Gold could have come from colliding stars 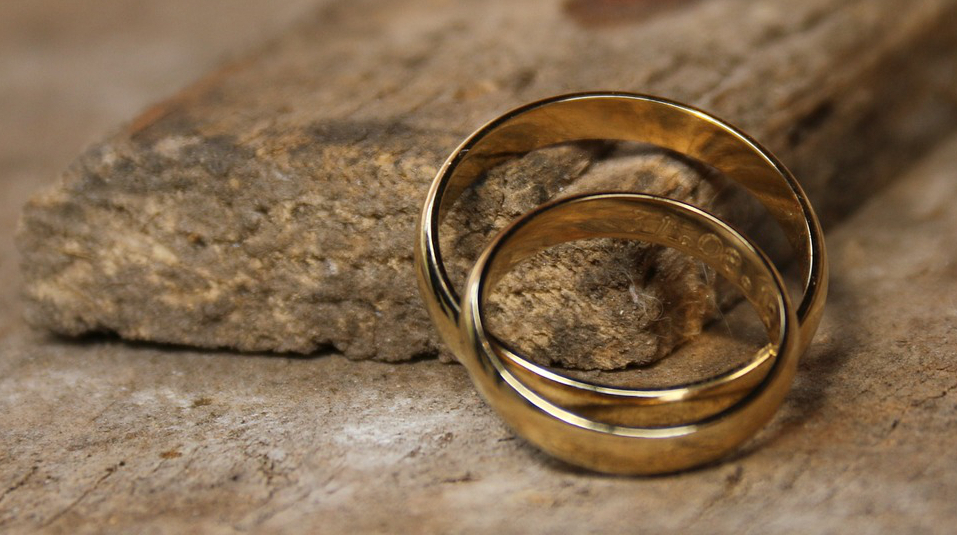 The collision of dense stars may have led to the formation of gold and other heavy elements. Image credit: Pixabay/ Public domain

If you are wearing a gold ring on your finger, it may well have started life in the collision of two neutron stars - small celestial objects that are formed when massive stars collapse.

That is the conclusion of physicist Dr Andreas Bauswein at the Aristotle University of Thessaloniki in Greece and colleagues, who have been studying the ramifications of such colossal events in computer simulations.

‘The formation of heavy elements is a major topic in stellar astrophysics,’ said Dr Bauswein. ‘We want to understand where and how elements like gold and uranium were produced.’

Our own fairly small star, the sun, can generate helium by fusing pairs of atoms of the lightest element, hydrogen, at temperatures of millions of degrees. Elements heavier than helium – carbon, oxygen, nitrogen and so on – must be generated in bigger stars.

But even the biggest stars cannot produce the heaviest elements like gold and uranium during their lifetimes. Until recently, physicists believed that these elements could be forged only when massive stars reach the end of their lives and explode into supernovae.

‘There has been a kind of paradigm change in the last, say, five years,’ said Dr Bauswein, whose work has been supported by an EU Marie Skłodowska-Curie grant. ‘All recent simulations of supernovae find conditions that are not favourable for very heavy element formation.’

'We cannot understand the universe without understanding the formation of stars.’

Dr Bauswein and colleagues’ computer simulations have focused on another potential source for the universe’s heavy elements: neutron stars. These are the leftovers of certain supernovae explosions, composed almost entirely of the subatomic particles known as neutrons.

Neutron stars are incredibly dense – about as dense as the earth would have to be if you crammed it into the space of an Olympic swimming pool. It is perhaps no surprise, then, that the merger of two neutron stars is so catastrophic that plentiful gold and other heavy elements can indeed be produced – as some of the physicists’ computer simulations show.

The question, according to Dr Bauswein, is whether this picture can be confirmed by observations. Fortunately, the simulations predict that every merger should generate a characteristic ‘gravitational wave’ – a ripple in the very fabric of space–time.

The observation of the right kind of gravitational wave would be evidence that these events are taking place as predicted by the simulations. Gravitational waves were spotted for the first time earlier this year by the Advanced LIGO detector in the US, although the kind sought by Dr Bauswein and colleagues might need an upgrade in instrumental sensitivity, which may take a few years.

Of course, another question will remain: how do stars form in the first place?

Generally speaking, stars are born in cold clouds of interstellar gas, gradually accumulating matter by gravity until they are hot and dense enough to start fusing atoms, at which point they ‘switch on’. But physicists would like to know the precise factors that determine the mass of stars, and their rate of formation.

Dr Philippe André at the Astrophysics Laboratory of the French Alternative Energies and Atomic Energy Commission in Paris-Saclay and colleagues have been looking into this with a combination of computer simulations and high-resolution images, including those from the 12-metre APEX telescope in Chile and the European Space Agency’s Herschel Space Observatory. The research suggests that stars tend to form along dense filaments within interstellar clouds.

Moreover, these dense filaments appear to be inherently unstable, breaking up under gravity into regular-sized chunks. Dr André believes that this breaking-up phenomenon could be why the most common mass of a star in the universe is about half the mass of our own sun.

Even then, there is more to discover. For instance, no-one is certain about the role played by magnetic fields in bringing matter together.

‘This area of science is particularly interesting for me because it relates to the question of the origin of our own solar system,’ said Dr André, whose work is backed by the EU’s European Research Council. ‘We cannot understand the universe without understanding the formation of stars.’

Where do common elements come from?

Hydrogen and helium – the two lightest elements – came into being shortly after the Big Bang and formed the first stars. Lithium, which today can be found in smartphone batteries, was also present in trace amounts.

A series of nuclear reactions in stars enables helium nuclei to fuse together to form beryllium and then carbon, the main ingredient of life on earth.

Large stars are the birthplace of some minerals essential for our nutrition, such as sodium and calcium, as well as silver and rare earth elements such as scandium and yttrium, which are used in today’s electronics. More importantly, oxygen is produced in the fusion of carbon and helium.

The extreme environment of a dying star enables the formation of roughly half of all heavy elements, such as xenon, which is used in camera flashes.

New research indicates that the other half of all heavy elements, including gold and uranium, are created in colliding stars, and not in supernovae as previously believed.

To be a meteorite hunter means to search for the unutterably rare. On any given patch of land the size of Wales, an average of two olive-sized space rocks will fall in a year. Scientists and collectors are forced to go to extreme lengths to find them, searching in deserts and Antarctica where they have a chance of spotting the stones against a plain background. But if that sounds like a challenge, then how about hunting meteorites that fell to Earth millions of years ago?