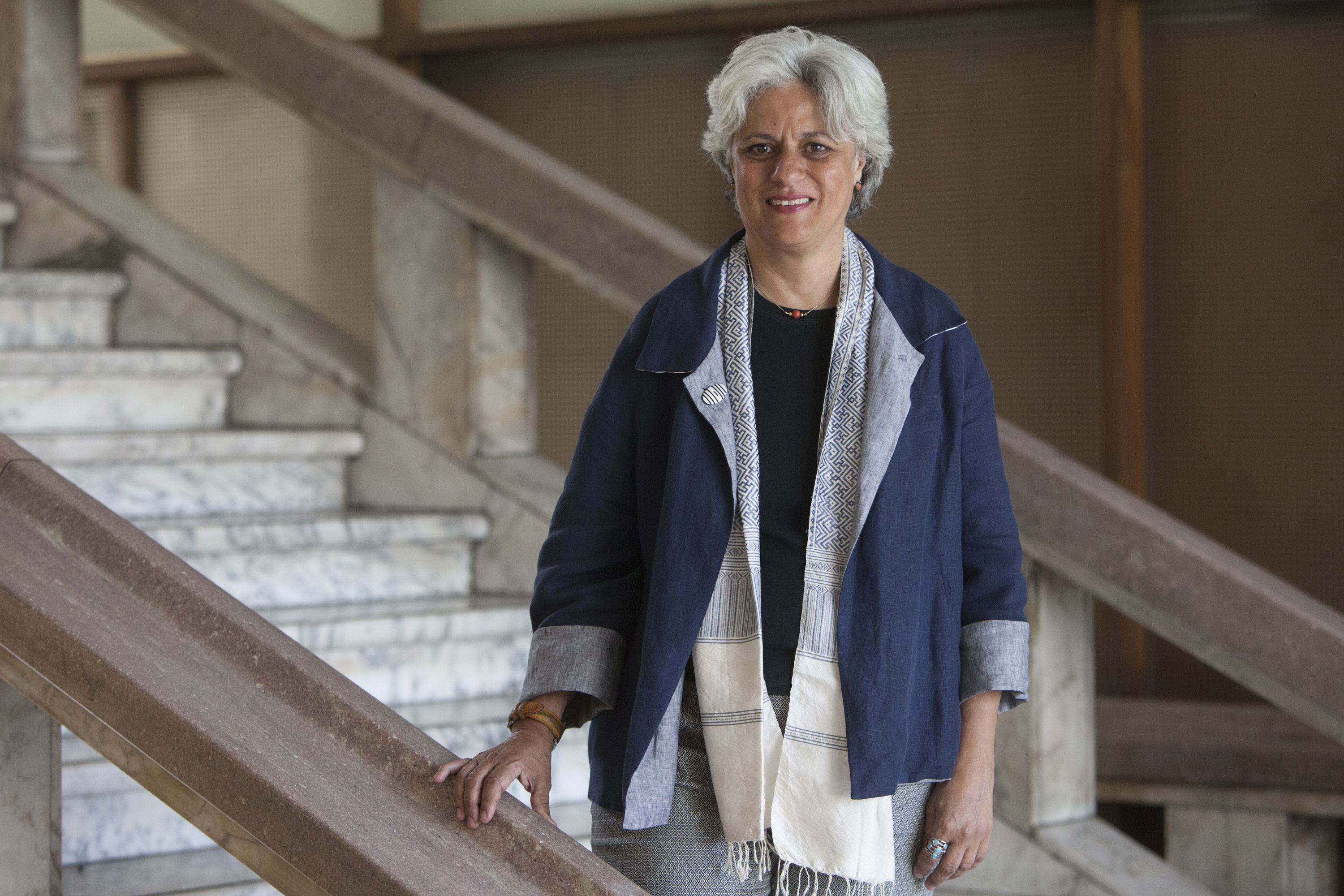 The number of undernourished people rose for the first time in over a decade in 2016 due to conflict and climate change, and more research is needed into how to increase the security of people’s food supply and manage migration, according to Cristina Amaral, Director of the FAO (UN Food and Agriculture Organisation) liaison office with the European Union and Belgium.

She is due to speak about investing in food systems and rural development to change the future of migration on 16 October at the Harnessing Research and Innovation for FOOD 2030 conference in Brussels, Belgium.

Can you explain how food security affects migration, such as that between Africa and Europe?

‘What happens is, when people are obliged to leave their homes because of instability or distress, migration can represent a possible coping or risk management strategy. In the face of the depletion of natural resources and also in countries where there is no social protection network to help to cope, people will move.

‘So, there will be large movements of people even within their own countries because people will move first to the cities and then they will enlarge the number of poor in the city, and from there they will be looking for either other opportunities or they will move to other countries.

‘The (2017) report on the state of food security and nutrition in the world shows that the trend in the numbers of undernourished people is on the increase. We had a downward trend up to last year but this year, due to conflict and due also to climate change, we see that we have 815 million (undernourished people in 2016), which is a huge increase from the 777 million of 2015.

‘We need to address the issues of conflict and natural disasters induced by climate change to really be able to achieve food security and reach the objective of the SDGs (UN’s Sustainable Development Goals) and eradicate hunger.’

What kind of migration patterns are we talking about?

‘It is very important to make a distinction between refugees with a status addressed by international law, (who are) obliged to flee their country due to conflict and instability, and the situation of economic migrants who are people who lost their livelihoods and are impoverished.

‘We have to be conscious that, in 2015, there were 244 million international migrants but the number of people who moved within their own countries was 763 million.’

How can we better manage food-related migration?

‘Giving people the possibility to grow their own food in their own country and improving food security in the (home) countries of migrants would be one way to address one of the drivers but not the only one because migration is such a complex issue.

‘In many cases also you have situations where agriculture is becoming more productive (with) more mechanisation and then, there is less labour absorbed by agriculture. This happened also in Europe and the people who used to derive their income from agriculture moved to industry, to services and to other sectors of the economy. There is a structural transformation that we have to take into consideration when we talk also about the changes in rural areas.’

‘We need to address the issues of conflict and natural disasters induced by climate change to really be able to achieve food security.’

What role can science and innovation play?

‘We need to build resilience in the communities to natural disasters and economic shocks, because these will continue, and if the system is able to adapt to a new shock and to bounce back, then you will recover quickly after a drought or a flood. Certainly there is a need to have more research on all the processes of how people really cope with disasters, how they bounce back and what are the best systems to help people to re-establish. Say, what kind of varieties could they cultivate after a drought that will enable them to get a crop and to get some income sooner? What kind of animal species are more resistant to the harsh conditions of dry land? There is (potential for) a large field of research in that area.

‘Then, there is another part of the equation, which is that in situations of rapid transformation in rural areas, it’s important to develop alternatives in manufacturing, services, transport and the value chain of agricultural produce.

‘We (see also) that there are enormous opportunities to use the territory and its ecological services (for) better utilisation of the resources, say, with recycling at the local level, but, this has to be studied at the local level. There is no one-size-fits-all solution. Therefore, there is a role for research to look at the different typologies of territories and livelihoods and to try to innovate new services, new products, new markets and better livelihoods.’

Does this mean we need to develop new technologies?

‘Innovation is part of human nature. We look at problems and we try to find solutions.

‘There is still a big leap available for some of the developing countries to reach much better yields than they have today with just the existing technologies. When you look at the number of countries that don’t have efficient irrigation and water systems, knowing that agriculture uses 70 % of the fresh water, if you just improve the water efficiency and reduce wastage by having a better management system, together with more knowledgeable farmers able to save and use their resources in a more productive way, already you can have productivity gains.

‘The second aspect of the equation is that, today, one-third of the food produced is wasted or lost so, if you just reduce losses, we’ll have much more availability of food to get people out of malnutrition. There are always new frontiers of science that countries may adopt that really correspond to their policy choices.’

What are some of the major challenges we face in terms of future food security?

‘The FAO and OECD (Organisation for Economic Co-operation and Development) publish the Agricultural Outlook that looks at global food and agricultural trends. Although there is a growth in terms of the overall production, there are inequalities that mean that not everybody will have the same share of that growth and that is the biggest challenge - (how to) promote growth in a sustainable way with equity and with a system of redistribution that will also to help to reduce rural poverty.’

What is the FAO doing in this regard and how does it tie in with the Sustainable Development Goals (SDGs)?

‘(The) FAO works across a large number of SDGs but goal 2, zero hunger ... has been (developed) to see food and nutrition security as a complex equation that requires an holistic approach and complementarity of actions to track the root causes both of hunger and malnutrition.

‘So, one of the actions is to foster sustainable development with improvements in productivity and incomes of small food producers but also, more resilient food production systems and a sustainable use of biodiversity, genetic resources and the natural basis on which food production is anchored. We are looking at a model of development where we want to reach several objectives to end hunger but at the same time, to promote sustainable agriculture as I said, through model usage of water, land and crops that really reduce the harmful effects on the environment.’

How does the EU’s FOOD 2030 initiative complement the UN’s goals?

‘It certainly promotes those goals in terms of the approaches to innovation and to promotion of environmentally friendly agriculture.’