Wheat straw waste could be basis for greener chemicals 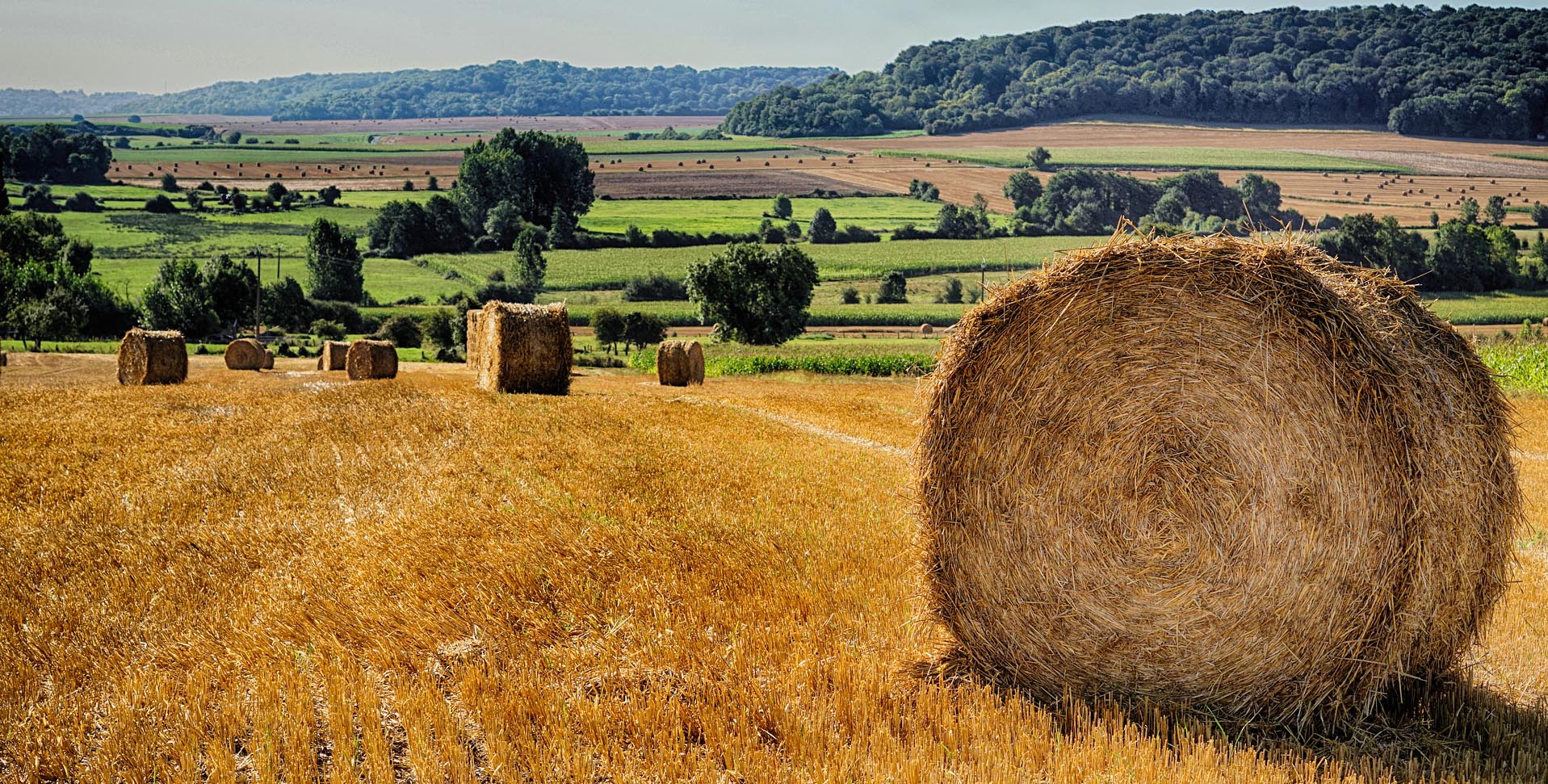 The straw leftover from harvested wheat could be turned into bio-based chemicals that offer high greenhouse gas savings and do not compete with food supplies or damage ecosystems.

Researchers are hoping to use the huge amounts of wheat straw currently left to rot on European farms to develop the building blocks for greener biochemicals.

The wheat stalks left behind after harvesting cannot be eaten by animals so are normally used as bedding for livestock or left on fields as a way to enrich the soil.

But the OPTISOCHEM project, funded by the EU's Bio-based Industries Joint Undertaking Programme, is hoping to transform this excess material into something more useful — a gas called bio-isobutene.

‘Wheat straw is the most important type of agriculture residue in the EU – about 144 million tonnes accumulate each year,’ said Bernard Chaud, director of industrial strategy at Global Bioenergies, in France.

Sugars found in the wheat straw are fermented and turned into a gas at a biorefinery, where bio-isobutene can then be extracted and in turn can be used to create biochemicals. These can then replace fossil fuel-based chemicals that are used to make many plastics, paints, tyres, lubricants, adhesives and sealants.

It could offer a new carbon-neutral energy source called biofuel — one that sucks carbon out of the atmosphere as the plants grow and does not release additional emissions when it is burnt, unlike coal, oil or gas.

‘We think we can reduce fossil fuel resources used by 80-100 %, depending on the material.’

Biofuels are considered to be one of the most realistic alternatives to fossil fuels for the transport sector, in particular for the aviation and maritime industries.

But biofuels have come under intense scrutiny as they compete with food crops for land, often in parts of the world where food security is already threatened.

Their carbon emission reductions have also been questioned due to the amount of land and infrastructure needed to produce them.

‘We are facing a challenge — we need more produce for a growing population but we have limited resources,’ said Chaud, who is the coordinator of OPTISOCHEM. ‘At the same time we want to protect the environment and reduce fossil fuel use. With bio-isobutene from wheat straw, we can use a feedstock already available (for biochemicals).’

According to analysis conducted by Chaud, if just 48 million of the 144 million tonnes of wheat straw waste produced in the EU annually was collected, it could produce 21 million tonnes of sugar that could feed 100 commercial biorefinery plants to produce steady supply of biochemicals for use by different industries, including biofuels, and substitute the equivalent of 35 million barrels of fossil fuel per year.

These plants could be built in rural regions where most wheat farms in Europe are often located, bringing new jobs to the countryside during construction and operation.

‘It offers an additional revenue stream,’ said Chaud. ‘(Farmers) will not only sell the grain, but also the straw.’

By the end of the project, Chaud hopes they will have the plans for the first commercial biorefinery, which he said could start paying farmers for their wheat straw in under a decade.

But if plant owners and farmers both have an incentive to collect wheat straw, could too much organic material be taken off the fields, exposing the soil to erosion and degradation?

‘In sustainable farming a fraction of this (wheat straw) residue should remain in the field to reduce erosion and protect the organic carbon and nutrients in the soil,’ said Chaud. ‘But you can export up to 30-60 % without endangering soil quality.’

The project is also taking a conservative approach and only considers one third of the available wheat straw to be available for biofuel and biochemical production in their calculations of the potential future market.

Meanwhile, the leftover materials from the processed wheat straw can be used as an alternative to fossil fuel-based fertilisers, a by-product that would support, rather than hinder, sustainable agriculture.

Additionally, wheat straw waste can be used to support a greener construction industry too.

The EU-funded REHAP project is attempting to transform wheat straw waste into new products that can be used to make eco-friendly resins for wood and biochemicals for greener cement.

‘We are extracting sugars and lignin from wheat straw waste,’ said Dr Miriam García, a materials scientist at Tecnalia Research and Innovation centre in Gipuzkoa, Spain, who helps coordinate REHAP. The project is nearing the end of its first year where the researchers have been developing the processes to extract these biochemicals.

From this material, the team aims to develop bio-resins that can be used to reduce the amount of fossil fuels used to develop artificial chemicals currently used when making wooden planks and boards.

Their biochemicals could also act as an improved binding agent in concrete, helping to reduce the amount of water needed during construction.

They are also extracting sugars and tannins from forestry waste, which will be used to develop wooden boards as well as sustainable polyurethanes, a type of polymer used in home insulation, furniture and bedding.

‘We are demonstrating the viability of using this waste in such a massive sector like construction,’ said Dr García.

By combining biochemicals from wheat straw and wood waste, Dr García believes they could have a big impact on the fossil fuel emissions of the construction industry.

‘We expect to reduce carbon dioxide emissions significantly,’ she said. ‘We think we can reduce fossil fuel resources used by 80-100 %, depending on the material (replaced with a REHAP alternative).’

Currently most wood waste is burned, but by locking it into buildings, carbon can be captured rather than released once again into the atmosphere.

‘We add value to this waste, not only by creating products that save energy or store carbon, but through products that have a higher economic value,’ said Dr García.