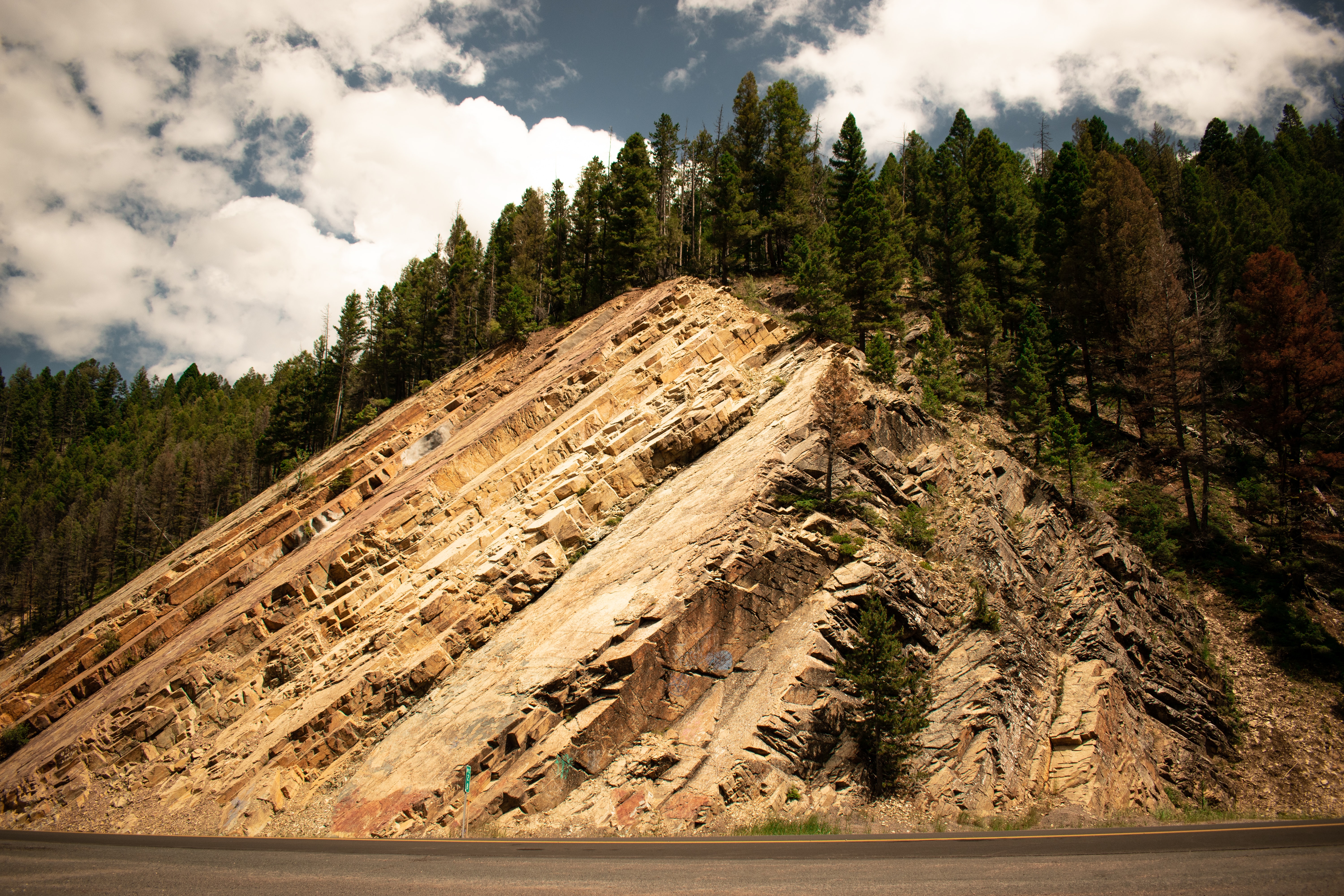 Megathrust earthquakes happen at subduction zones, where one tectonic plate is forced under another. Image credit - Marco Reyes / Unsplash

At 03:34 local time on 27 February 2010, Chile was struck by one of the most powerful earthquakes in a century. The shock triggered a tsunami, which devastated coastal communities. The combined events killed more than 500 people. So powerful was the shaking that, by one NASA estimate, it shifted Earth’s axis of spin by a full 8 cm.

Like nearly all the of the most powerful earthquakes, this was a megathrust earthquake. These happen at subduction zones, places where one tectonic plate is forced under another. If the plates suddenly slip – wallop, you get a massive earthquake. The 2010 Chile quake was a magnitude 8.8: strong enough to shift buildings off their foundations.

We understand subduction zones poorly, which is why geophysicist Professor Anne Socquet, based at Université Grenoble Alpes in France, had planned to visit Chile. She wanted to install seismic monitoring instruments to collect data. By coincidence, she arrived just a week after the quake. ‘It was terrifying,’ she said. ‘The apartment we had rented had fissures in the walls that you could put your fist inside.’

Most people who study megathrust quakes focus on the foreshocks that immediately precede the main quake, Prof. Socquet says. But an unusual feature of megathrust quakes is that they are often followed by a series of other very powerful megathrust quakes several years later and with epicentres hundreds of kilometres away. The 2010 Chile quake, for instance, was followed by other events in 2014, 2015 and 2016 centred on areas up and down the Chile coast. Prof. Socquet wanted to look at these sequences of megathrust earthquakes and investigate the potential links between those great quakes. This requires a careful examination of seismological and geodetic data at a greater scale than has previously been done.

‘No one knows what the initial trigger is, the thing that triggers the first slip.’

We know that megathrust quakes are the result of the subduction of one tectonic plate below another. But beyond that, we have very little understanding of the dynamics of the subduction and how it might trigger an instability that leads to another megathrust event a few years later. There is some evidence that it could be to do with the release and migration of fluids at great depth. Prof. Socquet’s DEEP-trigger project is about filling that gap. ‘This is kind of virgin territory in terms of observations,’ she said.

The first step of the six-month-old project was supposed to be adding to the network of about 250 GPS instruments that she has contributed to in Chile since 2007 and building a new instrument network in Peru. Currently unable to travel to South America due to the Covid-19 pandemic, she’s been working with local contacts to begin the installation. She’s also working on computational tools to begin analysing legacy data from the region.

‘The critical thing will be to have systematic observations of the link between the slow slip and the seismic fractures at large time and space scales. This will be a very big input to science.’

At the University of Pavia in Italy, mineralogist Professor Matteo Alvaro is also interested in megaquakes – albeit much, much older ones.

It turns out that we can get a unique window on subduction zones as they were millions of years ago. There are certain places, few and far between, where rocks that have been through subduction zones are forced up to the surface. By analysing these rocks we can deduce the depths and pressures at which the subduction happened and build up a picture of how subduction works – and maybe how megathrust earthquakes are triggered. 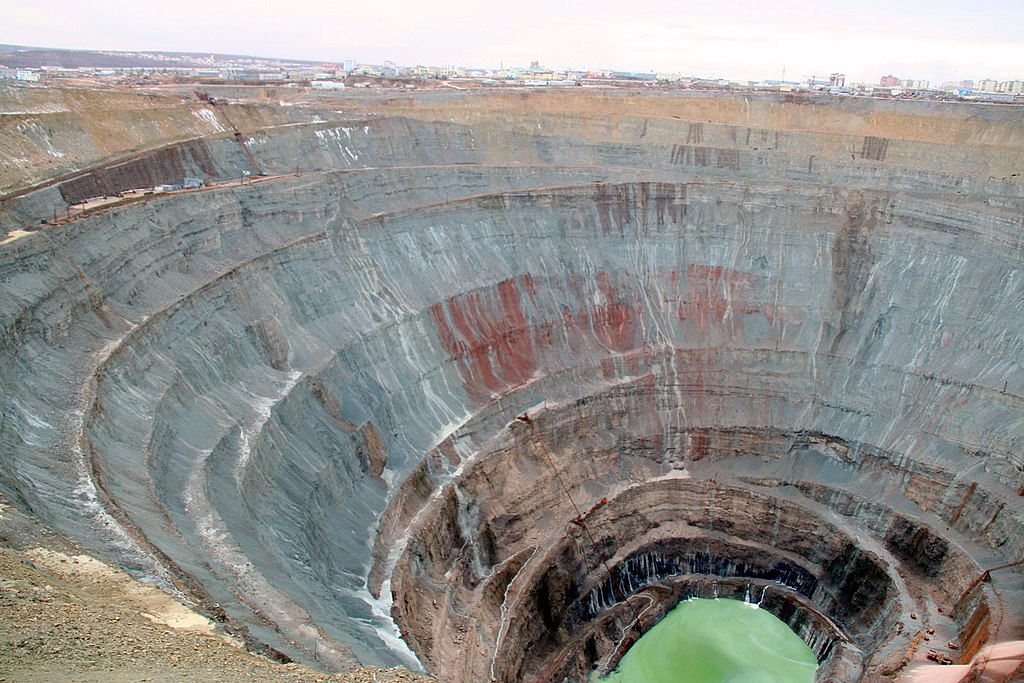 It usually works like this. Geologists find a rock made of a mineral with what’s called an inclusion crystal inside it. This inclusion was trapped inside the mineral as two subducting plates squeezed each other at great depth, perhaps 100 km or more below the surface. It will have a particular crystal structure – a specific, repeating spatial arrangement of atoms – which depends on the pressure it experienced as it formed. The crystal can reveal the pressure the inclusion was exposed to and hence depth it was formed at.

The trouble is, this is an over simplification. It only holds if the inclusion is cube-shaped – and it almost never is. This whole idea of pressure equals depth – we all know this might be incorrect, says Prof. Alvaro. ‘The natural questions is, okay, but by how much are we wrong?’ That’s what he decided to find out in his project TRUE DEPTHS.

The plan was simple in principle. Prof Alvaro wanted to measure the strain experienced by the crystal while still trapped inside the mineral. If he could understand the tiny displacement of the atoms from their usual positions in a typical, unpressurised crystal structure, that would provide a better measure of the stress applied by the surrounding rock as the crystal was formed and so a more accurate measure of the depth at which it was formed. To study the atomic structure, he uses a combination of x-ray crystallography and a technique called Raman spectroscopy.

Prof. Alvaro has just demonstrated the first successful application of his techniques. He looked at a sample of a rock from a location known as the Mir pipe in Siberia. This is a shaft of molten kimberlite rock that rose very fast from huge depths. (We get most of our diamonds from kimberlite pipes like this, and indeed, Mir has been mined extensively.) Prof. Alvaro looked at rocks of garnet with a tiny quartz inclusions inside that were brought up. ‘The kimberlite is the elevator that brings it to the surface,’ he said.

By measuring the strain on the inclusions, he could confirm it formed at pressure of 1.5 gigaPascals (about 15,000 times that found at Earth’s surface) and a temperature of 850oC. This isn’t entirely surprising, but it is the first proof that Prof. Alvaro’s technique really works. He is now looking to make more measurements and build a library of examples.

He also wonders, more speculatively, if it’s possible that the formation and deformation of the inclusions might act as the very first trigger of megathrust earthquakes. The idea would be that these tiny changes set off cracks in larger rocks that eventually lead a fault to slip out of place. Prof. Alvaro is planning to explore this further.

‘No one knows what the initial trigger is, the thing that triggers the first slip,’ said Prof. Alvaro. ‘We started thinking – and maybe it’s a completely crazy idea – that maybe it’s these inclusions. A cluster of them, maybe subject to an instantaneous phase change and so a change in volume. Maybe that could be the very first trigger.’