What does every crisis have in common? 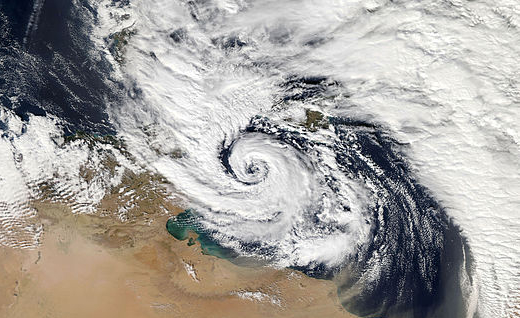 The recession, an ash cloud, floods, a food scandal or terrorist attacks; each event is different, but is it possible that they behave in a similar way? Social scientists are identifying characteristics of crises to help us prevent them from happening and respond when they occur.

‘We see the key crises as either being fast or slow burning,’ said Professor Leonard Seabrooke, a social scientist at the Copenhagen Business School, Denmark, who is mapping how crises develop as part of the EU-funded ENLIGHTEN project.

He said a fast-moving crisis, like a terrorist attack or natural disaster, is sudden, with heavy political involvement and causes that are generally known, while a slow-burning crisis, like house prices and unemployment, is gradual, with its causes far more subtle, particularly at the beginning.

In fact, a key task in dealing with a slow-burning crisis is defining its causes.

‘(The) issue of low birth rates in Europe would be an example,’ said Prof. Seabrooke. ‘Having enough people to pay into the tax system and the pension system is pretty important.’

But who is actually responsible for keeping up steady birth rates; the government or the public? Or both? And if we end up with not enough people to pay tax, where will the money come from to keep the economy afloat?

Analysing these scenarios helps to reveal the nature of a crisis and, if causes are identified early enough, prevent matters getting worse.

‘Tax avoidance was a slow-burning crisis,’ said Prof. Seabrooke. ‘But after the tax leaks it turned into a fast-burning crisis and now the effort inside the EU to plug them is quite active.’

As part of ENLIGHTEN, researchers are mapping out fast- and slow-moving crises in terms of the key people involved in a particular risk area, whether it’s tax, housing and health, low birth rates or ageing.

‘With regards to terrorism you often don’t have time to warn people.’

By pinpointing these different experts, researchers can create a picture of what a crisis looks like and begin to understand how a crisis behaves as well as what can be done to improve alertness.

‘The range of experts we mapped for tax are actors in tax firms, law, government policy, and NGOs,’ said Prof. Seabrooke, who is also project coordinator of the ENLIGHTEN project.

‘We are comparing the types of expert networks across different paired cases. Banking regulation and tax governance are one of these pairs. We can trace this behaviour (calling specific experts) following the recent economic crisis and see if it matches how banks or particular organisations acted in or around the time of the last crash,’ said Prof. Seabrooke.

This type of behaviour analysis could provide a way of spotting a new crisis emerge and then identifying who is likely to have the knowledge to prevent its development.

Some events, however, cannot be prevented and the challenge in that case is how to best prepare for the inevitable.

Dr Christian Kuhlicke from the Helmholtz Centre for Environmental Research in Germany says the most important factor in both scenarios is communication.

‘We take it for granted, but it’s the backbone of a lot of risk management,’ he said. ‘Many organisations are investing heavily in communication because they want to improve warning systems so people know what to do.’

Dr Kuhlicke is the project coordinator of the TACTIC project, which has developed an online platform that allows organisations to assess their risk communication and learn more from best practices in dealing with terrorism, pandemics, floods and earthquakes.

Organisations can share their experience on topics like expanding rivers to avoid floods, better building codes to reduce damage and encouraging local actors to protect themselves.

In Saxony, Germany, for instance, TACTIC found that during a flood some people go from household to household in order to warn people as electricity might no longer be available and telecommunication systems might have failed; which would help many elderly people at risk.

Dr Kuhlicke says that having easily accessible information is vital to prevent life threatening situations in a fast-moving crisis.

‘With regards to terrorism you often don’t have time to warn people, it’s the key characteristic, it can happen anywhere and anytime,’ he said.

It’s the same with a natural disaster, like an earthquake, which makes preparing at a local level very difficult.

Knowing how people are naturally inclined to communicate during different types of crisis can highlight the best way of spreading information and limit the public’s vulnerability.

For example, in the terrorist attacks in Paris in November 2015, citizens turned to social media to direct those near the violence to apartments where they would be safe.

‘During a terrorist attack people are often demanded to stay at home,’ said Dr Kuhlicke. ‘With a flood event it’s very different; you have huge solidarity, people support each other.’

Dr Kuhlicke says that for best practice in a crisis, it is not enough just to provide information. ‘Communication has to be based on a certain degree of dialogue that can either provide feedback or an opinion that can influence risk and disaster management.’

He says that the international nature of many crises means that working across cultures and backgrounds is one of the key challenges for the future. ‘Risk and disaster management has become increasingly cross border and we need to find the best ways to learn and exchange ideas,’ he said.