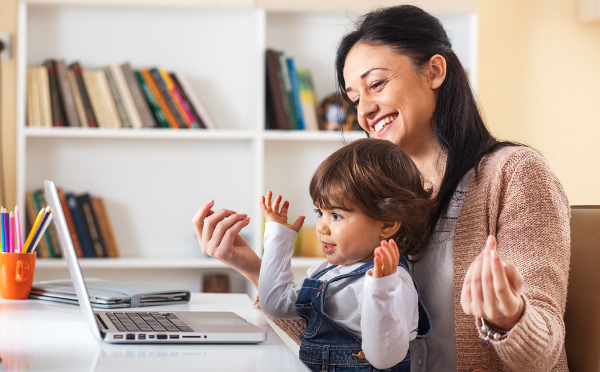 To buy or not to buy? That is the clothes shoppers’ eternal question - and it’s one that’s even trickier when shopping online. Now, help is at hand in the form of 3D avatars that are tailored to your own body shape and allow you to virtually try on clothes before deciding whether or not to buy.

In the coastal Spanish city of Valencia, researchers at the Biomechanics Institute (IBV) are working on the specific issue of how to size up children’s clothes online. The EU-funded KIDSIZE project aims to create a smartphone app and web-store interface that will let parents create a 3D avatar for their children that they can use to virtually try on clothes.

Project manager Alfredo Ballester explains that kids’ sizes are especially difficult to get right. ‘Children’s sizing has the particularity of being designed based on statures and being labelled based on age (months and years),’ he said.

That system, along with the different rate that kids grow, can make choosing the right fit confusing. What’s more, researchers found kids don’t often get much say in choosing their own clothes or their fit, even when they’re at a store. ‘Parents do not always take the children with them to the shops and when they take them, they rarely try it on,’ Ballester said.

The researchers are working on a mobile phone app that can let parents quickly and easily get their children’s sizes without breaking out a measuring tape. ‘The KIDSIZE app will be the first app for getting 3D representations of children that automatically extract their body measurements,’ Ballester said.

‘Body scans will be able to generate an accurate avatar.’

It works by using a smartphone camera to take two pictures. An algorithm then uses the silhouettes of the children in the pictures to create a template. That gets sent to a cloud computer server where it is converted into a 3D model, and a programming algorithm compares it with patterns provided by garment makers to find the best size. Those algorithms are tweaked for each type of clothing, whether it be trousers or T-shirts.

The project began in 2013 and researchers have already developed a prototype of the body capture app and are about to release the prototype website interface.

‘We are now at the integration phase where all the components will be put together and follow a debugging and refinement process until the end of the year, when we will start a validation in real contexts,’ said Ballester.

He’s optimistic for success, as the engineers have already developed a similar sizing system for shoes that is being used in Europe. The project is also driven by industry associations like Children’s Fashion Europe, Novachild and the Spanish Association for Childhood Products (ASEPRI) in order to ensure a ready list of clients.

Meanwhile, entrepreneurs at the start-up Dressformer are working on solving the same problem for adults. Their technology, which has been partly funded by the EU, uses a similar photo technique to build up a 3D model - but this time of clothes, not people.

Designers can take two photos of the front and back of a garment on a special graphically labelled surface, which is then transformed into a 3D model by Dressformer. Programming algorithms are used to accurately display how the fabric behaves and moves.

‘It will give you advice as to the best size for you and it will simulate folds and tissues where they should be,’ Dressformer chief executive Vagan Martirosyan said, noting that the idea is to provide the software to brands or to digitise their items for them if they are willing to share patterns.

‘Most of the time brands are willing to do it themselves because they say patterns are their know-how or their intellectual property.’

When users want to try on an item in the digital catalogue, they can go into a virtual fitting room and create a digital avatar by inputting their height, hips, bust and waist measurements. They can also upload a body scan file if they happen to have one on hand.

Such scanners are limited right now, but Martirosyan believes that such technology could soon be commonplace in mobile phones, acting similarly to Microsoft’s motion-tracking Kinect sensor, which was originally developed for gaming.

‘Pretty soon, I presume within this year, we’ll see some new devices with structured scanners. Once (they are) there, users will be able to scan themselves and then these body scans will be able to generate an accurate avatar based on this information,’ he said.

Armed with their avatar, shoppers can try on different combinations of clothes to get a sense of style as well as how it might sit on the body. In addition to showing folds, Dressformer plans to add a heat map as well to show where clothes are tightest and loosest.

If a user is still not quite sure, they can share pictures of an outfit with friends using a Facebook-compatible app to get a second opinion.

Martirosyan said that ultimately a good fit is the most important factor for a buyer. ‘The key question we have to answer is will it fit. The second question is how it looks.’ He said that fit is one of the reasons why the sales conversion rate, or the amount of customers that actually go on to make a purchase, is much higher in physical stores than online.

‘The conversion rate in stores is about 60 % plus. But the online conversion rate is about 2 %. In order to grow this conversion rate, brands will have to use different tools to help their consumers make purchasing decisions. This technology is one of those that can give this confidence to the consumer.’

Dressformer is currently in a closed beta test, but Martirosyan says the company plans a release soon. ‘We hopefully will launch a pilot project in the US by the end of this year with a sportswear brand.’

Under Horizon 2020, the EU has set aside EUR 3 billion to help small- and medium-sized enterprises grow.

The idea behind the so-called SME instrument is to help high-potential businesses with innovative ideas ready their services or products for the global market.

Funding and coaching support is available at three stages of the business cycle: proof-of-concept, development and demonstration, and go-to-market.