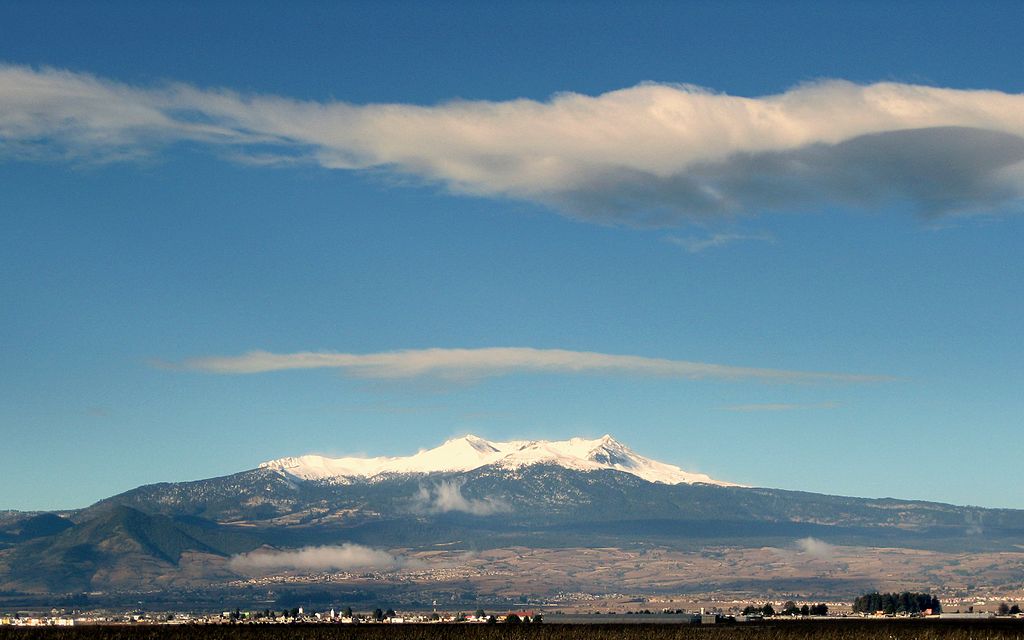 Better predictions of volcanic eruptions would help protect the lives of those living close to them. Image credit - Jorge Nava - Navart/Wikimedia, licensed under CC BY-SA 2.0

Dome-building volcanoes, which are frequently active, are among the most dangerous types of volcanoes since they are known for their explosive activity. This type of volcano often erupts by first quietly producing a dome-shaped extrusion of thick lava at its summit which is too viscous to flow. When it eventually becomes destabilised, it breaks off and produces fast-moving currents of hot gas, solidified lava pieces and volcanic ash, called pyroclastic clouds, that flow down the sides of the volcano at the speed of a fast train.

‘The hazards associated with them can be very spontaneous and hard to predict,’ said Professor Thomas Walter, a professor of volcanology and geohazards at the University of Potsdam in Germany. ‘That’s why it’s so important to understand this phenomenon of lava domes.’

Little is known about the behaviour of lava domes, partly because there isn’t much data available. Prof. Walter and his colleagues want to better understand how they form, whether they can vary significantly in shape and what their internal structure is like. Over the last five years, through a project called VOLCAPSE, they have been using innovative techniques to monitor lava domes by using high resolution radar data captured by satellites as well as close-up views from cameras set up near volcanoes.

‘Pixel by pixel, we could determine how the shape, morphology and structure of these lava domes changed,’ said Prof. Walter. ‘We compared (the webcam images) to satellite radar observations.’ 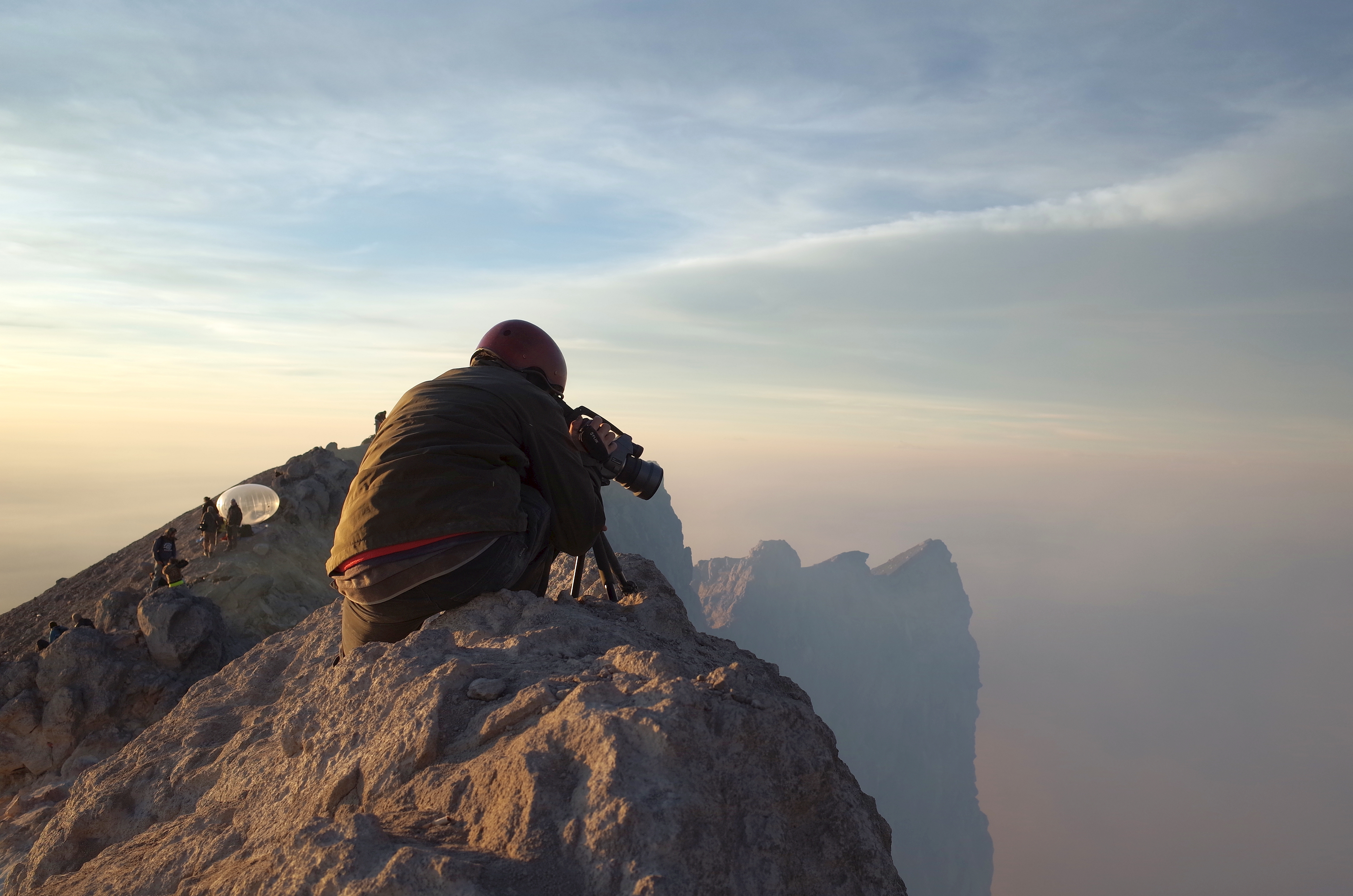 The project focussed on a few dome-building volcanoes such as Colima in Mexico, Mount Merapi in Indonesia, Bezymianny in Russia, and Mount Lascar and Lastarria in Chile. It partly involved visiting them and installing instruments such as time-lapse cameras powered by solar panels that could be controlled remotely. If a lava dome started to form, for example, the team could tweak the settings so that it captured higher resolution images more often.

Due to high altitudes and harsh weather conditions, setting up the cameras was more challenging than expected. ‘It was a sharp learning curve, but also trial and error, because nobody could tell us what to expect at these volcanoes since it was never done before,’ said Prof. Walter.

During their visits, the team also used drones. These would fly over a lava dome and capture high resolution images from different perspectives, which could be used to create detailed 3D models. Temperature and gas sensors on the drones provided additional information.

Prof. Walter and his colleagues used the data to create computer simulations, such as how the growth of lava domes changes from eruption to eruption. They found that new lava domes don’t always form in the same location: a lava dome may form at the summit of a volcano during one eruption while the next time it builds up on one of its flanks. The team was puzzled, since a conduit inside a volcano brings magma to the surface during an eruption, which would mean that it changes its orientation between one eruption and the next. ‘That was very surprising for us,’ said Prof. Walter.

‘Pixel by pixel, we could determine how the shape, morphology and structure of these lava domes changed.’

They were able to explain how this happens by examining the distribution of internal forces – or stress field - in a volcano. When magma is expelled during an eruption, it changes how the forces are distributed inside and causes a reorientation of the conduit.

The team also found that there was a systematic pattern to how the stress field changed, meaning that by studying the position of lava domes they could estimate where they had formed in the past and where they would appear in the future. This could help determine which areas near a volcano are likely to be most affected by eruptions yet to come.

‘This is a very cool result for predictive research if you want to understand where the lava dome is going to extrude (or collapse) from in the future,’ he said. 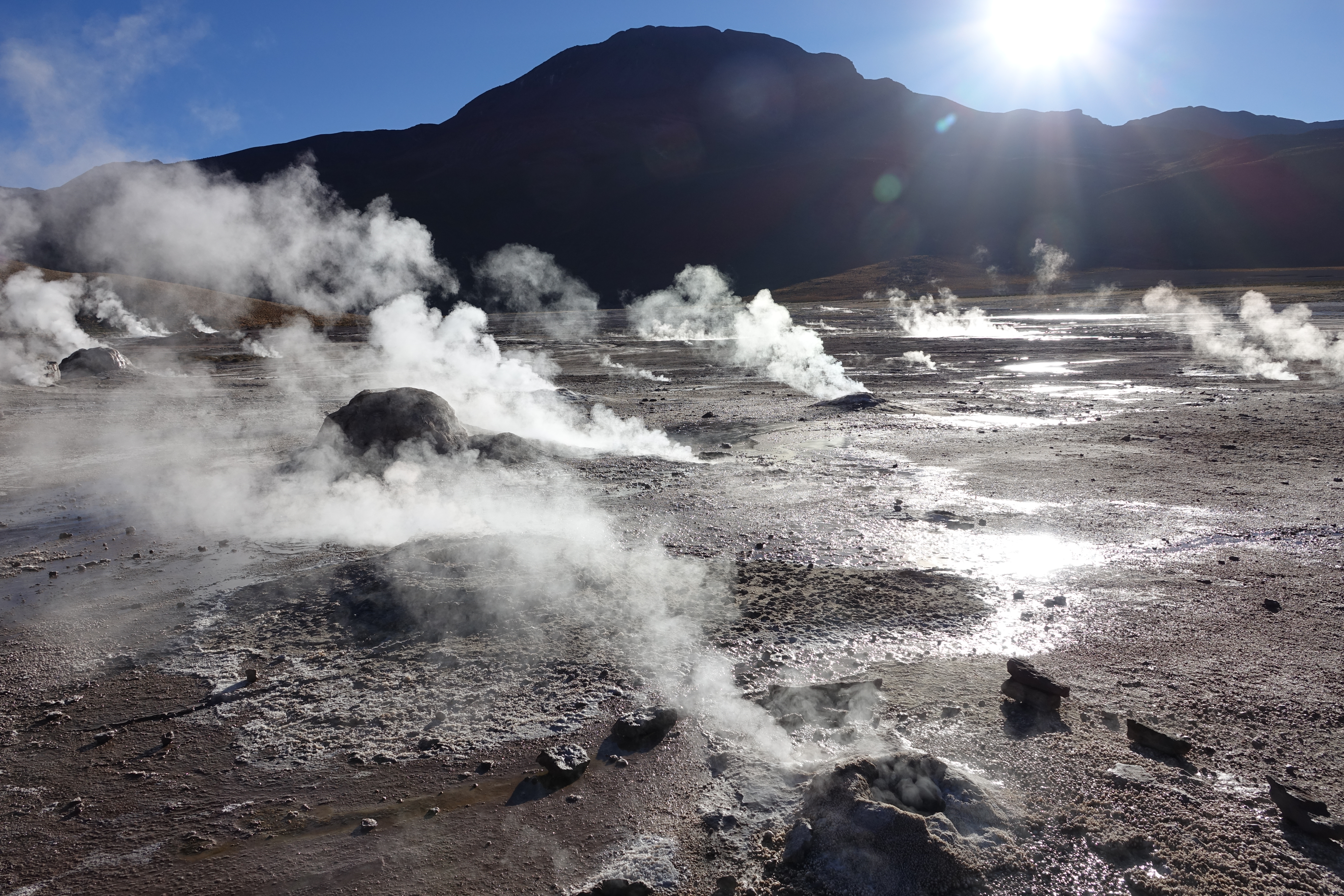 Knowing where a volcano will erupt from is one thing, but knowing when it will do so is a different matter and the physical factors that govern this are also not well understood. Although there is a relationship between how often eruptions occur and their size, with big eruptions occurring very rarely compared to smaller ones, a lack of reliable data makes it hard to examine the processes that control eruption frequency and magnitude.

‘When you go back in the geological record, (the traces of) many eruptions disappear because of erosion,’ said Professor Luca Caricchi, a professor of petrology and volcanology at the University of Geneva in Switzerland.

Furthermore, it’s not possible to access these processes directly since they occur deep down beneath a volcano, at depths of 5 to 60 kilometres. Measuring the chemistry and textures of magma expelled during an eruption can provide some clues about the internal processes that led to the event. And magma chambers can sometimes be investigated when they pop up at the surface of the Earth due to tectonic processes. Extracting information from specific time periods is still difficult though since the ‘picture’ you get is like a movie where all the frames are collapsed into a single shot. ‘It’s complicated to retrieve the evolution in time – what really happened during the movie,’ said Prof. Caricchi.

Prof. Caricchi and his colleagues are using a novel approach to forecast the recurrence rate of eruptions. Previous predictions were typically based on statistical analyses of the geological records of a volcano. But through a project called FEVER the team is aiming to combine this method with physical modelling of the processes responsible for the frequency and size of eruptions. A similar approach has been used to estimate when earthquakes and floods will occur again.

Using physical models should especially be useful to make predictions for volcanoes where there is little data available. ‘To extrapolate our findings from a place where we know a lot, like in Japan, you need a physical model that tells you why the frequency-magnitude relationship changes,’ said Prof. Caricchi.

To create their model, the team have incorporated variables that affect pressure in the magma reservoir or the rate of accumulation of magma at depth below the volcano. The viscosity of the crust under the volcano and the size of the magma reservoir, for example, play a role. They have performed over a million simulations using all the possible combinations of values that can occur. The relationship between frequency and magnitude they obtained from their model was similar to what was estimated by using volcanic records so they think they were able to capture the fundamental processes involved.

‘It’s sort of a fight between the amount of magma and the properties of the crust,’ said Prof. Caricchi. ‘They are the two big players that fight each other to finally lead to this relationship.’ 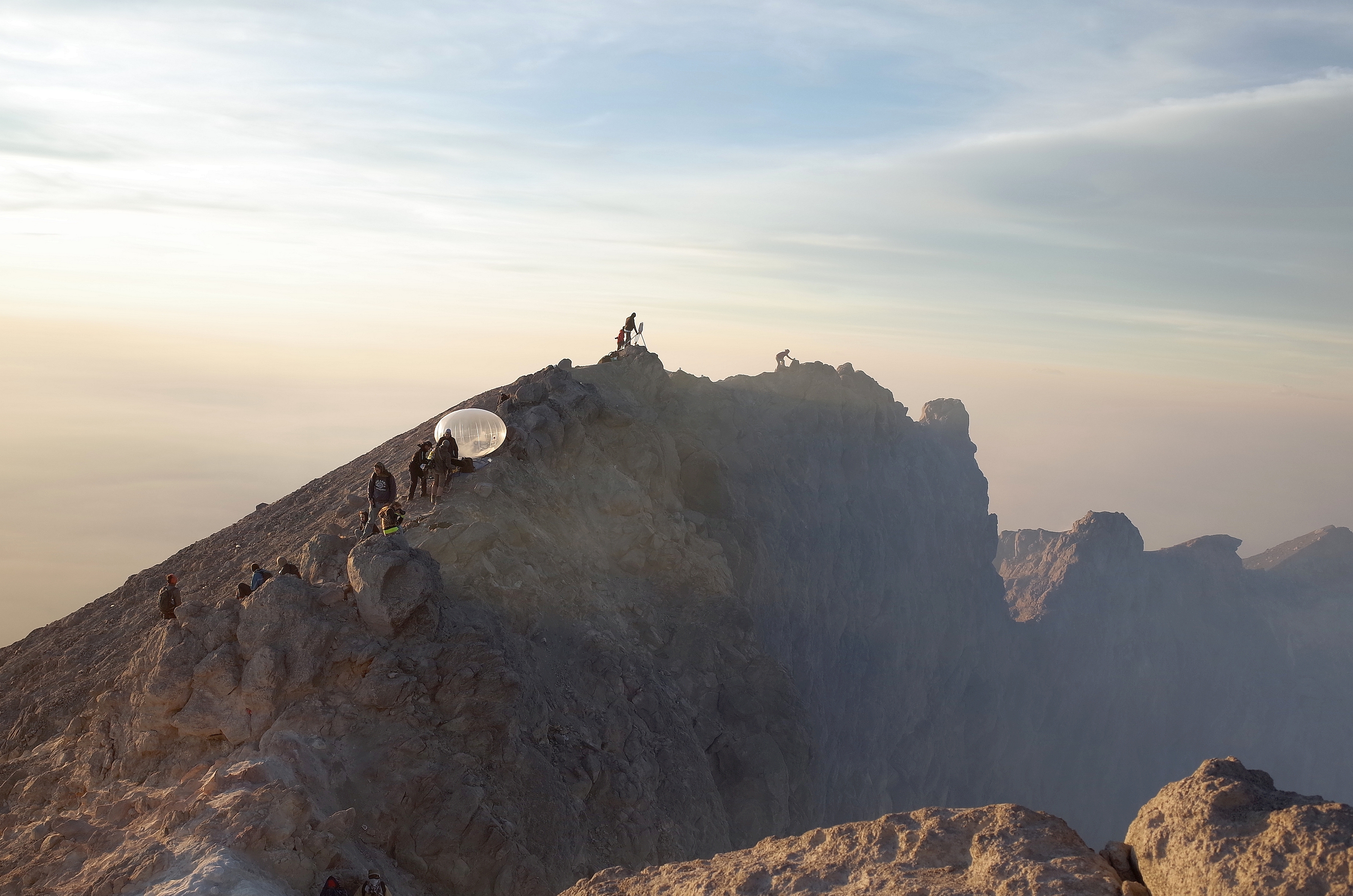 However, the team also found that the relationship between the size and frequency of changes across volcanoes in different regions. Prof. Caricchi thinks this is due to differences in the geometry of tectonic plates in each area. ‘We can see that the rate at which a plate subducts below another, and also the angle of subduction, seem to play an important role in defining the frequency and magnitude of a resulting eruption,’ he said. The team is now starting to incorporate this new information into their model.

Being able to predict the frequency and magnitude of future eruptions using a model could help better assess hazards. In Japan, for example, one of the countries with the most active volcanoes, knowing the probability of future eruptions of various sizes is important when deciding where to build infrastructure such as nuclear power plants.

It’s also invaluable in densely populated areas, such as in Mexico City, which is surrounded by active volcanoes, including Nevado de Toluca. Prof. Caricchi and his colleagues studied this volcano, which hasn’t erupted for about 3,000 years. They found that once magmatic activity restarts, it would take about 10 years before a large eruption could potentially occur. This knowledge would prevent Mexico City from being evacuated if initial signs of activity are spotted.

‘Once the activity restarts, you know you have ten years to follow the evolution of the situation,’ said Prof. Caricchi. ‘(People) will now know a little bit more about what to expect.’