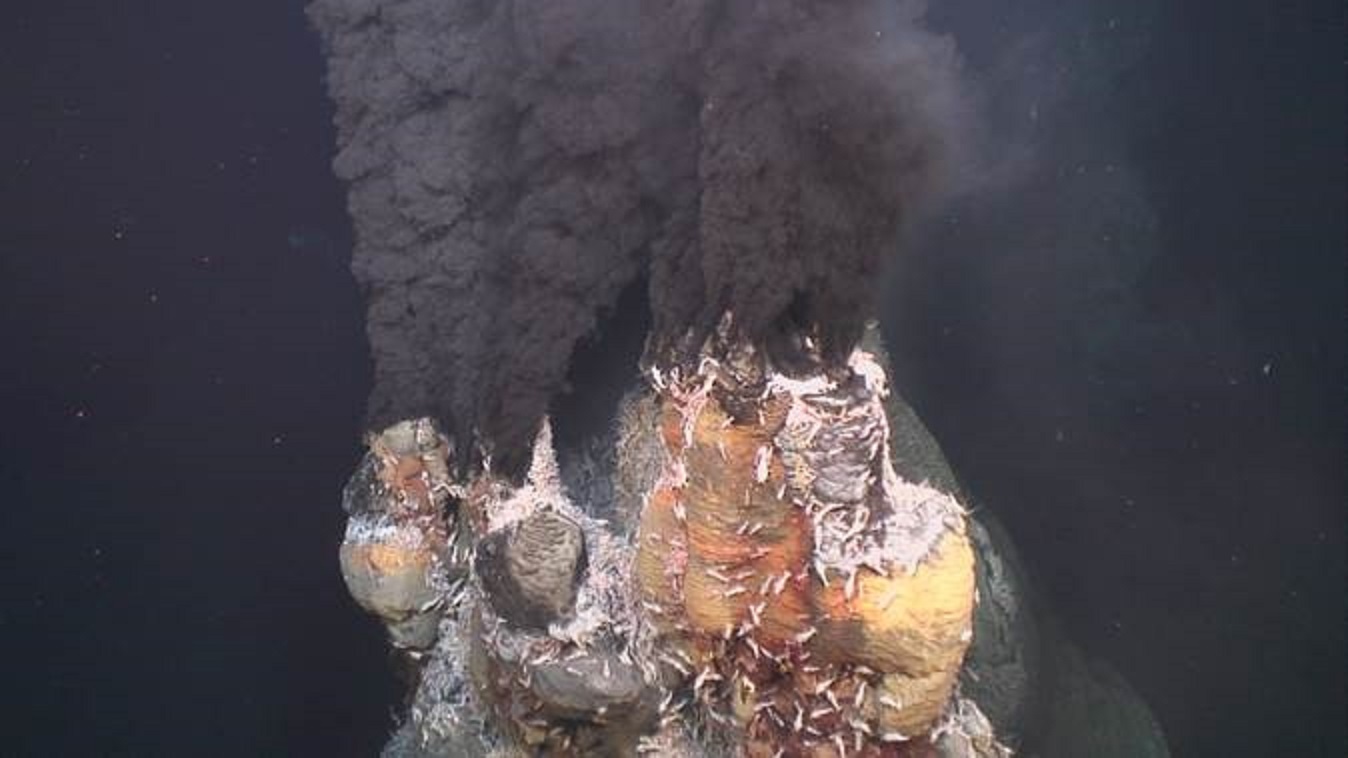 Treasure troves of raw materials are resting on the ocean floor and their potential abundance is driving the emergence of deep-sea mining, and throwing up concerns about the environmental impact.

The ocean covers two-thirds of our planet, and offers a lot more potential in finding valuable raw materials than the land. Like any sort of mining, this will leave its mark on the planet and there’s now a race against time to address the environmental risks before the emerging industry takes off.

‘You can destroy the area you mine, that’s bad enough, but you can also destroy huge areas around the mine.’

Plumes are clouds of dust that hang suspended within the water. The particles themselves can cause harm and in some areas they may also contain toxic chemicals. They can spread over large areas of the seabed, which can have devastating effects on ecosystems.

‘The impacts of particle rain falling down on fauna can clog the filter feeding mechanism of some organisms which may then die,’ said Prof. Weaver. ‘This is a challenge for the (deep-sea) mining industry.’

Other environmental risks range from loss of habitat over large areas to noise and light pollution. In light of this, the EU-funded MIDAS research project brought together industry and NGOs to examine how best to manage the environmental impacts of deep-sea mining.

MIDAS, coordinated by Prof. Weaver, carried out plume modelling to evaluate the impacts of deep sea mining. Their research confirmed the importance of constraining plumes to prevent significant damage to ecosystems.

They also explored the three main targets of deep-sea mining. The first was manganese nodules, golf-ball to potato-sized rocks that contain high amounts of valuable metals like copper and nickel. The second was cobalt crusts that cover exposed rocky seabeds and also contain copper and nickel, as well as cobalt and platinum.

According to Prof. Weaver, the most sustainable option is the third; seafloor massive sulphides. These huge three-dimensional deposits of copper, gold and silver are formed from hot fluids coming from the earth’s crust, yet mining them affects a smaller area of the sea floor.

‘You can destroy the area you mine, that’s bad enough, but you can also destroy huge areas around the mine.’

To collect these metals, mining companies are developing 50-foot-long remote-controlled machines that will cut up the ocean floor and suck up the minerals back to a ship on the surface.

Due to the infrastructure built around a land-based mine and the pollution this creates, Prof. Weaver believes going to the depths of our oceans may have less impact on the environment.

‘There could be an argument that mining sulphide deposits offshore is more sustainable than mining for similar deposits on land,’ said Prof. Weaver.

‘The same doesn’t apply to nodules and crusts because they are two-dimensional … so it will be more like strip mining, taking away the surface of very large areas, over 100 km2 per operator per year.’

According to Prof. Weaver, life around these volcanic undersea vents may reproduce quicker than other parts in the deep ocean as species here reproduce quicker, therefore allowing ecosytems to regenerate faster. However, through various mining impact experiments MIDAS also found that in general there is still a lack of understanding how any ecosystems would recover once mining ceased.

Meanwhile several countries are in the process of preparing for this emerging industry, but before the gold rush, the right legislation has to be put in place, and it’s currently being developed.

This has created a window where the industry could get its environmental approach right from the beginning and MIDAS is hoping its research helps legislators do just that.

‘We need a level playing field where all players meet high standards and they should be driven to meet them,’ said Prof. Weaver.

Arguably sulphide deposits may be the most sustainable source, but there is still potential of economically feasible and sustainable mining elsewhere in the ocean and with recent advances in technology this could be done with a low environmental impact.

Nodules, for instance, offer a lucrative opportunity and are found in abundance in different oceans. The EU-funded Blue Nodules project has developed an automated deep sea mining robot that hoovers up these potato-sized stones and sends them straight up to a ship where they are processed for sale. The production capacity will be 2 million tonnes a year, taken from water up to 6 kilometres deep.

‘Blue Nodules is based upon limiting (the environmental) impacts,’ said Laurens de Jonge, project manager. ‘We reduce the amount of sediment we take up so the seabed is left as undisturbed as possible.’

The project is also introducing technology to reduce noise pollution, prevent chemical waste and minimise pressure from its tracks. They are also working with MIDAS to help implement other measures that will reduce impacts, such as limiting plumes.

‘The total area where polymetallic nodules exist is huge, however the area suitable for mining is relatively quite small, in the context of the entire ocean,’ said de Jonge.

‘Even in areas that are scanned and approved for mining, they generally have only 10-20 % of space accessible due to slopes in the sea floor or other geographical hurdles, limiting the affected area.’

On the other hand, nodules only come into being after millions of years when minerals slowly deposit themselves in these potato-like shapes. The reason is still a mystery, but what is known is that they play some role in the ecosystems of these habitats.

According to de Jonge, there are ways to replace these nodules with artificial alternatives and Blue Nodules are looking at some solutions here. They are also planning to only mine at carefully chosen areas where ecosystems may be more resilient.

‘We consider it our responsibility to find sustainable technological solutions for deep sea mining and a responsible use by all players of the world’s oceans,’ said de Jonge.