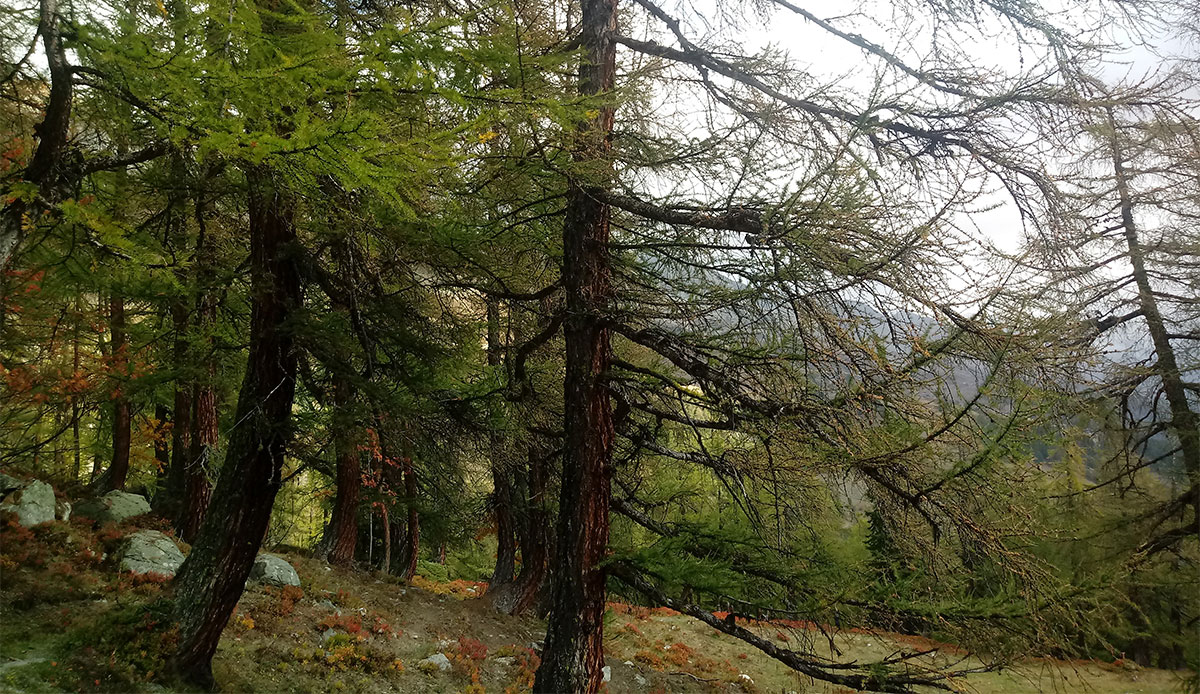 Rising tree deaths may be reducing the ability of many forests worldwide to lock up carbon by pulling in greenhouse gases from the air. To properly grasp what this means for carbon budgets, scientists need to solve the puzzle of why trees are dying – and how they respond to change.

‘There are widespread observations of increasing tree mortality due to changing climate and land use,’ according to new research. This appears to be transforming woodland habitats, with trees getting younger and shorter in many forests, the authors add.

Estimates suggest that forests have absorbed up to 30% of anthropogenic carbon emissions in the past few decades. Though the overall effects of tree loss on the carbon cycle are complex because old trees and the young ones that replace them take up carbon at different rates, rising mortality appears to be affecting forests’ ability to lock up carbon.

The researchers in the new study think that higher mortality rates may begin to outweigh the capacity of remaining and new trees to maintain that uptake at the same level – and potentially lead to an overall reduction of canopy cover and biomass.

‘It’s quite concerning, because at the moment, two to three of every 10 molecules of carbon dioxide in the atmosphere come back into the forests, but we don’t know how it’s going to continue into the future,’ said Dr Thomas Pugh, an environmental scientist at the University of Birmingham, UK.

Although the trend towards rising mortality and the changing make-up of trees in forests has been evident in more localised studies, the team’s literature review and data analysis of land-use change have indicated this is happening on a broad basis, he says.

Dr Pugh points out, however, that it’s not possible to say yet whether this is occurring everywhere because many locations still have not been studied. ‘What we’re showing is that if you look across all the forests, these trends are widespread, though different places are moving at different rates.’

Further research is needed to understand how forest changes relate to future carbon storage prospects. Many studies have looked at photosynthesis-related effects on storage, but another critical piece of the puzzle is understanding the rates and causes of tree death at a wide scale.

Until now, getting a global picture of this has been surprisingly difficult, says Dr Pugh.

This is partly because trees can live hundreds of years – and even if you manage to observe death, the cause is often unclear, he says. If you can get that information for one tree, you need to make thousands of observations to understand trends.

A project he leads called TreeMort, which was involved in the new research, is trying to improve understanding of lifespans by combining measurements made over the past four decades from a wide range of sources, including local studies, forest inventories, plant trait data and satellite observations. Only recently has enough information been amassed to really do this, he says.

So far, the team has gained insight on the more visible causes of death, finding that about 12% of tree mortality in terms of biomass loss across the world is caused by large disturbances, such as fires, wide-scale uprooting of trees by wind, harvesting and pest outbreaks.

‘I’d expected larger-scale events to account for a larger fraction overall,’ said Dr Pugh. ‘They have such a large impact on the landscape, but it turns out that in many forests, most of the action is happening at smaller scales.’ 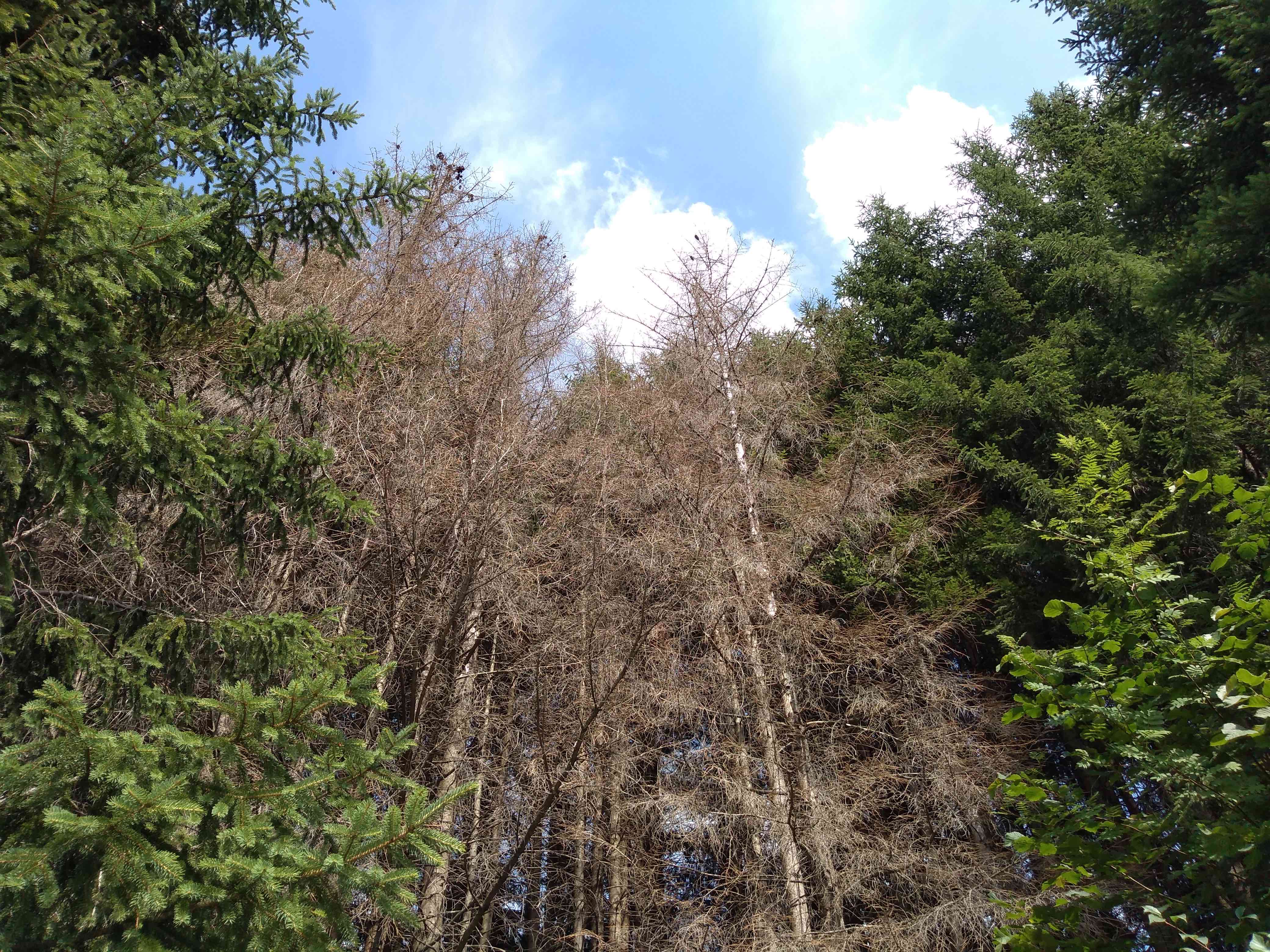 At the same time, he was surprised in a separate study at the extent to which trees in Europe seemed to ‘overwhelmingly’ die from harvesting.

The next step, he says, is to get a better understanding of the causes and timing of the remaining 88% from less visible events, such as smaller-scale harvesting and uprooting by wind, competition with neighbouring trees, disease, drought and longer-term climatic effects such as warmer temperatures.

Over the past couple of years, Dr Pugh’s team has been assembling and standardising data from a large variety of studies, and is now ready to take a closer look.

He believes getting this tree death information – and adding it to research into photosynthesis effects and tree numbers – can be a ‘game changer’ in forecasting carbon budgets more precisely. ‘We’re not going to remove uncertainty by any means… but we think we can put much tighter bounds on this carbon sink.’

Not only that, but understanding tree mortality has much wider implications for changes to forest ecosystems with respect to the mix and diversity of trees and animals they contain. ‘It opens up a lot of possibilities to build work on top of this, because the rate at which trees die has so many implications for ecosystems,’ said Dr Pugh.

‘In the light of climate change, it means that even boreal forests in a relatively wet climate might encounter drought stress.’

But we still have much to learn about trees at a far smaller scale to help improve global predictions for carbon storage over time. Trees lock up carbon in their wood and roots as they grow, so analysing growth of woody tissue and how this is affected by climate variations can shed light on storage prospects.

The INTREE project is seeking to do this in temperate forests in the Alps and Canada through a new approach it has developed for analysing the formation of xylem – woody tissue that conducts water and nutrients.

Observing processes at both scales is key for getting a more comprehensive overview, according to Dr Daniele Castagneri, a researcher for INTREE at the Swiss Federal Institute for Forest, Snow and Landscape Research (WSL).

Some of the team’s studies have already hinted at the importance of their approach. When the researchers investigated how budmoth outbreaks affected the European larch (Larix decidua) through defoliation – which can suppress growth by hindering photosynthesis – they found that previous studies may have underestimated resulting biomass loss by about 25%. 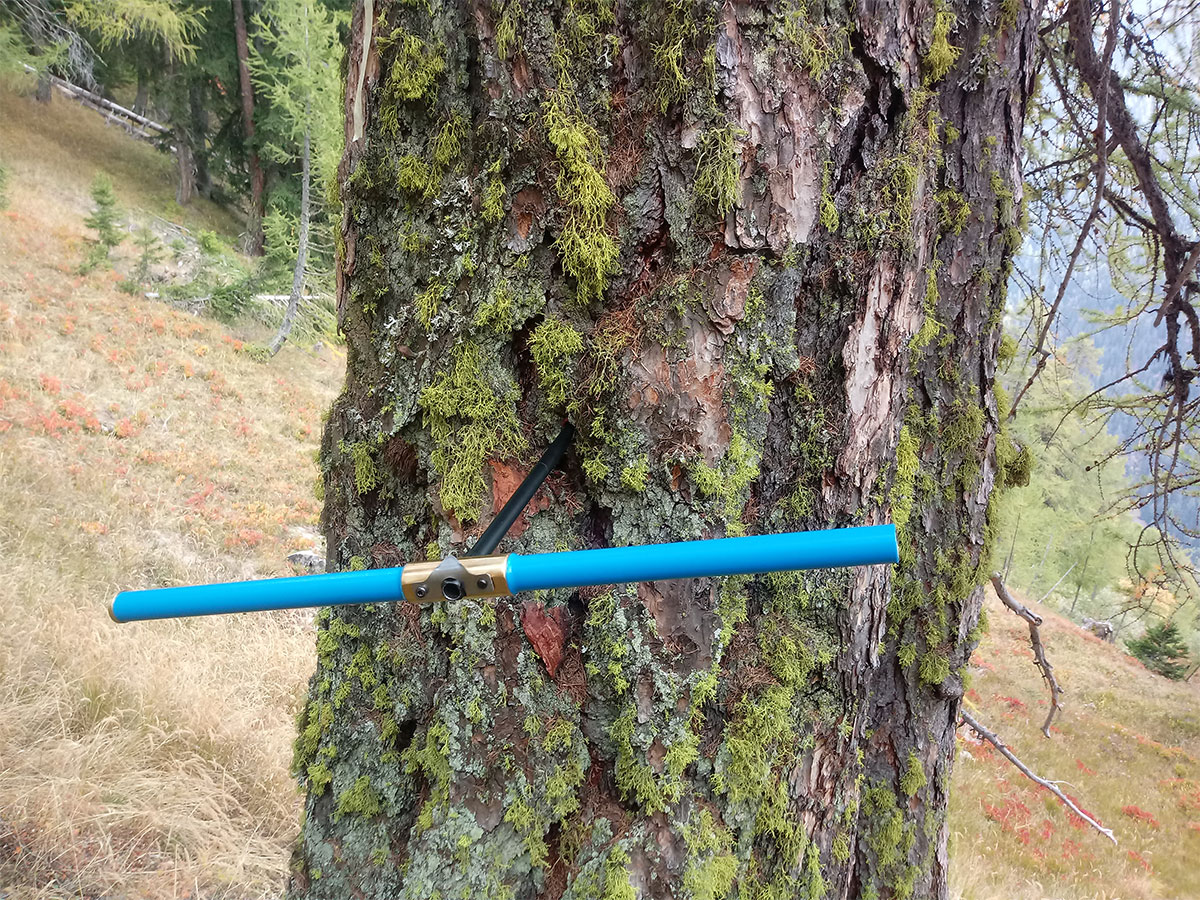 They have also found evidence that a warmer climate might in the long-term have an overall impact on reducing tree growth rates in boreal forests in some of the northernmost latitudes they examined in Canada. This contradicted their expectations that evidence would point to trees in that region actually growing faster in the future due to a corresponding longer growing season. The researchers suggest this could also lead to tree dieback, where trees die starting from their tips.

‘In the light of climate change, it means that even boreal forests in a relatively wet climate might encounter drought stress,’ said Dr Castagneri.

While such studies suggest that some climate effects may be larger than previously thought, he cautions that it is currently difficult to generalise because of the need for information on many more tree species and habitats.

Dr Patrick Fonti, another researcher at WSL who supervises INTREE, says this is being helped by a growing body of research. ‘We’re getting closer to that because there are several groups working in the same direction, so there’s more and more data coming together,’ he said.

In the next year or two, INTREE hopes to link its findings at an anatomical scale more directly to the carbon cycle, but Dr Castagneri says it will be some time before this can be done on a global basis.

‘Connections with the global carbon cycle are very complex, and scaling from the cell level to the forest cannot be easily done,’ he said.

He hopes the team will eventually be able to get a good quantitative grasp on carbon fluxes and combine this with other groups to boost understanding. Maybe then, he said, we can ‘have more precise models that predict what will happen to forests’.