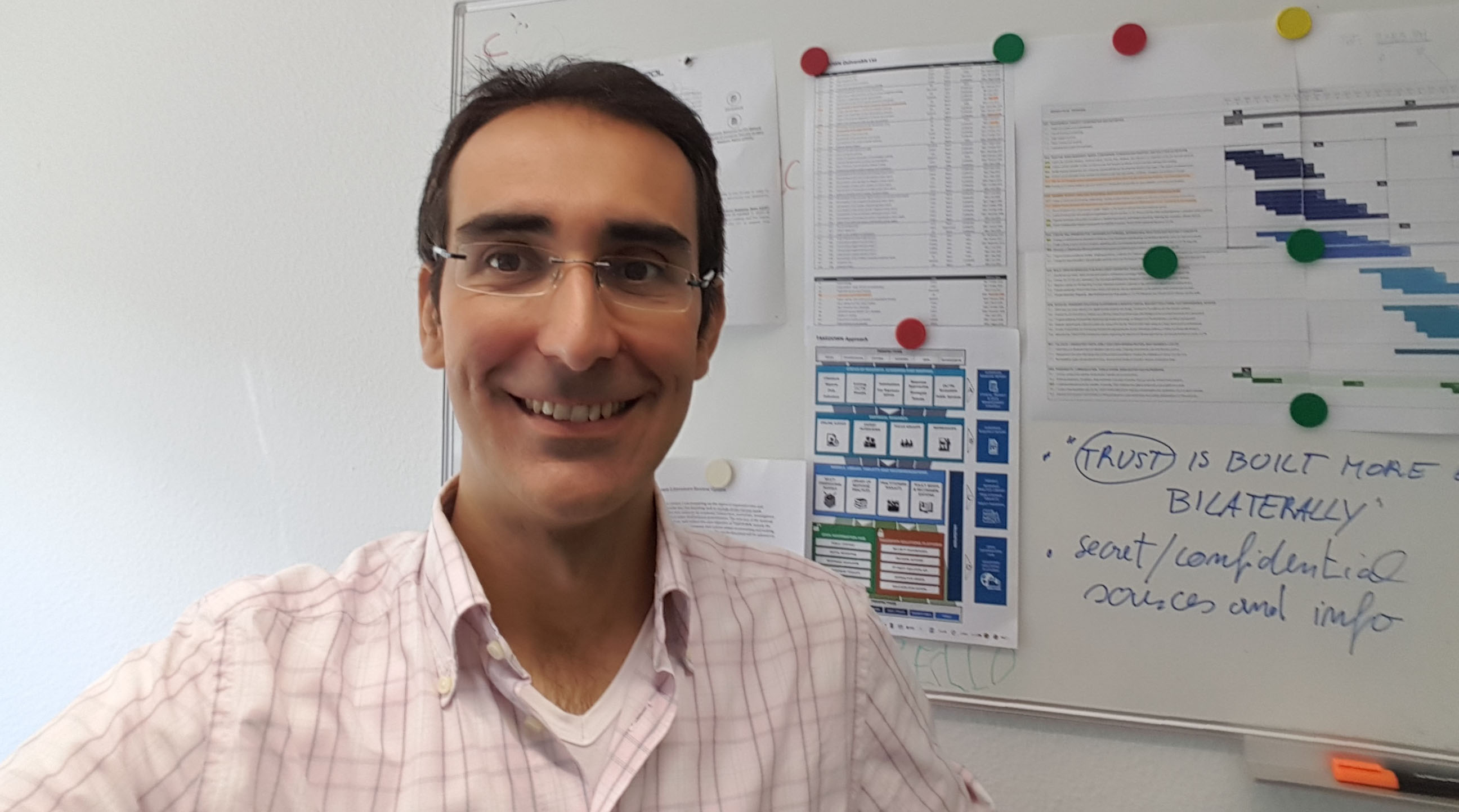 Investigators should capitalise more on the fact that terrorist cells often work with criminal organisations to achieve their goals, according to Dr Matteo Bonfanti, a senior researcher at the Center for Security Studies at ETH Zurich in Switzerland.

‘Recent attacks show that terrorists are also using tools we use in our daily life, like cars or knives. But think about what happened in Paris (France), where these guys were armed with machine guns. Who is going to deliver these arms? Most likely, these arms are brought to Europe thanks to criminal organisations.

‘If you are able to tackle this criminal organisation, and to follow the routes of weapons — and money — you can perhaps contribute to fighting and preventing terrorism. And if you are able to investigate the people connected with these activities, perhaps you also end up finding useful contacts to investigate terrorism. Or, think also about when terrorists do bank robberies to finance their activities. There are links, but it's not exactly clear what they are.’

What does your research tell us about the impact on people, on social cohesion?

‘We try to see the problem from different perspectives. We will try to understand when measures can be adopted to prevent people from becoming operative terrorists — to act at the early stage of a person getting in touch with people who can have a negative effect on him, so you can have this person step back and reintegrate in the community.

‘In order to do this, many of the measures involve families, communities. They really act on the social side. It means that you want to have much more participation from these groups. It's clear that you cannot only deal with the problem using repressive measures.’

What about the trade-off between prevention and human rights?

‘Because, in a way, you give more arguments to ISIS or to other radicals who say, “You see, Westerners perceive us as different, they interfere with our freedom of religion, they see us as a potential threat. So they are against us, they are different from us.” It really polarises differences between people that in general have no difference.

How have terrorism and organised crime changed over the years?

‘Now, what's on the agenda as a big problem is cyber crime, or the malevolent use of the internet for terrorist purposes. Ten years ago there was cyber crime, sure, but nowadays some studies already consider that it has become organised cyber crime. The dynamics are different from the dynamics of organised criminal groups in the real world. And we don't know a lot about this. More empirical research is needed.

‘It's clear that you cannot only deal with the problem using repressive measures.’

‘Cyber crime will be rising in the next few years. Also because it doesn't require you to buy a weapon, enter a bank, risk your own life — it's quite easy, from your computer, to engage in these kinds of activities, or to learn how to do so. In my personal opinion, the more we try to raise awareness, educate and make people aware of the risks, and also the consequences, the more we can prevent.’

What do you think are key areas where current prevention and response capabilities are lacking or need upgrading?

‘There is in general a lack of cooperation between all stakeholders. I’ll give you a very concrete example. In most cases, cyber crime activities or the results of these activities are not reported. These data are produced by private companies, because they know if there was a data breach. Sometimes this information is not communicated to other actors involved in the response, just because most companies are afraid that if they declare a cyber attack, perhaps their clients will not trust them anymore. The problem is exacerbated at the international level, when you should have different public authorities sharing information across borders.

‘Also civil society should be more engaged, communities should be much more engaged. This is difficult — people have their own problems. But the more there is a sense of community, and the more we don't feel alienated, and the more we can build a close community of people, really integrated, the more I think policies and measures to tackle these phenomena can be effective.’

How can research and better understanding help?

‘In policymaking, better understanding means you can adopt measures that are effective. For example, it's still not clear what the role of women is in terrorism. They can facilitate the recruitment of people; they can be more, or less, easily engaged in terrorist activities; or they can contribute in counter-terrorism. There is always this policy disregard for the differences between men's and women's involvement in terrorist-related activities. Trying to understand this can be useful for having much more focused and effective policies.’

‘For non-digital solutions, I'm referring to policy recommendations delivered to policymakers at the European and national level. We will also deliver multilingual toolkits that can be used by first-line practitioners — teachers, social workers, healthcare providers — on how to detect signs of potential radicalisation, how to intervene, how to report.’

Crime, terrorism, illegal activities, violence and disasters cost Europe around 5 % of its economic output, or EUR 650 billion a year, according to the European Organisation for Security.

Under its Horizon 2020 research funding programme, the EU is funding research that helps to understand security threats in order to protect against them and deter attacks.

This includes understanding the causes of terrorism and stimulating cooperation with communities.