Uncovering the secrets of the naked mole-rat 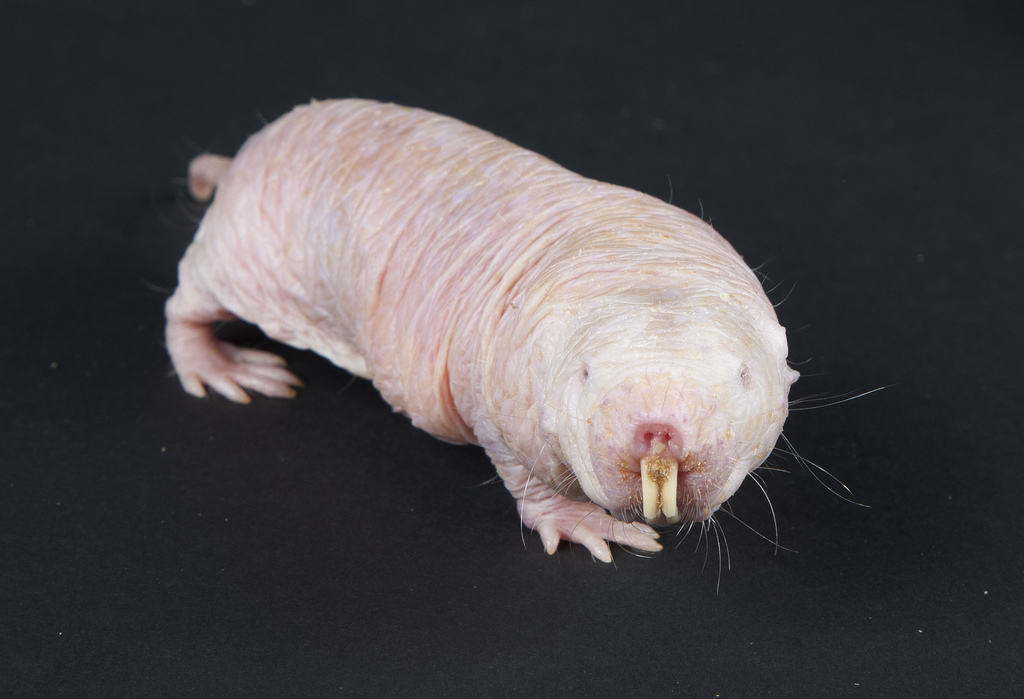 The naked mole-rat, a cold-blooded burrowing mammal that lives in the East African desert, is hiding secrets in its genes that could provide cures for strokes, delay the ageing process, and even increase our lifespan.

These tiny, wrinkly rodents are a bit of an anomaly in the animal kingdom, living for longer than would be expected for their size – the oldest living naked mole-rat is 32 – and being largely resistant to cancer. They’re also cold-blooded, which may have something to do with the strange characteristics that they display.

‘This animal has some pretty wacky things,’ said Professor Gary Lewin from the Helmholtz Association, Germany, who is working on the EXTREMOPHILE MAMMAL project, funded by the EU’s European Research Council.

Thanks to the EU-funded LONGENES project, the naked mole-rat’s genome has now been sequenced to a high level, which has helped projects like EXTREMOPHILE MAMMAL to study them.

It initially focused on genes relating to ageing, a key interest for researcher Dr João Pedro de Magalhães who is based at the University of Liverpool, UK. He wants to delay the ageing process, and turn back the clock to put a spring in the steps of the elderly.

The genome has now been used by a wide range of biologists, also studying the naked mole-rat.

Prof. Lewin from the EXTREMOPHILE MAMMAL project says that the naked mole-rat genome sequencing was essential for his work. ‘My lab is mostly interested in how touch and pain works,’ he said.

When he found out that naked mole-rats don’t feel pain, it piqued his curiosity. ‘We found that the animals were completely insensitive to acid,’ he said.

That's significant because acid is believed to be one of the things that promotes pain. For example, when you have joint inflammation, the fluid surrounding the joint becomes acidic, and it is thought that this acidity activates pain receptors in the brain.

It started because a colleague of Prof. Lewin was studying naked mole-rats and he noticed that they didn't seem to be responding to painful stimuli the same way that mice do. Then they checked and found that when they put lemon juice into a wound on a naked mole-rat, it didn't respond at all.

His project is now taking a closer look at the physiology of the naked mole-rat, using genetic techniques. It turns out that naked mole-rats are extremely resistant to oxidative stress, can survive in areas with low oxygen for long periods of time and are cold-blooded, and all these factors could have an impact on their longevity and their resistance to certain diseases.

To investigate further, the researchers on EXTREMOPHILE MAMMAL are now trying to create a mouse which is cold-blooded.

‘We found that the animals were completely insensitive to acid.’

‘The thing is, we know from evolution that the naked mole-rat is cold-blooded, but its ancestor must have been a homeotherm (warm-blooded),’ said Prof. Lewin. ‘What was astounding for me was the fact that these are the only cold-blooded mammals. They can’t generate heat at all, it’s just like having a reptile in your hand.’

The team will transfer genes from naked mole-rats to mice, and see if this has an impact. ‘We hope that if we can find two or three of these genes (which code for the lack of heat regulation) then we can find the differences in the sequences and we can actually make a mouse which is essentially cold-blooded,’ he said.

Finding these genes is important because the cold-bloodedness of the naked mole-rat might have something to do with their long lifespan, and their resistance to age-related diseases.

‘Ageing affects everyone,’ said Dr Magalhães, whose lab primarily focuses on ageing. ‘If we could retard the process of ageing, this would impact on multiple age-related diseases.’

If we do find the elixir of life hidden in the cells of naked mole-rats’ genes though, how could we apply this to humans?

Treatments, the scientists say, could be either gene-based therapies or pharmaceutical, with scientists targeting the relevant genes to make drugs.

Stroke victims could be another group who would benefit from naked mole-rat research. These little creatures are able to withstand notoriously hostile hypoxic conditions – living in holes underground where oxygen can drop to as low as 10 %.

Strokes occur when brain cells are deprived of oxygen for only a few minutes, so if scientists could discover the genes that allow naked mole-rats to thrive in low oxygen, this could have a huge impact on the future treatment and prevention of strokes.

Naked mole-rats are also of key interest to cancer researchers. Cancer does occur in naked mole-rats, but there are so few incidents of it that many researchers conclude that they are cancer-resistant, though not cancer-immune.

Dr Joao Pedro Magalhães discusses the link between longevity and genetics at TEDxGhent, in Belgium, in 2015. Video credit: TEDx Talks