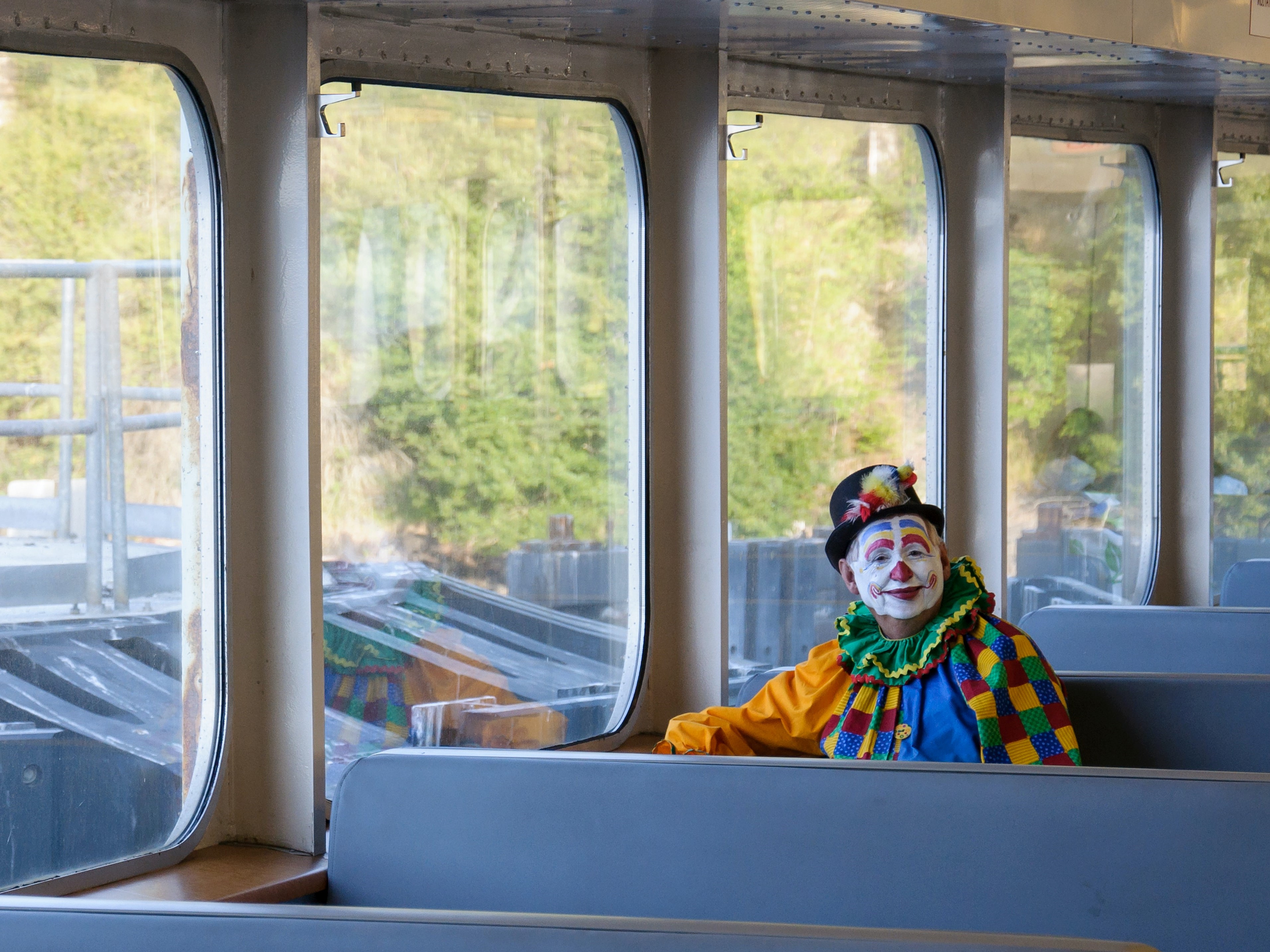 In upcoming clinical trials, Professor Merel Kindt at the University of Amsterdam, the Netherlands, plans to expose volunteers to fleet-footed spiders and tarantulas to provoke their fear memory. Afterwards, they will receive an approved drug to try to thwart their spider fears. She believes that her ‘recall and erase’ strategy can be used to treat all sorts of phobias, but also life-changing clinical conditions such as post-traumatic stress disorder (PTSD).

Through a project called ErasingFear, her Emotional Memory Lab will shortly also begin clinical trials with Dutch war veterans and medical staff traumatised by experiences during the COVID-19 pandemic.

Prof. Kindt is a clinical psychologist who began her research on modifying fear in 2008, inspired by earlier work with lab animals. That research convinced her that it was possible to trigger fear  memories and destabilise them using certain drugs.

The strategy is different from cognitive behavioural therapy where people who fear spiders, for example, are exposed to a fear cue, and learn through direct experience that their fear is not realistic. But the relapse rate is relatively high, says Prof. Kindt.

‘During and after exposure, people form a new memory, an inhibitory memory that competes with the original fear memory, but the fear memory remains intact,’ she explained. Prof. Kindt’s approach is different. She aims to recall the original memory and destabilise it, the drug propranolol interferes with the otherwise resaving - or rewriting of the same memory  for long-term storage in the brain.

‘It seems possible to target fear memory itself so as to weaken the root of the anxiety disorder by weakening or even erasing the fear memory,’ said Prof. Kindt.

She does this by giving the beta-blocker drug propranolol in conjunction with the fear memory being triggered. This approved drug slows down heart rate and is prescribed to people with high blood pressure or anxiety, usually before a stressful situation. Prof. Kindt is using it in an entirely different way for phobias – by administering it after someone is exposed to a fear stimulus in order to interfere with the restabilisation of their fear memory.

If propranolol is given two hours or more after a brief exposure to a spider, this does not work. ‘Timing is important, and we only give the drug once,’ Prof. Kindt said.

‘It seems possible to target (the) fear memory itself so as to weaken the root of the anxiety disorder by weakening or even erasing the fear memory.’

The idea of recalling and then eliminating a memory came from research that Prof. Kindt noted in animals more than a decade ago. Drugs that blocked protein synthesis were used to erase memories, but these are too toxic for people. Propranolol, an approved drug, has few side effects. It blocks adrenoceptors in the brain. These are docking sites for neuro-adrenaline, a chemical messenger involved in memory-making. By blocking them, the drug interferes with stabilisation of the memory and dulls the strength of the memory and therefore the fear response underpinned by that memory.

In other words, memories are not being wiped out. People will still recall that they were afraid of spiders, but the idea is that by weakening the memory we erase or weaken the bodily fear response next time the person encounters a spider, she explains. ‘After 24 hours, the drug completely washes out. If you then observe a striking reduction in fear, this is not because that drug is still onboard,’ said Prof. Kindt, referring to the weakened memory reducing fear. So far, since she first started testing it with spider phobias in 2013, the treatment is an all or nothing affair – it either works or it doesn’t work at all for spider phobias in individuals.

If the fear is gone a day later, they know the procedure has worked, she says.

She has video recorded sessions and taken physiological measures, such as heart rate, to try to discover a predictor of treatment success, one that can tell her whether a fear memory has re-stabilised or not.

She is now doing several trials with spider phobias to better understand optimal conditions to ensure memory triggering and rebuilding.

Prof. Kindt has also begun pilot studies of Dutch veterans who served in Afghanistan – using burning smells and battlefield noises to recall the memories that underpin a soldier’s PTSD. This is more difficult than spider phobias, because usually there are highly specific memories that underpin such complex traumas.

She will also begin a clinical trial with medical personnel who had to deal with the psychological difficulties of patients passing away without the support of family and friends during the COVID-19 pandemic. 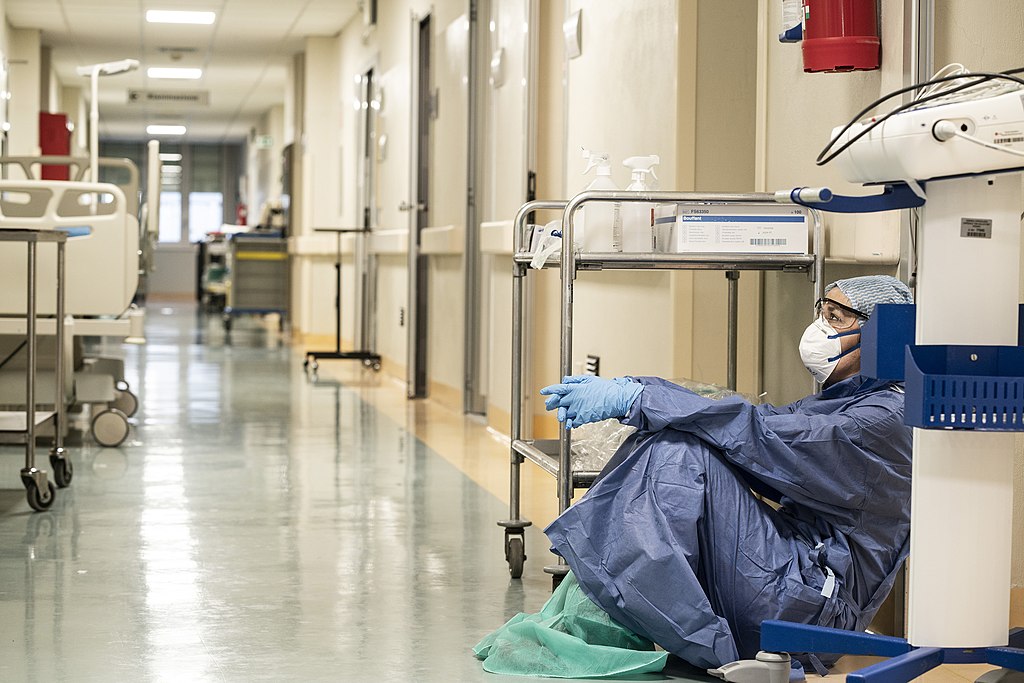 The brain is such a complex organ that scientists still struggle with basic questions about what is happening where inside our brain, and why. To better understand how fear works, scientists are attempting to map out what fear looks like inside the brain, an extremely challenging task.

Scientists can scan the human brain using magnetic resonance imaging (MRI), to see where blood flows. This can highlight which areas of the brain are most active when a person looks at a fearful picture, for example.

But these brain images do not have the resolution to peer into the most ancient and mysterious parts that lie deep at the bottom of our brain, says Professor Cornelius Gross, neurobiologist at the European Molecular Biology Laboratory (EMBL) in Rome, Italy.

His COREFEAR project sought to find which brain circuits were activated when mammals face predators or stressful social situations, such as encounters with bullies.

This, he suggested, would be very different from many fear experiments. Historically, experiments usually involved rodents being conditioned to expect (and fear) a brief electric shock each time they heard a buzzer sound. These experiments pointed to the epicentre for fear and anxiety as the amygdala, two almond-shaped structures found in the relatively recently evolved forebrain of mammals. But Prof. Gross thinks the textbooks need to be amended.

‘We argue that the amygdala is just a gateway to real fear centres deep in the brain,’ said Prof Gross. ‘The part of the amygdala that has been most studied for fear in the lab is irrelevant for fear of a predator or social threat.’

His research results suggest that the hypothalamus has been overlooked in human fear and anxiety. This is a deep brain region the size of your thumb that’s most well known for releasing hormones.

He notes that in an experiment where the part of the hypothalamus that controls predator fear was stimulated, a person had a full-on panic attack. ‘They had a conscious experience of fear and dread and a feeling like they were going to die,’ explained Prof. Gross, who was not involved in this study.

Still, other areas of the brain, such as the seahorse-shaped hippocampus, are probably also involved in our innate and learnt fears. Human behaviour is also complicated by our having a much more developed cerebral cortex, which makes up the largest part of our brains and allows us to suppress our fear responses.

The EMBL lab in Rome recently released a preprint study showing that the mouse cortex can dampen inbuilt defensive behaviours of the rodent to threats. Our own highly developed cortex allows us to consciously control our own behaviours.

Prof. Gross also recently reported on special hypothalamus cells that can map the spatial coordinates of where an animal encountered an intimidating rival. These cells fired whenever the animal returned to that spot, a social fear memory that encodes context and spatial memory. This was the major discovery he made in the COREFEAR project.

Such memories and fear of social defeats by rivals are likely to be important in territorial animals, which includes many rodents and also primates. Prof. Gross now plans to pursue these findings to fill in the many blanks in our understanding of how fear is stamped onto human brains. This could eventually help patients with behavioural and psychological disorders, including anxiety.