To treat an eating disorder, we need to know what emotion fuels it 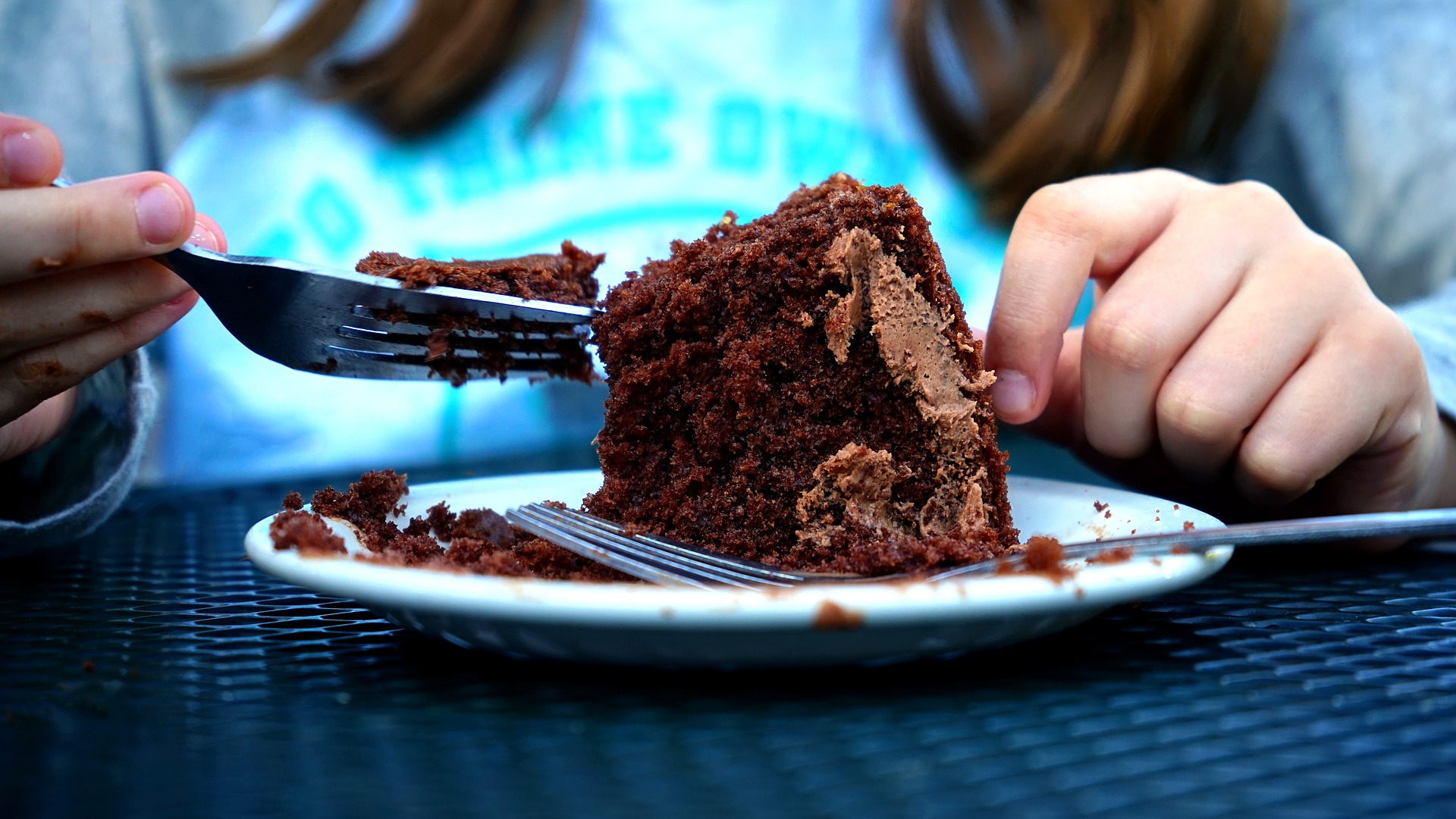 The way emotions affect eating behaviours as well as dieting style can help predict when an eating disorder in an individual may occur. Image credit - Pixabay/MikesPhotos

Pinpointing how different emotional states and neural pathways influence our eating behaviours could pave the way for better ways to tackle eating disorders and obesity.

Eating disorders such as anorexia and bulimia can have life-threatening consequences. They affect around 20 million people in the European Union, with an estimated cost of €1 trillion per year. The exact cause of an eating disorder varies from person to person and is influenced by factors such as biology, psychology and environment.

People with an eating disorder often use unhealthy behaviours such as dieting, self-starvation, bingeing and purging to cope with overwhelming emotions and stressful situations.

Although the idea of emotional or stress eating is widely known, it's surprisingly complex, says clinical and health psychologist Professor Jens Blechert from the University of Salzburg in Austria. ‘There's a relationship between stress and eating, but it can have a different direction for different people,’ he said.

As part of a project called NewEat, Prof. Blechert is investigating how psychological factors known to interfere with eating result in unhealthy patterns and behaviours. His team is working with people who are healthy; have eating disorders such as anorexia, bulimia, binge eating disorder; or who are obese. They hope to improve the treatment of eating disorders and address overeating in the general population.

Prof. Blechart says they have found that the type and degree of emotion that an individual is experiencing affects eating patterns. ‘It matters very much on what type of emotion is at the centre of the experience,’ he said.

For example, emotions such as anger and anxiety cause most people to eat less, while sadness, depression and disappointment make them eat more, he says. The response to emotions becomes even more complex for people with eating disorders, but the basic pattern remains. For example, someone who is bulimic and is experiencing sadness will likely eat more but in an intensified way, while an anorexic person in the same emotional state may react by not eating and with heightened restraint.

‘Once we know the emotional eating style and the dieting style of a person, we can give fairly accurate predictions of when an eating disorder crisis or binge eating will happen,’

To carry out their research, the team developed a smartphone app, which over two weeks asks multiple questions of its users — healthy and individuals with eating disorders aged 16-50 — to create emotional eating profiles. Based on an individual's history, day-to-day eating patterns and emotional states, researchers will know when specific people are at risk of binge eating and developing some sort of eating disorder.

The team found three main mechanisms to determine eating behaviours. The first is the physiological or stress response that switches the body to an alarm mode and reduces appetite. Secondly, there is the psychological response of self-reward or self-soothing that increases appetite.

‘We have two mechanisms that oppose each other. People differ in the strength of each of those mechanisms,' said Prof. Blechert. ‘For example, some people don't have this strong psychological need for self-reward. For them, the physiological response dominates and so they lose appetite and they lose weight.’

The third mechanism is dieting style, which can be characterised by frequency and level of intensity. For example, people with anorexia have a highly strict diet, while those with binge eating disorder have low restraint.

‘Once we know the emotional eating style and the dieting style of a person, we can give fairly accurate predictions of when an eating disorder crisis or binge eating will happen,’ said Prof. Blechert.

The team is now developing their app to be used for personalised intervention for a project called SmartEater, which will be tested in aftercare bulimic patients this summer. ‘People (with eating disorders) could profit from an app or an internet programme that would run in an individualised manner, and help them to identify triggers, prevent situations and so on,’ said Prof. Blechert.

The idea is to be able to intervene at the right time, when stress and emotions are high, he says. The app could predict binge eating attacks — for users who have an eating disorder or are healthy individuals with overeating behaviours — and send notifications to warn them not to eat, for example.

Widely accessible interventions are in short supply, according to neuroscientist Professor Suzanne Dickson from the University of Gothenburg in Sweden. ‘We don't really have good intervention treatments for eating disorders which are effective for the majority,’ she said.

Prof. Dickson is trying to better understand the brain pathways that influence our food choices and behaviour to enable new drug development — including in a more personalised way — for people with eating disorders and obesity.

Prof. Dickson coordinated a now-completed project called NeuroFAST which explored the neurobiology of food intake, addiction and stress — what happens biologically in the brain, and how cells end up forming functional neural circuits that mediate these behaviours.

She says we often hear about addictive foods in the context of the obesity epidemic, but that the problem is people’s behaviour — an addiction to eating rather than to the food itself.

‘Although people who are overeating know they're harming their health, they carry on doing it. This has all the symptoms of an addictive-like behaviour such as gambling,’ said Prof. Dickson.

She and her team found that gut hormones are involved in our eating behaviours. Specifically, the appetite-regulating hormone called ghrelin is released into the blood when we are hungry and acts on the brain’s reward system which increases our motivation to eat, especially for tasty food.

‘Our data shows that when ghrelin levels are high, then we're more likely to select healthy foods — food choices which are about survival,’ said Prof. Dickson. ‘When we're hungry, the reward system is engaged by ghrelin to help us be motivated to find foods.’

The signal dopamine, in the reward system pathway, is a key one that motivates us to eat but there are many more to examine before we can fully understand what makes us decide what, when and how much to eat, says Prof. Dickson.

To keep the dopamine reward system activated, it is important to continually introduce new foods — eating only your favourite food all the time would no longer give you the desired dopamine kick, signaling pleasure.

‘This is the way to help us get a variety of nutrients from our environment,’ said Prof. Dickson. ‘If our reward system was only activated by one food, from an evolutionary perspective this of course would not be good for our nutrition.’

She now hopes to find which pathways in the brain control overeating behaviours, and what hormones and cues in the environment these behaviours respond to.

‘Obesity could be hundreds of diseases that cause people to overeat and therefore we need to figure out which pathways are common but also how they differ between each person,’ said Prof. Dickson.

The three most prevalent eating disorders:

Eating disorders are regarded as mental illnesses and can take on various forms. They tend to affect more women than men, usually in the teen years or early adulthood but can develop earlier and later in life.

Of any mental illness, anorexia nervosa has the highest mortality rate. People with anorexia are at high risk of starvation, suicide or organ failure. Symptoms usually include restricted eating to the extreme, fear of gaining weight and a distorted self-image. Anorexic patients typically force themselves to vomit, use laxatives, or exercise excessively to lose weight.

People with bulimia nervosa go through episodes of uncontrollable and excessive eating. These bouts of overeating are followed by purges, through fasting, forced vomiting, using laxatives and diuretics, or extreme exercise.

Binge eating disorder is one of the most recently recognised disorders but is also relatively common. People with this disorder lose control over their eating and can eat quickly and in excess over a period of a few hours. They usually do this in private and even when they are not hungry. These episodes are often followed by remorse and guilt, however they don’t purge themselves afterwards. Binge eating disorder is associated with obesity.