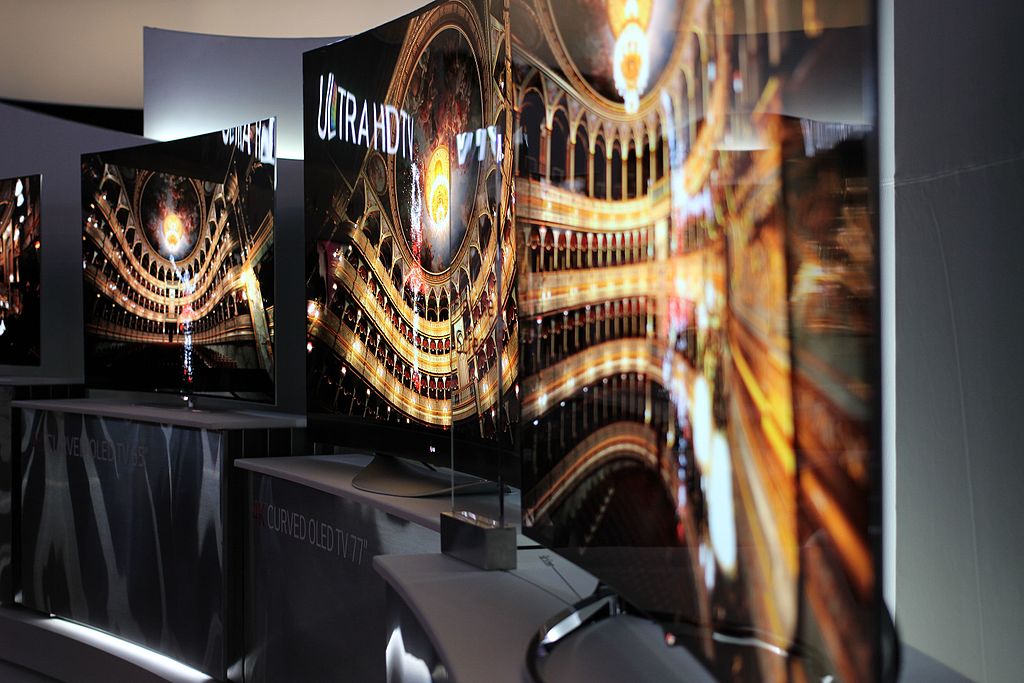 Organic electronics are flexible and already being used to make curved screens but future applications could include biosensors and bendable solar panels. Image credit - Maurizio Pesce/Wikimedia, licenced under CC BY 2.0

Materials such as graphene could soon be appearing in electronic devices and could lead to entirely new forms of ‘chemical’ computing and information storage. We spoke to Prof. Hirsch about the emerging research field known as organic electronics.

What are organic electronics?

Traditional electronics are based on solid silicon which is used to create semiconductors. These are inorganic (meaning they don’t contain carbon). In contrast, organic electronics use carbon-based molecules – either small molecules or polymers, which are long chains of molecules. Almost all biological molecules are organic compounds, but so are substances made from hydrocarbons like petrochemicals, oils and plastics. A lot of people might think of polymers in particular as being non-conductive - for example plastic polymers are used to insulate copper wires. But some organic polymers and molecules can conduct electricity.

How do they differ from traditional silicon-based electronics?

Organic compounds have some advantages over inorganic compounds. They are lightweight, they can be flexible and transparent – all things that differ substantially from classical silicon technology. They can also be cheaper to produce.

Why is there so much excitement surrounding organic electronics?

There are so many organic compounds and a wide variety of functional groups (clusters of atoms with their own distinctive properties). It becomes very easy to tune their electronic properties by adding functional groups. Some functional groups are electron withdrawing and some that are electron donating, so by combining these we can tune the properties very precisely. You can tune fluorescence for light emitting diodes, for example. We can also control the light they absorb, so they can be used as components in solar cells, and tune their sensor properties, so they conduct electricity in the presence of something we want to detect. It is a really broad research field that has become very promising.

Where are they being used at the moment?

Probably the use that most people will encounter is in screen technology. Organic LEDs (OLEDs) are now quite common in mobile phones and you can buy televisions with them too. But even before that, liquid crystal devices (LCDs), which can be considered as a kind of organic electronics, have been used in many applications for years.

‘We may end up with robots that look much more like a normal animal or human being.’

What other applications are there for organic electronics?

Their use in photovoltaic devices is an important issue. Silicon-based technology is superior in many ways, certainly where efficiency is concerned and their long term stability. But it is very expensive to generate single crystalline silicon and it is hard to control its morphology (shape and structure). It isn’t very flexible or transparent and cannot be made very thin. This is where organic photovoltaics start to have an edge – they can be made very thin, you can make devices that cover a large area with them and they are flexible, which is a big advantage in many applications, such as solar panels and large light emitting displays.

What about in sensors?

This is still an emerging field, but it is very promising. If you think of graphene – which is a two-dimensional layer of carbon one atom thick – it is highly conductive but also extremely sensitive. Just a single molecule of carbon monoxide, for example, has an influence on the conductance which can be measured. Again, it is flexible, can be made in large areas and is transparent.

How do you turn graphene into a sensor?

This is something my own group has been working on. One of our research projects – GRAPHENOCHEM – was really just looking at whether we could make graphene in larger quantities, as when we started (in 2010) it was being created by peeling Scotch tape off a piece of graphite. We wanted to know if we could use wet chemistry approaches (using liquids) to make it in larger quantities.

At the same time, we also started looking at the chemical functionality of graphene by attaching organic groups with covalent bonds (bonds between atoms where they share electrons) to modify the graphene properties. We started with simple molecules like alkyl groups, aromatic rings like benzene, but more recently have attached a receptor molecule that can bond with barbiturates, which are a type of drug. It is basic fundamental chemistry at this stage, but it could lead us towards new types of sensors for biologically active molecules like this.

How might these sensors be used in the future?

We haven’t done it yet, but it should be possible to bind biomolecules and proteins to graphene and induce biological responses (in humans, for example). It should be possible to recognise a biological system such as a virus or a DNA sequence which would then modify the electronic properties so you can measure the change in conductivity. This would give you very sensitive analytical devices (for diagnostics). For something like the coronavirus, this could be of huge importance.

How else has your work on graphene developed?

We have also shown we are able to control exactly where on a graphene sheet we want to put functional groups. We can create very specific patterns, such as stripes or circles, with combinations of different functionalities next to each other. It means we can modify the electronic properties in specific ways. And we found we can not only add these in patterns, but also remove them. It becomes a form of chemical information storage or memory. We can use a laser to ‘write’ molecules in patterns onto the graphene sheet, then with the right chemistry remove it again. 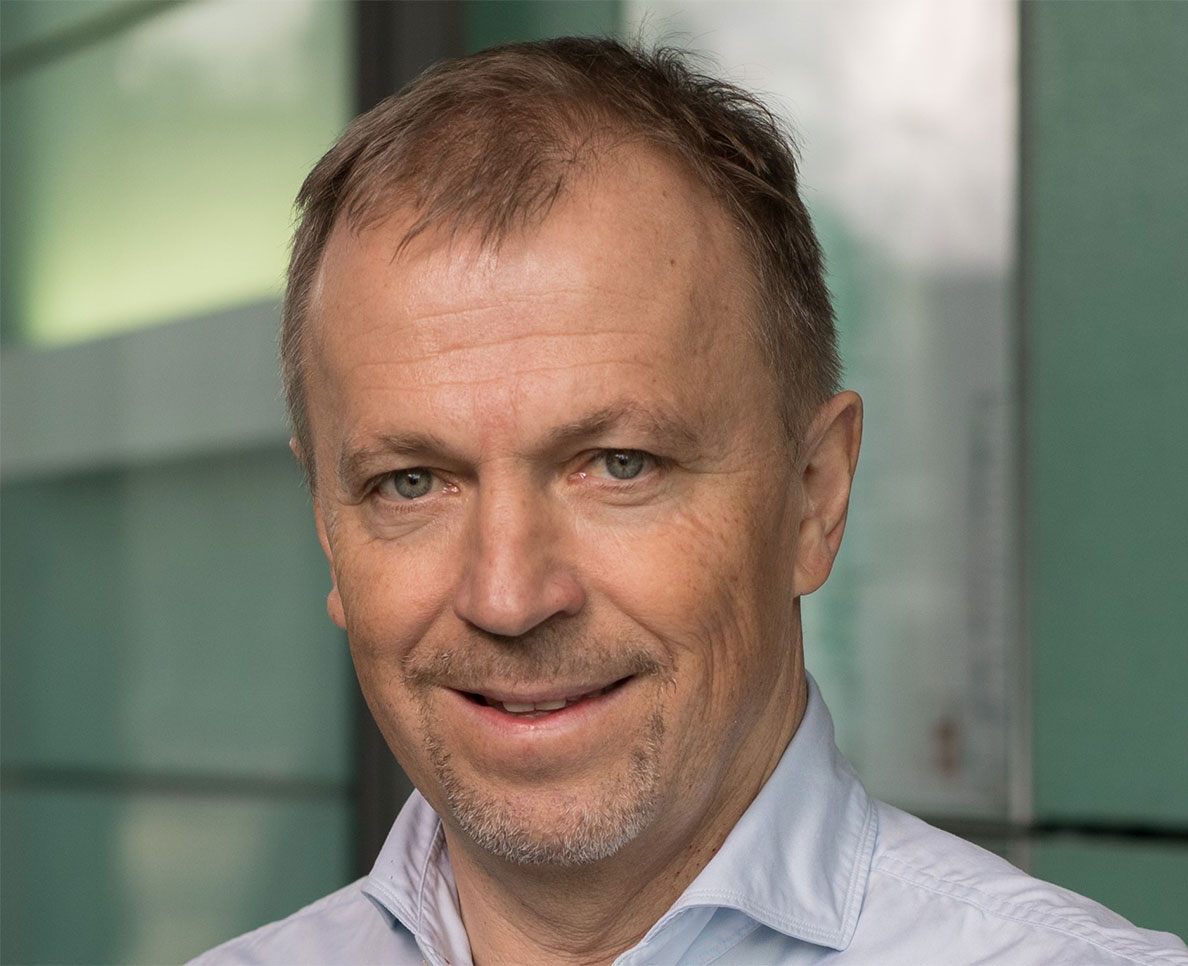 Do you think organic electronics might eventually replace silicon computers?

I think it is much more likely to be a complementary system. Our work is very prototype just now, so I don’t know whether we can really make an organic state computer that can work at the level of normal silicon-based computers. I doubt that a little bit. But if you think about biological systems where the response doesn’t have to be so fast, there could be an advantage there (because it is hard to get silicon to interact with biological molecules). We could see organic electronics being used in medical devices or biogenic robotics at the interface with the biological system.

What are the main challenges that need to be overcome?

In some instances, it is just being able to mass produce organic electronics. Just think about graphene and carbon nanotubes – they are still very hard to process in large quantities. The long-term stability of organic molecules is another issue. If you have them in a photovoltaic device on the roof of your house, being exposed to sunlight for 20 years, they are not going to be as stable as inorganic compounds. Their performance in solar cells is still lower too. It becomes obvious that we are talking more about complementary technology rather than trying to replace silicon. But with graphene we are seeing, for the first time, a material that is purely organic, highly conductive and completely stable. So, I think we really will start to see applications involving graphene very soon.

How do you see organic electronics being used in the future?

I think it will find many complementary applications where electronics are trying to fulfil specific combinations of demands. We already have them in many consumer devices but we could also start to think about transparent electronic newspapers or books.

In the long term, the interface between the electronic and the biological world in medical applications will certainly be very interesting.

In robotics too. There are conductive polymers that when you apply a voltage, they can change their shape. These behave like artificial muscles. So, we may end up with robots that look much more like a normal animal or human being. I’m convinced in 50 years or so you will see much more organic looking robots that can perform functions that metal based robots cannot do. Organic electronics will play an important role in those.