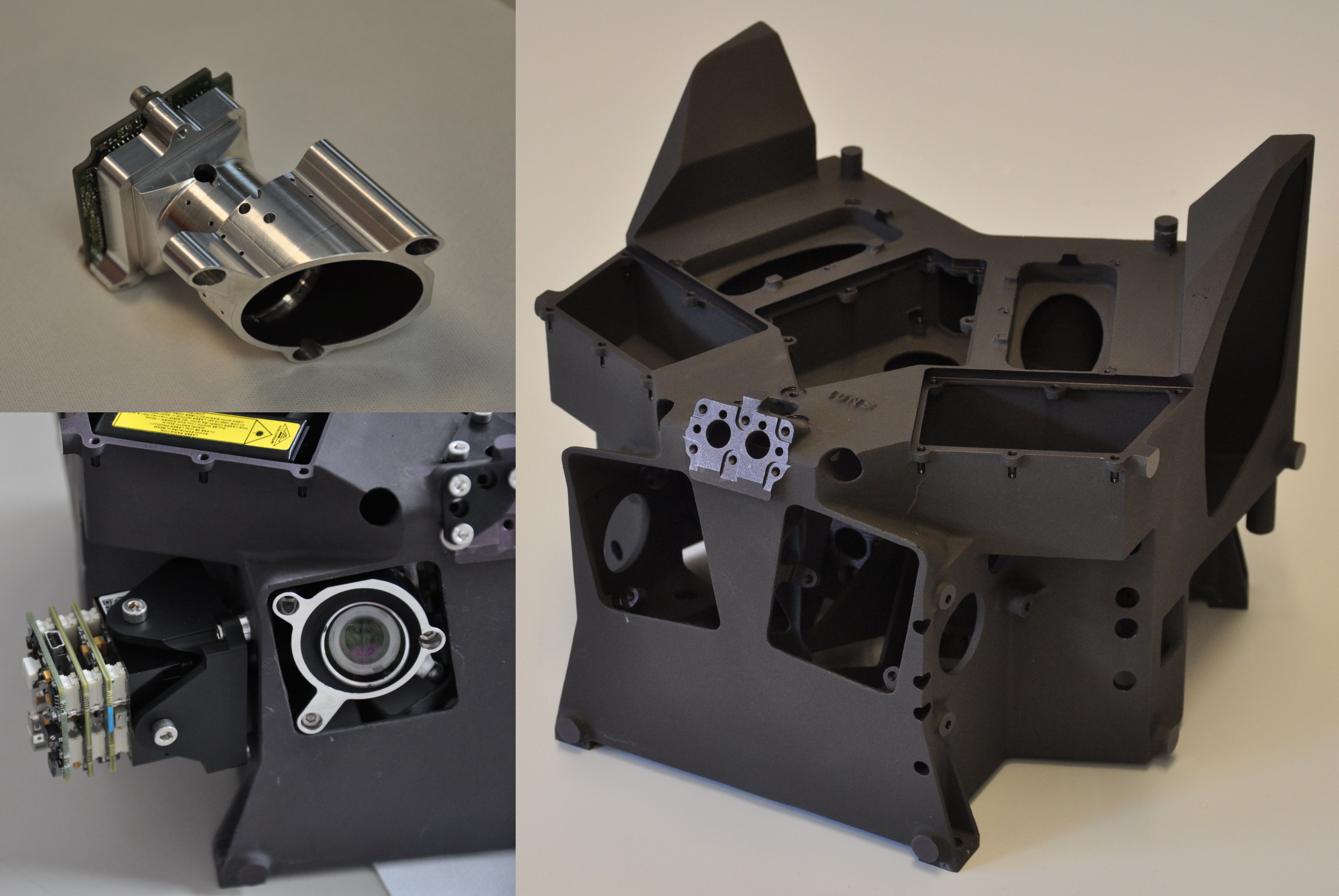 A space sensor unit that bears an uncanny resemblance to the head of a Transformer could cut the cost of interplanetary missions.

It's one of a number of European research projects that are working on ways to make space missions more efficient.

‘It looks like a Transformer head,’ said Dr Stephan Theil of the German Aerospace Center in Cologne, Germany, who is coordinating the EU-funded SINPLEX project, which designed the device.

Dr Theil explained that the strange shape is because researchers have packed a laser altimeter, star tracking equipment, cameras and orientation devices into one container, and they stick out in all directions.

That’s less awkward than today’s methods. Right now, most sensors are stored in separate boxes in the spacecraft and carry out their tasks individually. Each sensor has its own individual power source and data processing unit, whereas with SINPLEX’s design, the sensors share these, cutting down on mass.

Mass is one of the most critical factors for exploration missions. That’s because it costs about EUR 18 000 to put a single kilogram into orbit.

‘If you save 10 kilograms you can carry another experiment doing more science in the same place, or you can have even smaller landers which cost you even less money by launching it,’ said Dr Theil.

Surprisingly, the navigation systems under development don’t need high-resolution images. The resolution of a space camera can be as little as one megapixel, less than the average mobile phone.

'It’s enough for us to get the information that we need,’ said Dr Theil. ‘The more pixels we have, the more processing power we need. It’s the art of system design to design it in a way that it matches the requirements, but not overshooting it because in the end it might be more costly in terms of mass and power.’

In order to help scientists maximise the data they get from space landings, Gerhard Paar of the Fraunhofer Institute in Freiburg, Germany, is working with the EU-funded PRoViDE project to help scientists create 3D maps of Mars and other planets and moons.

His team puts together images taken on other space missions to create 3D virtual maps. These are then incorporated into an interactive system, like a computer game, allowing a scientist to land a spacecraft or operate a rover through a virtual 3D representation of the planet and scientifically investigate its surface.

‘You can fly around and you can measure distances in all these 3D reconstructions, for example. Whatever a geologist can measure on the real world’s surface, you can do on the virtual world that we generate,’ he said.

The SINPLEX consortium is testing its new navigation system by simulating an asteroid landing in the lab. Video courtesy of SINPLEX.

Having the ability to generate live 3D images via the spacecraft as it touches down on a planet would also help to improve landing accuracy and precision. The EU-funded FOSTERNAV project is designing a system that does just this by using lasers to measure the distance of the lander from different points on the surface and produce a 3D image of what’s below.

Alexandre Pollini, one of FOSTERNAV’s lead scientists, said: ‘3D is the key functionality that you must have to succeed in the landing. You have to get the self-dimension in some way.'

Pollini added that the vision-based sensors developed by FOSTERNAV to help control descent and accurately pinpoint targets could also be used for cleaning up space debris, a growing problem.

‘We have more and more debris orbiting the planet and some people, they are thinking now of how to capture and move away the debris,’ said Pollini. ‘For such a mission, the technology that we have developed for FOSTERNAV may be useful.’

While both FOSTERNAV and SINPLEX have proven their technologies in a lab, they still need to go through a rigorous assessment process before they can go into orbit. However, that might not take very long, according to Pollini.

‘Purely dependent on the technology efforts, it can be ready very fast - let’s say three years,’ he said.