The tide is turning for underwater turbines 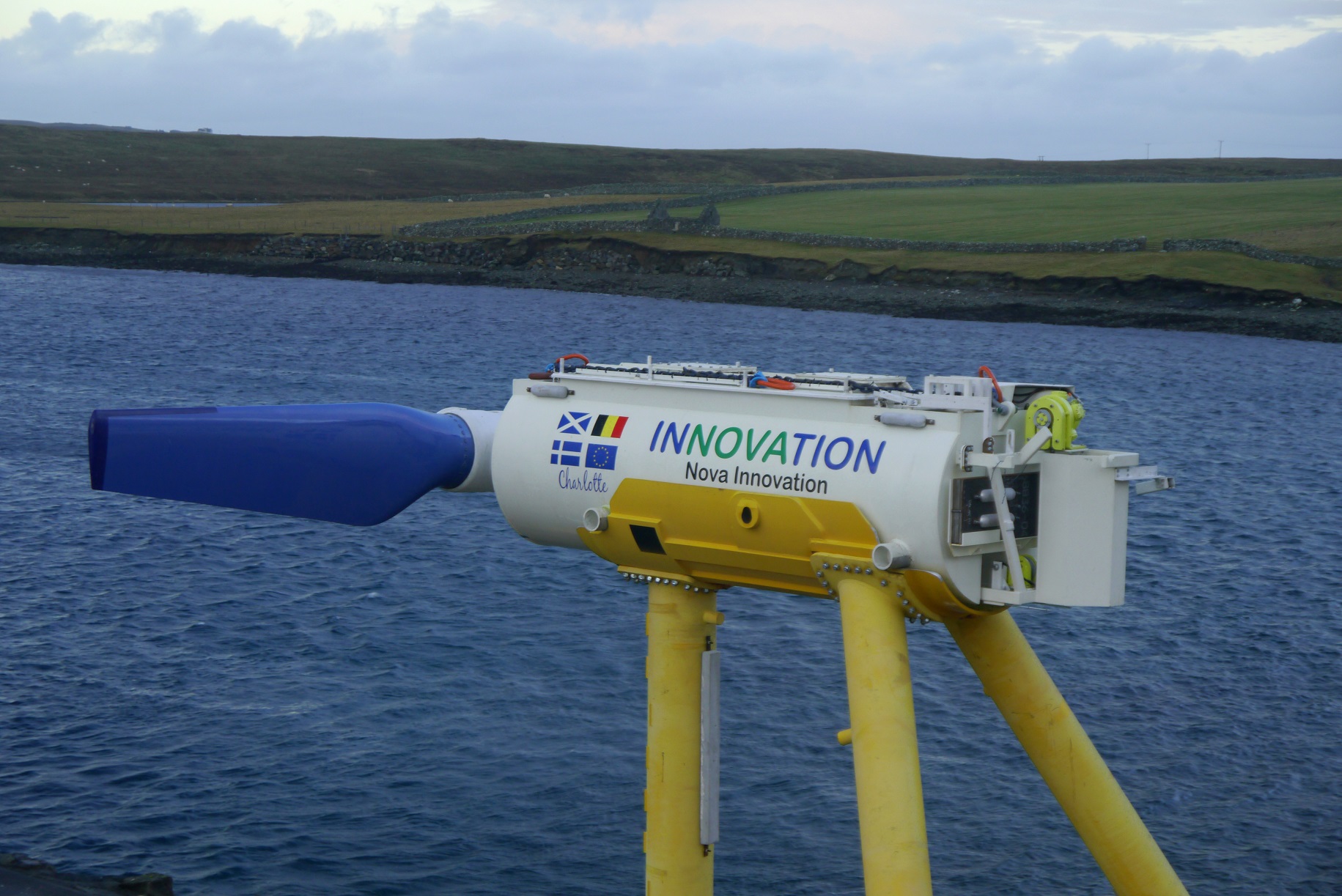 A scale-up of tidal energy projects aims to expand capacity, improve reliability and prove their worth to investors as a renewable energy source.

It's clean, doesn’t spoil the landscape and is totally predictable, yet tidal power is one of the least exploited forms of renewable energy.

The challenge of building out at sea, the toll the salt water can take on equipment and the huge strain the currents can put on components has meant that it is seen as an expensive endeavour.

‘The sea is one of the world’s most challenging environments,’ said Simon Forrest, chief executive of Nova Innovation, a tidal power company based in Edinburgh, UK. ‘However, technical innovation and learnings from the wind sector are being used to make the dream of harnessing energy from the tide a reality.’

Last year, Nova Innovation deployed the world’s first array of tidal turbines, which were connected to the electricity grid in Shetland, UK.

They work by using the ebb of the tides from high to low twice a day, which moves huge quantities of water in the world’s seas. This rush of water back and forth can be harnessed to drive turbines beneath the surface, producing electricity.

The array of three 100-kilowatt turbines were installed in Bluemull Sound, the strait of water running between the islands of Unst and Yell in Shetland. Remote islands like these benefit greatly from additional power sources, and they are home to some of the world’s most powerful tidal forces.

As water is hundreds of times more dense than air, such turbines have the potential to generate much more energy than can be produced by wind turbines of similar size.

Additionally, being underwater, tidal turbines also do not invoke the same kind of nimbyism (‘not in my back yard’) that often stands in the way of wind farm projects.

But perhaps the biggest advantage is the reliability of tidal power. While the wind blows intermittently and the sun is often obscured behind clouds, tides can be predicted accurately months or even years in advance.

Now a consortium of nine industrial, academic and research organisations have joined forces with Nova Innovation to expand the capacity in the Bluemull Sound to six turbines, subsidised as part of an EU-backed project called EnFait.

‘Technical innovation and learnings from the wind sector are being used to make the dream of harnessing energy from the tide a reality.’

Together the turbines will have a capacity of 600 kilowatts, enough to power 450 homes.

The consortium hopes the new array will improve reliability, boost investor confidence and improve the likelihood of future commercial projects. Forrest also believes the experience gained with the new array will deliver a ‘step change’ in the lifetime cost of tidal power.

‘This project will be viewed in time as being a fundamental game-changer,’ Forrest said.

A major element of the project will be moving the position of individual turbines to assess which arrangements in the water capture the most power from the tidal currents.

Channels on the seabed, for example, can alter how the tide will flow at different points along a coastline. A turbine might also be well placed to generate energy as the tide flows out, but less so as it floods back in, so finding a spot where it can generate in both directions would be advantageous.

Of course, this approach requires the turbines to be small enough to be moveable. Another project, coordinated by the environmental engineering company DEME Blue Energy in Belgium, is focusing on turbines that are permanently fixed in position.

The reason is that moveable turbines have to be anchored by supports weighing hundreds of tonnes. These bulky weights can also potentially reduce the natural flow of water, according to DEME Blue Energy’s general manager Joury Van Gijseghem.

As part of an EU-funded project called DEMOTIDE, DEME Blue Energy is to install a six megawatt array of tidal turbines at a tidal site called MeyGen in Pentland Firth, UK the strait that separates the Orkney Islands from the Scottish mainland.

Instead of being anchored with weights, these turbines will be positioned on huge rods, or ‘monopiles’, that are set deep into the seabed. The technique is commonly used in offshore wind farms, but has never been employed before in a strong tidal environment.

Together with an existing array of moveable turbines, the new turbines will bring a generating capacity of 12 megawatts to the area by 2020 — enough to power 7 000 homes.

It is hoped that the development will pave the way for a third phase of MeyGen, where further turbines will increase the power capacity to 70 megawatts.

That could well strengthen the position of tidal power as a future contender in the renewable energy mix, helping future projects attract more investors.

The predictable nature of tides means that they are a reliable source of energy. Along with waves, salinity and thermal gradients, they are a key resource in getting energy from our oceans.

It is hoped that ocean energy will contribute 10 % of our power by 2050 - enough to meet the daily electricity needs of 76 million households.