Think big, be open, and have a novel business model – how to attract venture capital 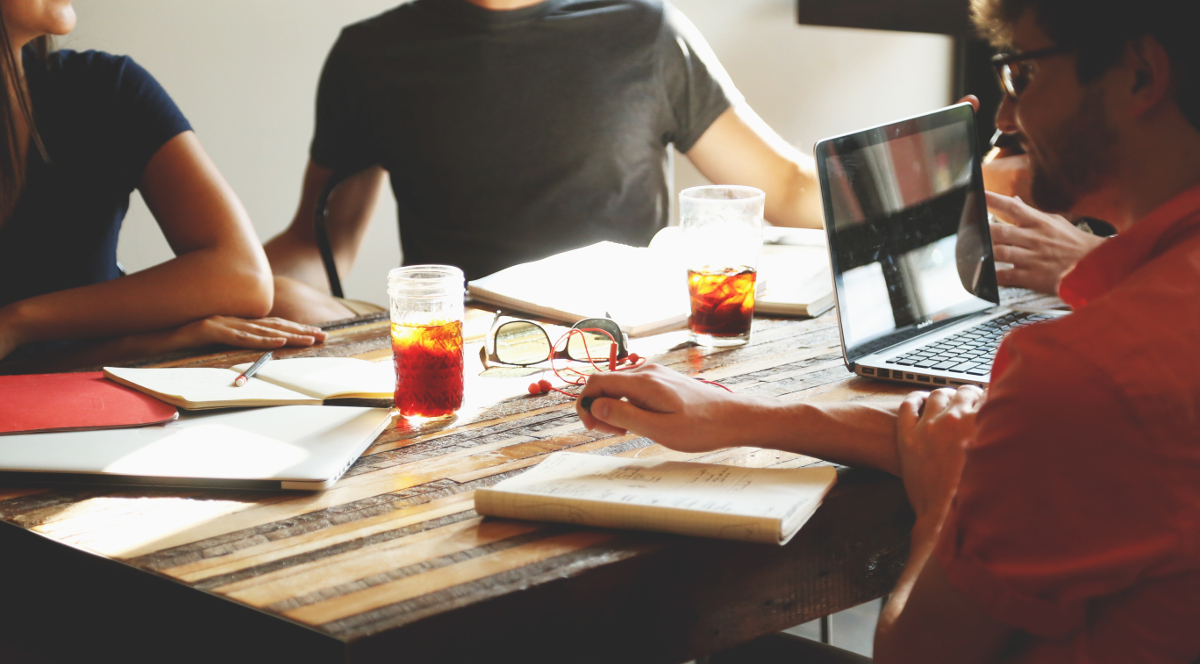 Thinking big, being open to advice and guidance, and having an innovative business model are key ingredients for attracting venture capital (VC) financing, say European fund managers who are looking to invest in companies with high-growth potential in the cleantech, medtech and ICT sectors.

Venture capital firms invest in companies who are looking to grow rapidly and need significant funding to achieve such growth. Increasing the activity of the European VC sector is seen as an important step in increasing the number of so-called unicorns (start-up companies valued at more than USD 1 billion), an area where Europe currently lags behind the US.

Rene Savelsberg is co-founder of SET Ventures, a Dutch VC firm that invests in European companies that are not just innovating incrementally but looking to change the way the energy sector works - a process known as disruptive innovation. He says that in order to attract funding, people must be ambitious.

‘In order to make an impact on the energy sector you have to have great ambitions. A nice technology that is developed in the region might do well for the specific region, but that’s not the way we believe that ultimately the energy sector will be disrupted. You need entrepreneurial teams that look at the big steps and make the big impacts.’

In February, SET Ventures received a EUR 14 million investment from the EU’s European Investment Fund (EIF), one of four European venture capital firms to benefit from such an injection. In total, the EIF committed EUR 90 million to the funds with the aim of increasing the volume of funds available in Europe and spurring investment in innovative companies who are looking for funding to help them grow.

In 2015, the amount of venture capital funding invested in Europe was EUR 12.5 billion, compared to EUR 67 million in the US.

Savelsberg believes the energy sector holds many opportunities for investment because of the way the supply and demand of energy is changing. The cost of wind and solar power has decreased dramatically in recent years, allowing people to produce their own energy and even sell it back to the grid.

Savelsberg says that this system of decentralised production is turning the energy market on its head, hence the opportunity.

Not all companies are suitable for VC financing. It is usually aimed at companies who are at a start-up or growth phase and is typically seen as a high-risk investment, with the potential for correspondingly high returns.

‘We need to see within six to 12 months a real acceleration of the growth – 100 % plus growth year on year,’ said Savelsberg. ‘The potential should be there, the team should be ready for it, the market should be developing in the right direction and, very importantly, the total funding should be there. That’s what our judgement is all about.’

‘We need to see within six to 12 months a real acceleration of the growth – 100 % plus growth year on year.’

The EUR 90 million invested by the EIF comes from the COSME programme, which is designed to make it easier for small- and medium-sized businesses to access finance, and the Horizon 2020 InnovFin programmes, a package of financing products aimed at spurring innovation in Europe.

The idea is that the EIF funding will not only directly contribute to the amount of funds VC firms have available to invest, but will also encourage other investors to do likewise. By mobilising such private sector funds, it is expected that the EIF contribution will eventually result in investments of more than EUR 200 million into high-growth companies across Europe.

Alessio Beverina is founder of Panakes Partners, an Italian-based VC firm that has a target to raise a EUR 100 million fund by September to invest in 15 European and Israeli companies in the medtech sector. They have also received investment from the EIF.

He agrees that companies who want to benefit from VC funding must be ambitious. ‘What we are looking for is great technology solving real issues, targeting a potentially huge market, at least worth EUR 200 to 300 million.’

The first Panakes fund, which was set up in December 2015 and will shortly announce its first investments, will focus particularly on the medical devices, diagnostics and healthcare IT sectors. Beverina says he sees large opportunities in this sector because there is a demand for innovations to save on costs, huge unmet medical needs to be solved in an ageing population, and a trend towards personalised medicine and homecare.

He also points out that European companies have a big competitive advantage compared to those in the US because it takes less time to get a device approved and to market.

He says that an important factor when deciding whether or not to invest is that the management team is ambitious and open to bringing in outside expertise. ‘In the medical sector, most of the time, research comes out from research labs or from an idea of a doctor. These people understand that they are not the adequate people to develop, prepare the clinical trial (and) industrialise and commercialise the technology product, so they are pretty open to have people around them with the right expertise with whom they can go to the next level.’

VC firms usually take a stake in a company in return for funding and as a result bring financial and sectoral expertise that can be vital in helping a business achieve the accelerated growth and create the returns that investors are seeking.

Javier Ulecia is co-founder of Bullnet Gestión, a Spanish venture capital firm which has established its third fund to invest in the Spanish ICT sector. He says that it is important to work closely with the management teams of the companies who receive funding in order to decrease the risk of his fund’s investments.

‘We think that this is one of the key strategic values we add. Normally the companies we invest in are in the very early stages and are founded by people with strong technological skills but they haven’t run companies in the past. So they need a lot of support for us as well as money.’

His fund has EUR 40 million to invest in 11 companies, but is also planning to reserve small amounts of money to invest in small companies who are at the proof-of-concept stage.

‘The very first parameter that every company has to accomplish is differentiation by technology,’ said Ulecia. ‘We are in the ICT space, so we want companies that develop technological products (such as) software systems, electronics, semi-conductors, but their business model has to be differential because the technology we are developing is very disruptive.’

Bullnet is focusing on the Spanish market, which historically has lagged behind other parts of Europe when it comes to the size of the VC market. However Ulecia says there is a lot of potential to get a good return on investment.

‘Here in Spain we have a combination of good education in software, engineering etcetera and not so many opportunities for those people. So you have a very good access to talent at a very interesting cost compared to other countries, so the efficiency in the use of the capital is very high.’

Bullnet has received EIF contributions since 2001 and Ulecia says it remains a vital source of funds, because access to private funds has been slow. Spanish funds are often too small to attract international investors, while domestic investors don’t tend to choose VC.

‘Without the EIF we wouldn’t exist,’ he said. 'In Spain today the real problem is how to attract Spanish private investors in Spanish funds.’

SET’s Rene Savelsberg says that the different attitudes and practices across Europe are what’s preventing venture capital from being an as well-used source of funds for high-growth potential companies as it is in the US.

‘The big difference between the two is that it is a United States and it is not a United Europe. On a per-country level, you see humungous differences in venture capital acceptance. And also in the understanding of entrepreneurs of what venture capital can do for them and not do for them. However, the good news is that it’s rapidly changing.’

Carlos Moedas, European Commissioner for Research Science and Innovation, has announced his intention to establish a pan-European venture capital fund of funds that would combine public finance and private capital to invest in European VC funds and increase the financing available to new companies.

The EIF's SME Venture Capital scheme is part of an EU initiative called InnovFin – EU Finance for Innovators, which was set up under Horizon 2020 and consists of a range of financing options and advisory services for innovative companies.

InnovFin is run by the European Investment Bank Group, which includes the EIF, and covers all stages of research and innovation and sizes of company. It is available in EU Member States and also to countries associated to Horizon 2020.

By 2020, the InnovFin initiative is expected to make more than EUR 24 billion of financing available. It is hoped that this will be joined by private funding, so that the final total available to innovative companies over that period will be EUR 48 billion.

More information can be found at: http://www.eib.org/products/blending/innovfin/