Is there arsenic in your rice? 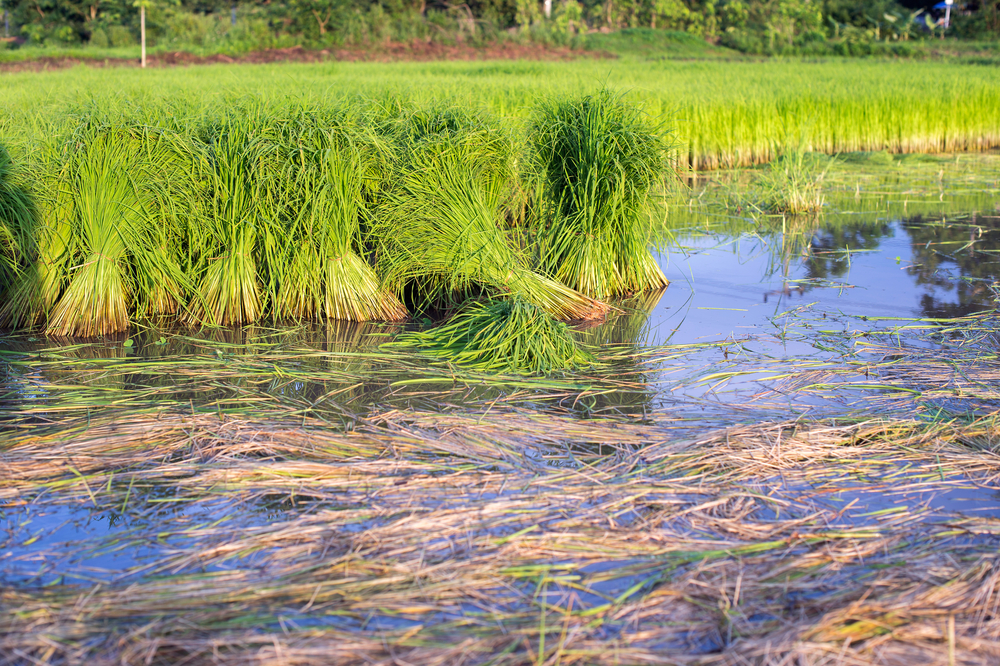 Around half the rice-based products aimed at children, including baby rice, rice crackers and cereals, contain arsenic in quantities that will exceed EU limits due to come into force on 1 January 2016, according to researchers who are investigating the prevalence of the carcinogen in food.

Arsenic plays a role in the development of diabetes, cancer, heart and lung disease.

Diabetes alone affects 55 million Europeans and over EUR 90 million is being spent in Europe yearly on healthcare linked to diabetes, according to the International Diabetes Federation.

The European Commission has set new maximum levels of inorganic arsenic in rice and rice products which are due to come into force on 1 January 2016.

It’s part of a wider push to ensure that EU citizens have access to safe and nutritious food.

‘In Europe the levels of inorganic arsenic in rice-based products for children are very high. And because children have a higher food consumption rate by body weight than adults, this is of concern.’

Children under three years old are two to three times more exposed to inorganic arsenic from their diets than adults, because rice is an important ingredient in many foods aimed at children, such as baby rice and rice crackers. Children with coeliac disease are particularly affected as they tend to eat more of these products.

The European Commission has set new maximum levels of inorganic arsenic in rice and rice products that are due to come into force on 1 January 2016. But, in the meantime, EU researchers want to know more about how arsenic finds its way on to our plates and investigate whether new agricultural and industrial processes can limit that.

Researchers on the EU-funded RICENIC project, run by Dr Signes-Pastor, are analysing levels of arsenic in rice-based products sold in the United Kingdom and aimed at children. They are concerned about levels across Europe but chose to study the UK because, with no paddy fields, it imports all its rice, making it representative of any European market.

The researchers found inorganic arsenic and other arsenic metabolites when testing four-year-old children’s urine and discovered that about half the rice-based products they looked at, including baby rice, rice crackers and cereals, contained more than 100 parts per billion of arsenic – the upper limit that will come into force next year.

In order to find ways to reduce arsenic levels, the RICENIC team has been working with rice growers in Spain and their work could pave the way for a new way of growing rice.

‘We are not working on new varieties, we are mainly focused on agricultural practices,’ said Dr Signes-Pastor. ‘It means that changing the way we manage the water, the way you use fertilisers, you can reduce the inorganic arsenic uptake.’

‘The safe level of inorganic arsenic is zero.’

Dr Signes-Pastor says there is also scope for changes during the industrial cooking process, which could cut children’s exposure to inorganic arsenic in the shorter-term.

‘The larger the water-to-rice cooking ratio, the more inorganic arsenic can be removed by cooking. A novel way of cooking rice has been developed by the research team where rice is cooked in a continual stream of percolating near-boiling water that significantly reduces the levels of inorganic arsenic – which could be a solution straight away.’

Elsewhere, scientists are investigating exactly how arsenic transforms into different compounds and achieves its level of toxicity. The EU-funded BIOMETA project is trying to understand more about two parts of the transformation process - biomethylation - where new chemicals are added - and biovolatilisation - where it mixes with the air.

They are concentrating on what happens to arsenic in soil – one step before it is present in food.

‘We are investigating how soil arsenic, originating from arsenic-tainted groundwater in the case of rice paddies, is transformed by microorganisms that will change its chemical speciation and thus its properties and toxicity,’ said Dr Adrien Mestrot of the University of Bern, Switzerland, who is running the project.

The project’s findings could have far-reaching implications on food safety by helping researchers work out how to reduce arsenic levels in soil. ‘Biomethylation also generates volatile species and these could potentially - if the exact process was understood - be used, for example, for bioremediation,’ said Dr Mestrot.

Bioremediation is a method that uses biological organisms to remove pollutants. ‘We’re still far from that because we do not yet really understand the mechanism. It seems to be widespread but the levels of volatilised arsenic are very low,’ he said.

‘But that’s why it is important to study it because it might be possible to get rid of the arsenic by letting the microbe in the soil volatilise it.’