Super-sour sweets give the next generation a flavour of science 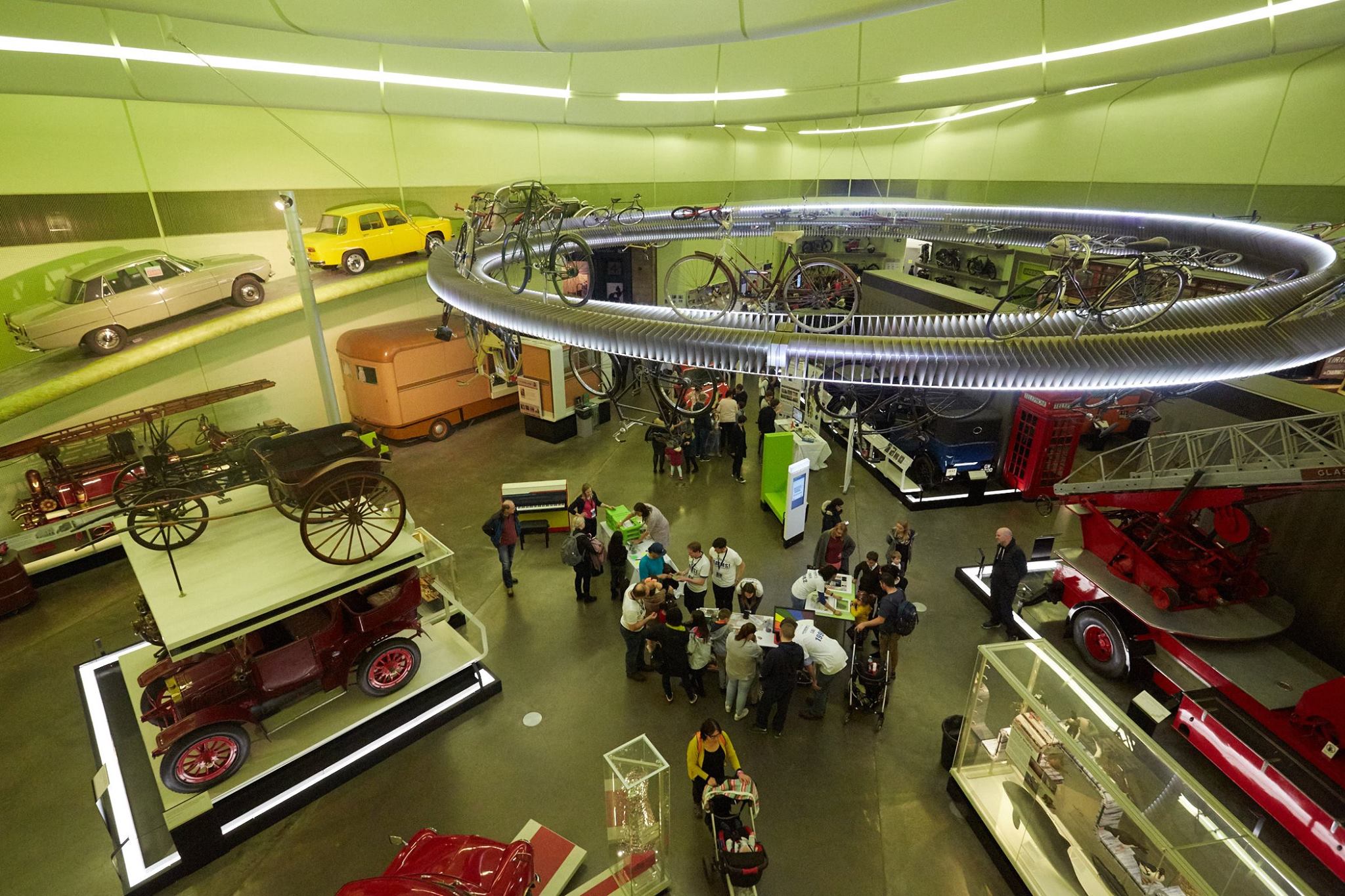 Could you keep a super-sour sweet in your mouth for three minutes without spitting it out? That was the challenge faced by youngsters in Glasgow on 29 September as researchers and the public came together to celebrate science at the Explorathon Extravaganza at the city’s Riverside Museum.

It was one of many events that took place in cities all over Europe from Athens, Greece, to Vienna, Austria, to Brussels, Belgium, to London, UK, and beyond, as part of an annual event designed to promote public engagement with science.

‘It's great to see so many young children here enjoying science,’ said Daniel Smith, a visitor at the event. ‘It shows them that there's a diverse amount of themes they can explore.’

Dr Lisa McCann who was in Glasgow presenting her research on cancer support, in which smartphones are used to aid treatment, said she was really keen to be part of the night. ‘It's a great way to engage with the public and talk to many different people about the research and science we are doing as part of the university and an EU project,’ she said.

‘We're talking to a range of different age groups and a lot of people we're talking to have known someone who has gone through cancer, so they can relate to our research.’

‘It's great to see so many young children here enjoying science. It shows them that there's a diverse amount of themes they can explore.’

Most children failed the sweet challenge, while a select few enjoyed the sour-tasting candy, but the demonstration made an interesting scientific point about the strength of taste buds and the link between physical taste and psychological reactions.

In another popular experiment with sweets, researchers got attendees to hold their nose while chewing jelly beans, making it impossible to guess the flavour. Younger visitors were thrilled by the flavour when they released their nose, demonstrating that taste is directly impacted by smell.

‘It’s really entertaining, there’s lots to do, and I liked that I got to do some experiments,’ said young attendee Darren Wilson. ‘The one I liked the most was about bacteria on uncooked meat, and we also did a facial recognition experiment which was quite cool.’

Other highlights from Glasgow’s Explorathon Extravaganza included demonstrations software that uses an Xbox Kinect game to encourage exercise in cardiac patients and the use of music to treat stroke victims.

‘I think it's a fantastic opportunity for researchers to see other researchers' work around the city of Glasgow,’ said scientist Habib Nassar. ‘I also think it's fantastic that children can come and see and be inspired not only by science, but what's going on at a local level on a more tangible scale that they can aspire to.’ Nassar’s research works with bionic limbs and artificial, solar-powered skin made with graphene.

One stand-out project demonstrated a simple technology that uses specific sound frequencies to isolate diseased red blood cells from healthy ones. Acoustic vibrations are tuned in such a way as to concentrate healthy cells at the centre of a droplet, while unhealthy cells circle its edge. The point of the research is to make it easier to diagnose and treat diseases like malaria.

‘So far, I have really liked everything. The researchers who were working with malaria, using sound to separate blood cells, was fascinating,’ said one Glaswegian visitor, Pete Martin.

‘It’s really interesting to see the more local things that are going on and get to chat to the researchers,’ he added.

Many people who had attended the previous year’s Explorathon were returning for another visit. The public and researchers agree that it is an important way to get children more involved in science and see that there’s more to it than just sitting in a lab.

Every year hundreds of events take place simultaneously across Europe and neighbouring countries. European Researchers’ Nights have been taken place every September since 2005.

In 2017, all the events took place on Friday, 29 September in over 300 cities in around 30 countries. Cities holding events included London, Glasgow, Athens, Vienna, Brussels, and more.

All the events are supported by the European Commission as a part of the Marie Skłodowska-Curie actions (MSCA), funded under the Horizon 2020 programme, to boost the careers of researchers.