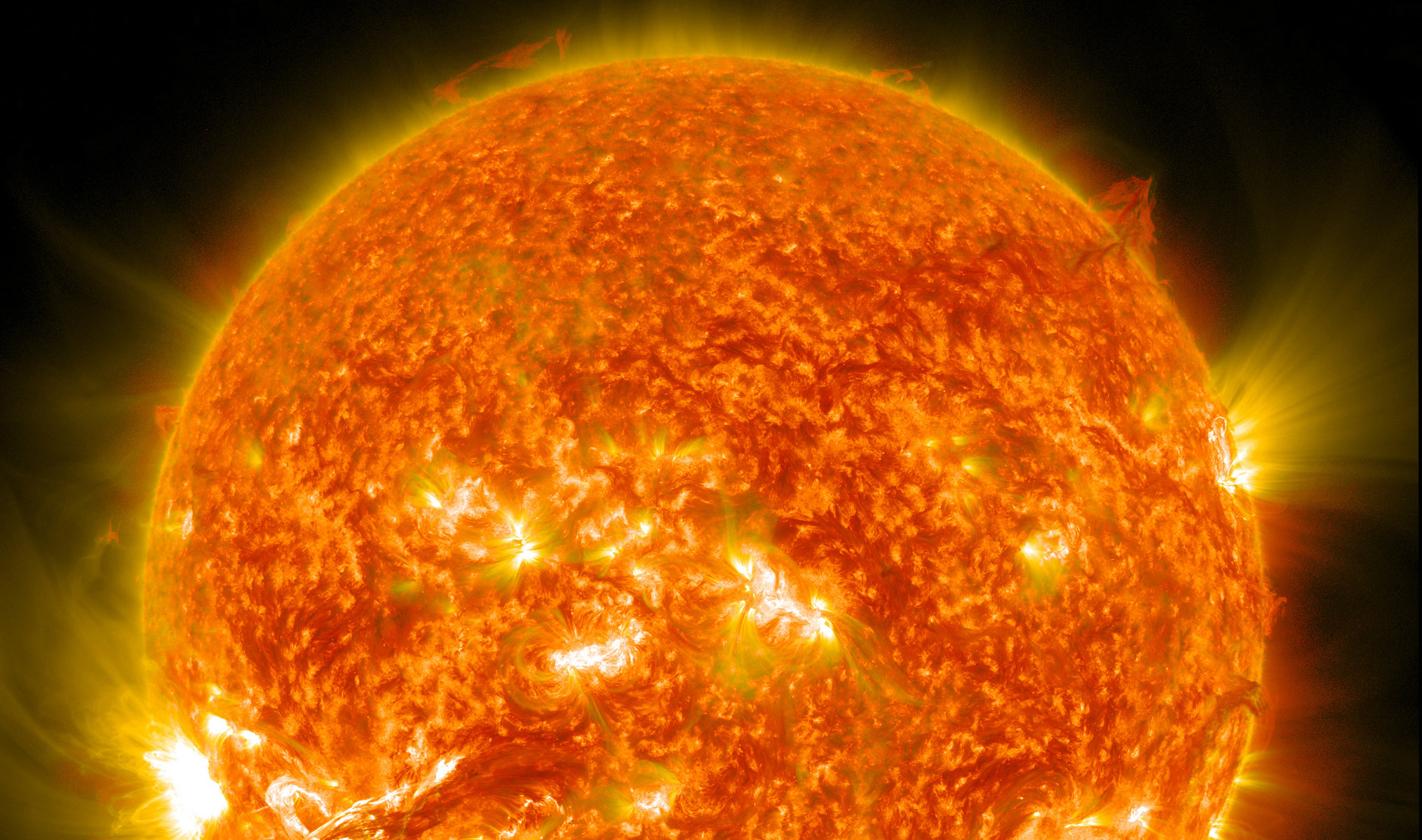 Few would be surprised to learn that the sun is very, very hot. At its surface, the temperature is several thousand degrees Celsius.

But you might think that, like a fire, the temperature drops as you move away from the surface. In fact, way out in the sun’s corona (the outermost part of its atmosphere) the temperature rises swiftly – to several million degrees.

The reason is a mystery, but now some scientists believe they’re on the verge of finding out.

Dr Sven Wedemeyer of the University of Oslo in Norway is one such scientist. He is working on a project called SolarALMA, funded by the EU's European Research Council (ERC) to analyse groundbreaking data from the Atacama Large Millimeter/submillimeter Array (ALMA), an expansive radio observatory in northern Chile’s Atacama Desert.

Nowadays, there are many theoretical ideas for how so much heat ends up in the corona. Some scientists believe the heat is transported there by acoustic waves, while others believe the heat is generated by the snapping of magnetic field lines – a similar phenomenon to that behind solar flares.

But no one knows if just one of these ideas is responsible, or if they are all involved in varying amounts.

‘It’s like a big puzzle. We keep adding small pieces all the time.’

‘Today, the question is not how the heat gets there, but how exactly?’ explained Dr Wedemeyer. ‘Which mechanism contributes the most to the deposition of energy?’

Consisting of 66 radio antennas spread out over up to 16 kilometres, ALMA can study the sun’s various wavelengths – similar to the different colours in visible light – of heat radiation at unprecedented resolution. In principle, each of these colours give an insight into the structure of the sun at different depths, like peeling away the layers of an onion.

Dr Wedemeyer’s job is to devise the computational tools to convert ALMA’s raw data into this sort of 3D temperature map. Similar tools have been developed before, for the study of nebulae and other astrophysical entities, but they have only been required to track changes over long periods of time.

For an object like the sun, which changes minute by minute, the task of developing the tools is a lot harder. But Dr Wedemeyer points out that the challenge brings a greater reward, as he and his colleagues will be able to generate not just solar images, but solar movies.

From data collected in December 2016 and April last year, the researchers are using their tools to create their first images and movies of fibrous heat structures changing in the sun’s outer atmosphere.

‘It’s difficult to say exactly when we will make a breakthrough, but it will come,’ said Dr Wedemeyer. ‘This is the best shot we’ve had.’

Still, ALMA is not the only window onto the coronal heating mystery. Orbiting spacecraft such as NASA’s Solar Dynamics Observatory and STEREO also have the potential to delve into the structure of the sun’s outer layers, albeit by probing different wavelengths.

Professor Ineke De Moortel of the University of St Andrews in the UK is leading an ERC-funded project called CORONALDOLLS to translate between these parameters. Her goal is to uncover unique signatures within the computational models that, if borne out in the observational data, would provide evidence for a certain heating mechanism.

‘If we find observable properties, we can go and look for them,’ she said. ‘If not, and it turns out that different heating mechanisms would actually look the same in the observations, then we know we need to develop a different approach.’

Finding a telltale signature of a heating mechanism is not easy, but Prof. De Moortel takes inspiration from a more terrestrial-sounding field – seismology. Just as seismic waves from earthquakes can help us understand the inner layers of the Earth, she explains, so waves observed in the sun’s atmosphere can impart information about its structure.

Being just two years into her project, Prof. De Moortel does not yet have any concrete answers. But her hopes are high.

‘It’s like a big puzzle,’ she said. ‘We keep adding small pieces all the time.’