Statistics and nuance – the new secrets behind learning a foreign language 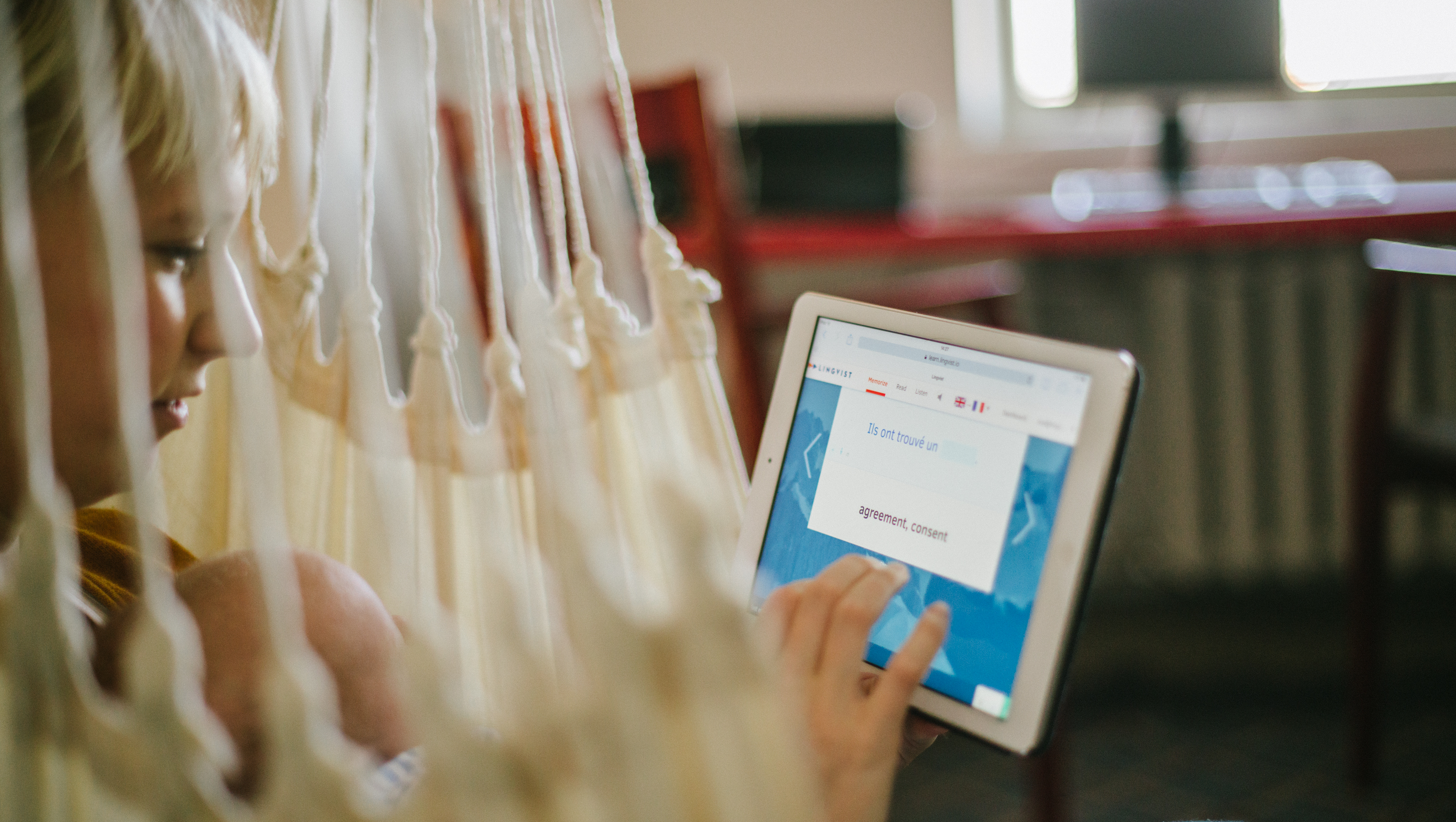 Researchers used statistics to develop the Lingvist app with the hope that users can learn a foreign language faster than other techniques. Image courtesy of Lingvist

Software that uses statistics to adapt to your learning style and greater insight into how the brain processes ambiguity and nuance are helping scientists design new ways to learn a foreign language.

Dr Mait Müntel, CEO and co-founder of EU-backed start-up Lingvist, is an unlikely language-learning entrepreneur. He was working as a physicist at the CERN lab in Switzerland, part of the team that discovered the Higgs boson, when he had the idea that he has developed into a growing business.

‘I was really bad at learning languages at school,’ Dr Müntel, originally from Estonia, said. ‘It was the most amazing time to be at CERN but I realised that I’d been there quite a long time and didn’t speak French. I wanted to do something about it quickly.’

Dr Müntel set about researching language learning and uncovered outdated textbooks and software programmes that he found did not take account of statistics – so decided to create his own programme.

‘Language learning is so traditional at school, there’s so much potential to improve it with software programmes.’

‘I knew that if I could take into account some statistical principles then I could potentially save a lot of time,’ he said. ‘I made some calculations, counting how many words you need, how quickly you can absorb new information, of what would be the shortest time to learn a language and I got to 100 hours. It was so much shorter than I had previously spent for English and I got obsessed with the idea.’

Dr Müntel made a test programme that took into account language statistics and measured his own memory processes, optimising how the programme worked. He compiled a database of film subtitles – because they only contain conversational, direct speech – and he was ready to go.

‘When I had been learning a month I had this amazing moment when I was driving a car and I turned on the radio and I realised I was understanding everything. When I started learning English it took several years before I was able to understand the radio,’ he said.

Personalisation is what sets apart Lingvist, now in a test phase with 10 language pairs available to learn – and a goal of exceeding 20 pairs by the end of the year.

‘We have all the data about students so we can measure in great detail how people memorise things and how strong their memory is. We can measure whether they learn better when they type or speak,’ Dr Müntel said.

‘If you have a little bit of a shorter memory, it makes a huge difference. If you review those words you learned too infrequently you can’t have long-term results but if you adjust the time-steps just a little bit, you would only need one or two additional repetitions to have the same result.’

Some students are using the programme in conjunction with traditional language courses and reporting good progress, Dr Müntel says.

‘Language learning is so traditional at school, there’s so much potential to improve it with software programmes.’

The team is focusing on adult language learning for the moment, but once the technology is fully up and running will aim to roll it out to children and even to other disciplines too.

The European Union alone has 24 official languages, highlighting the importance of being able to communicate – and with big opportunities for linguists in an increasingly globalised world, the study of languages is gaining more and more attention.

One area under investigation by Dr Tamar Degani, of the University of Haifa in Israel, is how ambiguous words – words which have more than one possible translation – can have an effect on a person’s ability to learn a language.

‘In terms of the main hypothesis that ambiguity can influence learning, we’ve definitely found supporting evidence for that: if you encounter words that map in an ambiguous way to your first language, it’s more difficult to learn,’ said Dr Degani, who is lead researcher on the EU-backed Ambiguity in Foreign Language Vocabulary Learning project.

In practice, that means students need to learn to distinguish all the different nuances of an ambiguous word in their mother tongue and then learn the different words in another language that can translate it – and vice versa.

The findings of Dr Degani and her team could have an impact on how languages are taught.

‘Our earlier work with learners suggests that the way these words are typically taught in classes is not really the optimal way. Teachers tend to teach one translation of an ambiguous word and postpone the others to reduce the complexity of what they present to students. In fact, what our data from adult learners in the lab shows is that presenting the complexity early on, teaching both translations together, makes for better learning.’

Dr Degani also has another goal – to find out whether learning a second language can have a backward influence on the first language. In the case of the study, that would mean that learning Arabic would have an impact on a native Hebrew speaker’s Hebrew.

A third goal of the project is to look at how previous experience with multiple languages affects learning a new foreign language. The researchers are comparing how Russian-Hebrew bilinguals learn Arabic, compared with how native Hebrew speakers are learning Arabic and expects to have the results soon.

In Hungary, only 35 % of the population speak at least one foreign langugage, whereas in Luxembourg almost everybody -  98 % - does.