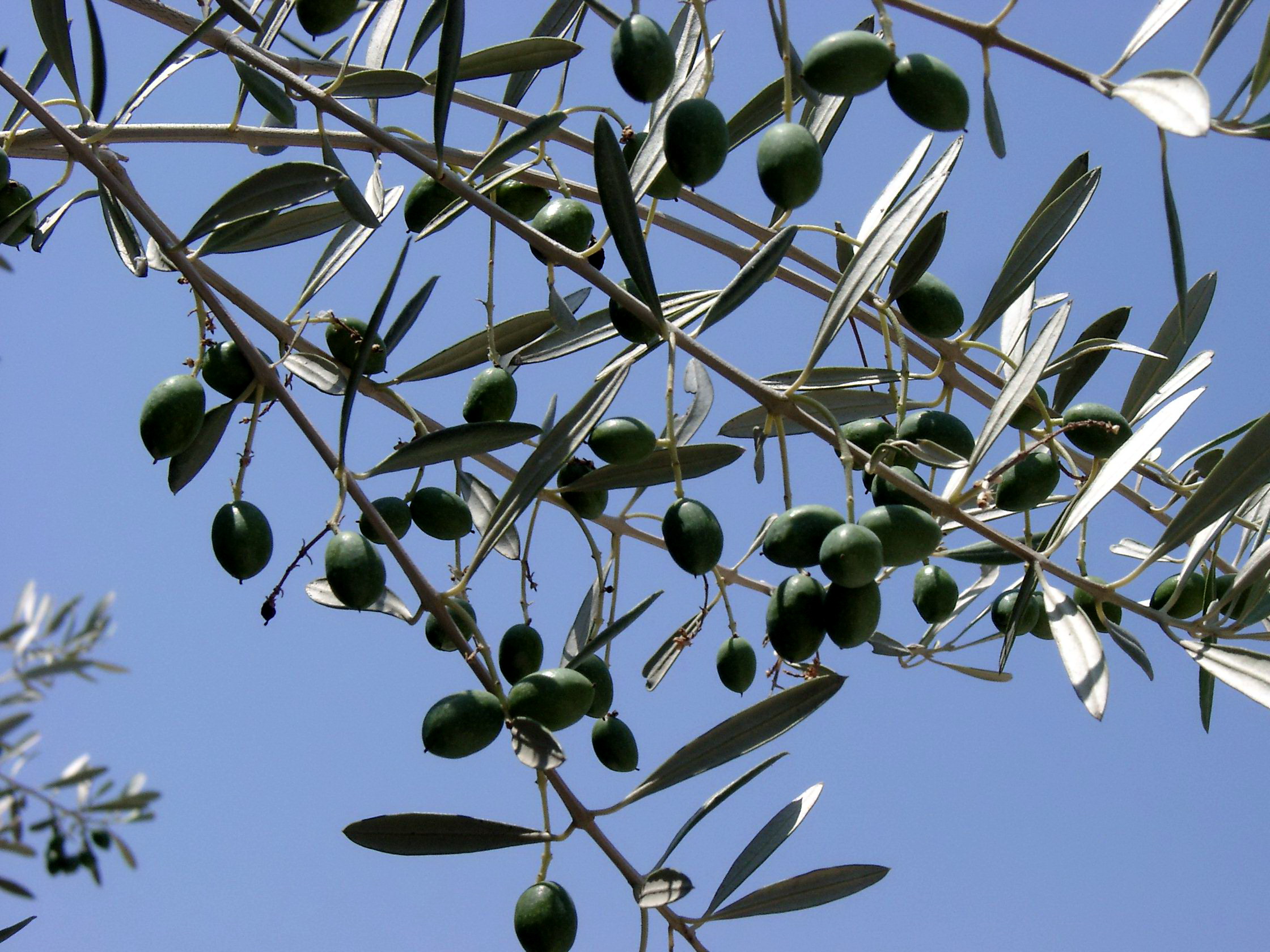 Blockchain technology can be used to track olive oil from the grove to its point of sale. Image credit - Hans Bernhard/Wikimedia commons, licensed under CC BY 3.0

The stakes are high for producers of expensive foods, which are particularly vulnerable to fraud. These include extra virgin olive oil, saffron, and organic produce.

‘People do not like to be cheated,’ said Michel Nielen, professor of analytical chemistry at Wageningen University & Research, in the Netherlands.

‘Once they start to face cases of organic products being fraudulent, for example, then they will be much more hesitant in general to pay additional money for organic products.’

It can take days or even weeks for laboratories to check for the presence of pesticides or antibiotics on samples collected in fields, abattoirs and shops.

By the time results come in, the goods may already have been sold and eaten.

‘We want to create a fundamental change in the world of food monitoring,’ says Prof. Nielen, who coordinates the FoodSmartphone project which is developing ways to detect food quality and safety using smartphones.

The project is finding ways to bring the laboratory to the field with technology that can be used by everyone, from food inspectors to truck drivers, retailers and shoppers.

‘Even consumers should be empowered to do food quality and safety checks,’ said Prof. Nielen.

The team is developing a device which can be attached to a smartphone to test food for the presence of allergens and pesticides.

The device will be able to detect if a product is organic or not, and whether it is safe.

Other hand-held testing technologies are also being developed. With so many people testing food much more data will become available, says Prof Nielen.

That means governments and industry will be able to react faster to a breaking issue and know more precisely which parts of the food chain to close down.

But they will also have to respond to a lot of issues raised on social media and in the general press by non-experts who have tested food and reached the wrong conclusions.

‘There is a high risk that people will develop a mistrust in (official) food testing and monitoring,’ Prof Nielen said.

One way to prevent this is for designated agencies to judge the quality of smartphone measurements, as more food testing technologies come on the market, he adds.

‘Consumers should be empowered to do food quality and safety checks.’

Other researchers are also testing big data algorithms to see how well they can predict food fraud.

They monitor potential triggers for food scams, which include harvest size, climate, political situations, food markets and the value of products.

Analysing the triggers helps them predict which parts of the global food chain are most likely to be targeted by fraudsters.

Breweries for example buy barley and malt from different parts of the world depending on the weather, to avoid the risk of mold contaminating their grain. That means fraudsters targeting breweries will try to mislead buyers over the country of origin.

‘You need to have excellent knowledge of global food supply chains to predict which parts of the food chain are most vulnerable’ in any given year, said Prof. Nielen.

Food safety and anti-fraud agencies should be able to start using this algorithmic technology in the next three years, he says.

Fruity, peppery flavours and the scent of cut grass, tomato and artichoke are some of the sensations which characterise top quality – extra virgin – olive oil.

A tingle down the back of the throat is a sign it is full of health-boosting antioxidants.

But counterfeit versions comprise one of the biggest sources of agricultural fraud in the EU, says the Oleum project which is developing ways to tackle the issue.

Sub-standard olive oils can be mislabelled as extra virgin, blended with other vegetable oils, or the country of origin faked in a market where Italian oils come at a premium.

Extra virgin olive oil from Italy costs about €340 per 100kg, compared with €197 from Spain, according to the International Olive Council.

Maintaining a good reputation is vital for consumer confidence, says Tullia Gallina Toschi, coordinator of the Oleum project and professor of food science and technology at the University of Bologna.

‘Crucially we need internationally agreed methods and standards for testing olive oil for fraud,’ she said.

If Italy and China use different ways to test the same olive oil, for example, and have different results, then consumers will lose trust in the product, says Prof. Gallina Toschi.

Europe has strong regulations governing the production and supply of olive oil.

‘But it’s not enough. We need to do more to (develop) new methods of control, to speed them up,’ she said.

Laboratory controls can take hours, but Oleum is trying to develop methods that can screen an oil in minutes.

‘And then in future it will be extremely important to develop a strategy using blockchain,’ she added.

Traceability is key, and blockchain technology will be important to track the oil from the olive grove to its point of sale, and include information about its quality from laboratory tests.

‘We need to work with honest producers to try to agree a uniform method that will give the consumer a way to check the authenticity or quality of the product from the label,’ said Prof. Gallina Toschi. ‘Producers are asking for this.’

Europe is starting to work on full traceability models which Prof. Gallina Toschi hopes can be rolled out internationally within the next ten years.

Many other countries - including the United States - have their own controls and regulations for olive oil.

‘In this case it’s extremely important to work hard for harmonisation.

‘Since we have the bulk of the market, we need to protect a lot of products. So we need to be very patient in convincing other (regions),’ she said.

Correction 20/8/2020 - This story has been updated to say that Michel Nielen is a professor of analytical chemistry, not of food safety, as said in an earlier version.