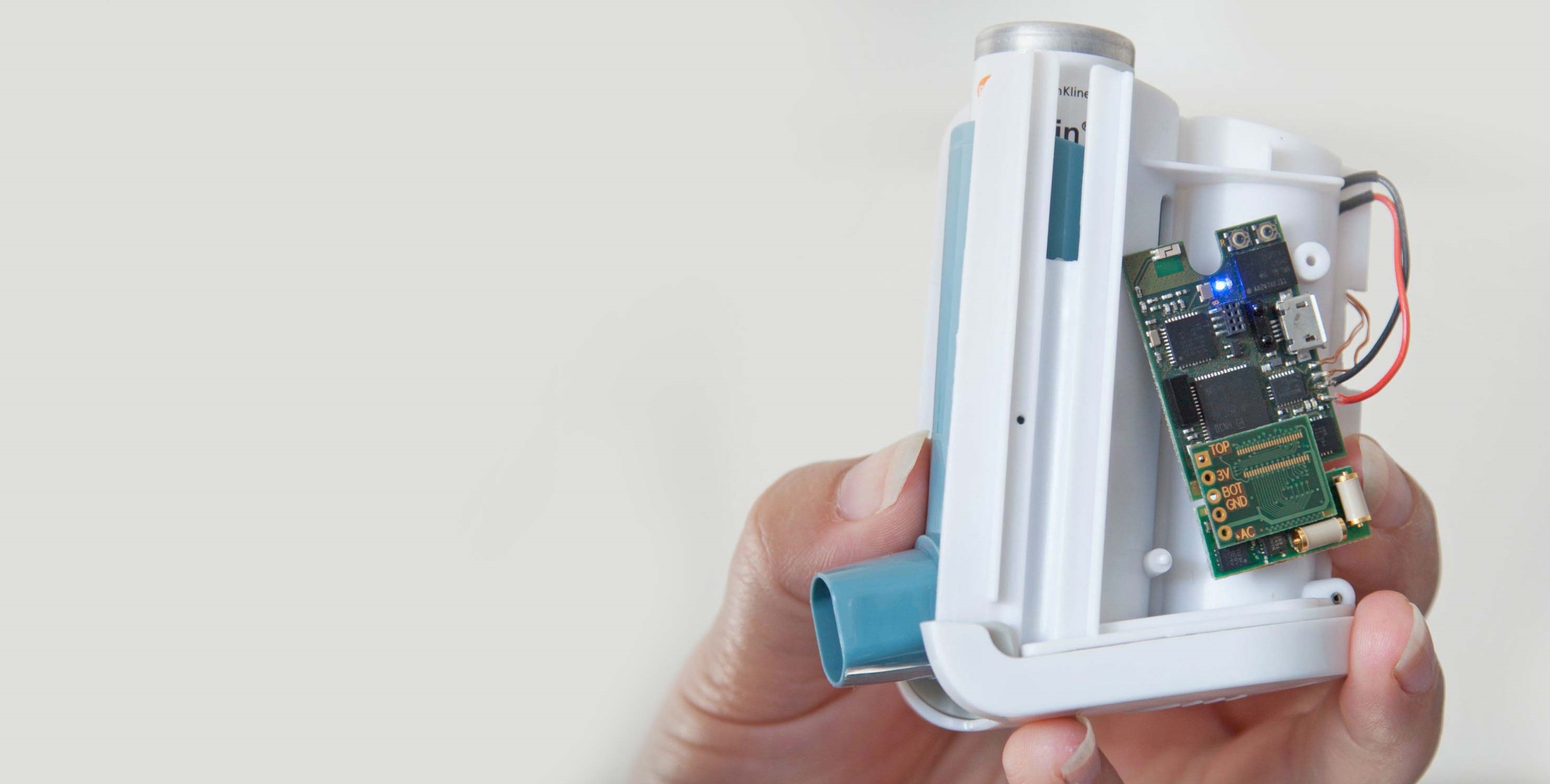 New technology can improve the use of asthma inhalers by giving patients feedback through their mobile phone. Image credit - IHP

With almost 30 million people under the age of 45 living with asthma in Europe, new 'smart inhalers' may provide better ways of treating the disease and help scientists understand what is driving this growing global epidemic.

For many patients, managing their asthma can be difficult – for some symptoms may be hard to control, and attacks may appear unpredictable. Globally, asthma is responsible for around 400 000 deaths each year.

Doctors also struggle to unpick what might be triggering attacks and have little idea if their patients are taking their medication properly, if at all.

But a new project that has combined an asthma inhaler with a range of sensors and mobile technology promises to change this.

The MyAirCoach smart inhaler records physiological data from the patient along with gathering information about the environment, such as the temperature and humidity. It even collects information about how the patient is using the device, such as shaking the inhaler before pressing the button to receive a dose of their medicine.

This can then be fed back to the patient on their mobile phone to help them understand and better manage their own symptoms, but it can also connect doctors to real-time information on their patients.

'They can be better informed about their condition but also clinicians can have new tools in order to have a detailed and more accurate picture of their patient’s condition outside the clinic,' said Dr Konstantinos Votis from the Information Technologies Institute at the Centre for Research and Technology Hellas in Thessaloniki, Greece, and deputy co-ordinator of the MyAirCoach project.

'There are huge problems because many patients don't use their medical devices correctly.'

While previous commercial 'smart' asthma inhalers on the market linked only to GPS – to offer location information, the MyAirCoach inhaler uses multiple sensors to give much more detailed information. These include a microphone and accelerometer to record the patient's inhaling technique, GPS and biomonitoring sensors, which record factors like environmental temperature and air pressure.

The device can also wirelessly communicate with the patient's smartphone and fitness trackers like FitBit to get more information about what the patient was doing. An app on their phone combines this with data from environmental sensor networks and satellites such as the European Union’s environmental monitoring system Copernicus.

A 'virtual assistant' then helps patients access the data on their phones and offers advice on how to manage their disease. The software allows doctors to set rules that will send auto-notifications to individual patients. For example, a doctor can set a rule that dictates if their patient's blood pressure rises above 120, they will receive a recommendation to take medication.

Dr Votis believes the smart inhaler could also be used to help better evaluate new medicines, or even to train patients to take their medication more effectively.

'There are huge problems because many patients don’t use their medical devices correctly,' he said.

Dr Votis and his colleagues, who received funding from the EU to start the project in 2015, are now preparing to start evaluating a prototype of their smart inhaler in the autumn. Asthma patients at two sites in the UK and one in the Netherlands will test the device over six months. The researchers are also in discussions about how to commercialise the project.

If successful, the information collected by MyAirCoach could also prove vital in helping the medical community gain a better understanding of asthma, what causes it and why it seems to be getting more common. It could, for example, help to make predictions about the disease, such as identifying whether high air pollution in a locality coincides with a spike in asthma attacks.

'Asthma is increasing around the world – and no one really knows why,' said Professor Neil Pearce, an epidemiologist at the UK's London School of Hygiene and Tropical Medicine. He is leading the AsthmaPhenotypes project, which is funded by the EU's European Research Council and is attempting to unravel the causes of the disease and its increasing prevalence.

Rates of asthma vary dramatically around the world - while studies show up to 30 % of children in the UK will experience asthma symptoms in a year, the figure is just 3 % in Albania and Greece, while in parts of rural China and Africa it is just 1 %.

But asthma is becoming more common in these less-affluent countries as the world becomes more Westernised and people move from rural areas to cities, says Prof. Pearce. He speculates that in 10 to 15 years' time, rates elsewhere in the world will rise to match those found in the UK.

'There’s a major public health problem coming down the train line,' he said.

As part of the AsthmaPhenotypes project, which will assess patients from the UK, New Zealand, Uganda, Brazil and Ecuador, Prof. Pearce hopes to be able to examine and categorise different subtypes of asthma.

Our understanding of asthma has changed over the last 20 years. It had been thought that it was an allergic disease, but in fact research has shown that less than half of asthma cases involve allergic responses.

'It’s not completely clear whether the division into allergic and non-allergic asthma is the best way to classify the disease,' said Prof. Pearce.

His project, which will be conducted mostly in children, aims to re-classify asthma using clinical and genetic data from patients with asthma. It will study 200 patients with asthma, and 50 without asthma, in each of the five countries involved. The international team will collect clinical data, along with blood and sputum samples to search for biomarkers and genetic markers that may be related to asthma. These will be used to reclassify the asthma subtypes.

'It’s important to find out not only the different types of asthma, but how these compare in different countries,' said Prof. Pearce. This global perspective could provide clues about what exactly is driving the global epidemic.

Recent studies have also cast doubt on previous assumptions that inflammation of the airways plays a crucial role in asthma. About 40 % of asthma patients showed no inflammation at all in a study Prof. Pearce co-authored in 2016.

'We really need to have a rethink on what asthma is,' he said. Many asthma drugs focus on dealing with allergic inflammation of the airways, but if the cause of asthma is different in more than half of patients, other therapies may be needed.

'Ultimately, it could lead to better treatments for people who have asthma, as well as better knowledge about how to prevent it,' said Prof. Pearce.