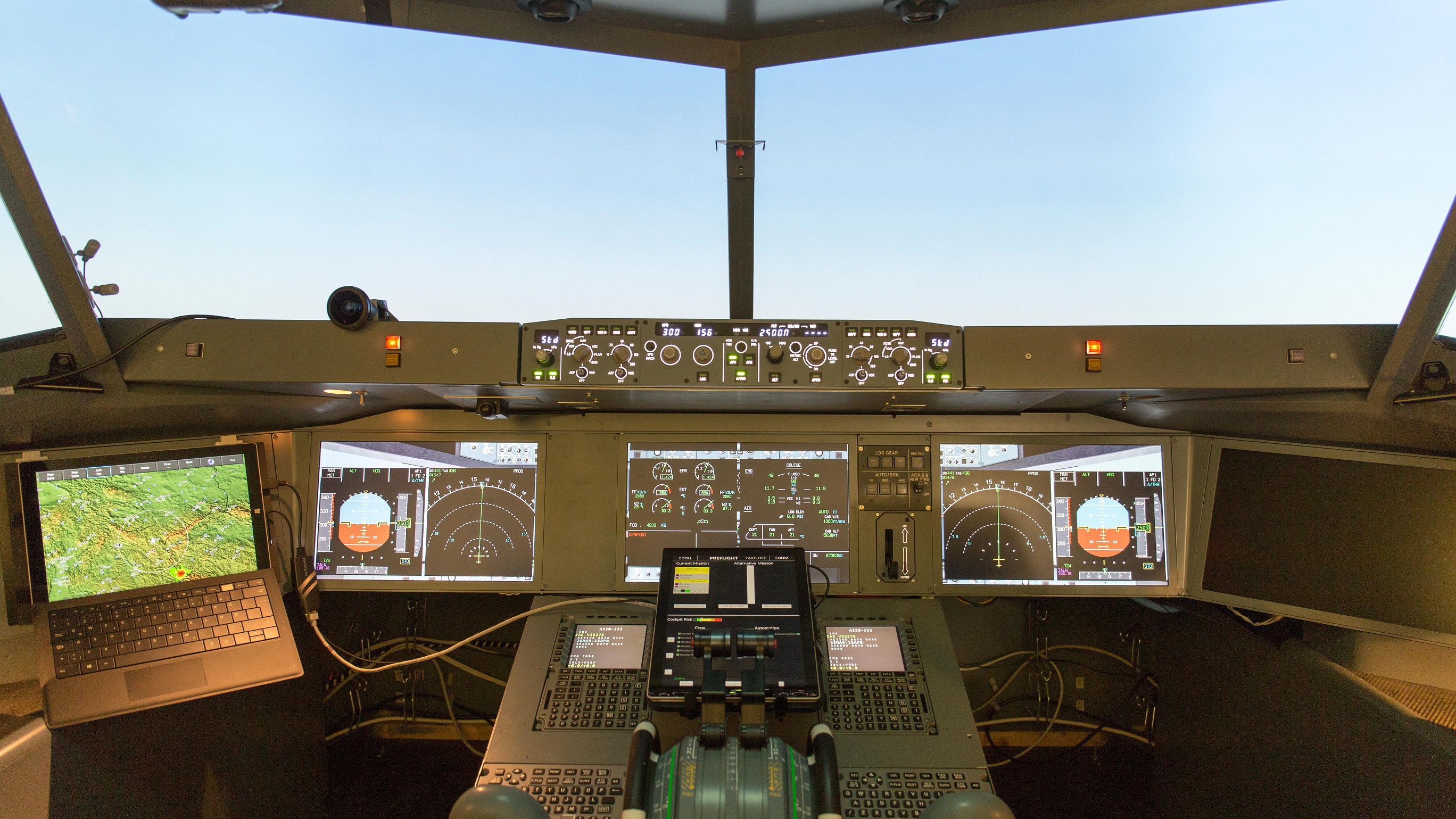 Intelligent autopilots could make flying easier for the crews and allow them to undertake on-board training. Image credit - A-PiMod/ DLR

Intelligent autopilot and cockpits designed by virtual reality could ease the burden on pilots and make flying safer for Europe’s airline passengers.

Figures show that 918 million passengers travelled by air in the EU in 2015 – a 4.7% increase on the previous year – and passenger numbers are still growing.

Flight safety is a key priority and now researchers have developed a digital co-pilot that can help to analyse risks and offer in-flight advice to the human pilots on board, while also monitoring their stress levels and workload.

There has been a considerable increase in the number of flights and air carriers within the EU over the past 25 years. Passenger numbers have also risen - from 360 million a year in 1993 to almost a billion today.

As the volume of air traffic continues to grow, the EU needs to ensure that the rate of air accidents continues to decline in order to keep the level of fatalities low.

Developing a smart, green and integrated transport system, which includes aviation safety, is a key priority for the next three years of the Horizon 2020 funding programme, which was announced on October 27.

A consortium of experts from across the aerospace industry, including global giants Honeywell and the German Aerospace Center (DLR), teamed up with research institutions on the EU-funded A-PiMod project to look at how sophisticated software could relieve the burden of stress on pilots in the cockpit.

‘Too high a workload can cause stress, which leads to mistakes,’ said Dr Helmut Többen of DLR, which led the project. ‘This system could reduce the risk of accidents.’

The system makes recommendations based on the condition of the aircraft and also the condition of the pilot. By measuring eye movements, gestures and inputs from the pilot, A-PiMod draws conclusions about their stress levels and their workload, and offers suggestions to the pilot which are adapted to the situation.

It cannot override pilots’ decisions but can make suggestions to the crew about which tasks they should perform themselves and which they should let the autopilot take over.

There are other benefits too. ‘Variation of workload is a problem for flight crews,’ Dr Többen said. ‘For example, on a flight taking off from a busy airport such as Paris and landing in New York, the first and last minutes of the flight will have a high workload. In between, for six hours the crew will not have much to do.’

A system like A-PiMod could lead to a much more uniform workload, with the intelligent autopilot taking over more tasks when pilots are busy. It could also free up time for the crew to undertake training programmes or other tasks in quieter moments.

The system has so far been tested on flight simulators, but one potential sticking point to rolling out a technology like this is data protection, says Dr Többen.

‘The pilots who tested the system were worried about the data the system collects about the performance of the pilots and whether it would be passed on to the airline,’ he said. But he is hopeful that those issues will be resolved. ‘I believe, sooner or later, we will have these systems.’

‘Too high a workload can cause stress, which leads to mistakes. This system could reduce the risk of accidents.’

Growing levels of new technology combined with new safety requirements and changing operational needs has meant the flight decks of airliners are becoming ever more complicated places for pilots.

‘These elements comprise a complex workspace that allows (no) room for errors,' explained Dr Dimitris Mavrikios, of LMS-University of Patras in Greece which led the project. ‘Thus they need to be tested thoroughly before and after the actual integration in the real cockpit for safety and security reasons.’

The i-VISION project uses a virtual environment to evaluate new cockpit components and how crews interact with them. Using a head-mounted display, a finger tracking system and a flight simulator, i-VISION analyses a stream of data from the flight instruments and about the pilots’ behaviour.

It also makes use of semantic web technologies, which are digital languages specially developed to define and find connections in data by expressing that data in a way that machines can easily process.

Together they form a system that eliminates the need for costly and time-consuming physical mock-ups to be built. It can also be used to provide crew training.

‘The semantic engine that is attached to the virtual reality framework, dramatically increases the usefulness and relevance of manipulated data to human operators,' said Dr Mavrikios. 'This makes virtual cockpits and interaction with them smarter than simple simulators.’

The use of virtual reality reflects a growing trend across many industries, not just aerospace, added Dr Mavrikios.

‘Virtual reality offers a unique and critical advantage when compared to the more conventional desktop simulation,’ he said. ‘(It has) the ability to obtain information directly from the user’s actions and behaviour during the simulation of a scenario.’

The i-VISION project, which finished last year, will soon have a concrete impact on how cockpits are developed. Airbus will be using the tool to experiment with new cockpit concepts, taking human factors into account early on in the design process.

Dr Mavrikios believes there is potential for much more use of virtual reality technology in many sectors but especially in aerospace and aviation, for flight training and real-time pilot assistance among other applications.

‘The high-stakes nature of modern aviation where a mistake can come at a huge cost, has spurred on technological progress,’ he said. ‘The aviation industry has always been willing to try out new technologies for the sake of ensuring safety. As such, virtual reality has been welcomed by the aviation industry.’