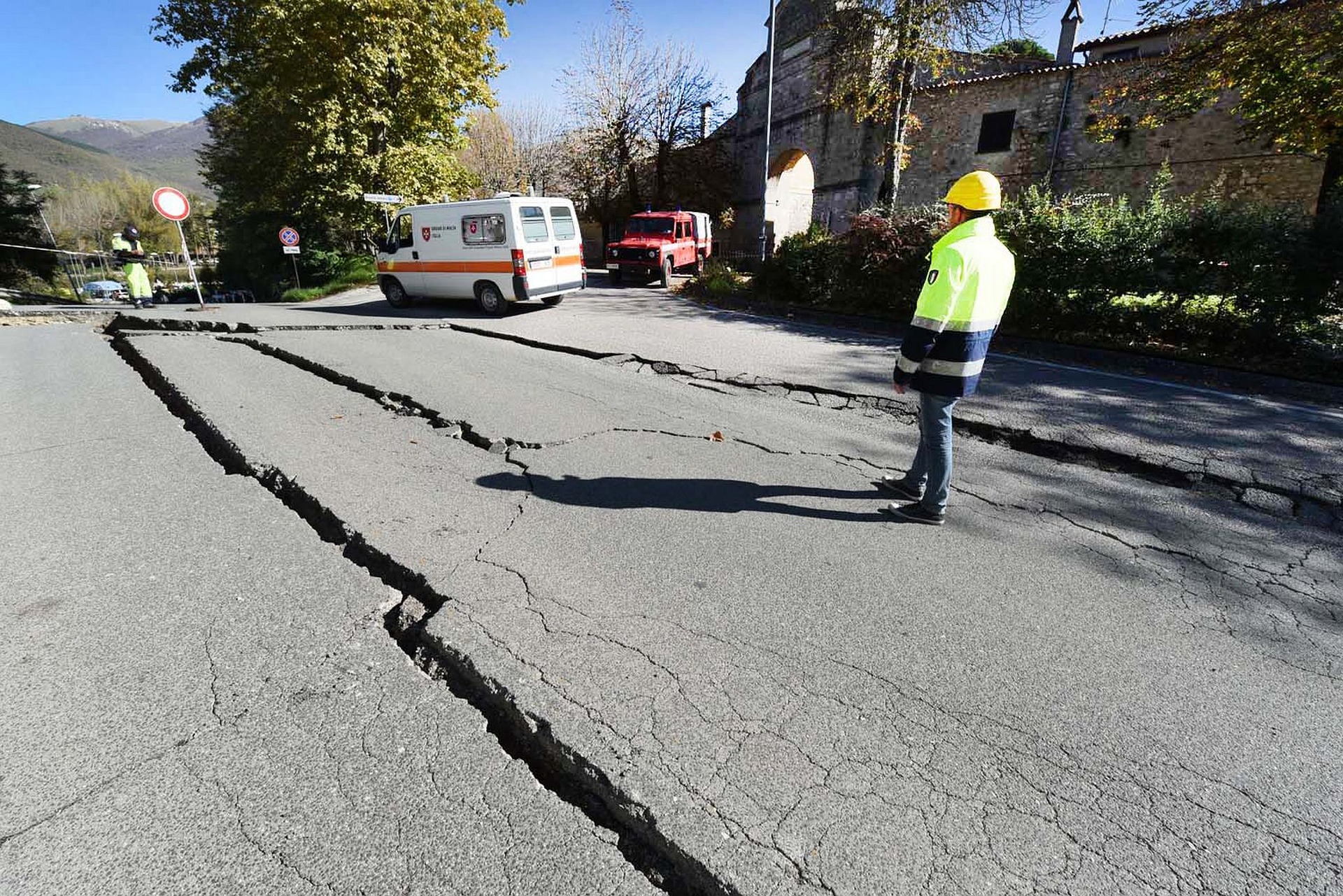 Unlike regular earthquakes, which can cause visible damage, slow earthquakes cannot be felt at the Earth's surface. Image credit - Pixabay/ marcellomigliosi1956, licensed under pixabay license

Earthquakes are sudden and their shaking can be devastating. But about 20 years ago, a new type of earthquake was discovered. We cannot feel them, and geologists still know very little about them, such as how often they occur.

Regular earthquakes occur when rock underground breaks along a fault – a crack in the Earth’s crust that commonly forms a boundary between tectonic plates – and slips at a speed of about a metre per second.

Previously, it was thought that unless there’s an earthquake, faults move very slowly, at fingernail growth rate. Then, better earthquake-detection instruments revealed that there is a whole range of slip speeds in between. These are known as slow earthquakes and can last days, months or sometimes even years.

‘Earth movement accelerates but it doesn't accelerate to the point where it makes an earthquake that can be felt on the surface,’ said Dr Ake Fagereng, a geologist at Cardiff University in the UK.

There are still many questions to be answered about slow earthquakes though. How they happen, for example, still isn’t clear, as well as what the repercussions might be.

Dr Fagereng and his colleagues are especially interested in slow earthquakes’ relationship to regular ones and the conditions that give rise to these events, which they are investigating as part of a project called MICA. ‘If we can figure that out, then we can hopefully also get at whether those conditions can change so that an earthquake speeds up,’ said Dr Fagereng.

In addition to drilling into an offshore area in New Zealand that experiences slow earthquakes, the team has been visiting regions in Japan, Namibia, Cyprus and the UK that would have experienced them in the past. Since they occur deep below the surface of the Earth, which is hard to study, the researchers have chosen areas that were once at the appropriate depths and conditions but have been brought to the surface over time due to erosion and uplift.

‘We are looking for structures that formed (as a result of slow earthquakes) and what they tell us about how the rocks accommodated that slip,’ said Dr Fagereng. 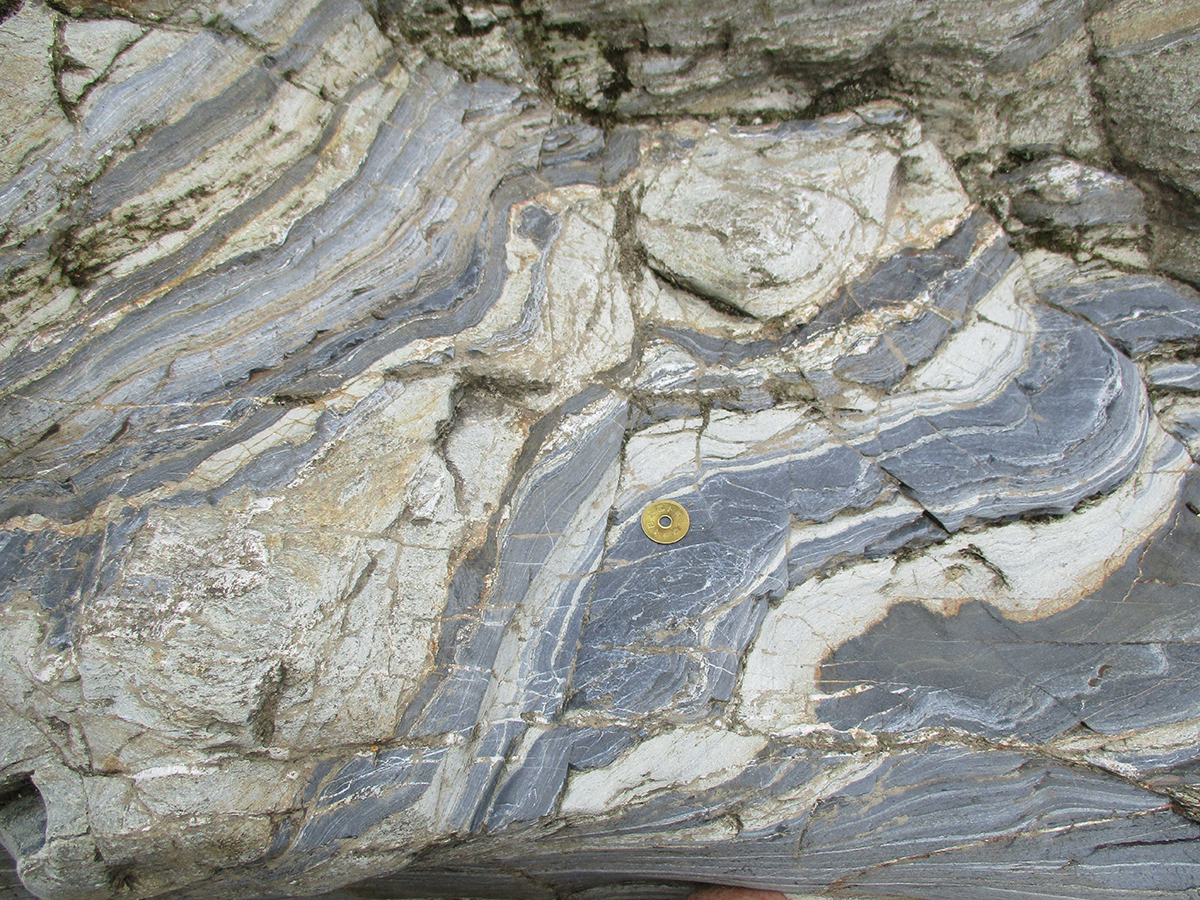 Their theory is that slow earthquakes occur when creep – tiny, continuous movements in a fault – accelerates throughout the fault zone, which can be several kilometres thick. Their field observations showed that a fault can be made up of different rock types of varying strength, such as solid basalt and granite and weaker clay-rich sediment. They suspected that stronger rocks start to fracture as creep speeds up due to weaker rocks moving around them but couldn’t explain exactly why.

Using information from their fieldwork, they’ve now developed a mathematical model to reproduce their theory and describe some of the physics behind it. A mixture of rocks with different deformation styles – such as breaking or bending – seems to be key. A proportion of creeping weak rock is required, as well as locally high enough pressure to cause some rock to rupture.

‘A possibility for these slow earthquakes is that you have a thick creeping zone with embedded stronger (rock) bits,’ said Dr Fagereng.

The team is planning to follow up with more field observations to refine their model. They still can’t explain why slow earthquakes occur at particular locations, for example, and why they are much more predictable than regular earthquakes, often occurring at set intervals.

Dr Fagereng thinks that findings from the project could help improve earthquake and tsunami forecasting. Last year, researchers found the first evidence of a slow earthquake preceding a regular earthquake in an area west of Fairbanks, Alaska, in the US. But the link between the two types of tremors isn’t well understood. In some cases, slow earthquakes could also alleviate stress that would otherwise build up and cause a larger earthquake.

‘We're hoping to get somewhere on what the relation is between slow earthquakes and regular earthquakes,’ said Dr Fagereng. ‘And then that could potentially feed into models for what size earthquake you can get in different regions.’

Lab experiments could also shed light on the physics of slow earthquakes. Dr Nicolas Brantut from University College London in the UK and his colleagues are using bespoke machines that can deform rock samples at high pressures and temperatures to mimic conditions deep below the surface of the Earth.

His team is particularly interested in the brittle-plastic transition, a region about 10 to 15 kilometres below the surface where the behaviour of rocks changes. Above this zone they are brittle, whereas beneath it they flow due to the high temperature and pressure which increase with depth. ‘The brittle part is where you have earthquakes,’ said Dr Brantut.

However, slow earthquakes seem to occur in the brittle-plastic zone, based on seismological observations. In many cases, they also take place at the same temperature and pressure conditions found in this region. But so far, slow slip events have typically been modelled based on the frictional forces at a fault without taking into account the peculiarities of the brittle-plastic transition zone where rocks start to flow.

‘The interactions between friction mechanisms and plastic flow mechanisms are not understood well enough to rule them out as mechanisms for slow earthquakes,’ said Dr Brantut.

As part of the RockDEaF project, Dr Brantut and his team are investigating the motion of rocks at the brittle-plastic transition. They are replicating the conditions in this region on pieces of rock centimetres long to see whether they fracture or flow. ‘We want to understand how these mechanisms compete with each other,’ said Dr Brantut.

So far, the team has examined the brittle-plastic transition by simulating a fault in the Earth’s crust in a block of marble. They investigated the behaviour of the rock at different pressures and were expecting to find a sharp transition between brittle and plastic behaviour.

However, they were surprised to find that both behaviours occurred simultaneously under a wide range of pressure conditions. ‘This is something that I think nobody has realised before,’ said Dr Brantut. ‘The fact that we can have both friction and deformation in a continuum at the same time.’

Dr Brantut thinks that results from the project could help pin down where slow earthquakes could occur by determining the conditions and properties of rock that are required.

But they could also provide new clues about the depths at which regular earthquakes originate. Temperature below the surface of the Earth increases as a function of depth, which is typically an increase of 10°C to 40°C per kilometre in the crust. An earthquake’s lowest point of origin is thought to coincide with depths that reach 600°C, since rocks become supple when they surpass this temperature and therefore can’t fracture and generate an earthquake. However better understanding of the transition in rock behaviour should help determine if temperature is the deciding factor.

‘We should understand more about what really controls how deep we can expect earthquakes to propagate,’ said Dr Brantut.