Size matters in air pollution – but it’s not enough 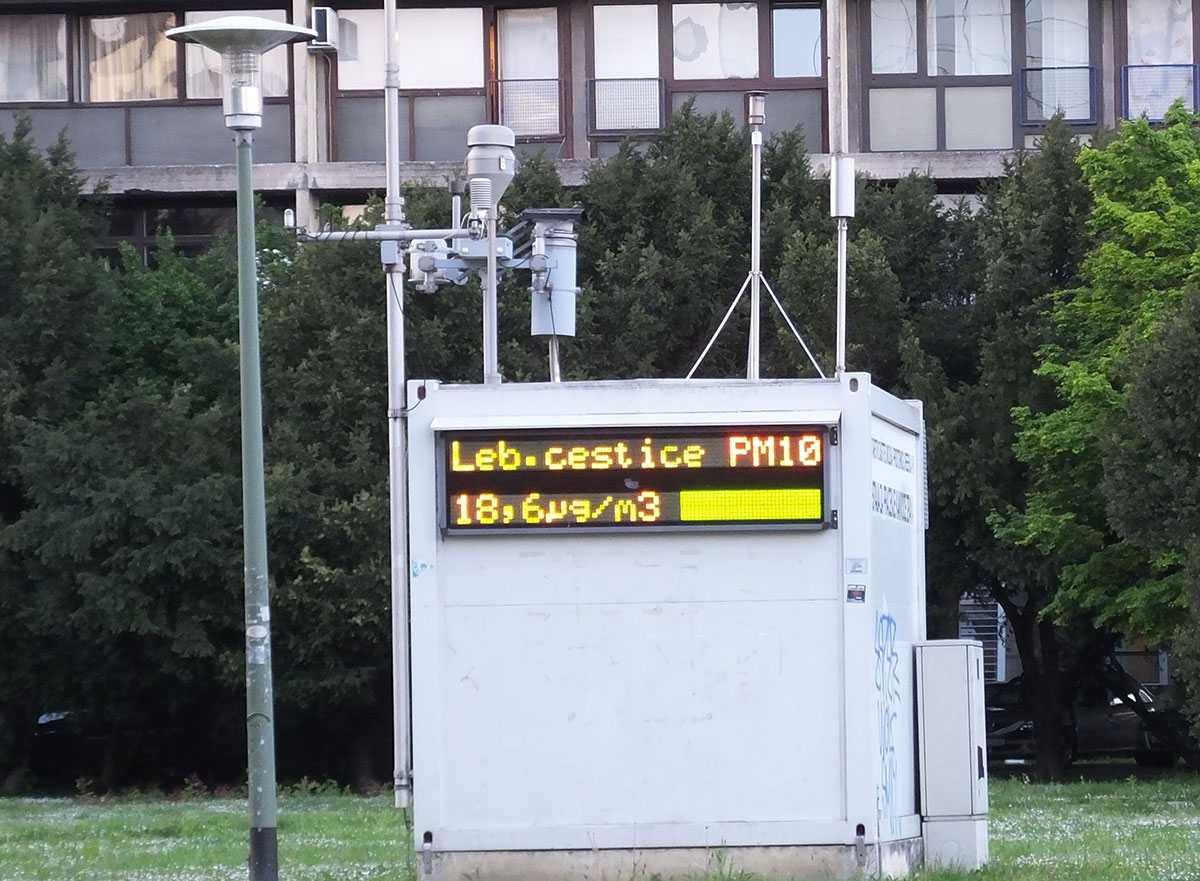 Current regulations on air pollution mainly focus on the mass of particles of a particular size range in a sample, and this has been used as a marker for their threat to human health. But these air quality standards do not address the medical implications of the very smallest particles – nor other attributes that may be damaging, such as their chemical makeup.

‘(Mass) is indeed a useful metric, but perhaps not enough on its own and laboratory research could help to establish (other) metrics for air quality that are more health-related,’ said Dr Konstantina Vasilatou, who heads the Particles and Aerosols Laboratory at the Swiss Federal Institute of Metrology (METAS).

The clean air brought about by reduced road and air traffic during coronavirus lockdowns, along with indications that air pollution may be linked with higher coronavirus death rates, is bringing questions about the effect of air pollution on human health to the fore.

While we know that air pollution can play a significant role in long-term health problems such as respiratory and cardiovascular diseases, cancer and dementia, there is still a lack of granularity about the exact effects of different types of particles.

By studying a particular class of airborne pollutants – known as secondary organic aerosols – Dr Vasilatou aims to assess how their chemistry, as well as their physical properties, may affect the cells of the human respiratory system.

These pollutants form when particles from natural or human-caused sources, including soot from vehicle engines, factories or fires, become coated in chemicals formed during the breakdown of so-called volatile organic compounds (VOCs) in the air. Those may be fumes from paints or solvents, or even the natural chemicals that give pine trees their scent.

Typically, these volatile organic compounds go through oxidation by interactions with ozone, nitrogen oxide or hydroxyl radicals in the atmosphere, helped along by sunlight. The resulting chemical residues, known as secondary organic matter, are then deposited on the particles or even coalesce into new ones.

Dr Vasilatou and her colleagues in the AeroTox consortium have been running experiments to assess how pure carbon particles coated with different amounts of secondary organic matter affect lung tissue or sections of the human trachea, to measure their cytotoxicity – how they damage and destroy cells, or cause inflammation.

‘The more we coat these particles, the larger the cytotoxic effects,’ Dr Vasilatou said, adding that the project’s early findings are still being analysed, but show clearly that the chemistry of the coated particles plays a role in destroying cells.

The researchers are still working to understand how the mass or the surface area of the coated particles may affect the cells, in addition to their chemical composition.

Ethical considerations rule out such tests on human volunteers, but the researchers are using donated tissue and three-dimensional multicellular lung scaffolds, along with novel methods for aerosol-cell interaction, to give a more realistic picture of what would happen during inhalation, rather than just soaking cells in liquid with the pollutants.

This kind of research could help in a rethink of current air pollution standards, which are usually regulated by the mass concentration of particles smaller than 10 micrometres in diameter (PM10) or smaller than 2.5 micrometres (PM2.5).

These categories do not adequately address the ultrafine airborne particles – smaller than 100 nanometres – that can be inhaled into the furthest reaches of the lungs, and, according to some studies, then cross into the bloodstream and carried around the body. These particles are usually found in higher concentrations in areas with a lot of road traffic.

‘It’s important to know if these particles are playing this negative health role, because if they are, then one can bring in approaches which reduce their production in society.’

Some epidemiological research suggests that decreasing particle size may have serious negative health effects, though there are inconsistent results in exploring the associations between ultrafine particles and mortality and hospital admissions.

‘It’s important to know if these particles are playing this negative health role, because if they are, then one can bring in approaches which reduce their production in society,’ said Professor Frank Kelly, from the environmental research group in the school of public health at Imperial College London, UK.

Part of the difficulty in regulating such ultrafine particles is that they are more difficult to measure and monitor, requiring more sophisticated and expensive equipment. It would not be viable to set regulatory standards that could not be monitored effectively, Prof. Kelly says.

He oversaw a research project on ultrafine particle pollution while at King’s College London, confirming suspicions that road traffic was a major source of ultrafine pollutants in four European cities with differing climates and other conditions.

But a surprising finding of the Health1UP2 study was the notable impact of aircraft emissions on the air quality in the four cities – Barcelona, Helsinki, London and Zurich – even when the airports were sited far from the urban centre.

‘Many, many kilometres away we were still seeing these ultrafine particles coming from the aircraft emissions,’ Prof. Kelly said.

While traffic was the major contributor to urban concentrations of the measured airborne particles, the Health1UP2 research showed that Barcelona experienced a strong seasonal effect in the abundance of ultrafine particles because of the effect of sunshine.

This was particularly noticeable in the bright summer months, when sunlight played a greater role in breaking down gases in the atmosphere and forming new aerosols.

While the Health1UP2 research did not identify a relationship between the detected ultrafine particles and mortality rates in the four cities, Prof. Kelly said it would be useful for future research to analyse the data for any associations with hospitalisation rates for specific chronic health conditions.

Even in the absence of new rules to reduce production of problematic particles, that knowledge can help people to recognise their sources – and change their behaviour and lifestyles so as to reduce their exposure.