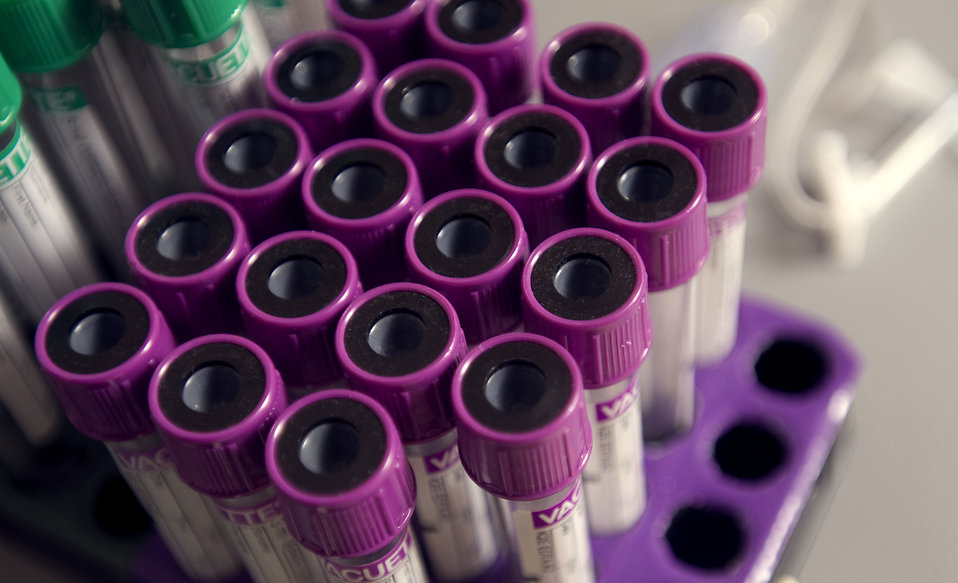 It is difficult for doctors to diagnose epilepsy as they usually do not observe the symptoms in a patient, but a blood test could overcome this challenge. Credit —picture is in public domain

A finger-prick blood test to diagnose epilepsy could be available within five years, according to scientists who are using tell-tale molecules called biomarkers to overcome current diagnostic problems and guide treatment.

More than 50 million people are affected by epilepsy worldwide. However, diagnosing the disease remains challenging and treatments are often unsuccessful: only 70% of patients taking anti-epileptic drugs are seizure-free.

‘Diagnosis of epilepsy is really difficult,’ explained David Henshall, professor of molecular physiology and neuroscience at the Royal College of Surgeons in Ireland. ‘Seizures are the main clinical symptom for the disease but it is very rare that a doctor will witness the patient having a seizure. This makes epilepsy completely different from Parkinson’s disease, for example, where the doctor can observe the symptoms.’

One of the most common tests for epilepsy is an electroencephalogram (EEG), which detects abnormal electrical activity in the brain. ‘The problem is that a lot of people with epilepsy have normal EEGs, while others may have abnormal EEGs but do not have epilepsy,’ said Prof. Henshall. ‘That’s why we need a better test.’

An ideal solution would be a simple blood test that detects biomarkers – the tell-tale molecular signs that someone has epilepsy. Prof. Henshall leads the EPIMIRNA consortium which has been studying micro RNA (miRNA) – micro ribonucleic acid, molecules which can influence genes – to see if these could be the key to diagnosing epilepsy.

By comparing the levels of several miRNA molecules in the blood of healthy volunteers with levels in epilepsy patients, the researchers can see which ones are associated with epilepsy.

‘We have identified a set of miRNAs that are consistently changed in the blood levels of people with epilepsy,’ Prof Henshall said.

‘Seizures are the main clinical symptom for the disease but it is very rare that a doctor will witness the patient having a seizure.’

One of the promising applications of this finding will be in helping doctors to distinguish between patients with epilepsy and those who have seizures for other reasons. ‘There is a challenging group of patients who have non-epileptic seizures or psychogenic attacks (seizures of psychological origin),’ he said.

‘These patients are often put on epilepsy drugs for long periods before it is realised that they do not have epilepsy. We found that (people in that) group have normal levels of epilepsy-related miRNAs – it’s one of our most valuable findings.’

The group is now working with chemists to develop a prototype device that can detect low levels of these biomarkers in the blood. If successful, a finger-prick blood test, similar to a blood glucose test used in diabetes patients – could be available within five years.

Once diagnosed, the challenge becomes finding the right treatment. Not all epilepsy patients are the same and a drug that works well in one patient might not prevent seizures in another. Many patients try several drugs before finding the one that best suits them.

However, by combining biomarkers and other tools – such as brain scans – researchers hope to help doctors choose the right treatment for the right patient every time.

‘Single biomarkers have not been very successful (in guiding treatments) because epilepsy is a complex condition with multiple processes involved,’ said Merab Kokaia, professor of neurology at Lund University in Sweden. ‘Combinational biomarkers could improve diagnosis but also improve outcomes by beginning treatment earlier.’

If doctors know which brain processes are involved in a patient’s epilepsy, they can predict how the disease will develop and perhaps even stop it in its tracks.

Prof. Kokaia leads the EPITARGET project which has identified biomarkers in the blood that could lead to more tailored treatments. These includes miRNAs and a protein known as HMGB1, amongst others.

One of the key areas of interest is the effect of trauma on the brain. People who have suffered traumatic brain injury are at higher risk of developing epilepsy, but only 20-25% actually develop the condition. Before a patient begins to suffer epileptic seizures, several changes in the brain take place. This gradual process, known as epileptogenesis, could be arrested through early treatment.

‘Using selective and specific reliable biomarkers, we want to identify patients at risk so that we can treat them and perhaps prevent the development of epilepsy,’ said Prof. Kokaia. ‘We have shown that this is possible in animals and will test it in humans.’

Identifying biomarkers and changes to brain structures may ultimately lead to new treatments that target the molecules shown to be active in epilepsy. ‘Combining biomarkers is key,’ said Prof Kokaia. ‘It could make treatment more personalised in the years to come.’

All research in this article is funded by the EU. The key findings from these and other epilepsy research projects will be presented at the epiXchange conference in Brussels, Belgium on 23 May.

Approximately 6 million people in Europe suffer from epilepsy, a chronic brain disorder that is characterised by recurrent seizures. It affects people of all ages.

Over the last decade the EU allocated around €176 million in funding for research into dianostic tools and therapeutic interventions for epilepsy.

In 2011, the European Parliament submitted a written declaration on epilepsy which led to the 2015 establishment of the European Reference Network for the care of individuals with rare and complex epilepsies.