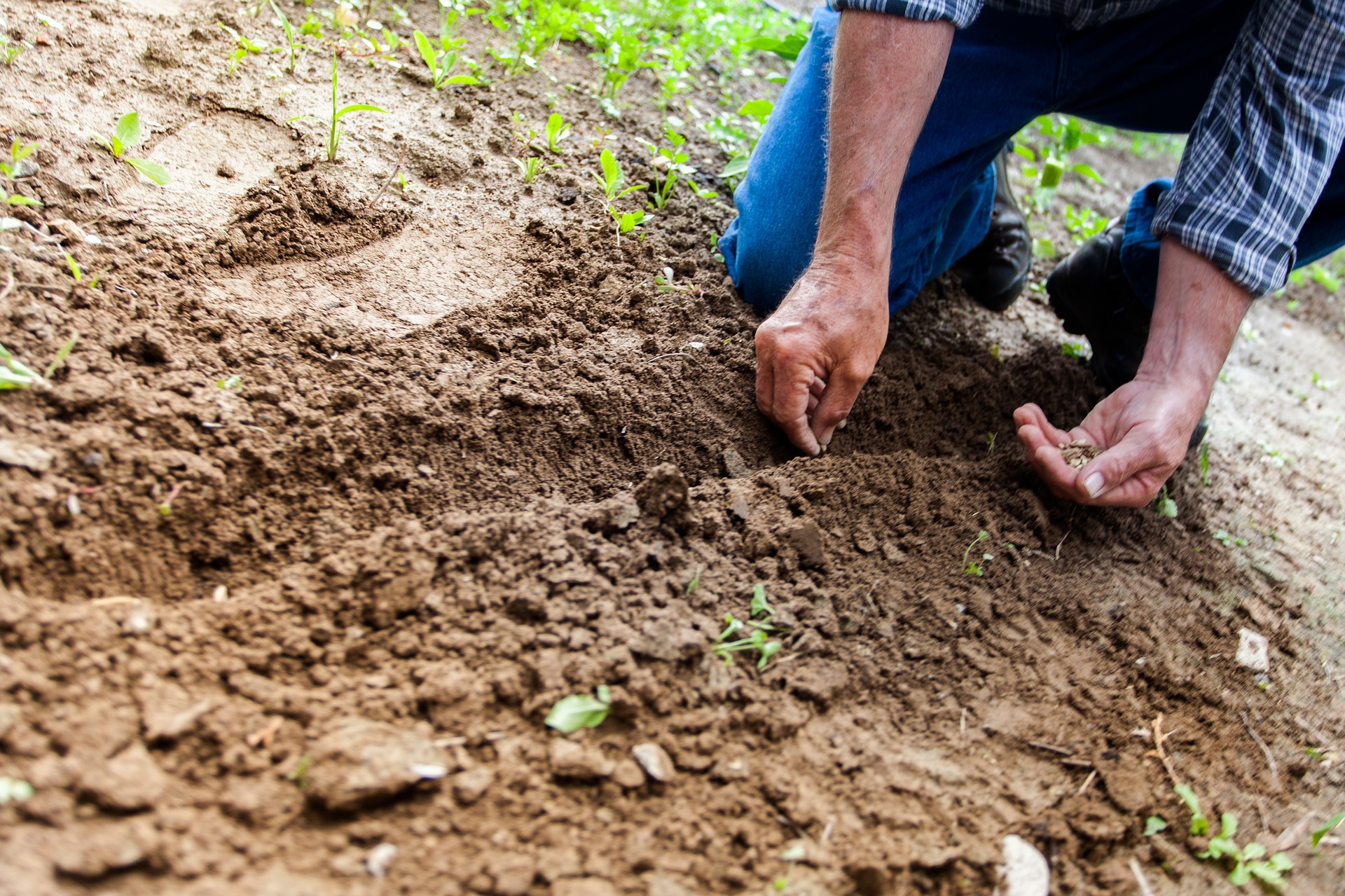 A seed-sharing network would allow European farmers to manage their own seed resources rather than depend on what big agribusiness want to sell. Image credit - Pixabay/ StockSnap, licensed under pixabay license

Since the start of the 20th century, global demand for certain fruit and vegetables has seen farmers shift away from using local seeds to plant their crops and instead buy genetically similar commercial varieties. While these mass-produced seeds are often high yielding, they are sold by just a handful of big agribusinesses, leaving farmers dependent on these global corporations to stay afloat.

‘Currently the whole food regime is designed in a way that the decisions around seeds are completely controlled by corporations,’ said Dr Bálint Balázs, environmental sociologist and executive manager at the Environmental Social Science Research Group, a research and development enterprise in Hungary.

‘Farmers don’t have any other choice but to take them (seeds) as a commodity, instead of (treating them) as a part of a living system or a part of our cultural heritage.’

The global commercialisation of seeds has also resulted in falling crop diversity in the countryside, making it harder for insects, birds and animals to find the varieties of food they need. But a life-line for farmers who want to be less dependent on this restrictive source of seeds is emerging, thanks to various environmental, agricultural and civil organisations.

Dr Balázs says that in recent years a new variety of organisations have begun to enter the market in the hope of disrupting the status quo with more biodiverse seeds. The difference, he added, is that ‘they are starting to think of seeds as a commons, more than just a commodity’.

Dr Balázs is leading a part of the DYNAVERSITY project, which is helping to create an inventory of seeds with special traits that could assist farmers in becoming more economically and environmentally resilient.

This network of organisations has collected a wide variety of promising local seeds, such as amateur varieties important to local biodiversity, as well as commercial alternatives with valuable traits like heat or drought resistance.

The aim is to revitalise farmers’ knowledge to ‘promote and popularise these seed varieties,’ said Dr Balázs. In some cases this might involve using seeds from forgotten local plants to bring them back into the market. These local verities evolved and naturally adapted in specific environments and may require less resources, like water or fertilisers, than their mainstream rivals.

A key advantage of the network is that they can manage their own seed resources rather than depend on what big agribusiness want to sell. They can also exchange the seeds for free. This allows them to determine their own rules, such as who manages breeding and what traits are important to focus on.

Dr Balázs believes that labelling these seeds as ‘diversity rich’ could help drive demand for these seeds on the market, and for the crops that grow from them, as it will tap into the sustainable farming movement that is looking to produce food in ways that is regenerating the wider environment.

But before these seeds can enter the mainstream, more people need to realise that seeds are a local resource that forms part of local communities and their environment, not just a product to put in the ground, he added.

Dr Dulce Freire, an agrarian and food historian from the University of Lisbon in Portugal, agrees that there needs to be innovative approaches to better align agriculture to local conditions.

‘When you want to (successfully) cultivate in a specific place, you want it to be appropriate to the local agro-ecological conditions,’ she said. ‘(Crop) varieties should choose the place and the place should choose the variety – this is a local process of adaptation between nature, the seed and the human action.’

For centuries, this process was the norm until popular new varieties of crops like tomatoes and potatoes started to pop up around the world. (See box below for the far-off origins of some of our most popular crops) The change was driven by a range of factors like demand and productivity, which led to improved food supply and a more diverse diet. But it also resulted in native species, and the localised traits they evolved to grow in a regions ecosystem, to be lost.

‘The introduction of new seeds over time has consequences, some good or some bad,’ said Dr Freire.

She is leading a research project called ReSEED, which will examine the history of seeds in Europe in an effort to dig up ancient varieties that could someday help modern agriculture become more sustainable.

When you want to cultivate in a specific place, you want it to be appropriate to the local agro-ecological conditions.'

By examining the seed records of European scientists dating as far back as the 16th century, the project hopes to rediscover ancient local varieties that were used in the past. They will cross-check this information using different kind of historical records, like old productivity documents. Once they identify some promising seeds, Dr Freire and her team will look to recruit farmers to test some of them in the field.

With this information other researchers could someday extract ancient traits from old seeds and combine them with modern seeds. This would then allow any farm to grow crops with ancient, localised traits, such as less need for water and fertilisers, or a greater ability to survive in extreme weather or improve local biodiversity.

‘We are not looking for a dream that the past is purely sustainable and … the present is terrible,’ said Dr Freire. ‘If people know what was successfully cultivated before they could improve on it.’

The far-away origins of five popular fruit and vegetables

Many of the crops we take for granted today have their origins in distant lands and found their way to Europe through trade or were carried back by explorers.

It is impossible to pinpoint exactly when onions first started being eaten, but many historians believe they have been cultivated for around 6,000 years. The exact origin of domesticated onions is also disputed. Some scientists point to central Asia and others to Iran and Pakistan as the source of the first domesticated onions.

While you may know that corn and potatoes were brought back from the Americas by Spanish Conquistadors, a lesser-known vegetable that accompanied them are courgettes. Archaeologists have traced the origins of the courgette, which is a type of squash, back to 7,000BC in Mexico, where it was an integral part of the pre-Columbian diet. The modern version of the courgette began appearing in Italian kitchens in the mid-16th Century.

Aubergines are another staple of Mediterranean cuisine, but many believe they actually come from southeast Asia with multiple references to it in early Chinese literature. However, recent studies have shown that its wild relative is found in Africa. The domesticated vegetable could have made its way to Europe via the Silk Road, or it could have been brought back by Alexander the Great from his expedition to India.

Research on the origin of oranges along with other citrus fruit all point back to the foothills of the Himalayas, according to a 2018 study. The fruit spread through China from where it was brought to Europe, the German Apfelsine and the Dutch Sinasappel both reflect these origins.

Tomatoes are widely used in various forms and have overtime become a staple food, but many are unaware that they originally came all the way from Peru. Wild tomatoes can still be found nowadays in the Andes, though they are much smaller than their modern versions.