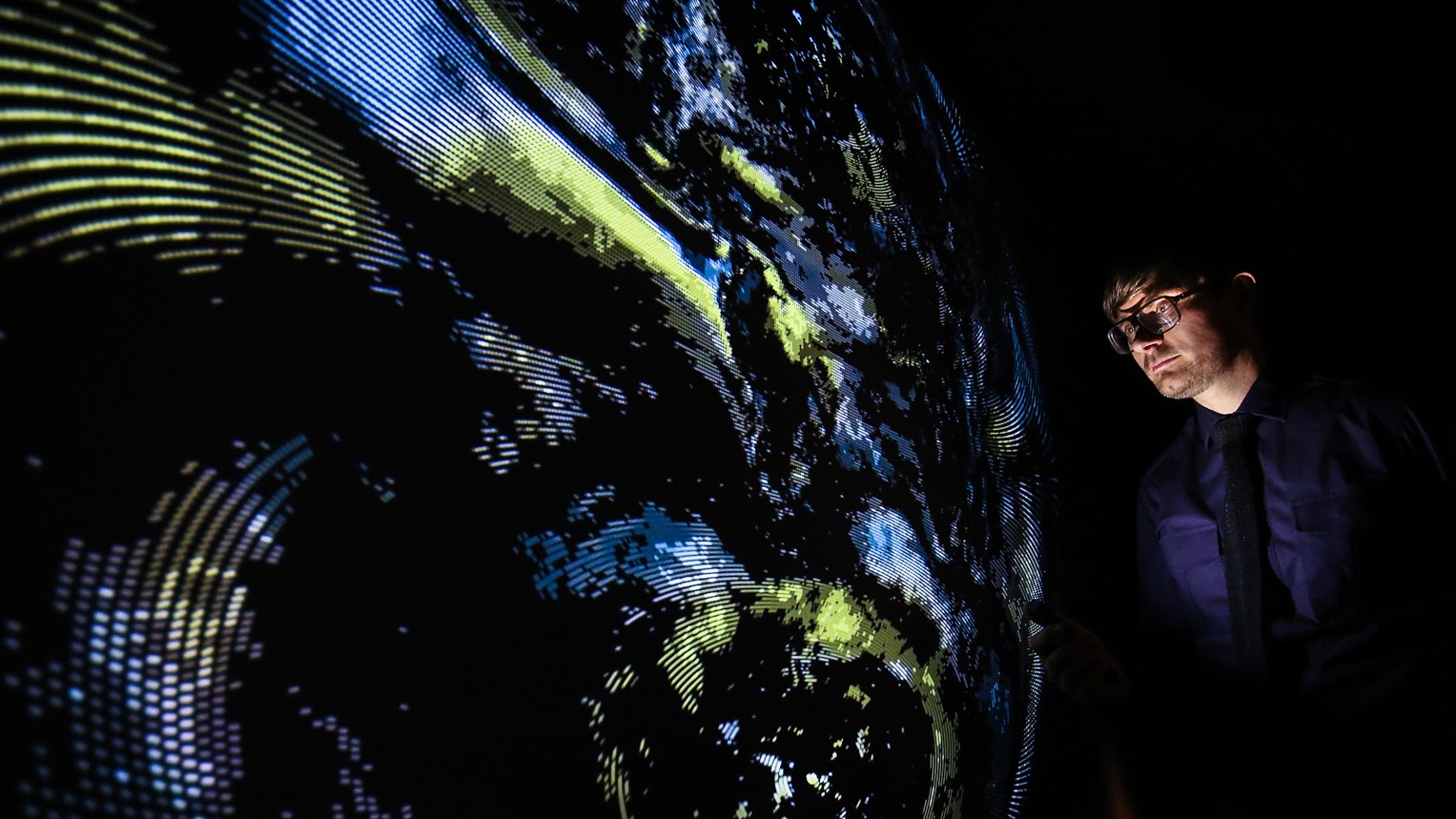 Wind intensity can be forecast months ahead thanks to a new tool that uses sophisticated climate simulations to tell energy companies and government planners how strongly the wind is likely to blow.

The world has already started to heat up, and the last two years were the warmest ever recorded.

It means that companies and policymakers are facing a growing need for climate services which can interpret complex climate models to give them information they can use to adapt the way they work as weather patterns start to change.

Renewable energy firms, for example, need to know where the wind is going to blow and how much the sun is going to shine if they are going to generate and sell power cost-effectively.

It's a breakthrough compared to current wind forecasting which isn't normally able to predict more than a week ahead.

‘When there is no line, it means we cannot say anything better than just looking into the past, but when we say something, it means that the model predictions are a better source of information,’ explained Isadora Jiménez from the Barcelona Supercomputing Center in Spain, whose team led the development of the prototype.

Climate simulations which predict how the weather systems change are becoming more and more powerful thanks to vast modern supercomputers, sophisticated modelling techniques and better observations.

The task now is to take this data and make it accessible for industry and governments to use. That’s the thinking behind EUPORIAS, the EU-funded project that developed the interactive map.

‘You lift out the information in a way that you can inspire people, and then you get somebody wanting to build a company and make a living out of it,’ said Jiménez. ‘It takes out the scary part of information (and turns it) into something that you can touch.’

EUPORIAS finishes in 2017, and once the interactive map is complete, the plan is to combine it with the outputs of the relevant Sectoral Information Systems developed within EU’s Copernicus Climate Change Service.

‘The idea is to get many types of visualisations,’ said Jiménez. ‘They want to take what really works for each sector (for example wind or solar energy), and then make it public, available and free.’

The project sought the advice of a panel of energy companies to make sure that the tool they developed would meet their needs.

‘We’re not interested in meteorological parameters, but rather energy parameters,’ explained Dr Matthias Piot, a member of the panel who works as a meteorologist at energy firm EnBW (Energie Baden-Württemberg), Germany.

His job at EnBW is to provide weather information to energy traders. This information can have a major impact on energy wholesale market prices, as wind power production is economically more attractive than power produced by nuclear, coal or gas plants, he said.

Dr Piot’s team tried the interactive map out in conjunction with a ‘wind atlas’ to see what the historical trends had been in a particular area, to try and forecast how much wind would contribute to the energy price over the next few weeks and months.

He believes the interactive map could be useful for energy firms as they try to work out the weather over future months in order to decide whether to buy or sell energy in advance.

However, if wind level predictions remain around normal, then it is difficult to convince energy traders about the usefulness of the forecasts provided by the interactive map, he said.

‘You need something more extreme, divergent from the normal view.’

‘You need something more extreme, divergent from the normal view, and then you would probably trade with it,’ he said.

It’s a similar story for wind farm operators, such as EDP Renewables. ‘We are trying to generate confidence in seasonal forecasts,’ said Daniel Cabezón, an analyst in the company's energy assessment department, who is involved in an EU-funded follow-up to further develop the interactive map and other services, known as CLIM4ENERGY.

The plan for CLIM4ENERGY, a project funded by the EU Copernicus Climate Change Service to develop tailored climate services for the energy sector, is to begin to validate the forecasts provided by the interactive map by this autumn by checking their predictions against what actually happens.

‘Our role in this project is to align industry needs and research activities,’ explained Cabezón.

That’s going to be important as, once companies have confidence in forecasts supplied by the interactive map, they could be used to anticipate renewable production over the season or, ideally, to prevent extreme events such as icing or hurricanes from damaging turbines.

‘It would be good to know how good are the seasonal forecasts compared to the (past) observations,’ Cabezón said.