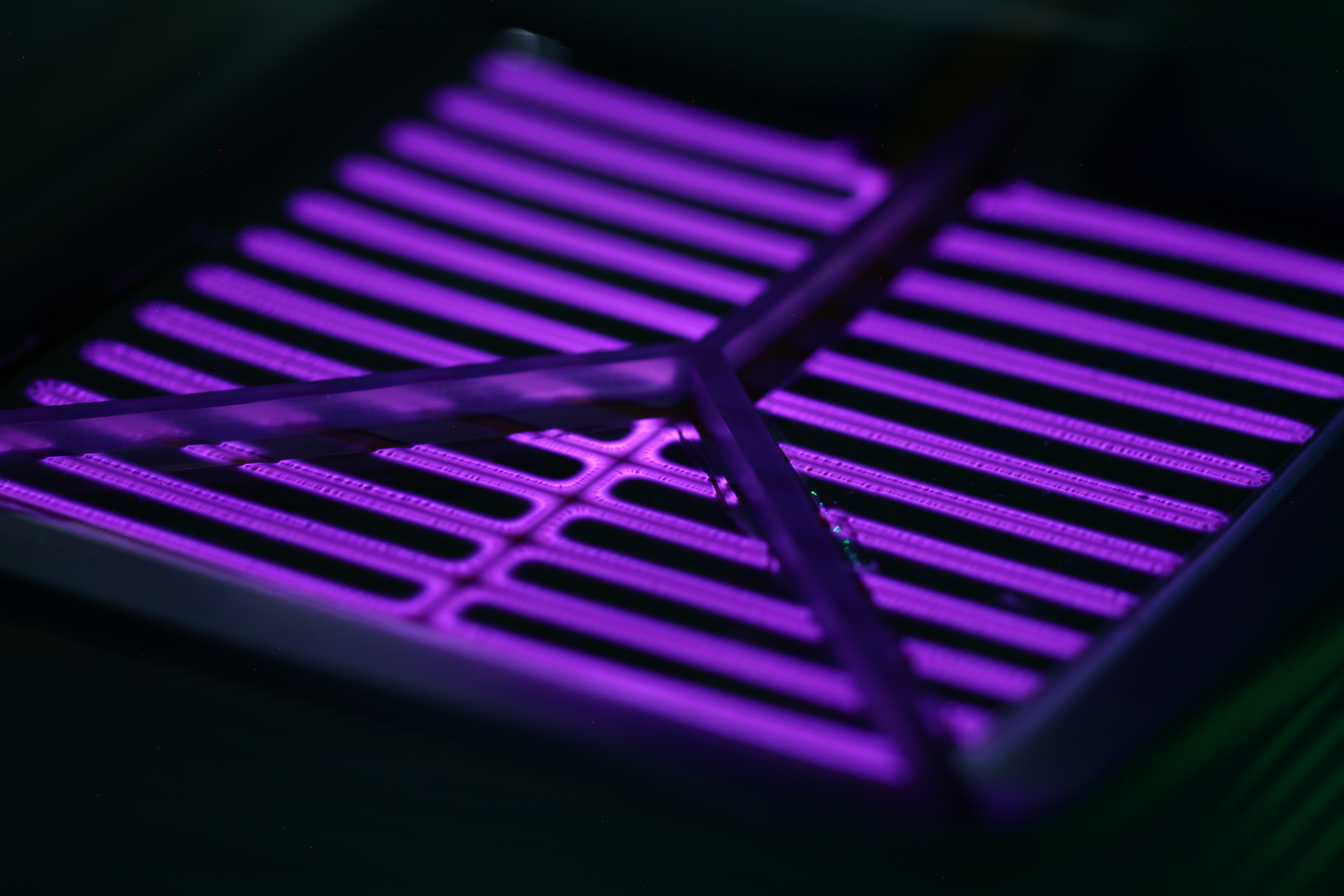 Similar in size to an A4 page, the cold plasma dressing is intended to accelerate healing and kill bacteria in wounds. Image credit - COLDPLASMATECH

A relatively inexpensive egg-based formula and a Star Trek-like plasma patch can accelerate healing of serious and chronic wounds, which affect millions of Europeans every year.

According to trade association MedTech Europe, around 4 million people in the EU develop non-healing wounds each year. These are most commonly bedsores or diabetic ulcers, and the problem is likely to become worse as lower birth rates and higher life expectancy means the European population is getting older.

Dr Carsten Mahrenholz from German company COLDPLASMATECH says that physicians tend to just re-dress chronic wounds as they are very hard to heal. But he warns that the current issues we are experiencing with multidrug-resistant bacteria means that we are on the brink of a return to the Middle Ages in terms of our susceptibility to infection.

Inspired in part by Star Trek, his favourite show, Dr Mahrenholz is bringing the sci-fi use of plasma closer to reality by developing an active plasma dressing for treating chronic wounds.

Plasma is known as the fourth state of matter, after solids, liquids and gases. It is similar to a gas but carries a charge (it’s ionised) which gives it unique properties – such as the ability to carry electrical currents and generate magnetic fields.

To date, clinical applications of plasma technology show potential for use as a disinfectant to sterilise medical equipment in the age of virulent hospital-borne infections such as MRSA, but the power of plasma is now also being explored in direct biomedical applications.

‘It’s called cold plasma, which is the same plasma you have on the sun’s surface or in lightning,’ said Dr Mahrenholz. ‘However, it’s tissue tolerable, so it’s cold and we can use its bioactivity.’

‘We have a wound dressing, which is put on the wound and then there’s a button pressed and that’s it. In two minutes (it’s done).’

He has developed a patch that uses the properties of plasma to help kill drug-resistant bacteria and trigger healing in persistent wounds, in order to save time, money and effort for those who experience them.

‘This bioactive gas (in plasma) influences two areas,’ he said, ‘One is bacteria and the other is cells. During the process, bacteria cells, including multidrug-resistant bacteria, are killed within seconds of being exposed to the cold plasma.’

Cells then start basic recovery, cell migration and other biological processes. ‘Wound-healing is triggered,’ said Dr Mahrenholz. ‘And this is very important for chronic wounds that don’t heal themselves.’

One of COLDPLASMATECH’s early successes occurred when a young woman was brought into hospital with severe burns. Although the prototype patch was not yet up and running, the team worked overnight to prepare a special plasma treatment which quickly killed the bacteria in the wounds and ultimately saved her life.

The company has been supported by EIT Health, part of the European Institute of Innovation & Technology (EIT), which supports innovation and entrepreneurship across Europe. The technology has now progressed to the point where it is readily available and automated.

‘We have a wound dressing which is put on the wound and then there’s a button pressed and that’s it. In two minutes (it’s done),’ said Dr Mahrenholz. 'When you take it off you have the full killing of all bacteria or fungi that are in the wound. And after a couple of repeated treatments you will start wound healing.’

Yet, what if there was an even simpler way to treat wounds? Inspired by ancient healing techniques, the common chicken egg could provide another solution.

Eggs are consumed in massive amounts across Europe every day and European hens lay more than 7 million tonnes of eggs a year, but a lot of shells are going to waste. One company is using this eggshell waste and transforming it into a novel wound-healing technology.

Biovotec is collecting and processing the membranes from discarded eggshells, which have similar healing properties to a human placenta, to manufacture a material to use as a wound dressing. The advantage is that the volume of egg membranes available means that dressings can be produced at scale.

Egg membranes have been used for healing throughout history, including in traditional Chinese medicine. The membrane was applied directly as a dressing for wounds such as burns because its properties can help accelerate the healing process.

As part of the EU-funded BIOCURE project, they have developed a dissolvable film which attracts healthy cells like a magnet. Once applied it turns into a gel and enters the wound, enabling the injury to heal.

The project has recently completed successful safety tests in animals and intends to begin human trials this summer, Dr Suso hopes that their product can shorten the treatment time for full wound closure significantly, as well as providing hospitals and at-home nurses with treatments that are more affordable than today's options.

The aim is that it will be suitable for a variety of wounds, including bed or pressure sores, and diabetes-related wounds like foot ulcers, which are estimated to affect 25 % of people with diabetes. But currently their focus is the chronic open sore of venous leg ulcers.

‘We have had very positive results which have driven our motivation so far,’ said Dr Suso. ‘It seems to be an exceptional cost-effective product for chronic wounds.’