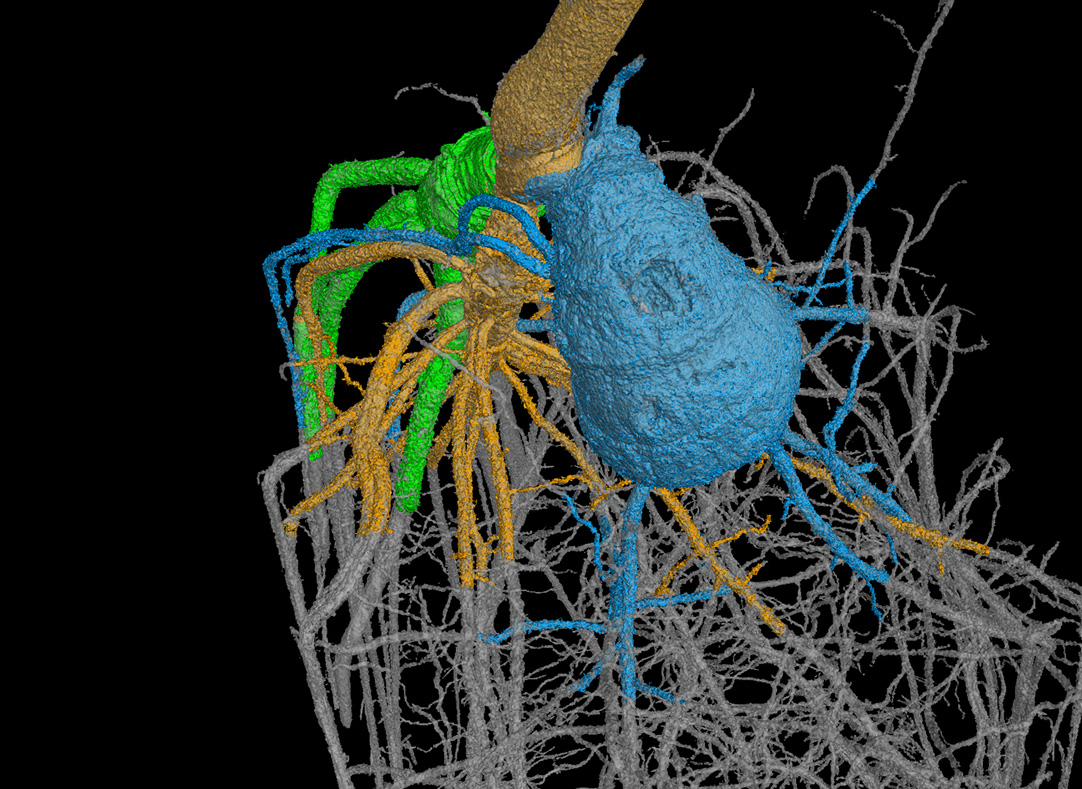 We should breed new varieties of crops based on their root architecture rather than just focusing on the top half of the plant, according to scientists looking at how to cultivate plants that use water more efficiently and better withstand drought conditions.

Yellow, parched fields were a common sight in Europe this summer. The severe 2018 drought caused damage to wheat, maize and barley crops, with harvests down in many EU countries. And climate scientists predict that European crops will suffer from more frequent and extreme heat in the coming years.

The most visible signs of heat stress and water shortages are seen in leaves, but plant scientists have begun looking for solutions in ‘the hidden half’ – the roots.

‘You could argue that for the last 10,000 years, we have selected crop varieties on the basis of the upper half, and not focused on this hidden part of crops,’ said Malcolm Bennett, professor of plant science at the University of Nottingham, UK. ‘If we could select new crop varieties based on root architecture, we could significantly improve their ability to forage for water.’

Roots absorb water and nutrients from soil and store food for the plant. Deeper rooting cereal crops could suck up water from further underground, or dense shallow roots might better capture nutrients like phosphorus that gather at the surface.

Plants can have a similar biomass of roots to the part that is above ground - the challenge is how to see living roots in order to analyse them.

Prof. Bennett has found a solution. He now scans roots growing through soil using X-ray micro-computed tomography (micro CT), the same technology routinely used by doctors to see inside patients. His machine, though, is a colossus, three to four times bigger than a typical medical scanner and a one-of-a-kind in Europe for life sciences.

It’s so big that a new building – the Hounsfield Facility – was constructed to house the giant scanner, which is encased in 20 tonnes of lead. A heavy-lifting robot installed it onto a specially reinforced floor.  ‘Scanners (of this size) are normally used in the car and aerospace industries, where they are used to scan engine and wing parts for faults,’ Prof. Bennett explained. ‘Ours allows us (to) image living roots.’

The researchers grow wheat in one-metre high PVC plastic tubes, and then image their roots throughout their life span. Over 8,000 X-ray snaps are taken and computer algorithms stitch these sections together to create a 3-D image of roots growing in soil at a single point in time. Because plants can withstand more X-ray power than humans, the resolution is much higher and can reveal even the thinnest of root hairs. Scanning can be done repeatedly to image the growth of roots.

As seen on CT – root structures revealed by the Hounsfield scanner

The 3D-images of underground roots are publicly available on the Hidden Half website. It currently hosts scans of roots from fruit, plants, trees, cereas, vegetables, herbs, grasses and weeds. Image credit - Brian Atkinson

Through a project called FUTUREROOTS Prof. Bennett’s group has scanned hundreds of varieties of wheat to see how they respond to thirst. They compared those excellent at using limited water with those that are poor.

‘We noted something fascinating. Plants that were most efficient at using water changed the angle of their roots when you applied drought stress,’ said Prof. Bennett. ‘Steeper rooting angles allowed them to forage for deeper sources of water.’

With US and Chinese collaborators, Prof. Bennett has recently identified master genes that control root angle in maize and rice.

This may sound trivial, but it matters hugely for food production. In the UK, for example, most cereals like wheat are grown in the east of the country, which receives less rain and suffered water shortages this summer.

‘To maintain wheat yields here (in the UK), we need to have new varieties with roots that grow an extra half metre at least,’ Prof. Bennett explained. Other parts of Europe are similarly concerned about water shortages and its effect on crops.

Breeding crops with better root systems could also lower the amount of nitrogen fertiliser applied by farmers. Nitrogen is expensive and excess nitrogen runs off and pollutes rivers and lakes, so improved roots could lower costs for farmers while helping the environment. A win-win.

‘We could optimise crop root systems to take up nutrients more efficiently, such as selecting deeper rooting varieties to capture nitrogen as it moves deeper into soil,’ said Prof Bennett. ‘The idea of selecting new varieties based on root architecture is gaining support amongst breeding companies and researchers.’

'Plants that were most efficient at using water changed the angle of their roots when you applied drought stress.'

Studying the roots of weeds can also give insight into how to breed more resilient crops. Plant scientists in France recently scrutinised a little weed called Arabidopsis, commonly known as Thale cress, to better understand the way roots make best use of scarce water. Arabidopsis is the plant most popular in research, a sort of lab mouse in the plant world, and their project DROUGHTROOT studied root architecture, plant hormones and special water channel proteins in cells known as aquaporins.

The Montpellier-based scientists discovered that plants have a plan A and plan B for a lack of water.  ‘One strategy is to grow more roots and better take up water, but under severe drought the plants takes an alternative strategy. It downregulates its root hydraulic system and tries to protect itself from dehydration,’ explained project coordinator Dr Christophe Maurel, plant scientist at the National Center for Scientific Research (CNRS). This research, for which Dr Maurel is preparing a manuscript for publication, unearthed genes, proteins and hormones that contribute to a plant’s response to drought.

Dr Maurel is now taking these lessons from the lab weed and applying them to a major crop – maize.  Maize is an economically important crop in Europe, and is grown especially in France, northern Italy, Germany and Eastern Europe. It can be susceptible to drought in Europe because it flowers in summer, unlike wheat, which flowers earlier.

Dr Maurel is studying the growth of this crop’s roots and the genes behind its response to drought in a project called HyArchi, which he hopes will serve up knowledge that will help crop breeders develop plants, or cultivars, better suited to drought conditions in specific regions.

‘We’ve been able to measure the performance of different maize cultivars. We see some nice differences and we see genetic variability in root hydraulics. This is important and makes me optimistic that we can take advantage of its genetics (to breed new varieties),’ Dr Maurel said.

In September, the group reported that they had found a master gene in Arabidopsis involved in making the vessels that transport water inside roots. Tweaking this gene boosted the number of vessels. This could be good news for drought conditions. But there was a catch.

‘The more vessels at the root tips, the more susceptible they were to invasion by soil bacteria,’ Dr Maurel said, meaning there is a trade-off between a better ability to withstand drought and vulnerability to infection.

Dr Maurel points out that this type of fundamental research takes a long-term view. ‘We might help breeders not in five years, but maybe 10 to 20 years,’ he said. ‘Anyway, in 10 to 20 years we will be facing even stronger challenges with drought and climate change.’