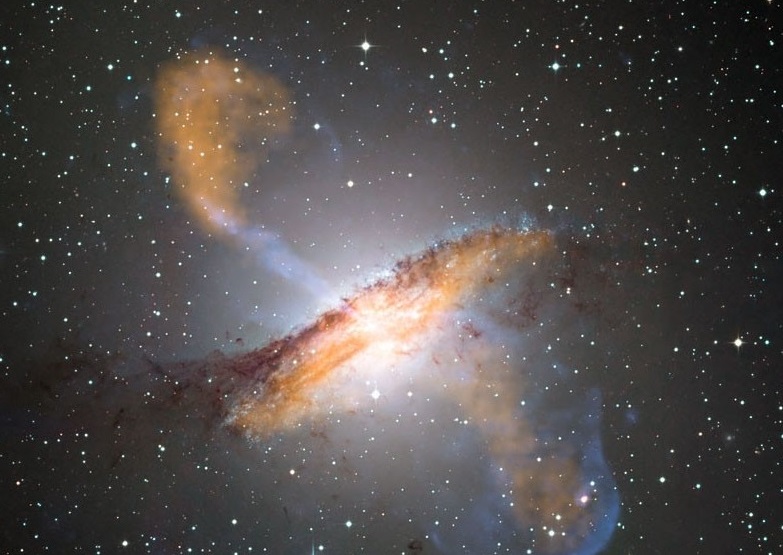 It's easy to picture a black hole as a kind of all-powerful cosmic drain, a sinkhole of super-strong gravity that snags and swallows passing nebulae or stars. While it is true we can’t observe matter once it crosses a black hole’s event horizon, scientists are zeroing in on what happens in the margins, where molecular clouds release vast amounts of energy as it circles the plughole.

EU scientists are honing in on just what happens to gas discarded by a black hole’s ferocious velocity, and how this can influence star formation in galaxies like ours, and even interstellar space.

Astronomer Dr Bjorn Emonts, from the National Radio Astronomy Observatory in the US, has been using some of the world’s biggest radio telescopes to look into what happens to such jets of gases as part of the EU-funded BLACK HOLES AND JWST project.

‘We wanted to see how black holes can affect the evolution of galaxies as a whole,’ he said.

Using advanced radio telescopes in the Atacama Desert of northern Chile, located 5 000 metres above sea-level, Dr Emonts can detect the characteristic spectral signatures of gas molecules as they are driven outward by the black hole.

‘What you get is two jets … that can really propagate out very far away from the black hole – they can cross the entire galaxy and even influence the surroundings.’

Almost every galaxy is likely to have a rotating supermassive black hole at its centre. Dr Emonts found that the Dragonfly Galaxy, an ancient system from the early universe made up of merging galaxies, had tornado-like jets of particles coming off its black hole which could, in fact, kick-start its star formation.

‘We actually saw the amount of gas being displaced is the same rate as which stars are being formed,’ Dr Emonts said.

By scanning radio waves to detect carbon monoxide in another star system, the Spiderweb Galaxy, he was also able to show that molecular gas could exist and form stars outside of galaxies, and that jets of particles could even help the process by triggering cooling.

Dr Emonts hopes these findings will lay the groundwork for using the next generation of space telescope, the James Webb telescope, which can see molecular gas near black holes in unprecedented detail. This will lead to an even deeper understanding of the important role that black holes play in the evolution of galaxies.

‘If the earth was size of the galaxy, a (super massive) black hole would only be as big as your finger nail. Yet that object can influence the physics of something the size of the earth.’

Another way to detect energy given off from black hole accretion disks is through the X-ray spectrum. Dr Gabriele Ponti, who led the EU-funded HIGH-Z & MULTI-λ project at Max Planck Institute in Germany, said: ‘Most of the emissions from material that is falling into the black holes is in X-rays.’

His goal was to look for evidence that X-ray flares are caused when clouds of gas cross over supermassive black holes in the centre of galaxies.

For the first time ever he was able to observe an X-ray flare while gas clouds were being sucked into the black hole at the centre of our galaxy, called Sagittarius A*. Nevertheless, it’s still too soon to say for sure if that may be the only reason for increased X-rays.

‘The X-rays are very bright. If you take a nuclear reaction, you have only a small fraction of energy from matter that is released – black hole accretion is many times more efficient,’ Dr Ponti said.

Better observations of emissions from black hole accretion disks can also lead to increased understanding of the size of black holes, as well as how exactly they help seed star formation.

‘We observed a sample of nearby supermassive black holes and we measured their variability, and we saw that it’s extremely well correlated with the black hole mass,’ Dr Ponti said.

That correlation can be used to determine distance, because they can correlate the intensity of emissions with the object’s mass and distance.

‘If the earth was size of the galaxy, a (super massive) black hole would only be as big as your finger nail. Yet that object can influence the physics of something the size of the earth,’ Dr Ponti said.

To better understand the particle wind that comes off supermassive black holes, Dr Ponti looked at stellar mass black holes, millions of times smaller than those in galactic cores, and more manageable.

The surprising thing they observed was that they only saw the winds occasionally, depending on the orientation of the accretion disk to earth. That meant that such winds were flowing off on the same plane as the disk.

‘When the accretion disk is face on, our line of sight is not crossing through the wind and so we don’t observe it through absorption,’ Dr Ponti said.

Such particle winds, carrying gas that can form stars, are probably a feature of most black holes, and some studies have speculated they may even cast off more material than some black holes absorb. This adds to the growing evidence that black holes aren’t just an intergalactic destructive force, but rather a key player in the formation of galaxies.

If you enjoyed this article, please consider sharing it on social media.