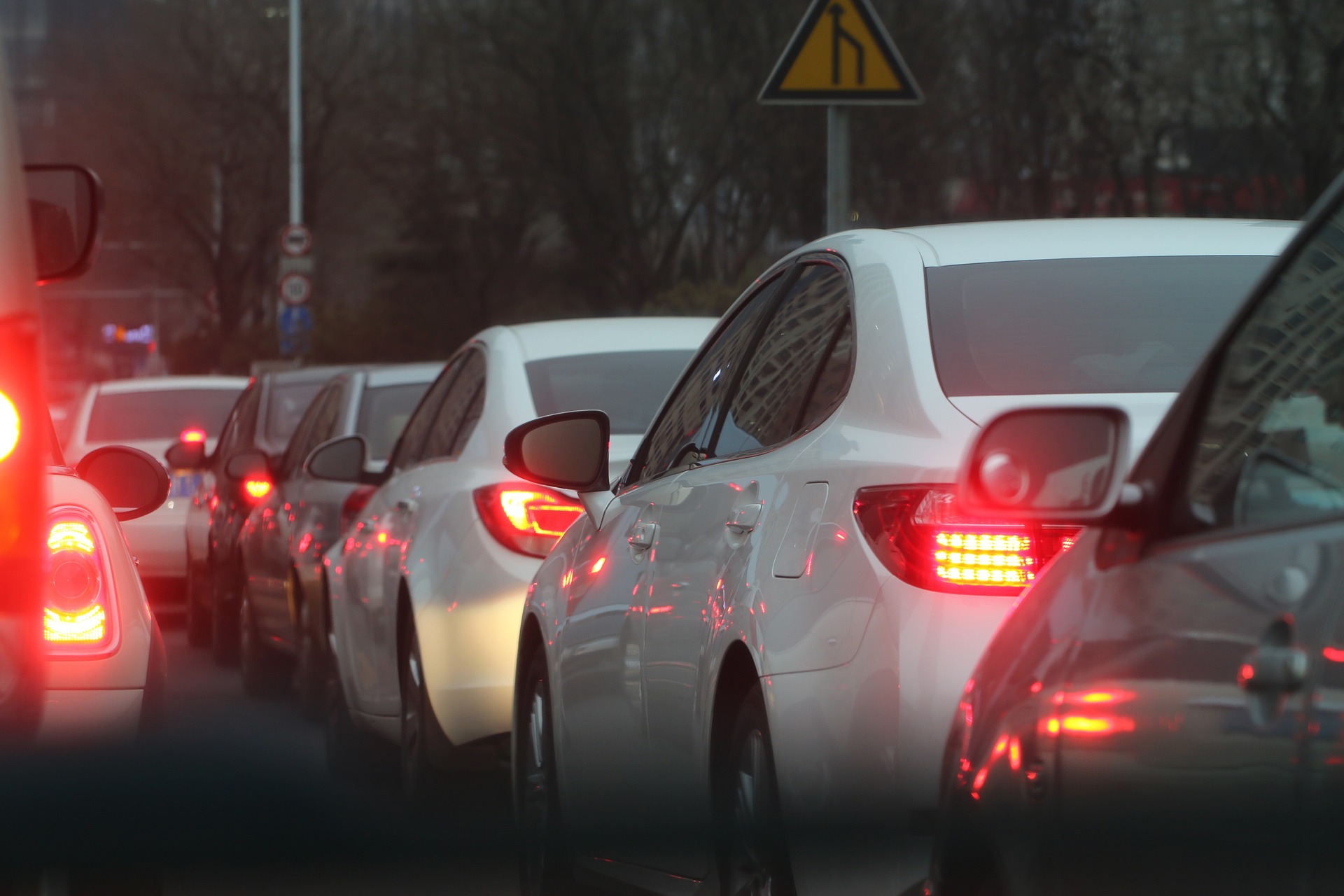 As new self-driving vehicles appear on the streets, the traffic clogging our cities and highways could get a lot worse unless the roads themselves become smarter.

Automated vehicles are often lauded as the solution to Europe’s congested road networks due to their ability to drive closer together and at higher speeds than humans can do safely. Without an unpredictable person behind the wheel, these robotic automobiles should be able to keep traffic flowing more smoothly.

While this promise of the future will sound idyllic to many commuters, it is only likely to be realised once all vehicles on the road are controlled by computers. At first, and for some years to come, self-driving cars, vans and lorries will have to share the roads with their human-driven counterparts.

And this is where the problems could start to emerge, according to researchers.

‘Take a bottleneck like the on-ramp to a highway as an example,’ said Martin Dirnwöber, an expert on automated transport systems at AustriaTech, a federal agency for mobility technology based in Vienna, Austria. ‘Automated vehicles may have problems finding the gaps between the conventional vehicles that they need to enter the highway.’

For a human driver presented with this situation, the solution is often to force their way into the flow of traffic. ‘Automated vehicles may do this differently because of the way they are programmed,’ explained Dirnwöber. ‘They may stop until they find a space, which then means we have (the risk of) a traffic jam.’

And it’s not only road sharing that could cause problems. Experts predict that the arrival of self-driving vehicles will push the numbers of vehicles on Europe’s roads up from the current number of 299 million, as people favour them over public transport.

To prepare, Dirnwöber and his colleagues are developing ways of keeping Europe’s roads moving. He is the coordinator of a project called INFRAMIX, which is looking at how to improve road infrastructure so it can cope with automated vehicles.

The team is looking at how lane layouts, signs and signals can be adjusted so human and robotic drivers can share the roads. Crucially, they are also developing ways of making roads that can adapt to changes in types of traffic and communicate with cars directly.

‘Human driven and automated vehicles are likely to have to share the roads for decades before we shift to a fully automated transport system,’ said Dirnwöber.

The INFRAMIX project, which includes partners such as technology giant Siemens and satellite navigation firm TomTom, is using computer simulations to develop technologies and strategies to deal with three key scenarios – roadworks, bottlenecks like motorway on-ramps, and highways where a lane can be dedicated to automated vehicles only.

At roadworks, for example, temporary road markings and cones of different shapes and sizes are used to divert traffic or narrow lanes. Many automated vehicles, however, use the normal white road markings to help them navigate.

‘In areas where there are roadworks, these white markings are (sometimes) not valid, so there is a question about whether automated vehicles will be able to navigate through them,’ said Dirnwöber. ‘We are looking at using electronic messages to send information about deviations and changes to the road layout to the vehicles so they can adapt to the new layout.’

‘Human driven and automated vehicles are likely to have to share the roads for decades before we shift to a fully automated transport system.’

The messages would be sent via what is known as the Cooperative Intelligent Transport Systems (C-ITS), which uses either a form of WiFi or mobile phone networks to send traffic information to cars with the ability to receive them. The technology was initially created to help send drivers warnings about speed limits, hazards or congestion, but is only just starting to be used on roads in Europe.

These messages, which use roadside units to transmit and receive signals from vehicles, could also be used to alter traffic flows on open stretches of highway. If the C-ITS system receives messages that indicate large numbers of automated vehicles are on the road, it can signal them to all get into one lane where they may drive more like a platoon.

‘At certain penetration rates of automated vehicles on a road it may be beneficial to have a dedicated lane for them so we can avoid mixed traffic,’ explained Dirnwöber. Road signals over the highway could also then inform human drivers that one lane is dedicated to robotic cars only.

Alongside the simulations, the team are testing the system on a test track and on two stretches of highway – a 20km section of the A2 motorway in Austria that runs between Laßnitzhöhe and Graz, and a 20km stretch of the AP7 Autopista in Spain that runs between Barcelona and the French border.

While fully automated vehicles are not expected to begin appearing on public roads for at least another couple of years, planning ahead is crucial, according to Dirnwöber.

‘The road infrastructure has a long renewal cycle, so it is really important to make sure we are making improvements that will not only be necessary in the near future but also in 10-15 years’ time,’ he said.

But while motorways are likely to be one of the early places where self-driving vehicles are likely to begin appearing – probably in the form of platoons of trucks carrying goods around the country – autonomous cars will also start popping up in our cities.

Companies like Uber and Lyft have begun testing autonomous taxis that can pick up passengers in US cities including Pittsburgh, San Francisco and Las Vegas. Self-driving vehicles are also being piloted in cities including Milton Keynes and London in the UK, Gothenburg in Sweden, Toulouse in France, Berlin in Germany and Zurich in Switzerland.

Driving in a busy city, however, presents a very different challenge from a highway.

‘Here you have vehicles stopping and starting, lots of intersections, pedestrians and cyclists,’ said Dr Wolfgang Backhaus, from Rupprecht Consult, an urban development research and consultancy company in Cologne, Germany, which leads a project called CoEXist. ‘It is more challenging to plan for autonomous vehicles in urban areas than on highways.’

The CoEXist project is modelling traffic flows and the demands on transport to create computer simulations of the road infrastructure in four different cities around Europe – Helmond in the Netherlands, Stuttgart in Germany, Gothenburg and Milton Keynes. They are then using this to assess the impact that autonomous vehicles might have on the roads.

One of the situations the team are examining is what happens when autonomous vehicles are used as so-called last or first mile transportation. These take the form of autonomous pods that can ferry passengers from one location to another, currently being tested in Milton Keynes. These vehicles travel at a top speed of 24km/h, carrying shoppers around pedestrianised areas of the city centre.

‘The sort of thing we are looking at is what a waiting and drop off area should look like,’ said Dr Backhaus. ‘This kerb management will become a very important infrastructure topic.’

He says the main aim is to help planners and authorities keep cities liveable while also preparing for the introduction of autonomous vehicles. ‘This means they can make informed decisions,’ he said. ‘There could be some quite dramatic changes coming and the roads we drive on today are going to start to look quite different.’