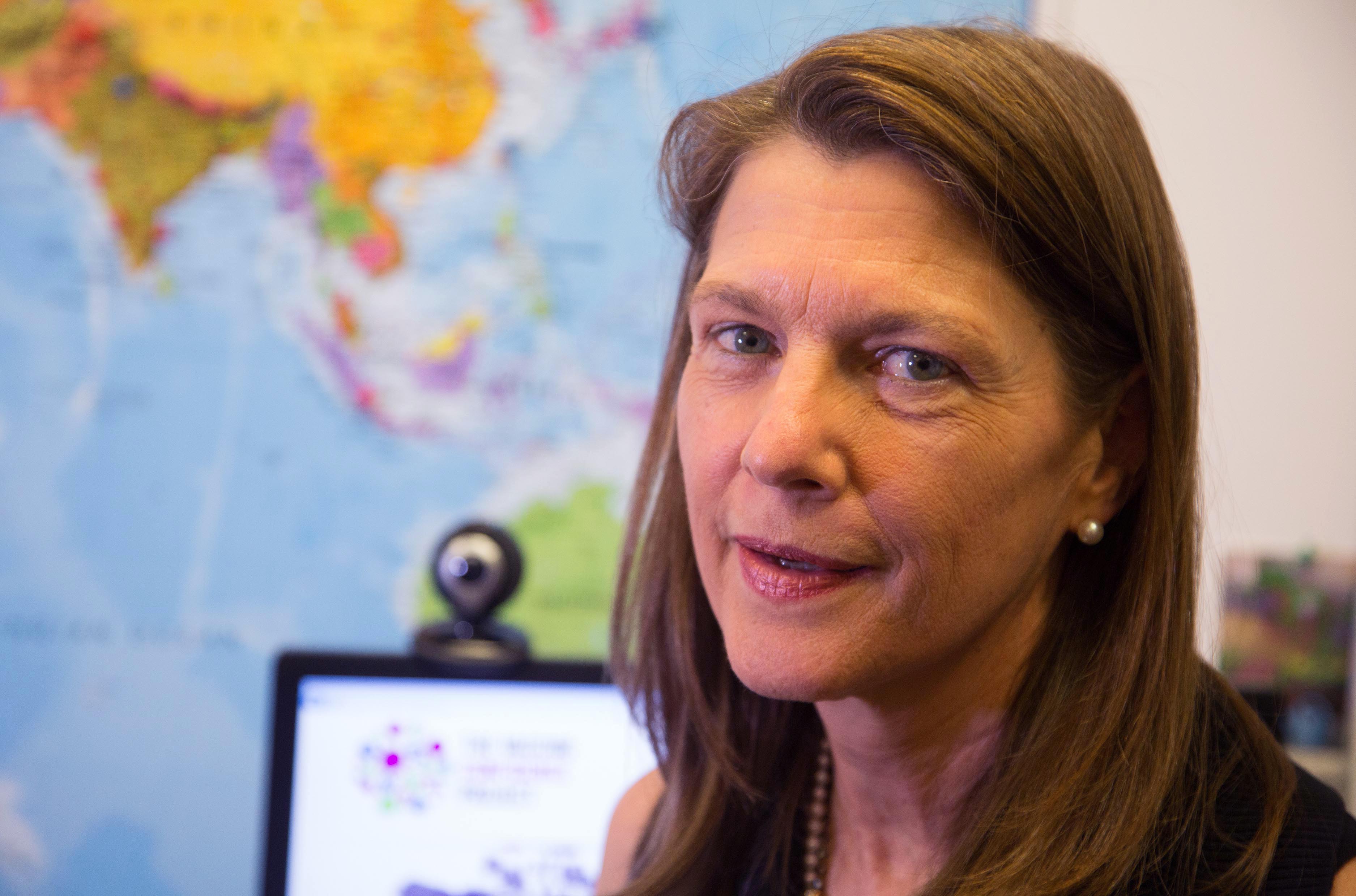 The rise of alternative health practices and a quest for purity can partly explain the falling confidence in vaccines which is driving outbreaks of preventable diseases such as measles, according to Heidi Larson, professor of anthropology, risk and decision medicine at the UK’s London School of Hygiene & Tropical Medicine. She is working to understand the causes of vaccine hesitancy in order to devise ways of rebuilding trust.

Why would people opt out of recommended vaccines?

‘Most people have their recommended vaccines but many do not. In some cases, people are missing out on immunisation because they cannot access vaccines. But there is a growing and concerning trend that shows people with access and education are saying “no thanks”. This is a real challenge because it’s driven by belief and it’s difficult to change people’s minds when they have decided that they don’t want or need a vaccine.’

‘Part of the reason is that preventable diseases are less visible – but it’s more than just that. In Europe, we’ve seen a rise in alternative health practices such as naturopathy and homeopathy. This purity sentiment is also seen in anti-GMO and anti-chemical movements. The human race seems to go through waves of moving forward with scientific advances and then coming back to more primal instincts which can include rejecting science and medicine and preferring nature and religion.’

'Our study found that Europe was the most sceptical region in the world.'

What are the specific reasons people give when declining to immunise their child?

‘Sometimes there are concerns about vaccine ingredients, usually based on a misinterpretation of the science. There is misinformation circulating online about, for example, some compounds that contain metals. But there are also strong underlying beliefs linked to religion, philosophy and politics. In the US, some states allow philosophical exemptions from mandatory vaccination – although California repealed this opt-out option after a major measles outbreak in Disneyland.

‘One of the biggest lessons of our research is that you can never assume what’s in people’s mind nor assume that simply explaining science can change their opinion. People’s reasons for rejecting vaccines could stem from a bad experience at a healthcare facility, general distrust in the government, in medicine or in industry – it’s a real mix but you have to understand their reasons if you are to address concerns and prevent outbreaks of preventable disease.’

How is the decision to vaccinate political?

‘Vaccines are regulated, recommended and sometimes mandated by government or public authorities. In the US, researchers have looked at values-based vaccine rejection. Two major values can be seen: purity and liberty. For some, the idea of government influence over health is unacceptable.’

Do all countries and cultures share the same concerns about vaccines?

‘Ten years ago, the answer was no. We saw distinctions between the UK, where a (now withdrawn) 1998 research paper incorrectly linked the MMR (measles, mumps and rubella) vaccine and autism, and France, whose main vaccine concern was suspected – albeit unproven – links between Hepatitis B vaccines and multiple sclerosis. The UK public was generally not worried about Hepatitis B and the French public was unconcerned about MMR. Now, because information is shared rapidly online and online translation tools are freely available, rumours and myths spread more quickly.’

Does the public expect medicines and vaccines to carry zero risks?

‘Vaccines are different from medicines – they are preventative and given to healthy people. If you are sick, your attitude to intervention and risk is much different. In addition, vaccines are often recommended for people who are most vulnerable – children and pregnant women. Vaccination is, by its nature, somewhat invasive as most vaccines are given by injection, and this provokes an emotional reaction such as fear and anxiety. Indeed, one of the unhelpful trends we notice is that images of needles are commonly used in media coverage about vaccines – you rarely even see a person in the picture.’

‘We will always need public communication, but that alone will not fix things. I’m not a great believer in hitting rumours on the head by myth-busting or debunking falsehoods. We need to be more sophisticated and to build strong transnational networks to pick up rumours and misinformation early and surround them with accurate and positive information in support of vaccination.’

Through your Vaccine Confidence Index, you have surveyed opinion on vaccines in 67 countries. What did you find?

‘We came up with a systematic approach to measuring vaccine hesitancy through repeated global surveys. One of the reasons the issue of vaccine reluctance and refusal has not been addressed in any comprehensive way is that it was seen as complex and too fuzzy to measure. It was written off as “not fact” and perceived to be propagated by those who are ignorant, rather than recognising that, fact or not fact, these perceptions impact on vaccine uptake and risk disease outbreaks. Our 2016 study in 67 countries found that Europe was the most sceptical region in the world – France was the least positive about vaccines. Now we are planning to rerun the survey in Europe to see if recent devastating measles outbreaks – which have killed 50 people in Europe (since the beginning of 2016) – may have changed minds.’

How can this information be used to reduce preventable deaths?

‘First you need to understand what’s driving a decline in vaccination rates and only then can you come up with an appropriate response. The needed intervention will vary depending on whether the problem is vaccine supply or access to vaccines, inadequate awareness of disease risk, concern over vaccine safety risks, including ingredients, or general distrust in authority.’

How can people be persuaded that vaccines are safe and what role can research play?

‘Two of our biggest projects are EU-funded initiatives aimed at understanding drivers of vaccine confidence and developing interventions to build trust. One – EBODAC – focuses on trust building and community engagement around recruiting participants into Ebola vaccine trials in Africa, including investigating the evolution and impacts of negative rumours, such as those that led to the suspension of two Ebola vaccine trials in Ghana.

‘Another is the ADVANCE consortium where we are developing a consistent and coordinated approach to assessing vaccine benefits and risks, including more open and coordinated access to relevant data. For example, if a concern is raised about a particular vaccine, we need to be able to determine whether the rates of a reported adverse event are any different among those who are not vaccinated.’

What is the future of this field?

‘We need to do a better job in schools, helping children to understand essential concepts about how immune systems work to fight disease and how vaccines help build our body’s own protection against infection. Medical school curricula also need to focus more on vaccination, including how to engage with patients who have questions about vaccines.  Health authorities need more capacity to respond to vaccine confidence issues, not just by debunking myths, or just providing facts, but by understanding what is driving the concerns, where they are coming from and surrounding them with positive, informed people. The majority of people still believe in vaccines, but they need more support to sustain their confidence.’

The ADVANCE and EBODAC projects are supported by the Innovative Medicines Initiative, a public-private partnership between the EU and the pharmaceutical industry.