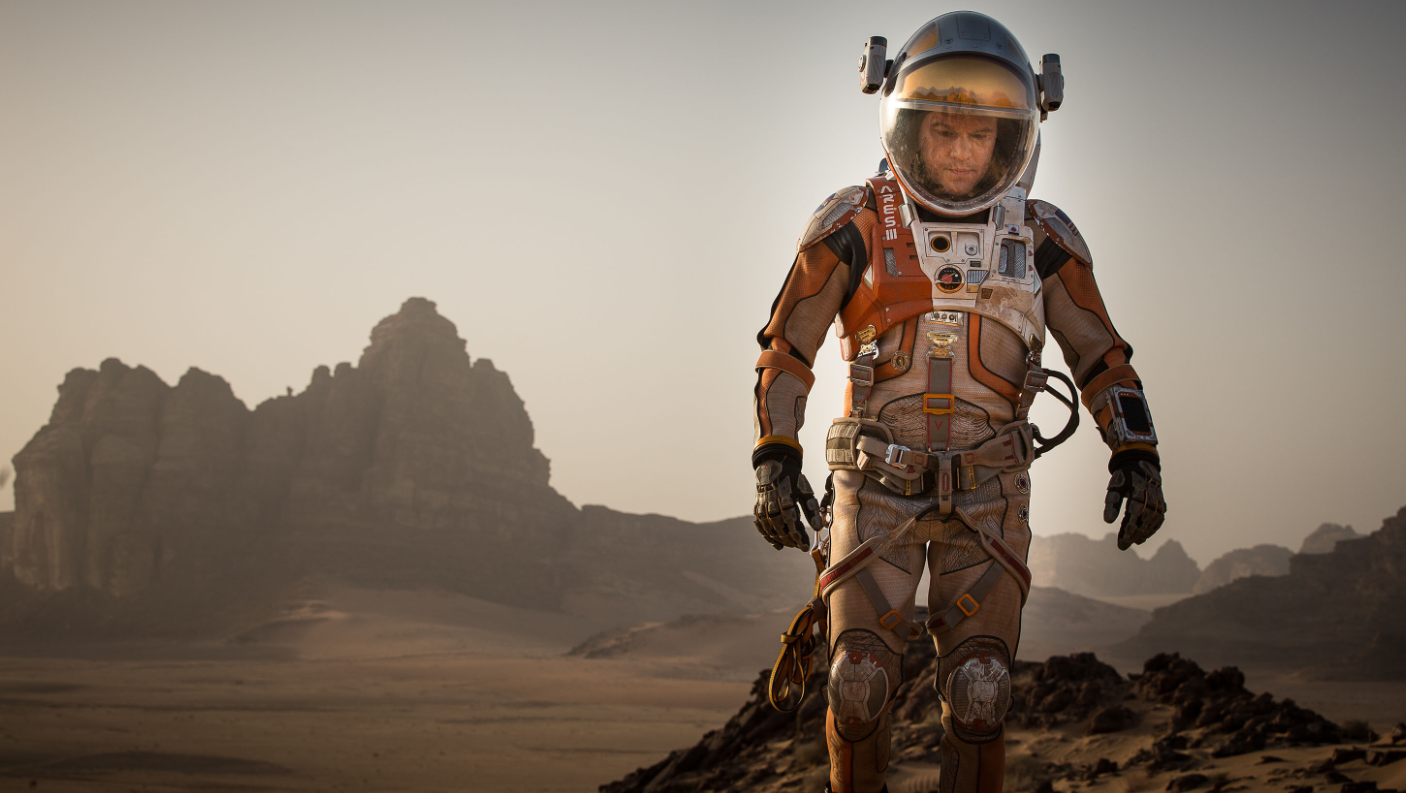 Despite Matt Damon’s heroics in The Martian, where he overcomes the odds to survive after being left behind during a mission to the Red Planet, EU-funded researchers reveal that we don’t have the technology yet to get there alive and survive.

The biggest threat comes from cancer-causing radiation. During the movie, Damon’s character Mark Watney spends 564 days on Mars, which using today’s technology would expose him to deadly levels of radiation.

‘Making it to Mars now is science fiction,’ said Prof. Giovanni Lapenta from KU Leuven, Belgium, and coordinator of e-HEROES, an EU-funded project predicting threats that space missions will encounter in reaching beyond the orbit of earth.

‘We considered how much radiation an astronaut would get travelling towards Mars, on spending a period on the surface and the way back.

‘There is a very high risk of cancer.’

According to NASA, even astronauts who spend three months at the International Space Station will be subjected to over three times the maximum recommend dosage of radiation for one year.

With current propulsion technology it will take almost a year to reach Mars, leaving astronauts facing a huge health risk just to get there, let alone staying on Mars and on the way back.

The second, and bigger problem, with such a long journey is that astronauts are at the mercy of unexpected solar flares.

‘There are specific solar events that are sudden, unpredictable and those events are a completely different type of risk. Because if those events happen, they will not just cause cancer, it would kill the astronauts, if not instantaneously, then within hours,’ said Prof. Lapenta.

These events contain clouds of solar energetic particles that create such a degree of radiation, and race through space with such speed, that astronauts on a year-long mission to Mars have little chance of escaping alive.

The solution to this is to get to Mars quicker. This would expose the astronauts to less space radiation and provide a window to navigate within a solar forecast.

‘There is a very high risk of cancer.’

In 2014, PayPal-founder Elon Musk claimed his space company SpaceX could put someone on Mars in the next 10-12 years, while NASA is aiming to put a human on Mars in the 2030s, if they secure enough funding.

However, to do it safely they would need to develop a new propulsion technology that could get them to Mars in a matter of weeks, according to researchers.

Saying we solve the propulsion problem, the next logical question for a mission to Mars is where to go and what to do once you get there. To find exactly where to set up base, you’d want a pretty good map.

‘We have the ability to see the surface of Mars as if we would see it from five metres away,’ said Professor Jan-Peter Muller from University College London, UK, and leader of the EU-funded iMars project which is working out how to increase the usefulness of existing Mars imaging.

iMars is processing 650 000 pictures from NASA and the European Space Agency (ESA) to create 3D models of the surface, permitting a much more comprehensive interpretation of the Martian surface to be made.

It means a mission to Mars such as the one envisaged in The Martian would certainly know where to land and where the best science can be done.

‘iMars map data can be used to find areas that are less dangerous for landing as well as find interesting geological features,’ said Prof. Muller.

Once a mission arrives at Mars and discovers the first-known alien life, what will they eat?

In the movie, Damon’s character eats spuds grown in Martian soil in his home-made potato farm, but researchers believe that may not be the best idea.

‘The Phoenix lander in 2008 showed there are high levels of perchlorates (on Mars) which would have a definite impact on plant growth and potentially the toxicity of what you grow,’ said Dr Matthew Bamsey from the German Aerospace Center and leader of CEADSE, an EU-funded project working on growing plants for space missions.

‘In the future there may be a chance to use the Martian regolith to grow plants, but it’s likely the initial systems will be hydroponic ones.’

CEADSE is working on growing as much fresh produce as possible in the smallest amount of space using soilless technology with energy- and resource-efficient systems.

In The Martian, NASA was going to send a payload of supplies to Damon’s character to prevent him from starving. In an actual manned mission to Mars, it makes sense to send a controlled plant-growing system with you so it can recycle all the air, food and water an astronaut needs.

‘When you’re talking about a permanent presence on the surface of the moon, or going to Mars for a few years, then the use of biological life-support systems to produce food and to recycle our water and air become very useful,’ said Bamsey.

Using this technology, it may be possible to grow food on Mars, so long as you have perfected the radiation shielding. It means that, as long as you get there fast enough, it would be possible to conduct a successful research mission on Mars, presuming you don’t get left behind that is.