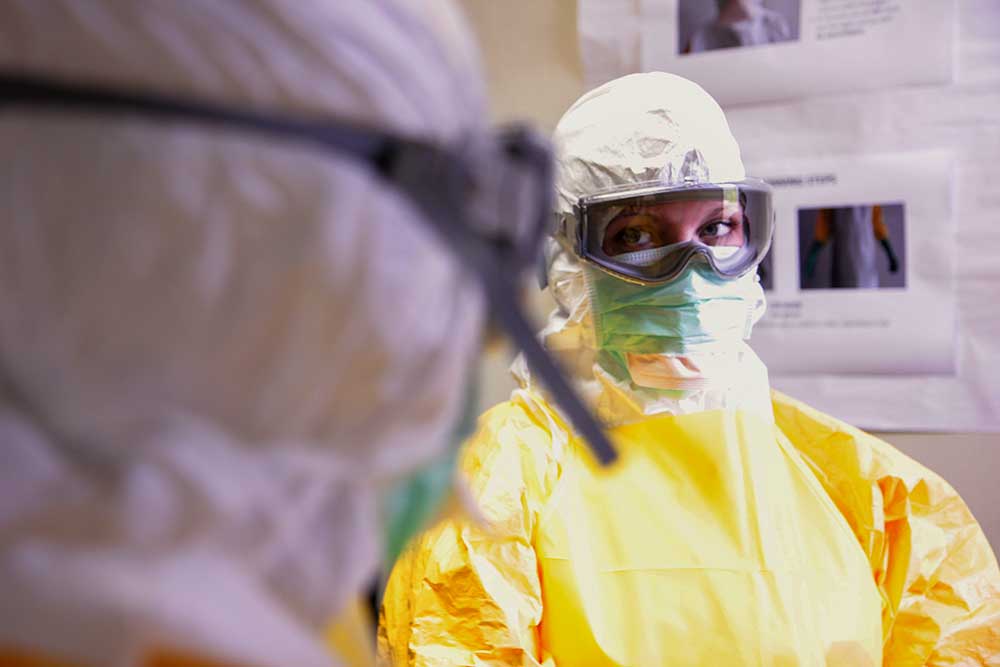 The average drug takes 12 years before it’s approved for widespread use. Researchers are using supercomputers to screen abandoned drugs that are safe to use to see if they can work for coronavirus. Image credit - Rawpixel/licenced under CC0

A vaccine is likely to take at least a year. A new drug could be a decade away. Even with the world’s resources focused, treatments against a new disease are difficult to create from scratch. However, repurposing existing drugs for other conditions could provide a much-needed shortcut.

The average drug takes 12 years to be approved for widespread use, from testing in the lab. It takes many experts, many years and many hundreds of millions of euros to create, optimise and test a molecule before regulators can be confident that it works without causing disproportionate side effects.

With existing drugs, scientists can skip many of the early steps and start testing on patients, as long as there is some evidence that it could benefit them.

It may be that these drugs are already on the market or that they were abandoned partway through their development as they didn’t work for their original purpose, but have already been through safety trials.

It is not unusual for a drug to have unexpected benefits in other areas. The most famous example is Viagra, which was originally developed to treat cardiovascular problems.

There are over ten thousand such candidates in the collective medical cabinet and testing all of them in humans would be impossible. However, a supercomputer can virtually test each of these drugs in the blink of an eye.

‘We are really confident because we have already applied this approach in the case of the Zika virus,’ said Professor Cristina Silvano from Polytechnic University of Milan, Italy.

She was the coordinator of a project called ANTAREX, which has developed ways to extract more computational power from a supercomputer by optimising the software for all of the components, such as the processors and memory storage.

‘We call it tuning, because we are trying to tune the software applications specifically on the hardware architecture of the supercomputer, in order to get the faster processing and the best accuracy,’ said Prof. Silvano.

One of the test cases that they chose to demonstrate the supercomputer’s power is simulating screening for potential drugs. In the case of the Zika virus, they virtually screened over 1 billion compounds and identified some that are now being tested in laboratories in Brazil.

The platform is now being put to use in the Exscalate4CoV project to find molecules that can attach themselves to proteins in the new coronavirus and stop them working. To do this, the software needs to know what the virus protein looks like and how it is structured, so it can see how a compound might be attached, like pieces of a jigsaw.

Fortunately, scientists around the world are rapidly identifying the structures of the proteins from the coronavirus.

‘More are coming, almost every day or at least every week. Anytime a new structure is released, we use this information to optimise our models,’ said Dr Andrea Beccari from Dompé Pharmaceuticals, who is managing the drug discovery platform.

‘We are really confident because we have already applied this approach in the case of the Zika virus.’

To help make a difference as quickly as possible, they have focussed on molecules that have already passed safety standards in human trials – approximately 10,000 in total. These molecules could either be existing drugs for other conditions, or never have been publicly available because they were not effective enough for their original purpose.

Scientists could start testing these potential drugs in Covid-19 patients quickly, without needing rounds of safety testing in animals and healthy people.

‘Where we think we can give the most to the community is (by) looking for molecules that are not known as antivirals, but would be antiviral specifically for the coronavirus,’ said Dr Beccari.

The software has already identified a number of potential candidates, but they still need to be tested in the laboratory to select the most promising ones.

‘We have selected nearly 100 molecules with these approaches, and at the moment these molecules are under biological evaluation in our facility in Leuven, in Belgium. So our schedule is that in two to three weeks we should have the results of this simulation confirmed by experimental results,’ said Dr Beccari.

The results from the supercomputer virtual screening may help to find drugs that nobody had previously thought to test against the new coronavirus. However, there are several existing treatments for other diseases that scientists suspect might work and are now being rushed into testing in Covid-19 patients – helped by a network originally set up to tackle antimicrobial resistance.

Professor Marc Bonten from UMC Utrecht in the Netherlands is the lead coordinator of the COMBACTE-NET project, which has spent the last seven years creating a network of over 300 hospitals across Europe for running human trials to test new drugs against antibiotic-resistant bacteria.

The project set out to help researchers to do large, international clinical trials more efficiently. This included training for the hospitals, building a network of regional coordinators and creating a database of the capacity for each hospital to do studies and lab procedures.

‘We can look in our network and identify, for each country, who we think are the most successful contacts for getting the trial implemented,’ he said.

The COMBACTE-NET network is now being used to expand a large-scale clinical trial called REMAP-CAP, which was originally created for pneumonia but has been adapted to test promising drugs for coronavirus. Using existing research infrastructures means scientists can rapidly adapt their research questions to new situations, says Prof. Bonten.

The REMAP-CAP trial is starting with two separate antiviral treatments: one drug cocktail for HIV and an antimalarial drug; and is also testing two separate treatments to control the response of the patient’s immune system. With regular interim analyses, the researchers will see if they can draw any conclusions from the results at an early stage. These initial results are expected in the coming months.

‘Based on that interim analysis, we can make adaptations to the study for example, if a treatment is clearly inferior to other treatments, you can immediately stop randomising patients to that treatment,’ said Prof. Bonten.

‘I really hope that within two months we have a clear outcome that one of these treatments is the superior treatment and then that should become the standard of care.’

One of the strengths of the REMAP-CAP trial is that it can adapt, for instance, if a supercomputer identifies a possible treatment that had not previously been considered as an antiviral.

‘You can discontinue with treatments, but you can also introduce new treatments,’ said Prof. Bonten. ‘If in two months, there is a very promising new kid on the block, then it could be included immediately.’

The research in this article was funded by the EU (ANTAREX, Exscalate4CoV) and the Innovative Medicines Initiative (COMBACTE-NET). If you liked this article, please consider sharing it on social media.