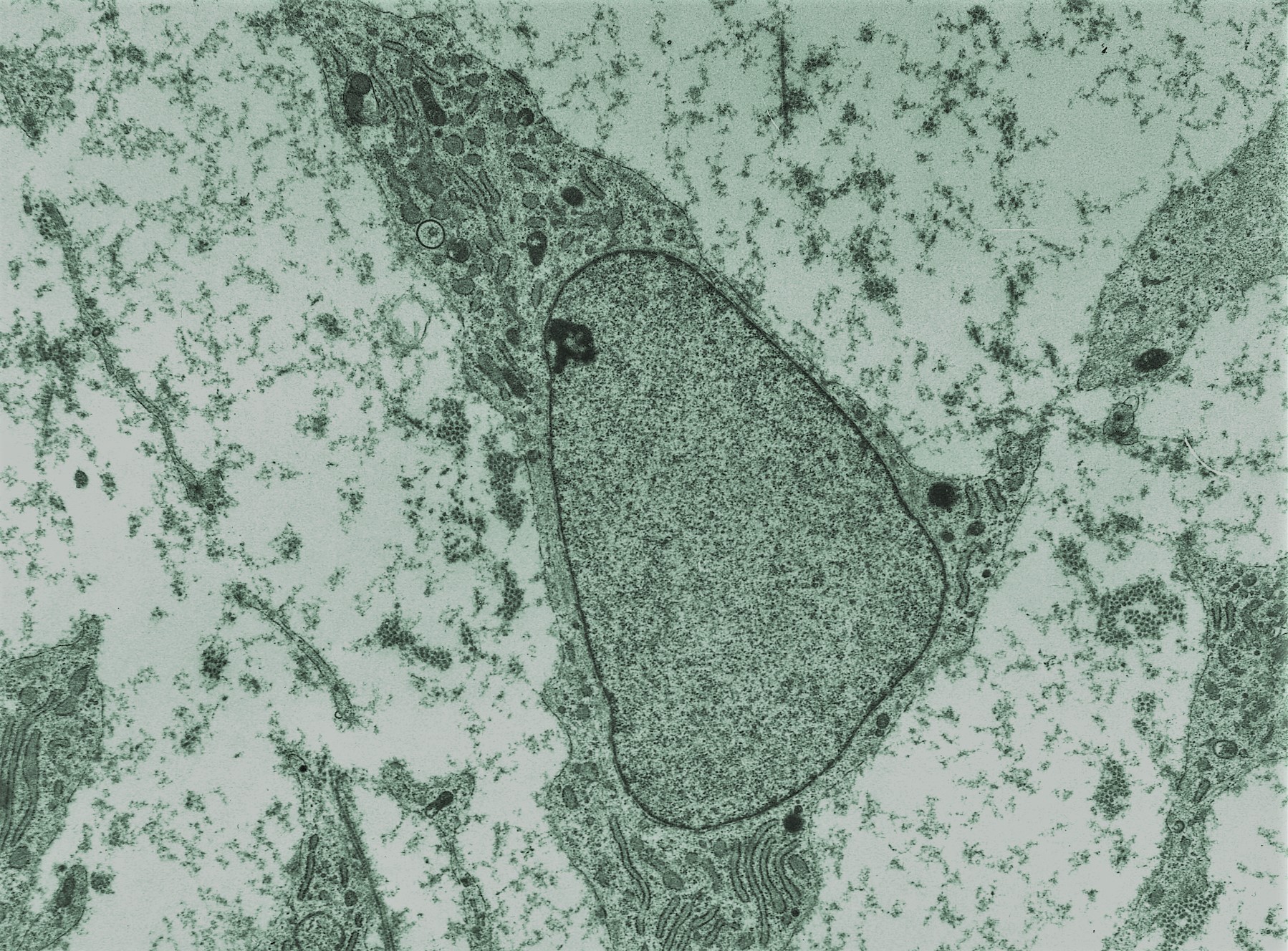 Fat has a higher ratio of stem cells than other tissues such as bone marrow. Image credit - Robert M. Hunt, licensed under CC BY 3.0 (image was cropped, colour changed)

Severe inflammation caused by a patient’s immune system can be deadly, but stem cells found in human fat could provide new ways to protect against this toxic reaction.

The work is part of a subset of regenerative medicine that aims to tackle disease and disability by removing the natural barriers that prevent the body from healing itself.

The body’s natural defence system is highly effective at fighting off infections and it uses inflammation to rid itself of harmful bacteria and toxins. This response, which most people will recognise by the characteristic swelling around a wound, is an essential part of the healing process.

But sometimes this immune response can go into overdrive and not only prevent effective healing but also harm the very thing it is trying to protect.

Sepsis, which is derived from the Greek word for putrefaction, is excessive inflammation that erupts in response to an infection or bacterial toxins, sparking a cascade of biological changes that often lead to septic shock, multiple organ dysfunction, and death.

The life-threatening condition is considered the most preventable cause of death and disability in Europe. It can result from a simple cut that becomes infected but can also be a complication following surgery or other infections like meningitis.

According to the World Health Organization, there are an estimated 30 million episodes of sepsis each year, leading to some 6 million deaths. It is also staggeringly expensive to treat.

‘There are no treatments for sepsis that are efficiently targeting the cause of the disease,’ said Dr Eleuterio Lombardo, scientific director at biopharmaceutical company TiGenix, based in Leuven, Belgium. ‘So what doctors try to do is minimise the damage so that the patient can recover and get out of the ICU as soon as possible.’

TiGenix is part of a project called SEPCELL, which is developing a stem cell therapy to combat severe sepsis. They are focusing on using adult stem cells, which have been identified in many organs and tissues. Their ability to renew themselves and develop into other cell types means they play a critical role in cell repair and regeneration of tissues they reside in.

For the SEPCELL project, TiGenix is working in collaboration with European research institutes on adult mesenchymal stem cells, which can be found in bone marrow, adipose or fat tissue, muscle tissue, the placenta and the umbilical cord. While most attempts to develop treatments using stem cells tend to concentrate on their capacity to regenerate tissue, the SEPCELL project is attempting to harness their potential to be useful in other ways.

'There are no treatments for sepsis that are efficiently targeting the cause of the disease.'

In previous trials, scientists observed that mesenchymal stem cells have properties that allow them to reduce the hyperactive immune response that emerges as a result of sepsis, while other such studies suggest that these cells can exude potent anti-microbial molecules and improve the body’s capacity to kill bacteria.

In some animal trials, researchers induced sepsis by injecting the animal with bacterial toxins or by releasing bacteria from the intestine into the abdominal cavity. Data from these studies suggests a reduction in infection and inflammation within hours of administering stem cells, said Dr Lombardo.

‘So the combination of these two main effects has proven to be very efficient in controlling experimental sepsis in animal models,’ he said. But he cautioned that mesenchymal stem cells need further investigation since their mechanism of action is not fully understood and may vary from one disease to another.

In light of these encouraging results, however, the SEPCELL consortium are now hoping to conduct an early-stage study in human patients, using stem cells derived from adipose tissue from healthy donors undergoing liposuction, to develop a treatment for severe sepsis that emerges as a result of community-acquired pneumonia.

‘For some reason, fat has a higher ratio of stem cells than for instance, bone marrow tissue,’ explained Dr Lombardo.

The trial, which is aiming to test the stem cell therapy against a placebo, is currently recruiting people with sepsis who are in a critical condition, with a target of enrolling 180 patients across different centres in Europe.

While stem cells may be able to help thwart harmful inflammation – which can be one barrier to healing – other scientists are using antibodies to remove certain proteins that stop people with spinal cord injuries from regaining movement.

Although existing treatments such as surgery are designed to stabilise a broken spine, it is currently not possible to regenerate the severed nerve fibres following injury.

Now, the NISCI project is developing antibodies that target Nogo-A, a protein present in the central nervous system, brain and spinal cord, which is believed to inhibit the repair and regrowth of nerve fibres.

The researchers have already shown in animal models that using antibodies to inhibit this protein can greatly enhance the growth of new nerve endings, the regeneration of nerve fibres and neuroplasticity following brain and spinal cord injuries. In a recent early-stage study in patients, the therapy was also found to be safe and well-tolerated by patients.

The project is now preparing to begin a three-year trial to evaluate the therapeutic impact of the antibody therapy in improving the movement and quality of life of tetraplegic patients, where there is partial or complete loss of movement in all four limbs and the torso.

The researchers expect to begin recruiting in the coming months to enroll about 140 patients in a trial, once regulators in different parts of Europe, including Germany and Switzerland, approve the study.

Dr Armin Curt, NISCI project coordinator and chair of paraplegiology at Balgrist University Hospital in Zurich, Switzerland, believes the therapy has ‘tremendous potential, if it works well’, and could be used to help treat other diseases characterised by nerve cell damage.

‘If this concept holds true – that this antibody is really increasing neural repair – the next place to go is probably stroke, and specific forms of multiple sclerosis,’ he said.