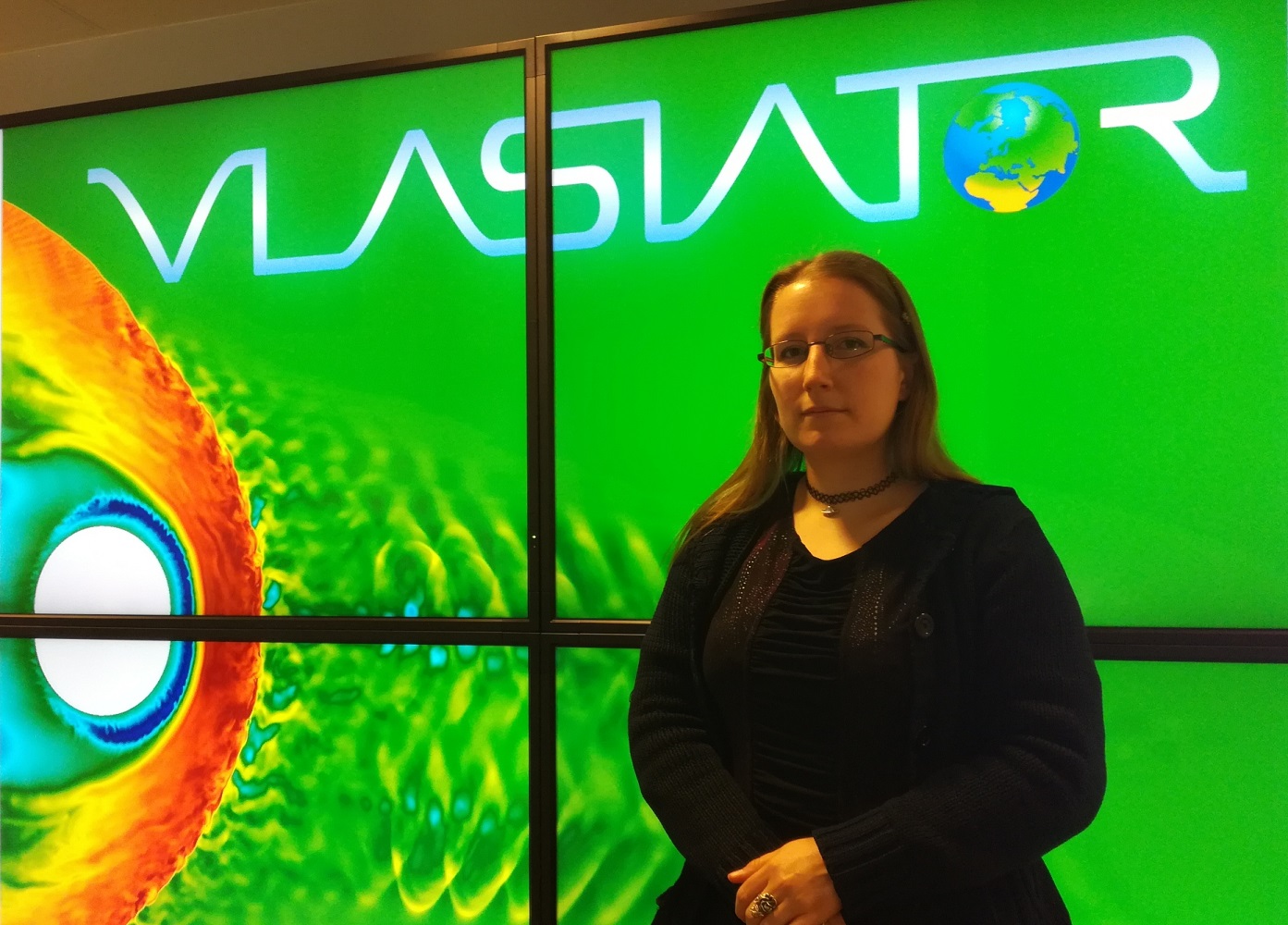 Understanding more about how solar storms interact with the outermost part of Earth's environment, known as the foreshock, could refine space weather forecasts to predict their effects at a local level and help protect vital technology, according to Dr Lucile Turc, a space physicist at the University of Helsinki, Finland.

Why are space weather forecasts necessary and what are we trying to avoid?

‘There’s a constant flow of magnetic radiation coming from the sun. Most of the time it’s quiet, and we are shielded from it by the Earth’s magnetic field, but sometimes, huge blobs of magnetic radiation emerge in coronal mass ejections, and they trigger solar storms. While solar storms can cause beautiful auroras, they can also damage spacecraft, disrupt radio telecommunication and disrupt GPS signals — which can prove very annoying and even dangerous — and in space it can be a danger for astronauts, for example, if they are outside of the International Space Station. Now that we’re talking about manned missions to Mars, space weather is more important if they are going to be in space for six months.

‘Solar storms can also cause blackouts on the ground. In 2012 there was one strong storm that missed the Earth, and, at a recent conference, a colleague of mine stated that we would likely still be recovering from this storm now if it had hit us. But if you can forecast this weather and know these storms are coming, you can do things like shutting spacecraft down so that they are not damaged, the astronauts can stay shielded in the space stations, and you can change the routes of polar flights so that the crew and passengers are not harmed.’

‘In 2012 there was one strong (solar) storm that missed the Earth ... we would likely still be recovering from this storm now if it had hit us.’

What is the state of the art in predicting space weather?

‘Well, we don’t know how to predict when something will erupt from the sun. We have to wait for the eruption to take place and then we have one to four days’ warning. There are still many uncertainties and mistakes around the propagation of storms coming to Earth and about predicting if or when the centre will hit — especially when two storms erupt at once.

‘It only becomes more reliable when we can observe the storm about half an hour before it hits the Earth, and then we know for sure how strong it will be. But we still don’t know exactly all of the details, and particularly what the regional and local effects will be.’

You're working on the EU-funded FRoST project, studying how space weather interacts with near-Earth space. What are you trying to achieve?

‘FRoST supervisor Professor Minna Palmroth and I are looking at the space weather equivalent of normal weather forecasting for near-Earth space. Due to our increased presence in space, we need to predict when and where storms are going to be the strongest and for this, we need to understand the entire process of how solar storms interact with the Earth, including the physical properties of near-Earth space. FRoST focuses on a region in the outermost part of the Earth’s environment called the foreshock — a very turbulent region of magnetic waves. It’s the first part of the Earth that a solar storm reaches and while it distorts solar storms, the storms also change the foreshock, pressing it towards the Earth.

‘We are using a simulation called Vlasiator to simulate the foreshock at a global scale, computing this with the equivalent of 3 million hours on a normal laptop, as well as using spacecraft data from a 15-year European Space Agency mission called Cluster. We’re aiming to understand whether this turbulent outer region plays a role in how solar storms affect the Earth's environment — and if so, to include this in space weather models. If there’s a global effect, it shouldn’t be so big, but we’re thinking there could be more local effects on one side of the globe, depending on where the foreshock is. So we could refine local forecasts over areas like Scandinavia or Russia, saying if it’s going to be stronger.’

Why is the foreshock only now starting to be better understood?

‘The foreshock has been overlooked until now as ignoring it works well for general forecasts but by looking at these outer regions, we can perhaps explain the local deviations we see.

‘We were only able to better study this after seven years of intensive development by Prof. Palmroth’s research group led to a 2015 breakthrough in exploring a completely new aspect of sun-Earth relations. People usually think of space in terms of fluids or charged particles, but another possibility is to consider such environments with mathematical relations known as velocity distribution functions. It’s more expensive to simulate with these functions and such simulations were previously done on a smaller scale but the research group decided to aim high and simulate all of near-Earth space — which now allows us to use Vlasiator in simulating areas like the foreshock more accurately.’

What else could an improved understanding of the foreshock lead to?

‘Foreshocks and shocks in general are ubiquitous phenomena in physics, so this could be applied to other areas in the solar system. For example, on Mercury, where we could look at solar storms to give an idea of what the environment looks like for when the BepiColombo explorer (Europe's first mission to Mercury) arrives in 2024. They also affect solar and stellar winds and how they interact with exoplanets, so we could predict what we might find on planets beyond our solar system.’

What is the best way to improve future space weather forecasting?

‘The biggest challenge is in the hand of the solar physicists, in trying to find a way to predict solar eruptions before they take place. I’m not sure that we can come up with more than a probability of an eruption, but that would be one of the highest goals.

‘Regarding forecasting between the sun and Earth, knowing which part of the storms would hit us or not would be necessary. And then it depends on how precise we need the forecasts, but there is a lot of fundamental understanding missing about how these interactions with the Earth's environment work, and where and when solar storm intensity will peak.’