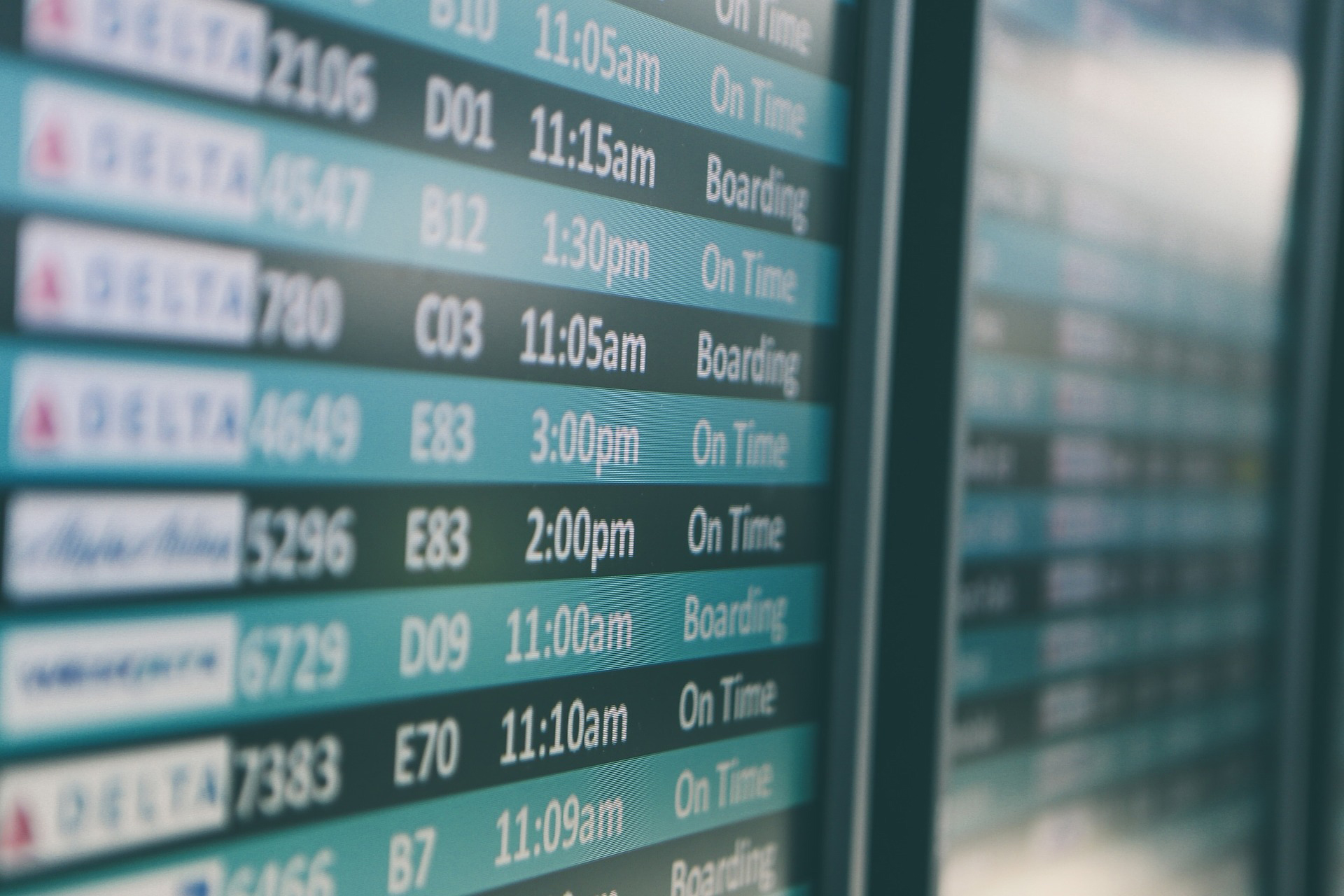 Quantum simulators could help solve logistical challenges, such as making sure planes and airline crew are in the right place in order for flights to run smoothly. Image credit - Pixabay/ Free-Photos, licensed under pixabay license

While modern digital computers are capable of impressive feats of calculation, there are some problems that even the most advanced supercomputers struggle with. But researchers believe new computers that tap into the power of quantum mechanics, which govern the strange behaviour of microscopic particles like bosons, fermions, and anyons could tackle these problems in a matter of seconds.

Building general purpose quantum computers has proven to be exceptionally difficult and currently, only a handful of expensive machines are under development.

Some scientists are instead taking another approach by building computing systems known as analogue quantum simulators in an attempt to find a shortcut to some of the answers quantum computers promise to provide.

These simulators are designed to explore specific properties of quantum physics by modelling how the smallest particles in the universe might behave. This in turn can be applied to solve complex problems in the wider world that are currently impossible to work out or could take a lifetime to do so using classical computers.

‘The analogy I really like is that analogue quantum simulators are a bit like a wind tunnel,’ said Professor Andrew Daley, a physicist at Strathclyde University, UK, and a member of the PASQuanS project. ‘A couple of decades ago it was impossible to simulate air flow on a computer so instead you would build a scale model and put it in a wind tunnel.

‘But with analogue quantum simulation, the scaling goes the other way – rather than making a smaller version, you are making a bigger one. This makes it more controllable and so it is easier to learn the details of how something might work.'

'We can take a problem from somewhere else and map it onto the interaction between the atoms or ions.'

Bringing together a team of researchers from around Europe, the project is attempting to build some of the most powerful analogue quantum simulators to date using atoms and ions as their scaled-up models of subatomic particles.

For example, ultracold atoms, which have been chilled to just a few degrees above absolute zero, can be suspended in a lattice formed by laser light to simulate how electrons might move in a crystal. So far, state-of-the-art quantum simulators use around 100 ultracold atoms or up to 20 ions in their models, but the team is hoping to boost their systems to have more than 1,000 atoms and up to 50 ions.

This could push the power of these simulators far beyond what is possible with classical computation in a far shorter timescale than would be possible by building a general quantum computer, says Prof. Daley.

A key challenge is making the simulators more controllable and programmable. The researchers involved in the project are developing new techniques for controlling the atoms, such as trapping them with laser ‘tweezers’, exciting select atoms into high energy states or moving them so they interact in different ways.

‘The programmable bit is all about making these systems highly controllable, in a well calibrated way, on the level of individual lattice sites, individual ions or individual atoms,’ said Prof. Daley.

While these simulators could help physicists solve taxing questions about the behaviour of particles in quantum systems, they can also be used to address larger real-world problems, too.

Quantum annealing algorithms, for example, exploit a quirk of quantum physics whereby subatomic particles, atoms and larger molecules can find the path of least resistance when changing energy states. This can be compared to trying to roll a ball up a hill to reach a deeper valley on the other side – if the ball is not given enough of a push, it will not have the energy to reach the peak of the hill and will simply roll backwards. Quantum particles, by comparison, can bypass the energy peaks they have to surmount by simply tunnelling through them.

‘We can take a problem from somewhere else and map it onto the interaction between the atoms or ions,’ said Prof. Daley. ‘Then we can start asking questions to find the lowest energy configuration that is possible.’

Major companies such as Airbus, Total, Bosch, Electricité de France (EDF) and Siemens have already expressed interest in exploring this approach. Researchers from the companies are working with the project in an attempt to find potential applications that can be applied to their commercial operations.

In aircraft, for example, it could be used to help ensure planes and airline crew are in the right place in order for flights to run smoothly.

It could also be used to rapidly model the best way of rerouting traffic on busy roads to avoid congestion and reduce pollution.

‘We have set up an end user forum to get specific ideas of the kind of problems that can be implemented on analogue quantum simulation platforms,’ said Prof. Daley. ‘These are big problems that are particularly interesting to industry that we could then imitate on our systems.’

The power of quantum simulators goes beyond finding ways to optimise processes. Prof. Daley and his colleagues say one of the first applications of their quantum simulators will be to help design new materials, including for nanoelectronics and superconductors.

This is something that the Qombs project is also pursuing by creating an analogue quantum simulation to engineer a new generation of material that can produce highly tuneable infrared lasers. The wavelength – or colour – of modern lasers is determined by the elements in the diode used to generate the light.

But by growing crystals that contain different concentrations of metals like aluminium, gallium and arsenic in layers, the researchers behind the project want to create semiconductor materials that can produce laser light at wavelengths that would otherwise be impossible. These devices are known as quantum cascade lasers.

‘We are using quantum simulations to optimise and obtain new features that will improve upon the performance that is possible with quantum cascade lasers today,’ said Dr Francesco Cappelli, a researcher at the National Institute of Optics in Florence, Italy, and a member of the Qombs team.

By simulating how the electrons and photons might behave in different structures and concentrations of metals, the team hopes to better control the wavelength of light produced by the devices.

If successful, it could lead to devices that can produce light with extremely long wavelengths that extend into the mid and far infrared, something that is currently unattainable.

‘These could be used in communication, as the light is not absorbed by the gases in the atmosphere at these wavelengths,’ said Dr Cappelli. ‘Not only is the atmosphere transparent, but scattering due to humidity and dust is also reduced compared to visible lasers.’

Tuning the lasers to specific wavelengths could also allow them to be used in sensors to detect specific gases, such as pollutants or other harmful substances.

A quantum cascade laser tuned to emit light with the exact wavelength absorbed by nitrogen dioxide, for example, could be used to precisely measure levels of the gas in urban areas.

‘Designing semiconductor crystals with these sorts of properties would never be possible on classical computers,’ Dr Capelli said.

The power of quantum computing

In traditional computers, information is contained within binary digits, or bits, that hold a single value of either 1 or 0.

In quantum systems, subatomic particles can exist not just in binary 1 or 0 states, but they hold multiple combinations of 1 and 0 at the same time to form a “qubit”. As a qubit can be 1, 0, or 1 and 0 all at once, it means many more calculations can be carried out simultaneously.

Even more weirdly, pairs of qubits can also become entangled so that when the state of one is changed, the other instantly changes with it, even if they are separated by large distances. This mysterious phenomenon exponentially increases a quantum machine’s number-crunching ability.