Q&A: Why some people’s wellbeing has improved during the pandemic 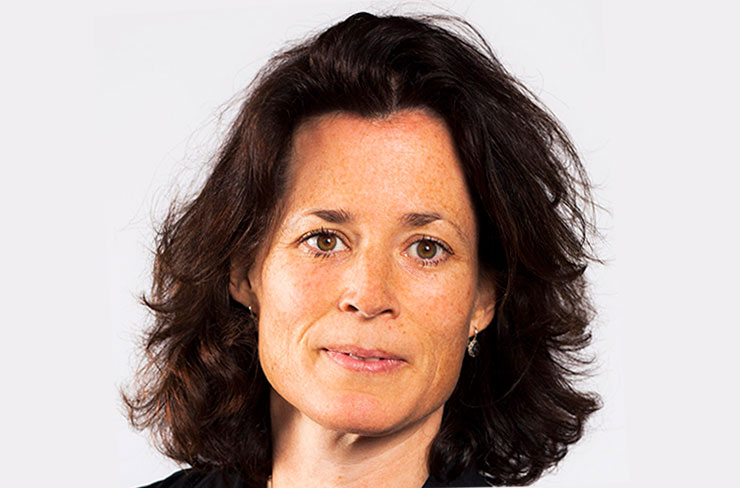 Around 20% of people surveyed by Prof. Bartels reported increased levels of happiness, optimism and meaning in life since the start of the Covid-19 pandemic. Image credit - Meike Bartels

As the social isolation compelled by the pandemic swept many of us into a flurry of panic, grief and mental funk, a section of people actually reported improved levels of wellbeing, found biological psychologist Meike Bartels, a professor of genetics and wellbeing at VU Amsterdam, the Netherlands.

Why do some people fare better than others in times of distress, and what can we learn from them? Part of the answer lies in our genes, she explained.

How do you define wellbeing?

I consider wellbeing as an indicator of feeling well and functioning well. Everything about the concept is subjective — as long as someone says I feel well, I don't really care if that is also objectively the case. There is actually no objective idea of wellbeing because it's all about how you feel.

Wellbeing is also a catalyst — it's not the endpoint. It comes first — when you feel well, you are able to function well and to connect to other people. Large studies show that people who are happier function better, contribute to the socio-economic status of a country, to social welfare and have stronger social relationships and networks. Overall, they're way less vulnerable to difficult circumstances. So actually, we should invest a lot in the wellbeing of people because if people feel well, they have a lot more to add to society.

So what is your research looking into?

Our main research question (for the project WELL-BEING) is to understand differences in wellbeing.

We are doing this using three broad sources — twin-family studies to understand the interplay of genes and the environment; large scale molecular genetic studies to understand the evolution of the human genome; and extensive database linkage studies to get a more objective assessment of environmental exposure. This data is sourced using online surveys from volunteers in the Netherlands, collecting biological materials like DNA samples and linking it with the different databases. We're also using social media data and mobile phone apps to get real-time data on wellbeing.

That was the plan — and then Covid-19 hit. So we created a new survey, and sent it out to a larger group where we included wellbeing measures but also related questions about Covid-19, including questions about whether the person or their family was infected, as well as questions about the general effect of the pandemic, job security, stress levels, and loneliness.

Going forward, we want to capture the fluctuations in wellbeing — for example, people are happier on Fridays than Mondays, and they're happier when they're outdoors versus indoors. We want to learn why so we can help people who suffer more.

By conducting these surveys online and through mobile phones, isn’t your data biased on the digitally literate?

If you look at phone and computer use in the Netherlands, I'm not worried that it’s a very big problem. The problem is that this data must come from volunteers, because wellbeing is subjective, and people who sign up tend to be of a higher educational level.

And what was the difference in results you got before and after Covid-19?

So far, we have compared the survey data (5,000 people pre-pandemic and about 18,000 people post-pandemic) but we still have to link it to the environmental and genetic datasets.

But in terms of the surveys, we saw a reduction across the three measures - happiness, meaning in life, and optimism - after the pandemic emerged. But, about 20% of the people actually reported increased levels of happiness, optimism and meaning in life. So, I think that's an important message — that Covid-19 didn't have a negative effect on everybody.

We’re not entirely sure about why that subset of people actually had an improved sense of wellbeing. Partly, it could be about resilience — we did a project recently on the overlap of wellbeing and resilience and found that this overlap is largely genetically driven. So partly, it's resilience and genetic differences between people — these people are just better able to cope with trying circumstances.

Before the pandemic, many people lived a very busy, complicated life. We were a very overloaded society. And then, forced to slow down by Covid-19, some people realised they probably didn't live the life they liked, spent more time at home with their families — so there was some stress relief. For those who weren’t personally affected by the pandemic, it could be that they feel good about helping others.

And we hope at some point — it’s far too early now — that we are able to learn from those who do well to help those that don’t.

‘I think that's an important message — that Covid-19 didn't have a negative effect on everybody.’

Can you elaborate on the role of genetics in wellbeing?

Then, armed with that data, we started a global collaboration to study DNA samples and wellbeing measures in about 300,000 individuals, and then we did a second study of about a million individuals. We found over 300 locations on the human genome could account for differences in wellbeing — but I must add that all these genetic variants altogether add up to only about 1% of the wellbeing differences between people. So, it's just the beginning of our understanding of the influences of the genome.

Given your research so far, what is the biggest factor influencing wellbeing?

I think, in general, what matters the most is that there should at least be someone who cares about you. Some people need many people who care about them, and some only need one person to have the same level of wellbeing. Loneliness and wellbeing are connected.

What are the future applications of your research?

We have robust findings for the genetic underpinnings of wellbeing and so I think that's important for future research. We also have learned that there’s an interplay between genes and environment, and that some environmental factors are key for some people, but not for others. So that tells us to step beyond the one-size-fits-all approach.

I think in an ideal world we should learn from those who do well in sub-optimal circumstances to help those who suffer. In the future, we could also create genetic scores linking genetic predisposition to wellbeing.