Q&A: Why clouds are still ‘one of the biggest uncertainties’ in climate change 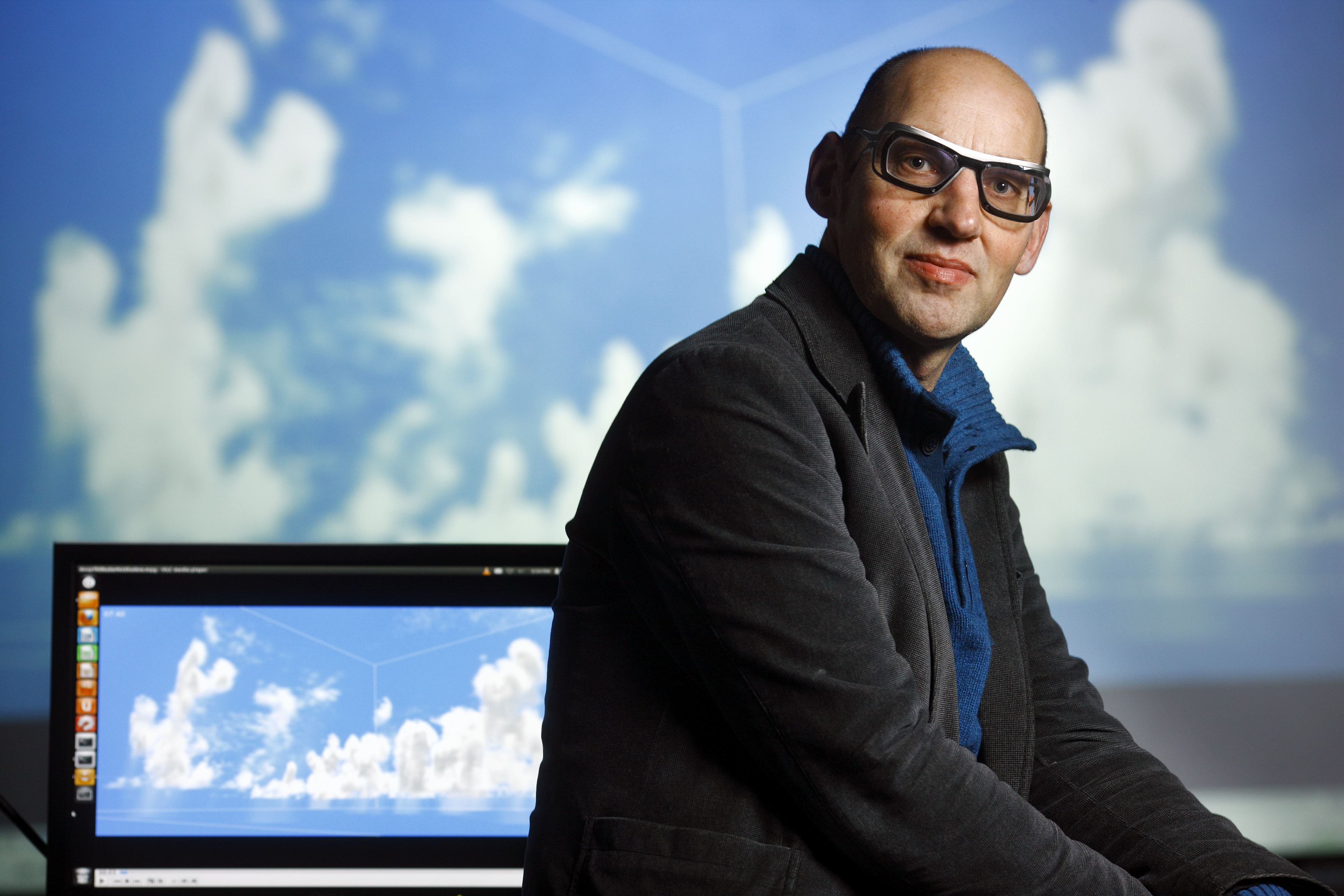 Clouds are important from a climate point of view for how they reflect and absorb sunlight, according to Professor Pier Siebesma, an atmospheric physicist. Image credit - Pier Siebesma

They might be beautiful at times, but clouds are still one of the biggest sources of uncertainty in understanding how the climate will change due to global warming, explains Professor Pier Siebesma, an atmospheric physicist at Delft University of Technology (TU Delft) in the Netherlands.

Enormous field studies of clouds and high-resolution computer simulations are now helping to reduce some of that uncertainty. The picture of what it means for our climate is far from encouraging, according to Prof. Siebesma.

What are clouds and how do they form?

Clouds are simply condensed water. The atmosphere is full of water vapour that evaporates from oceans and the land. But the atmosphere can only hold so much water vapour, so when air cools, it reaches a point where it becomes supersaturated and water vapour condenses around microscopic dust particles we call aerosols. The droplets are so tiny that they remain floating in the air where they scatter sunlight, which is why we see them as white clouds. As more water condenses, the droplets grow and they fall with gravity as rain.

Why do clouds form so many different shapes?

There is incredible variety. It depends on all sorts of factors like the stability of the atmosphere, the amount of available water vapour and how the wind varies with height. There is an organisation called the Cloud Appreciation Society, where people from all over the world share the different formations of cloud they see. I’m a member of it too.

A few years ago the World Meteorological Organization added a new sub-category of cloud to the International Cloud Atlas that the society’s members had been seeing often called altostratus undulatus asperitas. They have an undulating cloud base (undulatus) with a chaotic character (asperitas) providing an almost apocalyptic view of the sky. Not that it hadn’t been around before but the organisation has helped encourage people to look for and photograph clouds. There were also a number of cloud types added to the atlas that really can be considered ‘new’ in the sense they have only started appearing because of human activity – contrails for instance. These are human-made clouds left in the wake of aircraft and they have a special name – Cirrus homogenitus.

How else does human activity affect clouds?

Clouds need aerosols to form. There are always these micrometre-sized particles – which are smaller than the thickness of a human hair – floating around in the air. A lot are in the air naturally, like sea salt that is blown off the oceans and dust from the Sahara Desert. But there are also some from anthropogenic (human) sources. Combustion is a main source of these human-produced aerosols – black carbon, or soot, for example, and sulphur dioxide, which comes mainly from power plants in Europe. Nitrogen oxides from car exhausts are another major source in Europe. The more aerosols there are in the air, the more reflective the clouds become as they are composed of more but smaller water droplets. If there are fewer aerosols, there will be fewer water droplets which become bigger and fall more easily as rain drops.

What role do clouds play in the climate?

The primary reason we are interested in clouds from a climate point of view is because they interact with sunlight. At its simplest, the more clouds you have, the more sunlight they reflect and that dampens global warming. But clouds also interact with the infrared radiation that is emitted by the Earth in different ways too, which has a warming effect. They absorb infrared radiation and then re-emit a portion of it back into space and back towards the (Earth’s) surface. This varies depending on the height of the cloud and the type of cloud.

How do clouds affect global warming?

There are three ways that clouds can influence the Earth’s temperature. First, the amount of cloud cover – more widespread cloud cover generally means they reflect more light and have a stronger cooling effect. Second, the reflectivity of clouds plays an important role. If clouds contain more water droplets they become whiter and will reflect more sunlight, which will cool the Earth’s surface.

Finally, cloud top height is also important. Higher clouds also tend to be colder, so they emit less longwave radiation, so are better at keeping more of it in our atmosphere rather than emitting it out into space. Low clouds are warmer and emit more of this longwave infrared radiation. This means that higher clouds tend to have a warming effect on the Earth’s surface and atmosphere. 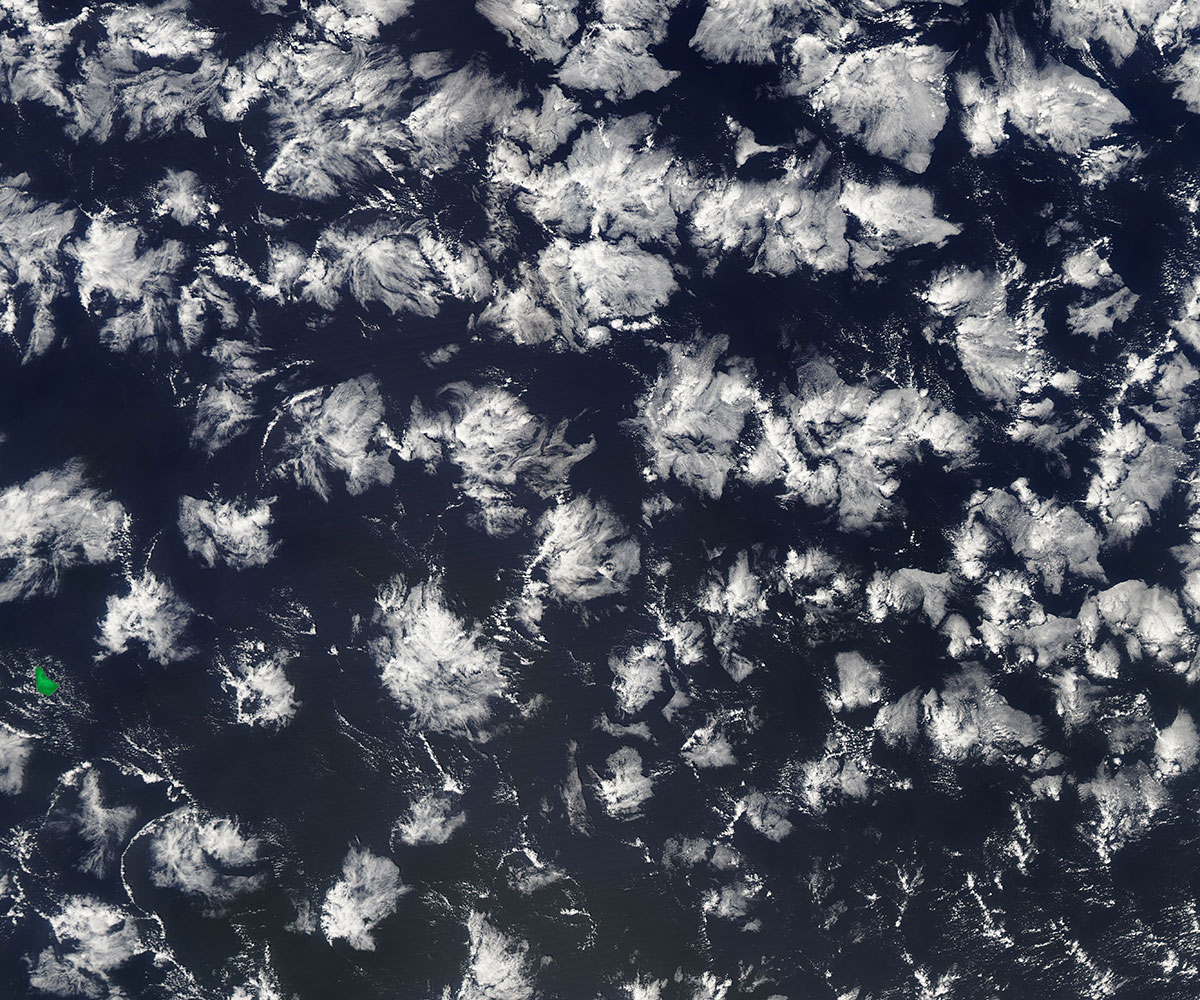 What happens to clouds as the climate gets warmer?

The warmer the air is, the more water vapour it can hold. We can already see that happening in our measurements. But this doesn’t automatically mean you get more clouds – in fact, a warmer atmosphere can hold more water vapour before it gets saturated and starts to condense.

Water vapour is a strong greenhouse gas in itself, so there is a feedback here that actually causes more warming. Temperature goes up, so water vapour increases, and so does temperature, again.

But clouds also respond. And how they respond is a delicate balance between the temperature and water vapour levels. Most of our models and observations indicate that – especially over land where the relative humidity seems to go down a little bit because water vapour is increasing but not keeping pace with temperature – we get less clouds.

But how clouds will respond in detail as the climate gets warmer is still one of the biggest uncertainties in climate change modelling.

Where do the uncertainties lie?

There is most uncertainty about low clouds over the subtropical oceans. When you look at climate models, virtually all give a decrease in the amount of low clouds, but by how much varies considerably depending on the sensitivity of the model.

A major review published a few months ago shows that the amount of uncertainty related to clouds has decreased considerably since earlier IPCC (Intergovernmental Panel on Climate Change) reports. This to a large extent can be traced back to the high-resolution simulations of boundary layer (low) clouds. That is something we really focused on as part of the EUCLIPSE project a few years ago and it helped to answer a lot of questions. But we only looked at high resolution simulations of these low clouds on rather small  horizontal scales of 25 km.

What we are finding now is that when you look on a larger scales in the real world, the clouds organise in a hugely complex way in terms of the shapes they form. They organise on scales of hundreds of kilometres, which we haven’t been able to simulate before, so we want to know what happens to these formations as it gets warmer and the effect this has on the climate.

'The primary reason we are interested in clouds from a climate point of view is because they interact with sunlight.’

What are you doing to understand these now?

Earlier this year in the Caribbean there was a huge multinational field experiment called EUREC4A. There were four aircraft above and within the clouds, four ships measuring the ocean conditions and the clouds from below, and we used drones to probe the boundary layer. We were able, over a really big area, to systematically measure and capture the structure of the clouds, the cloud microphysics taking place, the aerosols in the air and the turbulence of the atmosphere.

All that data is now going to be used within a project called CONSTRAIN to produce high resolution models like those we used for EUCLIPSE, but on scales of hundreds of kilometres and with a resolution of 50m. It will allow us to simulate clouds over a large part of the subtropical Atlantic Ocean.

Clouds also lead to rain – what changes are happening there?

Generally, we see the dry areas get drier and the wet get wetter. One area I’m focused on is extreme precipitation and it is very clear that is increasing. If you think of the atmosphere like a sponge, as temperatures rise it can hold more water – for every degree of warming the air can hold 7% more water vapour. Then when you squeeze that sponge, more comes out.

When we look at observational data, however, it suggests that it might be more like 10-12% increase in extreme precipitation per degree warming. That is because it has not just to do with how much water vapour is in the atmosphere but more with the cloud dynamics and how they organise.