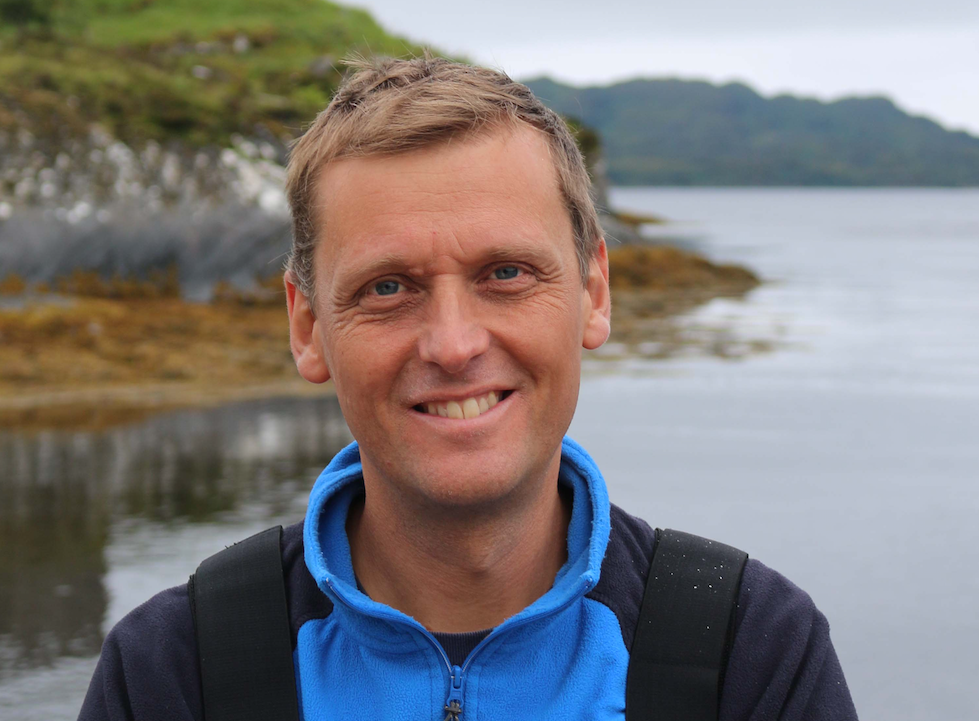 The Atlantic Ocean is under threat from fishing, fossil fuel extraction and deep-sea mining, and the onus should be on these industries to prove that their exploitation is sustainable rather than requiring scientists to come up with reasons to protect it, says Professor J Murray Roberts, a marine biologist at the University of Edinburgh, UK.

He is leading the first ocean-wide health assessment of the Atlantic ecosystem to work out which areas are at risk and how to safeguard them. The study will combine analyses of existing data with deep-ocean observing technologies, including biochemical sensors and automated underwater vehicles.

What are some of the main threats to the Atlantic Ocean?

‘I tend to work a lot on deep-water corals. They're right in the front line of global change. In deeper and colder waters, already things are closer to being lightly corrosive (to coral skeletons). If we add more CO2 from oil and gas combustion, then that process (of acidification) is happening far faster. And the corals of the deep sea are very likely to experience waters that are corrosive, which will mean the (dead) skeletons start to dissolve. The dead coral skeletons – the generations of corals one atop the other forming vast mounds in the deep seas of the Atlantic – the projections are that those will disappear. That's a huge tipping point that we're facing probably in the next 100-200 years.

‘(Corals are) the architects of the deep sea, building the habitat that so many other forms of life rely upon. They're so vulnerable, not just to local change effects, but also the simple and obvious impact of fisheries. If a trawl runs over a deep-water coral reef, there's not much deep-water coral reef left.

‘We're also adding a whole variety of other new stressors. If we mine the deep sea (for metals to use in batteries), we need to understand not just the impacts on the seabed, where we scrape the nodules or remove metal-rich crusts from seamounts. We'll (also) disperse slurries and plumes from the surface that will spread right through the water column (the different layers of the sea). These have been modelled, but no one has actually looked at the effects of those plumes on the pelagic biology, the biology of the water column. We'll be doing those sorts of experiments.’

Why does a healthy Atlantic matter?

‘The whole circulation of the Atlantic (is highly connected). I'm sitting in Scotland and I probably wouldn't enjoy sitting in Scotland nearly as much if the Gulf Stream from Florida and the Gulf of Mexico wasn't flowing across, creating the North Atlantic drift currents and keeping us in a really mild maritime climate. We have evidence that (major) circulation (patterns) have already slowed down quite considerably. We should just compare what the climate is like in the Arctic territories of Canada, compared to Norway and Scotland – that’s how different the world would be if that current system wasn’t operating.

‘All of the fish that we eat, everything that's fished from the Atlantic and also the sea basins - the very productive North Sea – all of these things are highly interconnected. And if one system starts to suffer, the others, very quickly, will also degrade.’

You are carrying out an Atlantic ecosystem assessment under a project called iAtlantic. What’s the goal?

‘Our focus is on understanding the pressures … and creating a sort of risk-based approach to managing human activities. It's all about maintaining function.

‘One would argue (that) where you see an ecosystem that's showing signs of tipping from one state into another, plus it's in an area experiencing very rapid climatic and perhaps human-induced changes, those are the areas that we'll need to manage the most carefully. So, we might be putting in different management measures around deep-sea mining, or expanding oil and gas, or how we prosecute fisheries in the future.’ 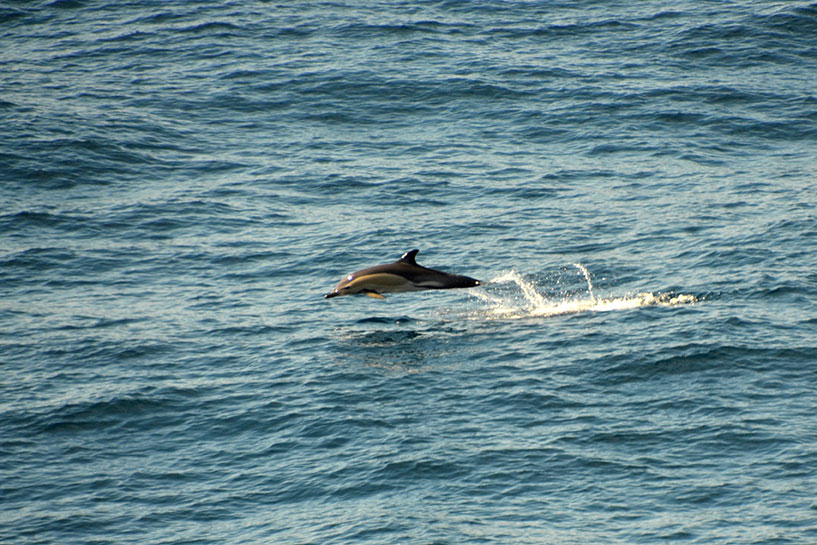 How does this get done?

‘Many of the areas we work on are areas beyond any nation's jurisdiction (in the deep and open ocean). They're managed under the United Nations Convention on the Law of the Sea. At the moment, the UN is negotiating a new legally binding treaty to manage biodiversity in areas beyond national jurisdiction. And so iAtlantic will be very focused on making sure its science translates and is relevant directly to such processes (to feed into new legislation).

‘The onus is always on those that want to see protection to come up with a reason to protect. The onus is very rarely on those that wish to exploit an ecosystem to prove that their exploitation is sustainable. We need to flip that around.’

How do you go about assessing an ocean that runs from the Arctic down to South Africa and the tip of South America?

‘It is an extraordinarily ambitious agenda, to assess ecosystem status across an entire ocean basin.

‘We'll be looking at datasets (illustrating ecosystem changes over time) alongside the physical oceanography of the entire Atlantic and looking at which areas across the broad reach of the Atlantic are changing the most rapidly. So, for instance, there are areas where we see expanding deoxygenation zones. We're seeing areas that are acidifying or becoming warmer and marine heat waves that are increasing in severity and in frequency.

‘I'm very curious to see what we learn about the deoxygenation signals, the lowered oxygen assessments. It will be fascinating just to see how the system is actually operating, as opposed to how we think it might be operating.

Are you really analysing the whole ocean?

‘We have (identified) 12 regions in the Atlantic … and those are the places where we'll focus our activities.

‘It will be fascinating just to see how the system is actually operating, as opposed to how we think it might be operating.’

Could you give us an example?

‘(We’ll have an expedition to study) the Walvis Ridge, which is the ridge that effectively points southwest from Namibia and out into the open south Atlantic. A very rarely studied place, likely to be a very important hotspot of corals and sponges. We have an autonomous underwater vehicle that will robotically map that area and we'll have a remotely operated vehicle to sample and survey the area. That will be deployed with an autonomous plankton sampler so we can sample environmental DNA and preserve those samples even down to 6,000 metres water depth.

‘So that allows us not only to map and photograph the sea floor, but also create an archive of the biology that's in the water. To me, that's like science fiction.’

Previously, research on the Atlantic was divided into North and South, but now scientists are coming together to study the whole Atlantic. What does this enable?

‘There’s a huge emphasis on capacity building. We are learning from the capacities of experts in South America, particularly, because they've maintained and enhanced their expertise in taxonomy, the ability to recognise and classify marine life. Sadly, in Europe and in North America, we've allowed our taxonomists to age and retire. We haven't trained enough new taxonomists.’

What else could we learn, apart from how we should protect the Atlantic?

‘We have taken an approach where we will work on key organisms that have a really important role in the ecosystem. They might be the corals or the sponges or key organisms in the water column (like the humpback whales that migrates throughout the Atlantic). And we'll experiment on the (corals and sponges) in the laboratory, using future scenarios derived from our understanding of how the ocean is likely to behave. I think those experiments will be very telling because sometimes we find that animals have ways of acclimating that we don't (yet) understand.

‘(In the future) I'm very much looking forward to how we better understand the evolutionary potential of Atlantic animals. That's the science that will be completely fascinating.’

The Atlantic is the world’s second largest ocean, stretching from the Arctic down to the Antarctic. Understanding this body of water, how it’s changing and how to protect it, needs researchers from all Atlantic nations to work together.

Until now, researchers have been grouped into two communities: the North Atlantic (EU, US and Canada) and the South Atlantic (EU, South Africa, Brazil). This is changing with the establishment of an all-Atlantic Ocean research community to identify future research and innovation activities in six areas: climate variability, ocean resources, ocean observation, ocean technology, emerging pollutants and polar research.