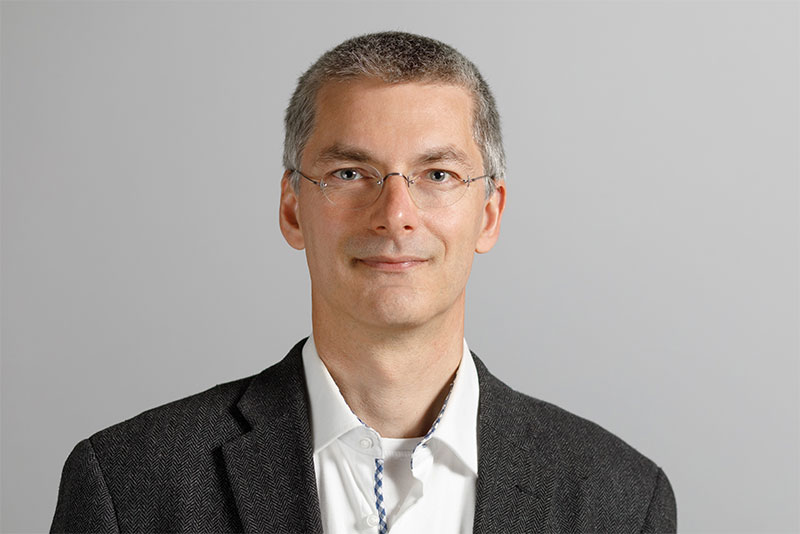 Prof. Klessen says many people are not aware that our galaxy is a dynamic system, with stars and planets being born all the time. Image credit - OliverGriebl/Wikimedia, licenced under CC BY 3.0

The Milky Way might be right on our cosmic doorstep, but a group of astronomers suspect that the way we currently study it is stunting our understanding. Professor Ralf Klessen at Heidelberg University in Germany is one of four researchers who have recently begun a six-year project, ECOGAL, to try something new: imagine our home galaxy as one huge galactic ecosystem.

Prof. Klessen believes that using this lens could answer fundamental questions about how stars and planets form, and how they shape the Milky Way’s future.

What do you mean by studying the galaxy as an ecosystem?

Think of it like trying to understand the climate on Earth. To do that you need to understand cloud physics, solar irradiation, the interaction of oceans with the atmosphere, the impact of humans, the carbon cycle, and so on. In order to really understand how all this works (together) you need to come with lots of complementary expertise, and I think the same applies to understanding our Milky Way and how it evolves.

You’ve described looking at the Milky Way like an ecosystem as a ‘paradigm shift’ for astronomy. What’s wrong with how we study our home galaxy now?

If you look at an image of the Milky Way, you see these dark patches that block the light in the background: that is a collection of clouds made of gas and dust. These things are large and can gravitationally contract to become more compact and eventually form individual stars, or star clusters.

Star formation theories so far mostly look at these clouds in isolation. But we know that only a small fraction of the mass of each cloud is converted into stars (and this happens) on a relatively short timescale. That means the environmental conditions they experience do matter.

But typically these scales are considered disconnected. This approach really hits limits.

What are the major outstanding scientific questions about the Milky Way?

We still do not really fully understand how stars form – in particular, massive stars – and how this connects to their environment. We also have competing theories of how planets form, and how protoplanetary disks – the sites out of which they form – evolve.

There's also an interesting question of, ‘Is the Milky Way special or not?’ If you compare the Milky Way with cosmological simulations, there seem to be indications that our history was particularly boring: there was no catastrophic merging event with some neighbouring galaxy, we have apparently fewer satellite systems than you would expect, and so on.

Could the idea that the Milky Way is especially boring have some bearing on fact that at least one habitable planet – i.e. Earth – has been able to form within it?

It’s difficult to make that connection. The stability of planetary systems is something that is on scales so much smaller than the Milky Way is a whole. The solar system has a few light hours diameter. But light travels from one end of the Milky Way to the other in 100,000 years.

Yet in interacting galaxies, you tend to form stars in a more clustered environment, you tend to form them in a more violent fashion. Of course, if you form more stars in a more compact configuration, you have more interactions that can disrupt the protoplanetary disk that will probably prevent the long-term stability of a planetary system. So, in a dense star cluster we would not expect a solar system like ours to exist.

So, one can make some relations, but only in a statistical sense.

How do you hope ECOGAL will change our understanding of the Milky Way?

We want to build a census of star and planet formation in the Milky Way and how the different environmental conditions influence the process. For example, in the galactic centre, the density is much higher, the radiation field is much more intense, it is much more turbulent than in the solar neighbourhood. If you go further out in the galactic disk, it becomes much more boring – densities are lower, timescales are longer, not that much happens. All these peculiarities influence the properties of stellar birth.

Another aspect is to really understand these feedback loops: how do radiation and winds from stars influence their environment? How do the highly energetic supernova explosions that mark the death of very massive stars contribute to the gas dynamics on large galactic scales? Or on small scales, how do the properties of the host star determine the birth of planetary systems? The question is, in a sense, how does the galactic habitat influence planet formation? Where can you keep planetary systems stable over long-enough timescales for life to form?

Finally, we want to build a comprehensive model of how (the Milky Way) evolves and use this as a role model for galaxies in the more distant universe.

‘Star formation is not something that happened a long time ago and (then stopped) – the universe is full of dynamics.’

What difference will this more holistic view make to the way you conduct research?

We will really look at the connection of these scales and these feedback loops and try to understand them, both observationally with real data, and from a theoretical, computational point of view.

This is very much a team effort. My group works on theoretical models of the Milky Way as a whole and we zoom into individual star-forming regions. Patrick Henebelle (at CEA Paris-Saclay, France) takes individual clouds and zooms in further into individual star formation sites (to study) protoplanetary accretion disks. Each of these scales is then intimately coupled to observation. Sergio Molinari at INAF Rome (Italy) looks at the large-scale distribution of clouds in the Milky Way and young star-forming regions. Leonardo Testi at the European Southern Observatory (ESO) in Garching (Germany) looks at the distribution of protostellar and protoplanetary disks, making the connection observationally between planet formation, star formation and star cluster formation.

ESA’s Gaia mission is set to build a 3D map of the Milky Way by analysing one billion stars, and is releasing new data on 3 December. How will Gaia advance our knowledge? Will you use the data in ECOGAL?

It sounds a bit strange, but getting good distances is extremely difficult in astronomy. For the interstellar medium – the gas between stars – this is so much more difficult (than for stars). We can use the information from Gaia and combine it with distance estimates from modelling of the Milky Way. In that sense Gaia is essential to help build a three-dimensional picture of the gas distribution in the Milky Way.

But because it is an optical instrument, Gaia cannot really see very deeply into the enshrouded regions where young clusters (of stars) form. For that reason, infrared or submillimetre observations, like those by the Atacama large millimetre/submillimetre array (ALMA) in Chile operated by ESO, and other radio telescopes, are our bread and butter.

What is the most important thing someone should know about the Milky Way?

This dynamic picture of the universe is something that I find extremely fascinating, and I think it is a picture that maybe not so many people are aware of. They think of the heavens as this eternal thing that does not change. That is absolutely not the case.