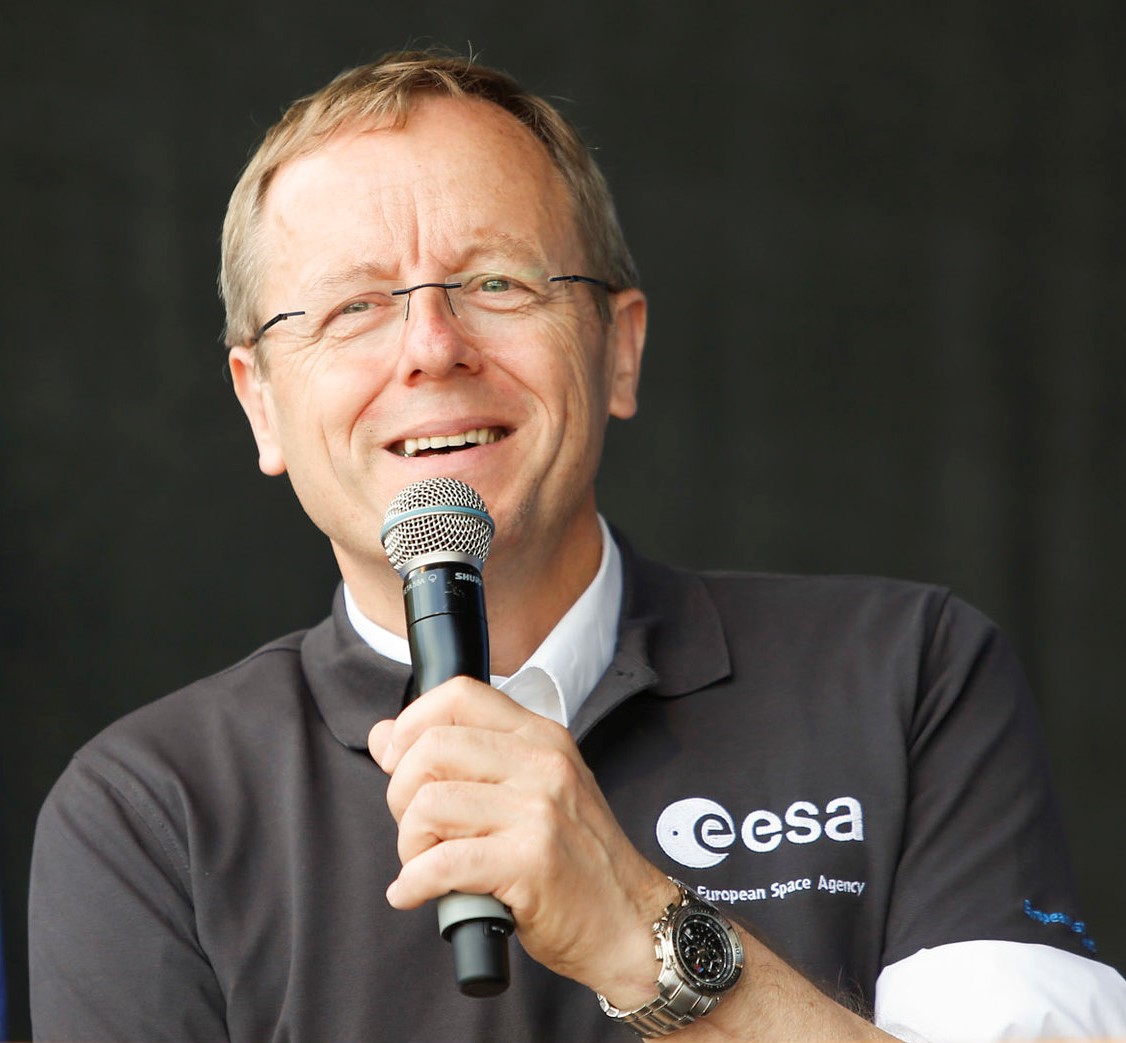 Human spaceflight is dangerous, but worth the risk, according to Jan Wörner, the Director General of the European Space Agency (ESA). But even so, there are limits – like Mars. Robots, as proxies for human exploration, can take on dangerous missions by travelling to places astronauts are not yet capable of reaching, but they can never replace what we learn from putting women and men in space, according Wörner.

On 12 April, the International Day of Human Space Flight commemorates the first human – Yuri Gagarin – travelling to space in 1961, and the inaugural Space Shuttle mission on the same day in 1981.

Since Gagarin, humans have flown to space hundreds of times, including six missions to the moon, and have maintained a permanent space presence on board the orbiting International Space Station (ISS) since November 2000.

But now new challenges are on the horizon, including returning to the moon and possibly going to Mars. We spoke to the head of ESA about why humans should go to space, the value of robotic exploration, and what role Europe has to play in the future.

What is ESA’s current involvement in human spaceflight?

'ESA is strongly involved in human spaceflight. We have our own astronaut corps. We have Columbus, a European module at the International Space Station (ISS). We are right now, together with the Americans, preparing the new SLS (Space Launch System), the American heavy launcher. Europe is providing the European Service Module (which provides life support and power for) the (Orion) capsule. We are also looking forward to be part of the (Lunar) Gateway (a space station currently being developed) and go to the surface of the moon. Human spaceflight is a big part in the ESA programme.'

Why send humans to space?

'We should accept that it is in the DNA of humans to discover things by themselves. It is in our DNA to discover. If an astronaut reports from (their) experience in space about the fragility and the beauty of the Earth, then this word is much stronger than any robotic system.

'Then we have the geopolitical aspect of human spaceflight. Right now, in the International Space Station we have Japanese, Canadians, Americans, Russians and Europeans, not at the same time but always some nationalities at the same time. (This) is really preaching earthly (cooperation) better than any robotic mission.'

What are some of the benefits of human versus robotic spaceflight?

'With astronauts in space, we can do things we cannot do with robots. How (do you) measure the blood pressure of a robot, the mood system of a robot? We get a lot of information from the astronauts as being the experiment themselves to be used on Earth.

'There is a big number of arguments for human flight, but at the same time, we need robotic missions. We cannot go with astronauts far away from the Earth to Jupiter or Venus or Mercury.'

In terms of exploring the moon and Mars, is human spaceflight worth the cost?

'Concerning the moon, I totally believe yes, because humans on the surface of the moon can develop and do things (such as explore and perform varied scientific experiments). If you ask me about Mars, that's a more difficult question. From my perspective, we cannot dare to send humans to Mars in the near future, because we do not have the technical infrastructure, the technical means, to go to Mars and back without risking too much. It takes about two years to go to Mars and back, and if there's any technical or physical or psychological problems in between, we cannot go back faster.

'For us at ESA, we do not have any preparation or any project to send humans to Mars. We believe this is far in the future and maybe humans will even go beyond Mars, but not in the next tens of years.'

Do you think that the general public has a stronger emotional attachment to human or robotic spaceflight?

'I hope that they see both as interesting. When we had the flight to (67P) Churyumov-Gerasimenko, the tiny comet where we tried to land (with the Philae probe), people were really fascinated by this. Both have their value, robotic missions as well as human missions.'

‘It is in our DNA to discover.’

When is it best to deploy astronauts or robots?

'There is no either or. We need both. And the best is when robotic capabilities are merged with human activities. Human missions have specific advantages and specific boundary conditions. Therefore one has to decide case by case.'

Robotic missions are cheaper than human ones. Would sticking to them be better for financial and exploratory reasons?

'It's a trap because of course, robotic missions are much cheaper than any human spaceflight. Someone could say ‘instead of doing one human spaceflight, we do 10 robotic missions.’ Yes, one can say that, but look back to the Earth. Instead of going on one trip personally from the UK to (the) USA to see Texas, you could download all the pictures from Texas and you have the same images you could see when you are there. Is it really a serious comparison? I think no.

'Humans live by having their specific experience. The astronauts are ambassadors of us (humanity) in space and therefore they cannot be substituted by robots. I’m convinced that we should do both. It's not expensive at all. In ESA we spend (the equivalent of) about one euro – for human space mission per year – per citizen, so a very small amount.'

Is human spaceflight worth the risk that it poses to the astronauts?

'When I bring European astronauts to the launchpad, normally I guide them really to the rocket itself. These young men and women, they could be my children. I always have the feeling when I bring them to the launchpad, I'm risking their lives. Is it worth what I'm doing? Is it worthwhile? After all the discussions, I think humans are there on Earth to take risks.

'If we don't take risks, we will not have any further development. It's part of our understanding to take risks in order to go further. This is in each and everything we are doing in life. It's a balance between risk and opportunity. I believe that human spaceflight is for sure a very difficult and very dangerous one, but is worthwhile also to take the risk. It is in the nature of humans.'