Public should be at heart of 21st-century science – Commissioner Moedas 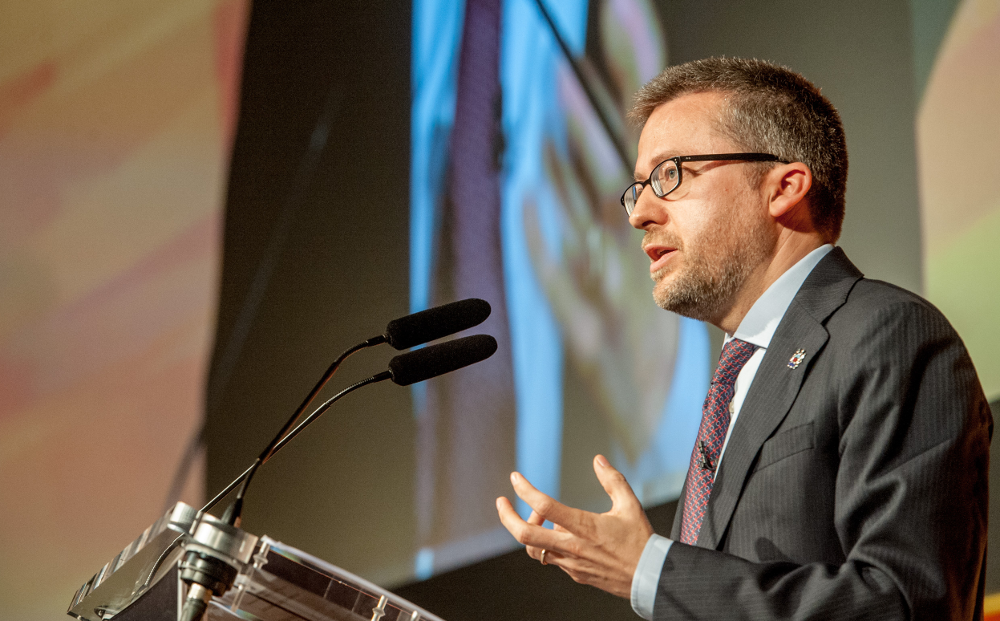 Enhancing trust in science through public engagement and open, transparent research is vital if we are to avoid descending into a 'post-factual society', according to Carlos Moedas, the European Commissioner for Research, Innovation and Science.

Commissioner Moedas told an audience of researchers and policymakers at the EuroScience Open Forum (ESOF) conference in Manchester, UK, that people feel left behind by politics and science, and this is having a knock-on effect on society.

‘The gap between science and the public leads to at best apathy and at worst distrust,’ he said.

‘The current lack of public and political engagement in fact-based decision making makes us all wonder, have we entered a post-factual era of democracy? One in which the public identifies with populist rhetoric and decisions are made based on fears and assumptions?’

Commissioner Moedas was speaking at one of a number of sessions to address the issue of openness in science which were held at ESOF between 23 and 27 July.

He said that science in the 21st century would be defined by the relationship between scientists, the public and data, and that the public should be at the centre of this.

‘The relationship with the public will define science because, unlike in the past, each of us commands more information in our pockets than any scientist can ever read in their lifetime,’ he said. ‘So this information overload requires public trust for scientists to determine fact from fiction.’

‘The future of our knowledge economy will rely on public access to data, so that the European public can take part in scientific debate (and) directly access scientific evidence on the issues they care about,’ he said.

Since the beginning of Horizon 2020, research projects funded under the programme have been required to publish all results in places that are freely available, a process known as open access.

‘The current lack of public and political engagement in fact-based decision making makes us all wonder, have we entered a post-factual era of democracy?’

In the next phase of Horizon 2020 funding, which was launched on 25 July, this has now been extended to require that all data generated as a result of the project should be made openly available by default, with exceptions only made in specific cases.

The Commissioner told the audience in Manchester that he is working on plans to introduce a research exception to EU copyright law that will allow people to mine text and data without being worried about copyright infringements.

In a separate session, Robert-Jan Smits, who heads up the EU’s Directorate-General for Research and Innovation, said: ‘Data needs to be shared much more and made interoperable. We want to lead by example in Horizon 2020.’

By requiring people who receive funding to ensure their data is findable, accessible, interoperable, researchable and curatable, funding agencies such as the European Commission have a key role to play in shaping the innovation environment within the EU, he said.

Smits was speaking at a discussion on radical ideas for the future of science and innovation policy, where he said that open access and open data will also play a central role in creating a more innovative environment in the EU.

He said that creating a better ‘ecosystem’ for innovation is one of the ideas behind the forthcoming European Innovation Council, an initiative that has been proposed by Commissioner Moedas to stimulate the level of innovation in the EU.

By adding open access and open data as conditions of funding, organisations such as the EU are also helping to shape the future of science publishing, say experts.

'Funders are more involved in the way research is communicated,' said Phill Jones from research technology company Digital Science during an ESOF session to discuss the future of science publishing. ‘In the same way that they forced researchers to make things open access and to archive them, they're going to start making people put their data (out there) openly.'

Dr Rush D Holt, chief executive of the American Association for the Advancement of Science, said that being open about scientific results helps with public engagement. ‘The reason we publish (scientific) journals is to help communicate reliable knowledge. And that requires openness, it requires openness in the data and the procedures, and this is all so that the reliable knowledge is in a form that society can use.’

In the future, scientific results will be published in the form of datasets, videos of techniques, analysis codes, as well as articles, according to the panel, which also included the representatives from journal publishers PLOS and Elsevier, and funding body Science Europe.

This could not only lead to results being published more rapidly than current formulations allow, but they might also be published in a different order, with data being published first, followed by analysis, methods and then a full article, rather than the other way around.

Of course this would have to be accompanied by a new system for giving credit to researchers such as data scientists to help them build their career, the panel said.