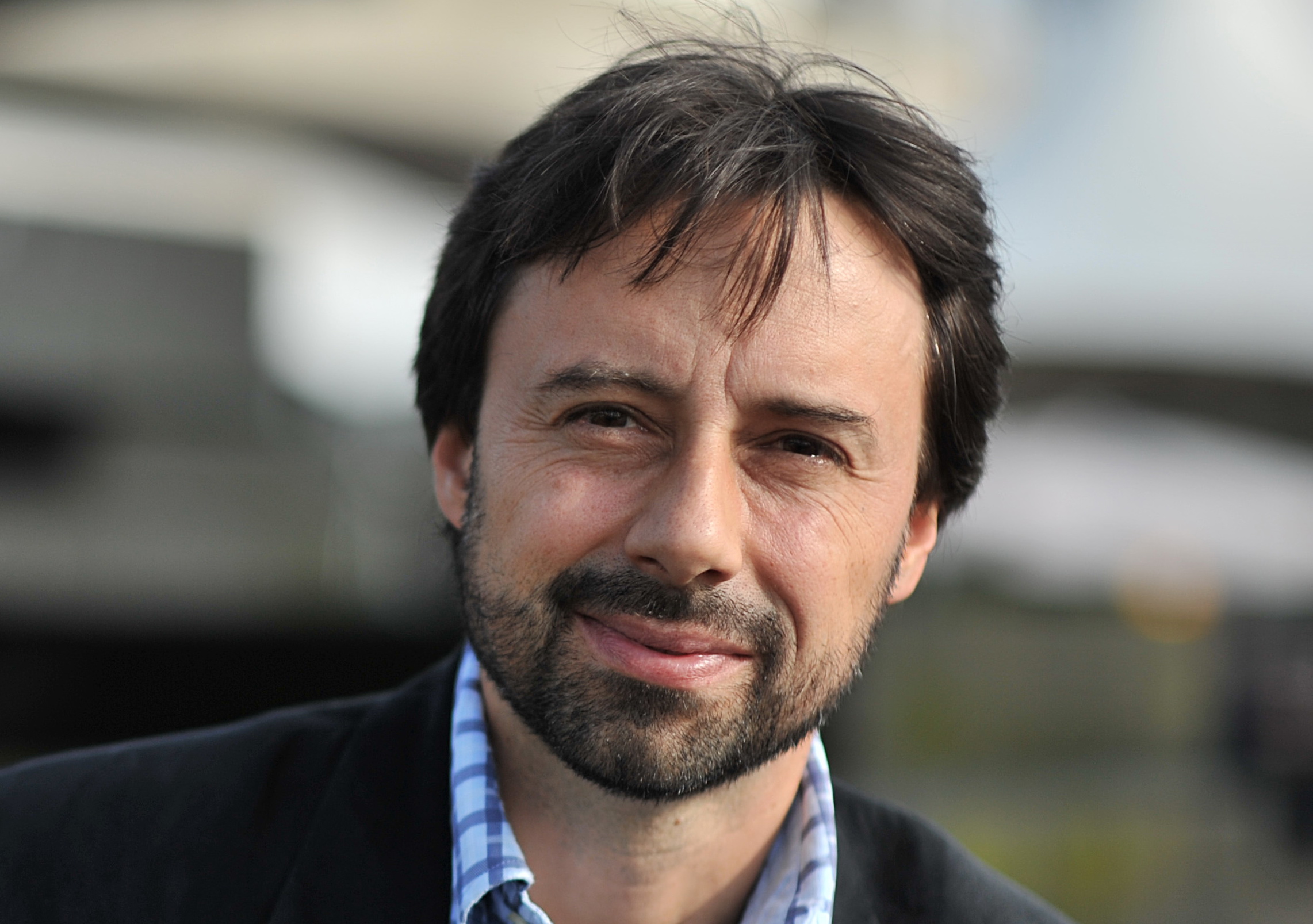 Prof. Feiko ter Kuile specialises in the prevention of malaria in pregnant women and providing the correct antimalarial drugs to treat them. Image Credit - Jeroen Oerlemans

Preventing malaria drug resistance is essential in fighting the disease, and protecting vulnerable mothers-to-be, says Professor Feiko ter Kuile, a clinical epidemiologist from the Liverpool School of Tropical Medicine in the UK.

As a clinical epidemiologist with vast field experience in the developing world, why do you think that malaria remains such a threat despite the availability of treatments?

‘A growing concern is the spread of malaria that is resistant to the artemisinin-based combination therapies, or ACTs. These are among the most effective antimalarials we have. Resistance started to emerge about a decade ago and has exacerbated over the past seven years in areas such as Southeast Asia, where it’s present to a very worrying degree. Fortunately, drug resistance has not yet reached Africa, where transmission rate is much higher.

‘What causes the spread of resistance is often the widespread use of existing drugs, particularly at sub-therapeutic doses, for example drugs being sold over the counter, often at lower than the recommended dose because the patient can’t afford the full course, or to any individual with fever, many of whom might not have malaria.

‘Typically, the WHO (World Health Organization) recommends to screen someone for malaria first, and only when you detect the disease do you then treat it. This ensures the drug is only used by those that need it. Unfortunately these diagnostic tests are not available everywhere or test results are ignored, resulting in the much more wide spread use of these drugs. Also, if the drugs are administered correctly, the recovery is so fast that the patient often stops taking the medication before completing the full three day course. Inadequate doses that do not kill all parasites in the body provide an ideal opportunity for the parasite to develop resistance to the drug.’

Today you specialise in the prevention of malaria in pregnant women. Why does malaria become so dangerous for expecting mothers?

‘Because of changes needed in the mother’s immune system which allows for a successful pregnancy, the pregnancy makes them more vulnerable to infections, including malaria. Malaria infections are therefore much more common and more severe when women become pregnant. In addition to changes in the immune system, for reasons that we don’t fully understand, pregnant women are also more likely to be bitten by mosquitoes that carry malaria than non-pregnant women of the same age group. Not only are they more vulnerable to mosquito bites, but in later stages of the pregnancy they are also likely to have to use the toilet at night, leaving the protection of their bed nets.

‘There is a lot of renewed interest in malaria elimination, with the ultimate goal of global eradication.’

‘Malaria infection, even when it doesn’t display any symptoms, is harmful to the pregnancy itself: it is associated with spontaneous abortions or stillbirths. It is also dangerous for the children that are often born too early or too small for their gestational age (how far along the pregnancy is). This happens because the parasites nest in the placenta causing a localised inflammatory response that can interfere with oxygen and nutrients transfer to the developing foetus.

‘Each year, approximately 125 million pregnancies occur in areas where malaria is present, representing about 60 % of all pregnancies globally. In Africa, without intervention, we estimate about 12 million pregnant women would be exposed to the parasite, which is responsible for 900 000 babies being born with low birth weight, and 100 000 infant deaths each year.’

Can mothers-to-be take the same drugs normally administered to other adult patients?

‘This is a challenge we always worry about, because of concerns that drugs that may be suitable for adults and children can be harmful for the developing foetus.

‘For many of the newer antimalarial drugs however, the safety in pregnancy is unknown. For this reason, pregnant women tend to get excluded in studies during the drug development phase, which means they don’t benefit once these new, and often more effective, drugs become available on the market, yet they are one of the most vulnerable groups in need of effective medication and treatment. However, we were lucky to receive funding from the Bill and Melinda Gates foundation, the EU and the European & Developing Countries Clinical Trials Partnership (EDCTP). Through a large group of 40 research institutes worldwide, the Malaria in Pregnancy Consortium, we were able to conduct a series of carefully designed studies to look at safety and efficacy of the new generation of drugs to explore new options for both the treatment and prevention of malaria in pregnancy.

‘For example, these ACT antimalarial drugs are not recommended for women in their first trimester as no safety data is available. Instead they are supposed to take seven days of quinine, an old drug that is considered safe for use in early pregnancy. Quinine, however, is associated with dizziness, ringing in the ears and nausea, thus many women fail to complete the full seven day course, with as result that the malaria infection is inadequately treated which is harmful to the pregnancy. Interestingly, we found that the reality is that many women early in their pregnancy are inadvertently treated with ACTs instead of quinine, because they did not yet realise they were pregnant, or were hesitant to report an early pregnancy. We pooled the data from several studies that had followed these women who had been inadvertently exposed to these drugs in early pregnancy, and found that these ACTs were as safe as quinine, and considerably more effective in treating the malaria. Furthermore, they are much better tolerated and can be taken over three days instead of seven days.’

Is prevention our best hope in protecting mothers-to-be?

‘One of the dangerous aspects of malaria in pregnancy is that it often remains asymptomatic (symptomless), and therefore these infections remain undetected and untreated. These parasites are very smart, and can hide in the placenta, which is dangerous for the baby, so prevention is absolutely key.

‘A lot of researchers in Africa are focusing precisely on this, and the most common intervention is what we call intermittent preventive therapy, or IPT. Sulphadoxine-pyrimethamine, or SP, is the only drug currently recommended for IPT. This can be administered to women as three tablets each time they visit for a standard antenatal visit, and has the effect of treating any malaria infection already present in the body as well as protecting women from new infections as the drug hangs around in the body for several weeks. The key challenge here is that the parasite has already developed resistance to this preventive drug, and so a lot of research is now going into replacing it with an effective alternative.’

Are we getting any closer to eradicating malaria once and for all?

‘There is a lot of renewed interest in malaria elimination, with the ultimate goal of global eradication, including from major donors such as the Bill and Melinda Gates Foundation. It's a huge challenge but it is something that is now seriously considered. One strategy is what we call shrinking the map – if you look at the global map you can identify areas where malaria is endemic, and the idea is to make those areas smaller and smaller by starting at the fringes where transmission is already low.’

Malaria is one of the world's deadliest diseases causing 429 000 deaths in 2015. Preventing the misuse of malaria medicine and developing more effective treatments can greatly reduce the number of those suffering from the disease.

The European & Developing Countries Clinical Trials Partnership (EDCTP) aims to accelerate the development of new or improved drugs against malaria, as well as other poverty-related infectious diseases in sub-Saharan Africa.