Preparing for the outbreak: helping research swing into action in central Africa 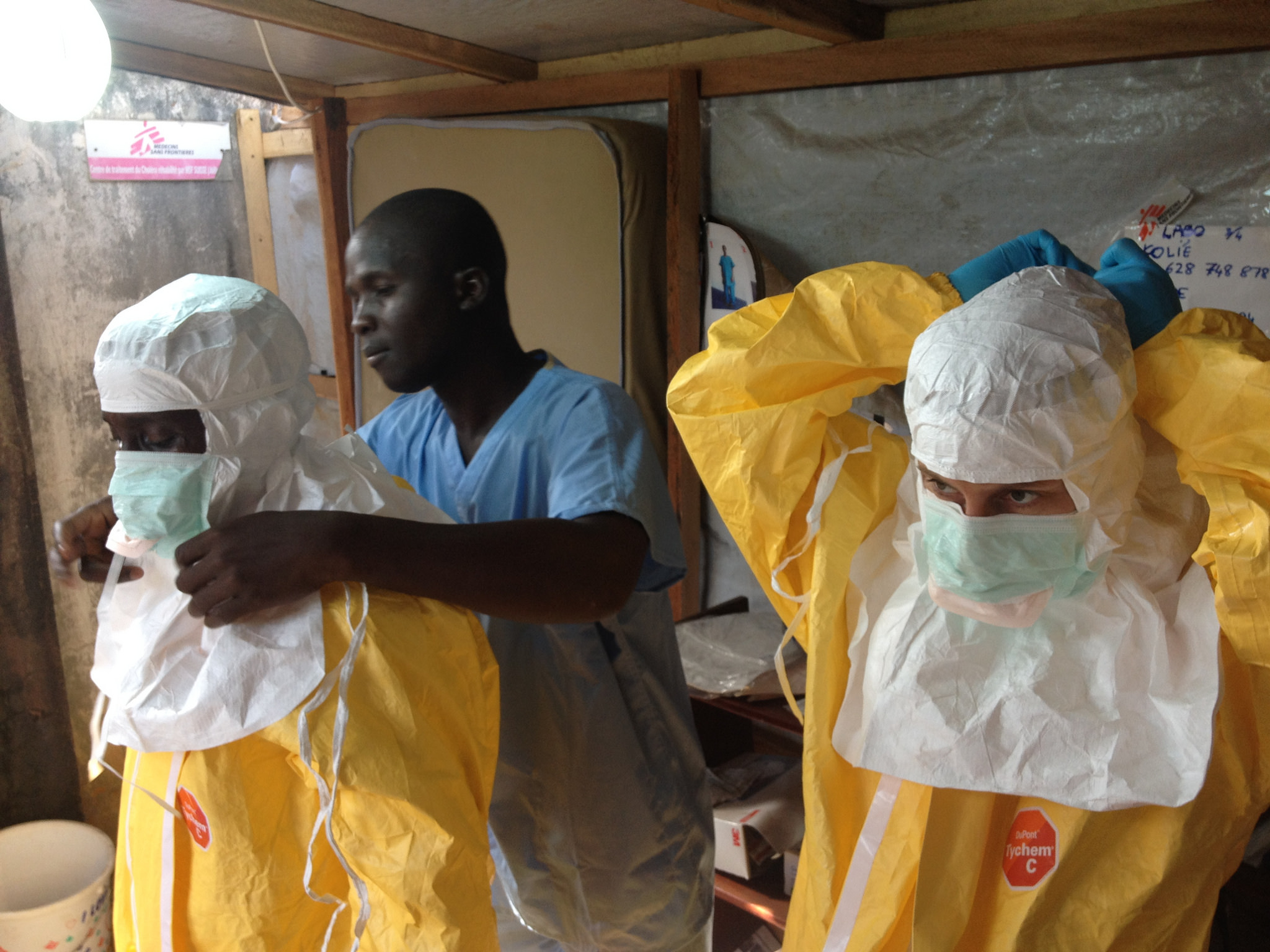 When an outbreak strikes, speed is critical. Health workers must act quickly not only to contain and treat an emerging or re-emerging disease, but also to use this window to evaluate potential treatments and vaccines. And the challenge becomes even greater in sub-Saharan Africa when you’re trying to develop new approaches in the face of multiple emerging diseases.

‘Moving quickly with clinical research is one of the principal needs when it comes to epidemic infections,’ said Professor Peter Horby, an emerging infectious diseases expert at the UK’s Oxford University.

‘Outbreaks tend to last six weeks or less, so if you want to do clinical studies and improve the evidence base, you really have to move fast,’ he said, adding that it is not uncommon for studies to start long after an outbreak is over.

Prof. Horby coordinates the ALERRT consortium, which is funded by the European & Developing Countries Clinical Trials Partnership (see box). The aim is to reduce the impact of disease outbreaks in sub-Saharan African by quickly setting up high-quality, large-scale, multi-site human studies to develop and test medical interventions. To do this, they’re building a network of researchers, public health authorities in nine sub-Saharan African countries and international research organisations.

The aim is to be ready to investigate new treatments as soon as a disease surfaces. Work focuses on both well- and lesser-known diseases, including Lassa fever, yellow fever, monkeypox, chikungunya and Ebola.

‘Currently there are 47 outbreaks in Africa of serious disease,’ said Prof. Horby. ‘We are very busy.’

ALERRT was established in December 2017 in response to the world’s deadliest Ebola outbreak in West Africa, which killed more than 11,000 people in 2014-16 and shed light on the inadequacies of national and international institutions to respond to such events.

Last August, in the Democratic Republic of Congo’s North Kivu region, a new Ebola outbreak flared up – the second that year.

Now in its eighth month, it is the worst in the country’s history and the second-largest the world has seen. As of March 4, 565 people out of 900 have died of the haemorrhagic fever, according to World Health Organization (WHO) estimates.

Soon after it began, the WHO in partnership with ALERRT began human trials for four new experimental treatments. Only one, ZMapp, has been previously tested in patients while the other three are showing promise in early-phase clinical trials.

Although these trials are ongoing, any new evidence that emerges will likely not be of use now but will influence future outbreaks, according to Prof. Horby.

But it’s not just trials that can help fight disease. For Professor Francine Ntoumi, founder of the Congolese Foundation for Medical Research in the Republic of Congo, the type of support offered to local scientists by organisations like ALERRT is invaluable in strengthening the capacity to prepare for, and respond to, disease outbreaks. She believes this is something that’s particularly required in central Africa.

‘Most of these emerging and re-emerging diseases are concentrated in central Africa, yet there are very few clinical trials here,’ said Prof. Ntoumi. She leads a project called PANDORA, which is setting up a pan-African network to tackle infectious disease epidemics.

She added: ‘There is minimal funding in this region and we don’t have the critical mass of scientists.’

PANDORA, also EDCTP-funded, is training local scientists to run better trials and training researchers how to write stronger proposals for funding. ‘This is already making a difference – projects are starting to be supported, based on grant applications,’ she said.

They are also tackling another challenge for researchers in the region – which is that diseases such as Lassa fever often occur in remote or restive areas, which can make it difficult for patients to access clinics to receive medical help or to participate in clinical trials.

Dr Danny Asogun is an expert in Lassa fever and PANDORA’s principle investigator in Nigeria. He said: ‘There are a lot of cases where we have to send samples a long distance. Sometimes the patient dies before the diagnosis comes back.’ He adds that an early diagnosis can mean that 10% of patients die, whereas a late one can mean patient deaths are as high as 60%. To tackle this, PANDORA deploys mobile laboratories to test samples.

Dr Asogun says Lassa infection rates are declining in communities where PANDORA has been involved. ‘We go into the field where (Lassa fever) is endemic, and we provide education. We teach people simple measures they can take at home to prevent the disease – for example, if you cover your food so rodents don’t contaminate it, you stand a higher chance of not being infected.’

Dr Monique Wasunna, director of the Africa office at the not-for-profit drug research and development organisation Drugs for Neglected Diseases Initiative (DNDi), agrees that working with communities is vital.

‘If you involve people in your work – if you explain what you are doing in a language they understand and give them a chance to ask questions, over and over – then they want to work with you.’

Along with its partners, DNDi has developed a WHO-approved 17-day combined injections and pill treatment for visceral leishmaniasis – a curable parasitic disease transmitted by female sandflies that is usually fatal if left untreated. Before 2010, the treatment was a painful daily injection administered over 30 days and requiring a month of hospital stay. They are now aiming for a 14-day treatment and ultimately – a combination of oral medications.

‘Patients are very committed to our trials,’ she said. ‘Some of the patients involved in our trials are nomadic, yet we have a six-month follow-up rate of 100% for visceral leishmaniasis. This is what happens when you develop a rapport with your patients.’

The European & Developing Countries Clinical Trials Partnership (EDCTP) began in 2003 to advance the development of new or improved medical interventions for the three biggest diseases affecting sub-Saharan Africa: HIV, tuberculosis and malaria. Its second programme, launched in 2014, extended its scope to include other neglected infectious diseases, focusing on advanced human trials of treatments, vaccines and diagnostic tools.

The public-public partnership between European and sub-Saharan countries and the EU strives to support research into the clinical development of these interventions. The EU has committed to provide up to €683 million between 2014 and 2024, as long as this is matched by contributions from the European members. Funding is available for researchers from all EU Member States, countries associated to Horizon 2020 and in sub-Saharan Africa.