Positive energy homes a plus for climate change fight 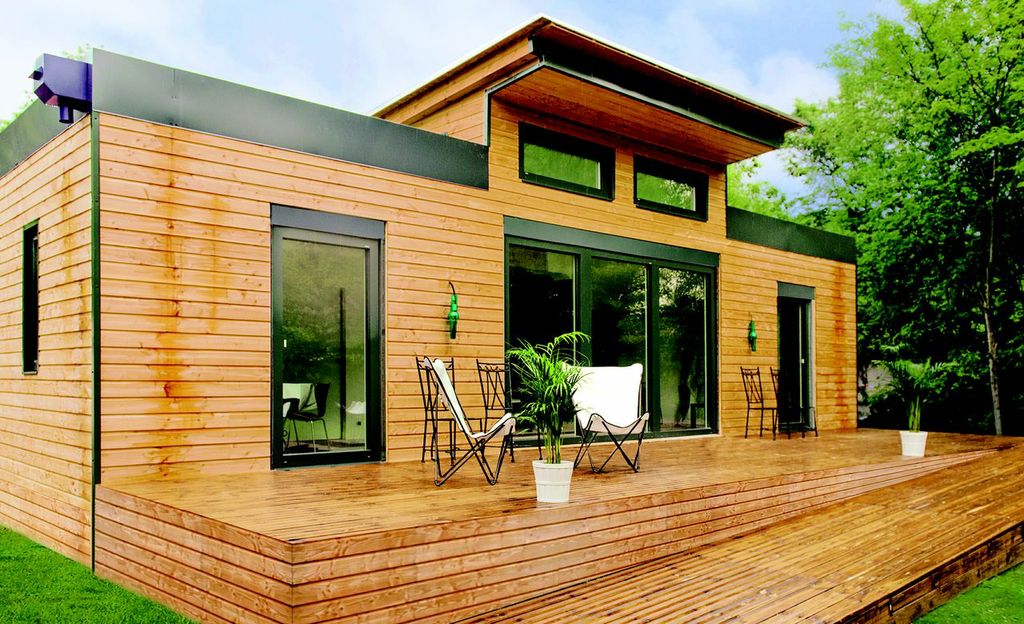 Positive energy homes may sound like something out of a hippy commune, but these days the term has a more practical meaning.

Households cause a fifth of the EU’s greenhouse gas emissions, according to EU data. But it’s now possible for specially designed neighbourhoods, known as positive energy settlements, to be completely carbon free, and even generate clean energy too.

Prof. Santamouris is the coordinator of ZERO-PLUS, an EU-funded project developing positive energy settlements in Cyprus, France, Italy and the UK in order to gain experience of different European climates.

It's the kind of research that will help the EU reach its goal of reducing the amount of energy used in the EU by 30 % by 2030.

‘They are based on two specific principles,' Prof. Santamouris said. 'They employ very high energy-efficiency measures to decrease energy demand as much as possible ... (and) they cover the rest of the energy mandate using renewable sources and advanced energy-management systems.’

For ZERO-PLUS, this will take the shape of solar arrays, both on roofs and in free space, advanced urban wind turbines which sit atop buildings, heat pumps to recycle the warmth from inside houses, and a specialised neighbourhood-wide electricity grid that will ensure efficient supply and demand.

This will allow the settlements to power all of the residents’ needs, including street lights.

‘We may have buildings with much lower energy consumption, and households may consume less, but we may pay more (for energy in the future),’ he said.

'It’s not a very innovative industry, many professionals were trained 20 to 30 years ago.'

The idea is for the settlements to be funded by the contractors, with part of the energy studies and implementation costs funded by the project.

Even in energy-positive neighbourhoods, if there isn’t enough energy produced during peak times, people will have to buy it from the grid. It is therefore in their interests to live in homes which make the most of each kilojoule of energy.

According to data from the European Environmental Agency, the 2014 average household energy consumption was 175 kilowatt-hours per square meter (kWh/m2). ZERO-PLUS aims to cut this down to 20 kWh/m2.

Despite making positive-energy settlements cheaper than individual zero-energy buildings, in the short- and long-term inefficient construction solutions still remain the most common practice.

Laurent Riscala, co-founder of ECOxIA, an engineering company providing solutions for low-carbon buildings said: ‘It’s not a very innovative industry, many professionals were trained 20 to 30 years ago.

‘In France, developers and architects still design building facades east and west, whereas if you want solar input it’s better to have the larger facade facing south. Just to change this custom is difficult.’

In Riscala’s experience some property developers are interested in low-carbon housing, but once faced with the additional costs of materials or paying and training expert craftsmen, they stick with outdated practices.

‘In the long run, people and the industry will have to come to such a way of building because the cost of energy will increase. For the time being one problem is that the return on investment is too long,’ said Riscala.

ECOxIA learned this through analysing different low-carbon housing studies and interviewing industry figures. It was part of an EU-funded study called NZE Buildings that ran during 2015 to give the construction industry tools to be able to offer their customers nearly zero-carbon buildings.

ECOxIA found there was a general lack of knowledge in the construction industry to build low-carbon homes.

‘Our challenge is to find builders, developers and architects who have the customers, or the will, to enter the near-zero energy market,’ said Riscala.

To sway opinion, in both the public and the industry, Riscala says more demonstration sites are needed to showcase the benefits of positive energy or low-carbon housing.

Even so, we can’t just flatten all our cities and rebuild thousands of positive energy settlements. Solutions are needed to update existing infrastructure and help transform our current homes into energy-generating ones.

‘We already have the technologies to make it possible, it’s about finding solutions to the different barriers for district transformation,’ said Francisco Rodríguez Pérez-Curiel, coordinator of SmartEnCity, an EU-funded project upgrading different urban environments.

‘We need people to be aware and take advantage of the potential for producing energy in their immediate environment,’ said Pérez-Curiel. ‘The priority should be turning consumers into prosumers (someone who produces and sells their own energy).

‘And it’s not just about a return of investment, it’s about increasing the value of their assets, their homes.’

To help drive the transition, the project has developed a Smart Zero Carbon City concept to make urban neighbourhoods more eco-friendly by refurbishing housing, providing sustainable transport such as buses fuelled by biogas, and by raising energy awareness among residents.

It received EUR 28 million from the EU to test the concept out by refurbishing 2 500 buildings at sites in Vitoria-Gasteiz in Spain, Tartu in Estonia, and Sonderborg in Denmark.