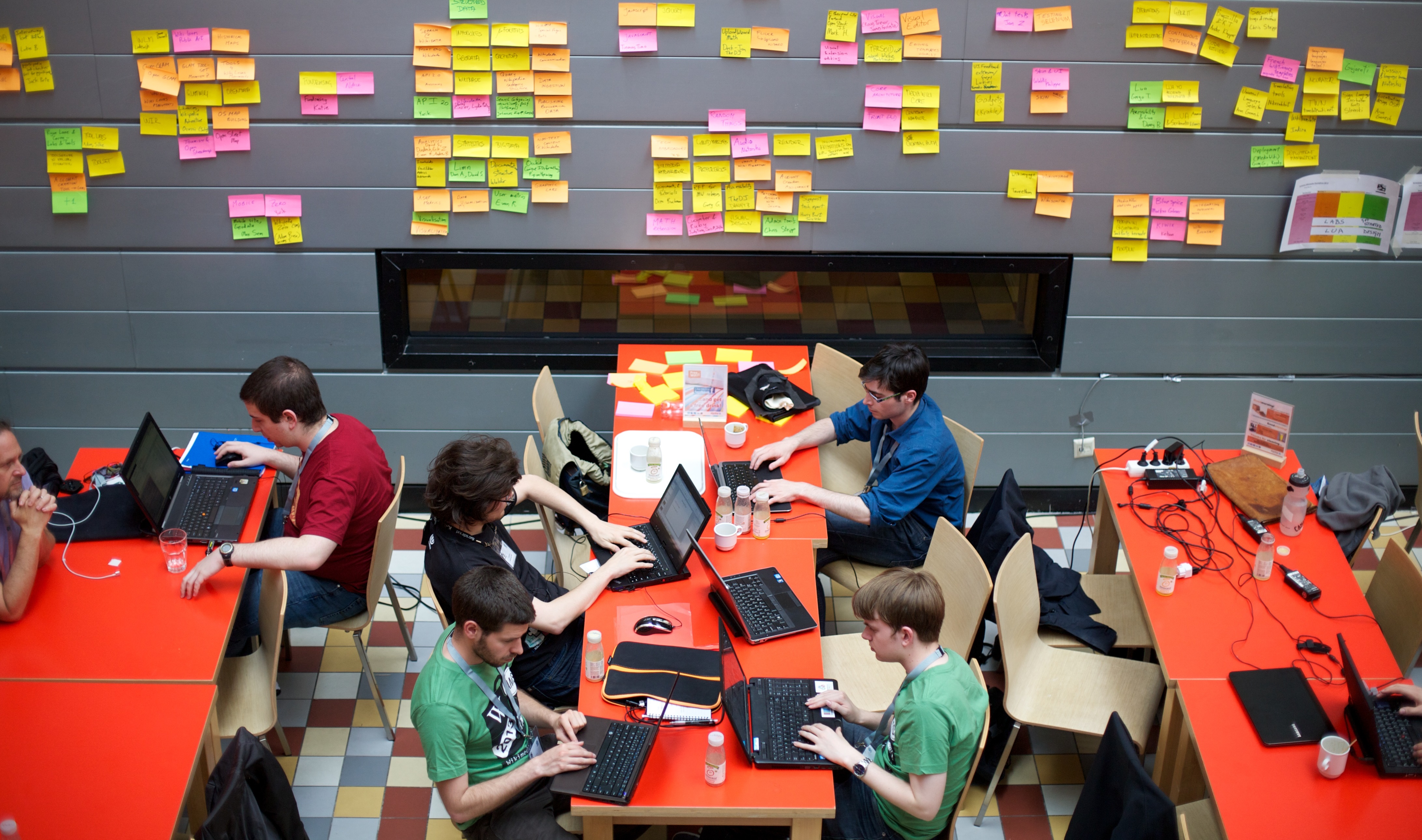 Police and law enforcement staff are turning to hackathons – collaborative events for developing technology – to come up with new ways of searching for clues within the terabytes of data that many people produce every year.

‘We are trying to get them to think like a few geeks in a garage,’ said Seán Gaines from Vicomtech, an applied research centre for visual interaction and communication technologies in San Sebastián, Spain.

The idea is to show police how it is possible to acquire data, process it, get knowledge from it and visualise it all in one day.

Law enforcement agencies often use big data to aid investigations, which can range from the content of a personal computer, to intercepted voice conversations or YouTube videos. Yet, even a 1 terabyte hard drive, for example, can take weeks or months to process as several different file types, some possibly encrypted, would need to be analysed.

‘We are trying to get them to think like a few geeks in a garage.’

In addition, for recovered information to be usable as proof in court, it needs to be examined in a controlled and traceable way.

‘If we can reduce the time it takes to gather intelligence, for example, it could prevent an incident,’ said Gaines. ‘Those hours are critical.’

The first hackathon, which took place in Soesterberg, The Netherlands, in May with over 80 participants, was a success. ‘The idea is to quickly produce a tool that functions rather than waiting for something perfect,’ explained Gaines, who is working on an EU-funded project known as ASGARD.

Law enforcement agents will work together with research organisations and industry so that they learn how to collaborate, as specialised technology can be hard to get a hold of or customise and can be very expensive.

The next hackathon will take place in Paris in November, and the project is planning four more but hasn't decided on the locations yet. The researchers hope to create a community that will continue after the project has finished.

As the internet evolves, police will have more information at their disposal as connected gadgets like fitness trackers and smartwatches become more prevalent.

Professor Peter Druschel from the Max Planck Institute for Software Systems in Saarbrücken, Germany, explained: ‘Just by living and carrying these devices, information about movements and social interactions become visible.’

He is looking at how to balance the needs of individuals who legitimately need privacy, like political dissidents and whistleblowers, with those of law enforcement agencies and service providers who require a certain degree of accountability as part of the IMPACT project, funded by the EU's European Research Council. Currently, he and his team are trying to understand how people feel about privacy, with a view to developing software that could make them safer online.

Existing technology works on the basis of a trusted infrastructure with well-defined policies. However, in today’s internet, identities can be fluid and people often use global third-party platforms.

One of the systems the project is developing will be able to identify internet users based on certain criteria while allowing them to retain some degree of anonymity. An online community for teenagers, for example, wouldn’t need to know people’s real names, but would want to know if they are actually adolescents by verifying their age from a trusted authority.

Under the Directive, phone companies have to make the data available to police when requested to help them investigate and prosecute serious crimes.

The data should be detailed enough to allow detectives to trace the source of a call, know the date and time, the device and the location of the person being called.