Plants can override their body clocks when stressed 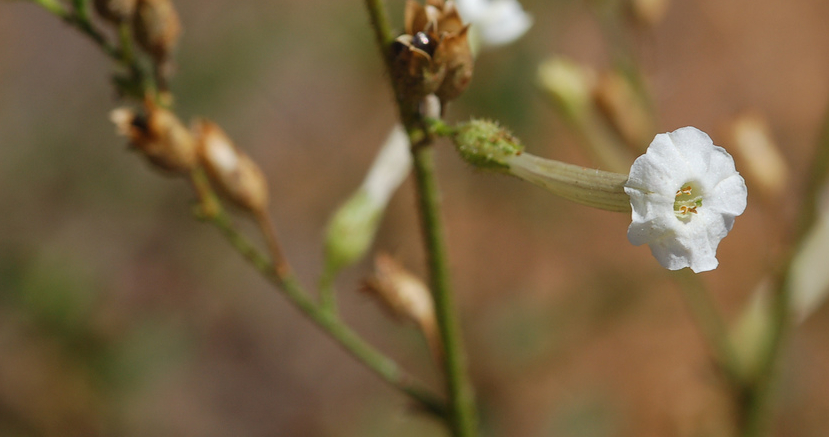 Plants can override their own body clocks in times of stress, hijacking their programmed activities in a last-ditch attempt to survive, according to researchers who believe their work could change the way we think about internal timing.

Most organisms have the innate ability to measure time and, when we think they are reacting to sunrise or sunset, they are in fact ahead of the game, with an internal clock that allows them to anticipate the changes ahead. These so-called circadian rhythms are in control of many of an organisms’ genes, switching them on and off as they control their daily activities.

However, scientists studying the wild tobacco plant (Nicotiana attenuata) have witnessed it departing from its circadian schedule in all sorts of ways to fight problems such as predators or food scarcity.

The discovery could overturn our understanding of the role of plants’ circadian clocks in controlling and orchestrating their behaviour, according to Professor Ian Baldwin, of the Max Planck Institute for Chemical Ecology in Jena, Germany, who says that the findings are raising the question of whether circadian clocks really control the plant – or whether it is the other way round.

His team has been watching the nightly rhythms of tobacco plant flowers, which open after dusk to waft a perfume that lures the hawkmoth Manduca sexta, their pollinator of choice because of the variety of pollen it carries. The flowers also tilt themselves so that the hawkmoth’s long proboscis can enter more easily.

But the hawkmoth is an uncomfortable guest, because it lingers on the tobacco plant’s leaves, laying eggs that hatch into voracious caterpillars.

In retaliation, as soon as the caterpillars start munching its leaves, the tobacco plant sends out a vapour distress signal to the caterpillars’ predators to come over for a feast.

But this isn’t always enough to halt the stripping of its foliage. So, what Prof. Baldwin’s team found was that the plant can invoke a final defence. It sprouts new flowers that stay shut at night and do not tilt upwards. They open, instead, during the day to woo a different pollinator: hawkmoths vanish from the scene and the hummingbird visits instead.

Prof. Baldwin says that the change in chemistry unleashed by the caterpillars – known as the jasmonate signalling cascade – has actually hijacked tobacco’s circadian flower clock preventing it from orchestrating the normal flower behaviour.

‘This is clearly what’s happening. I was totally amazed when we pieced it all together,’ he said. ‘Plants are not just growth machines … We see a much more environment-sensing, plastic organism.’

Prof. Baldwin’s project, known as ClockworkGreen, is funded by the EU’s European Research Council. His team tries to understand the mesh of genetic interactions that underpin circadian control by disabling individual genes to see what happens to the resulting plant.

‘Plants are not just growth machines … We see a much more environment-sensing, plastic organism.’

One such knockout, when planted in the laboratory greenhouse, grew ‘like rubber’ across the earth instead of upright, he said.

This was because it lacked the gene to produce its own phenols – the final stage of a long process, controlled by the circadian clock, to make lignin, which gives plants rigidity.

The scientists were therefore astonished to find that, when they planted the same knockout seedlings in their natural habitat, they grew tall as if nothing had happened.

At first, they assumed that their work had failed. But the truth was more interesting: the plants, undaunted by the failure to deliver phenols, had set about finding them from other sources. They harvested them from chemical pathways triggered by the secretions of predator insects, by ultraviolet light exposure, and even by wind stress. They produced a lignin that was a bit different from normal but the end result was clearly satisfactory: the plants grew tall and survived seven storms in the field.

Prof. Baldwin says that the case of the rubbery plants illustrates how important it is to study how plants respond in the rough and tumble of the wild, rather than in a greenhouse where there is no rich interplay with insects, the weather and other plants.

‘Our basic philosophy is that if you want to understand gene function you have to understand it in the situation in which it evolved,’ he said.

This kind of work is uncommon, partly because of the time it takes. Plants have to be harvested at all times of day and night for chemical snapshots of their gene activity.

Prof. Baldwin believes that the work will overturn our understanding of the function of circadian rhythms in plants when a series of papers reporting the results of the ClockworkGreen project are published later this year. ‘We’re ready for a paradigm shift,’ he said.

The research will help them learn how plants could be adapted to cope with changes in the environment.

Poplar trees also seem to be doing something clever with their body clocks, which Dr Mariano Perales, researcher at the Centre for Plant Biotechnology and Genomics just outside Madrid in Spain, is investigating.

Much plant circadian research has been done on the molecular biologists’ favourite weed, Arabidopsis thaliana, otherwise known as thale cress, which is easy to study because of its short lifecycle. But Dr Perales finds the poplar tree more interesting because it lives longer than a year and must thus synchronise itself with the seasons, not just the days.

‘A herbaceous plant doesn’t care about the seasons,’ said Dr Perales, whose project, WinClock, is funded under the EU’s Marie Skłodowska-Curie programme.

Dr Perales, with his colleague Prof. Isobel Allona, is looking into the elaborate preparations the tree makes for the onset of winter.

It grows layers, like an onion, to cover the growing tips of its roots and shoots. And it pumps antifreeze chemicals around to protect it from frost. And after this it enters a dormant state.

Dr Perales is investigating the crosstalk between the tree and its environment that triggers this shutdown, which starts even before winter begins. It turns out there’s a tapestry of chemical interactions going on, but what intrigues Dr Perales most is the fact that the clock’s final act, once the poplar is ready for the cold season, is to switch itself off.

‘There are no circadian rhythms throughout the winter season,’ said Dr Perales, who is also keen to find out what switches the clock back on again in anticipation of spring.

If he can crack the secrets of the clock, he hopes it may be possible to breed enlightened poplar trees that do not shut down for winter. These might do well in the warmer winters promised by climate change, continuing to grow and thus being more productive.